NEW YORK — With the ambition of a rock star, along with a media savvy polished at New York City’s New School, Mindy Abovitz is breaking barriers for female — and non-binary — musicians with her female-focused drum magazine, Tom Tom.

Via her print and online empire, founder Abovitz holds contests for aspiring female drummers, and fosters collaborations with drummers and esteemed art institutions that empower female musicians throughout the world.

“I try to give confidence to everyone, and specifically to girls and women musicians so they feel better about where they’re at,” Abovitz says.

Ironically, the internet itself posed Abovitz’s first hurdle. In 2009, she searched for terms such as “female drummer” and “girl drummer.” The results were saturated with sexist websites questioning women’s ability to play the drums, sites rating female drummers’ attractiveness or images of bikini-clad women next to drum kits.

So Abovitz started a Blogspot blog and was the site’s first interview subject.

“I pretended I got an e-mail and was like, ‘Wow! I got an inquiry.’ I mostly did it because I wanted to ask really good questions of future drummers,” she says. 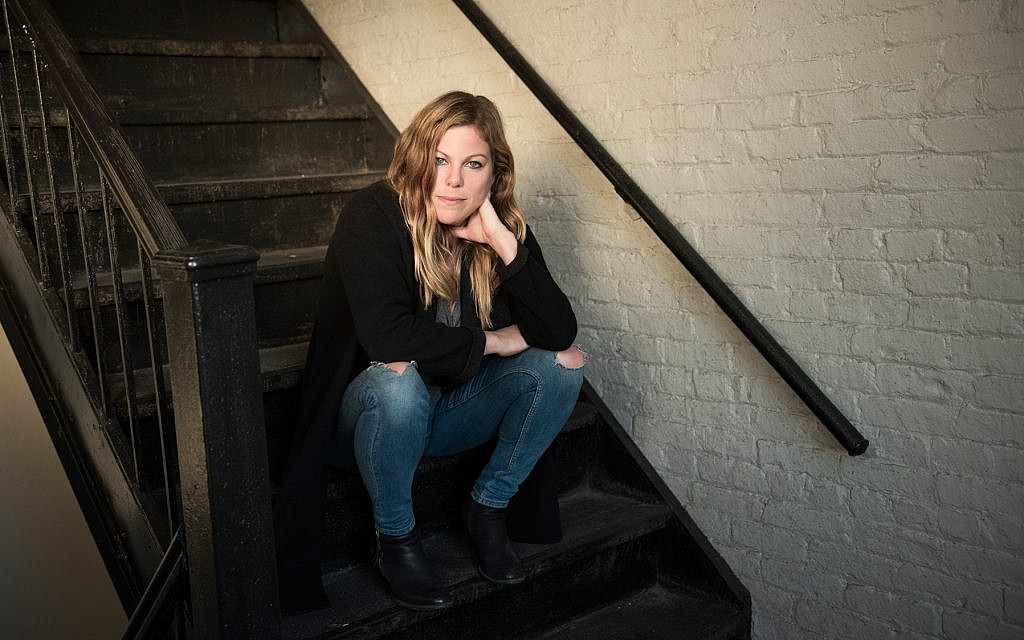 Through targeted tagging, search engine optimization and her network of friends and musicians, the site’s popularity grew.

At the time, Abovitz was working at an online radio station, running sound at local music venues and living in a collective with other musicians. Their house hosted shows with now-famous bands like TV on the Radio, White Magic, and Matt and Kim.

“[I’d] get interviews with these people and a photographer shoots them, and that photographer works for [the photographer] Nan Goldin, and the writer you have work on it is also working at Paste Magazine,” she says. “Some of our early photographers are [now] mega-famous. Same with the writers and musicians.”

“Being in New York is really this magical [place] where our friends happen to be people that people all over the world care about,” Abovitz says. “It’s just an incredibly connected world of creative people I didn’t really understand I was in. And that really set the magazine off.”

“People really liked the idea and were really up for helping,” Abovitz says. 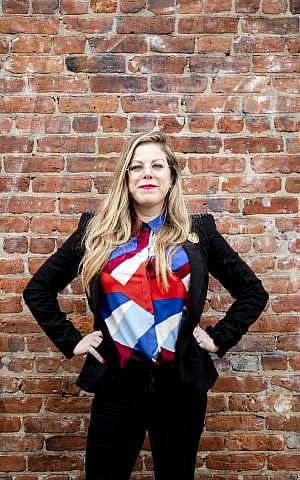 The magazine’s presence is also incredibly timely. In the age of the #MeToo movement, Tom Tom chose to stake a supportive, rather than confrontational, path.

A recent sex and love-themed issue focused on life on tour, self-love and how to navigate relationships as a touring musician.

“I had several people from the drum industry want me to publish their #MeToo stories,” Abovitz says. “My reaction is not to add about how horrible it is out there, but to talk about how empowered some of us are.”

“I was raised with some really strict Jewish tenets, and at the same time there was so much freedom and creativity,” she says.

Abovitz’s grandfather and uncle are both rabbis, her cousin is a cantor, and mother is an artist. Shabbat and holidays were highly spirited.

“You’re singing the [blessings] or whatever you’re singing, and everyone sings loudly, [sometimes] off key, and bangs on the table,” says Abovitz. “Making noise was like, yeah, of course you’re going to make noise in a room at four-[years-old], and at 90, and together at four and 90.”

Abovitz’s parents are both Israeli, and despite having 45 family members in South Florida, 90 percent of her extended family remains in Israel. The actor Shai Avivi is Abovitz’s first cousin, and her late uncle Eli Avivi founded the micro-nation of Achzivland between Nahariya and the Lebanese border. Abovitz also speaks fluent Hebrew, but Israelis often think she sounds like a Russian Jew. 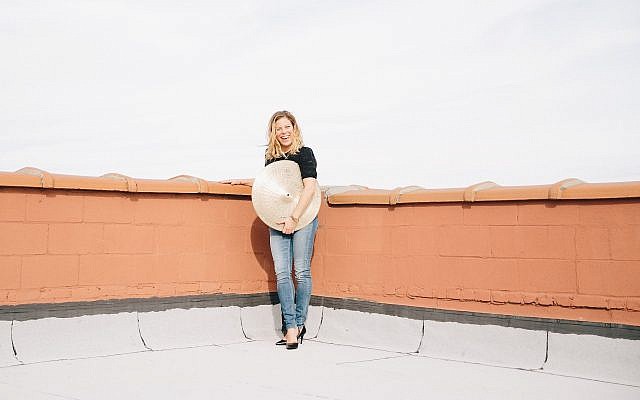 As her bat mitzvah approached, Abovitz developed a stronger feminist identity and began to rebel against Orthodox Judaism’s gender disparities. A prohibition against women reading from the Torah on Shabbat, or having to sit behind a divider “far away from the action,” were not okay, she says.

“I didn’t feel involved, and I think I knew I was never going to get as involved as I wanted to,” Abovitz says.

At 13 and no longer attending private Jewish school, Abovitz shaved her head, started skateboarding and became a feminist punk rocker (also known as a Riot Grrrl). Her independent streak continued throughout high school, where she sported various hair colors, piercings, and mohawks, and into her studies at the University of Florida in Gainesville.

During her undergraduate studies, Abovitz’s musicianship expanded. She grew up playing piano and electric bass, and once at college started banging on her college friends’ drum kits. One day, her best friend surprised her with a red Percussion Plus drum set. The gift changed Abovitz’s life.

The pair recruited three other friends – none with band experience — and started a girls-only group. 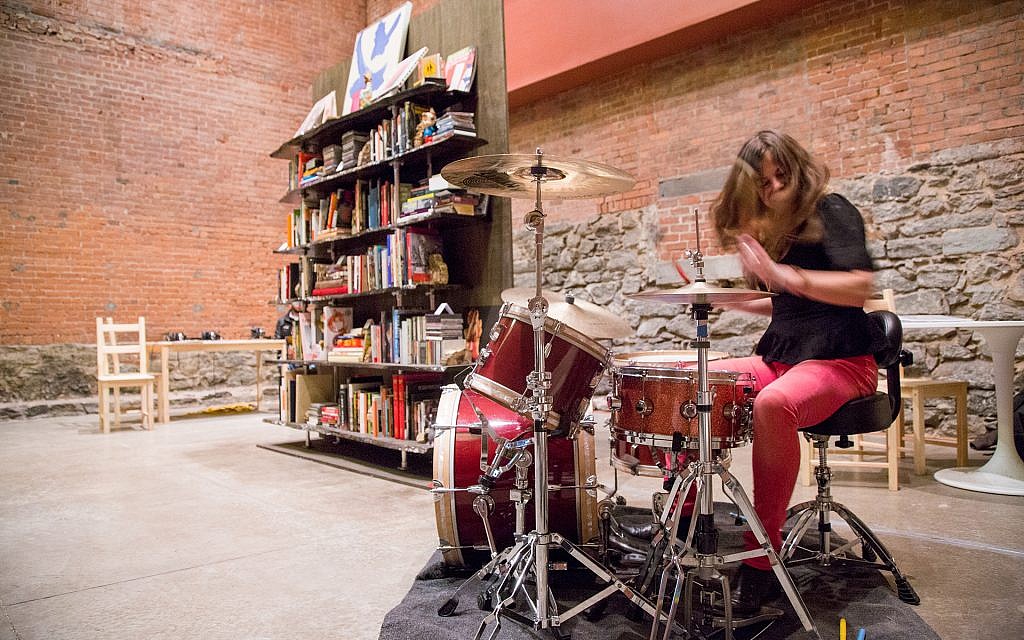 Tom Tom founder Mindy Abovitz was raised in a Modern Orthodox home with ‘some really strict Jewish tenets,’ but also ‘so much freedom and creativity.’ (Brad Heck)

Fast forward a few years and Abovitz is living in New York City, studying media studies at The New School and taking any job she can find in the music industry. She volunteered at a drum camp for girls, worked at a record store, and ran sound at music venues such as Cake Shop and Public Assembly, as well as at East Village Radio.

Around that time, she began searching for women drummers on the internet and realizing all of her paid work in the music industry utilized male DJs, male drummers, male bass players. “It’s all guys,” she says.

Since Abovitz founded Tom Tom in 2009, Google search results for female-drummer and related terms have changed dramatically. Tom Tom’s print, social media and website now reach 250,000 people a month, and Hit Like a Girl — a global drum contest Mindy cofounded — comes up at the top of a websearch.

“[If] you look up female drummer now, the internet’s flooded with videos,” Abovitz says.

Hosted in conjunction with the former publisher of Drum! magazine and the founder of TRX and CRX Cymbals, the Hit Like a Girl contest has female drummers of all ages post YouTube videos, and viewers vote on their favorites. 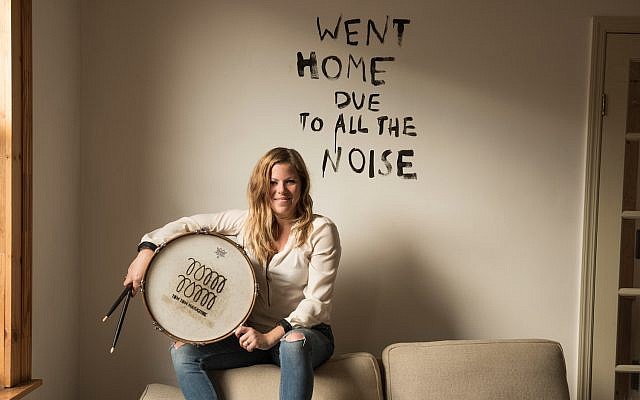 Tom Tom founder Mindy Abovitz loved her Jewish upbringing, but wasn’t comfortable as a woman being placed ‘far away from the action’ in synagogue. (Drew Gurian/ RedBull Mavens)

Abovitz is a sought-after speaker on the subject of creating social change in the music industry, and has spoken at universities including Carnegie Mellon, Cambridge University, and Smith College.

She also won a She Rocks award and was named a Change Agent by the Grammy Awards. One of Abovitz’s crowning achievements, though, is “The Oral History of Female Drummers,” a 2013 percussive performance that brought together six female drummers and a beat boxer at MoMA PS1 in Queens, New York. She has performed the piece in several museums including the Perez Art Museum Miami since then.

Despite her many successes, Abovitz has had her share of challenges. Getting financial support from the drum industry has proven difficult. Companies are more supportive of mainstream magazines, she says.

Tom Tom Academy, a drum school with only female instructors, never took off and closed after a year and a half. And while Abovitz has seen an increase in the number of female drummers, drums retain a reputation for being heavy and antithetical to society’s ideal for a passive female.

“You’re meant to sit at a drum set with your legs spread wide open with a snare drum shoved in your crotch, and you are meant to take up space and hit it pretty hard,” she says. 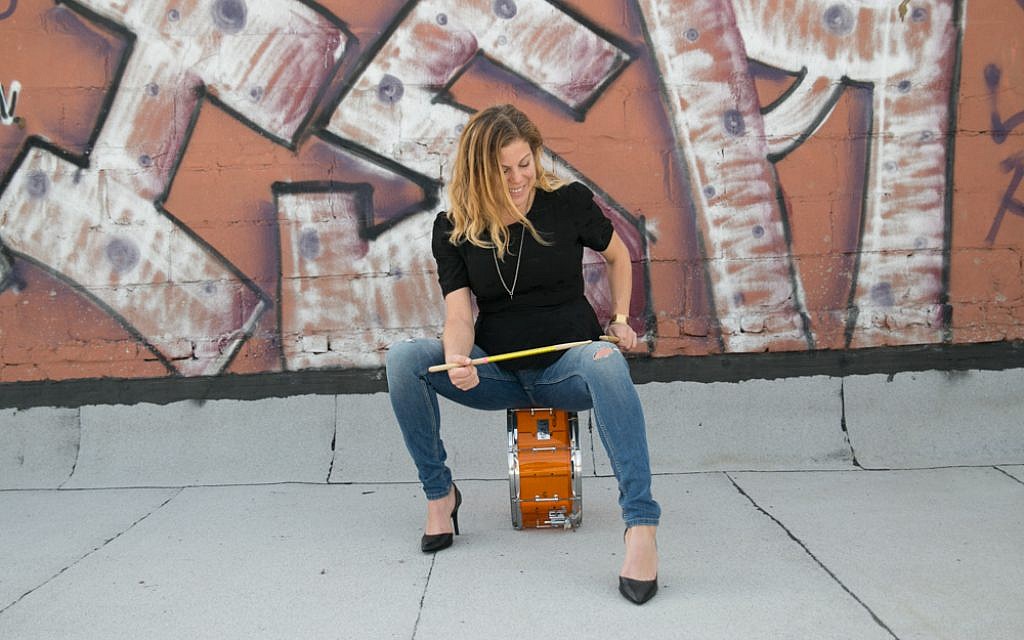 ‘You’re meant to sit at a drum set with your legs spread wide open with a snare drum shoved in your crotch, and you are meant to take up space and hit it pretty hard,’ says Tom Tom founder Mindy Abovitz. (Lauren Kallen)

Tom Tom recently opened an online shop and has plans to develop Tom Tom for teens, Tom Tom tech books, an app, and a conference exploring the future of music.

No matter what happens, Abovitz’s persistence and relentless drive to succeed bodes well for the future of Tom Tom and empowering female drummers worldwide.

“There’s this assumption that [female drummers are] not good at anything. If you’re starting, if you’re ending, if its creative, it’s good,” she says.