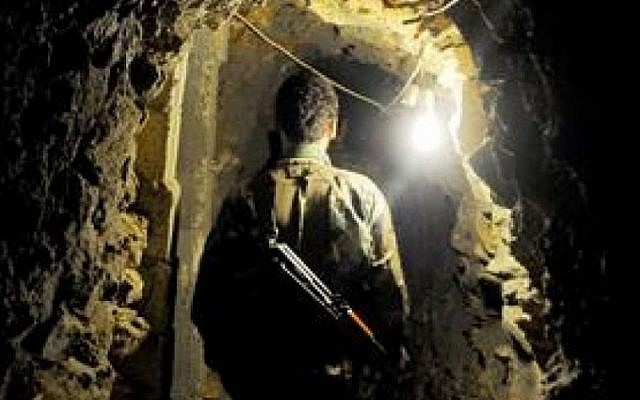 A picture purportedly from inside a Hezbollah tunnel on the northern border, as shown by As-Safir (As-Safir photo)

Hezbollah has built a vast network of advanced tunnels along the border with Israel for use in a future war, using them to conceal tens of thousands of rockets aimed at the Jewish state, a Lebanese newspaper with ties to the Lebanese terror group reported on Friday.

In a series of articles published over the weekend, the daily As-safir examined Hezbollah’s preparations for war against Israel, painting a picture of a military force highly prepared for conflict, both in terms of equipment and of infrastructure.

It should be noted that As-safir, a mouthpiece for the Shiite organization, is neither an objective nor necessarily a credible news source. The accuracy of its claims cannot be verified.

According to the reports, based on a tour of Hezbollah facilities given to the newspaper, the group has built a sprawling underground array of tunnels, bunkers and surveillance outposts along the border with Israel, which it is manning at peak readiness for battle.

The tunnels are said to be highly-advanced, with durable concrete, a 24-hour power supply via underground generators, a ventilation system to prevent damp from damaging military equipment and a web of secondary escape shafts in case of attack. The tunnels are said to be housing tens of thousands of rockets ready for launch, themselves wrapped in protective materials in order to preserve them.

The paper reported that Hezbollah was constantly surveying the Israeli border area with electronic equipment as well as observation posts equipped with night-vision technology. 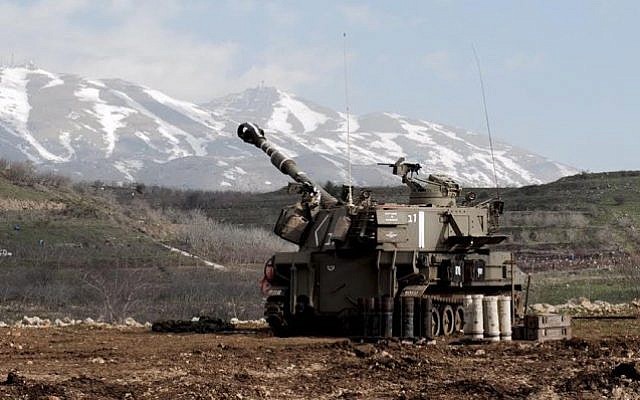 Tunnel construction was said to be continuing around the clock, using primitive means rather than advanced machinery in order to avoid detection by Israeli surveillance.

A senior Israeli intelligence official said last week that Hezbollah has built up a massive arsenal of rockets and other advanced weapons in Shi’ite villages of southern Lebanon, warning civilians would be at risk if war breaks out.

According to the official, Hezbollah has an estimated 100,000 short-range rockets capable of striking northern Israel, several thousand missiles that can reach Tel Aviv and central Israel and hundreds more that can strike the entire country.

Most of the weapons have been transferred to Lebanon through war-torn Syria, coming from Hezbollah’s key allies, the Syrian government and Iran, he said.

The official showed reporters satellite photos of what Israeli intelligence believes are Hezbollah positions in dozens of Shiite villages in southern Lebanon.

The photos were marked with dozens of red icons, signaling what are believed to be missile launchers, arms depots, underground tunnels and command posts.

The official, who spoke on condition of anonymity under military guidelines, said an estimated 200 villages have been turned into “military strongholds.”

One photo showed the village of Muhaybib, with a population of around 1,000 people and 90 buildings, of which more than a third had been marked as Hezbollah assets. In the larger village of Shaqra, with some 4,000 people, Israeli intelligence identified Hezbollah targets in around 400 out of some 1,200 buildings.

The army refused to allow publication of the images.

If war breaks out and Hezbollah fires missiles at Israel, these buildings will be targeted by Israel’s air force, the official said, adding that Israel would give civilians time to evacuate.

Israel and Hezbollah fought a month-long war in 2006 that killed some 1,200 Lebanese, including hundreds of civilians, and 160 Israelis and caused heavy damage to Lebanon’s infrastructure.

Though another Israel-Hezbollah war is always possible, analysts say the group has no interest in renewing hostilities while it is busy fighting alongside President Bashar Assad’s forces against rebels trying to topple him in Syria, including the forces of Islamic State.

Hezbollah leader Hassan Nasrallah warned Friday that the Islamic State posed an existential threat to Lebanon and said his organization may soon be required to call for a general mobilization to fight the group.

“Now is the time for everyone to enlist, anyone who can take part,” Nasrallah told senior organization commanders in a speech. “The danger that threatens us is an existential threat similar to 1982,” he added, referring to the Lebanon War and the Israeli military invasion of Lebanon.

The Hezbollah chief vowed to “use all our strength and all our capabilities to cope with extremist groups.

“In the next phase we may declare general mobilization to all people,” he said.