Record-breaking heat waves and droughts and unprecedented energy prices have made climate change, and the associated innovation surrounding it, a prominent topic. ]The UN Paris Agreement, which positioned climate change a global priority, requires all 194 ratifying nations to report on their progress this year. Additionally, governments and the private sector are pouring increasingly large investments into climate and sustainability solutions while likewise strengthening regulation to combat carbon emissions.

Israel’s ClimateTech industry, born of resilience in the face of scarce resources, has the potential to support international climate goals both with innovative technologies as well as by disseminating Israel’s experience developing a climate innovation ecosystem.

The Roots of Israeli ClimateTech: Paving the Way for Leadership

The Israeli ClimateTech industry was born in the 1950s and 60s, in a young nation with minimal freshwater resources, a desert climate and few natural energy resources. Israel adapted to

these challenges with innovations that include water-saving drip irrigation, precision agriculture, greenhouses and solar-powered water heaters. A World Bank Policy Research Working Paper notes: “Israeli farmers have consequently been able to shape their agricultural system to the climate of their country and take advantage of heat rather than be a victim of it.”

It’s that Israeli spirit of innovation – the ability to adapt and thrive in adverse circumstances – that the world needs for climate change management. 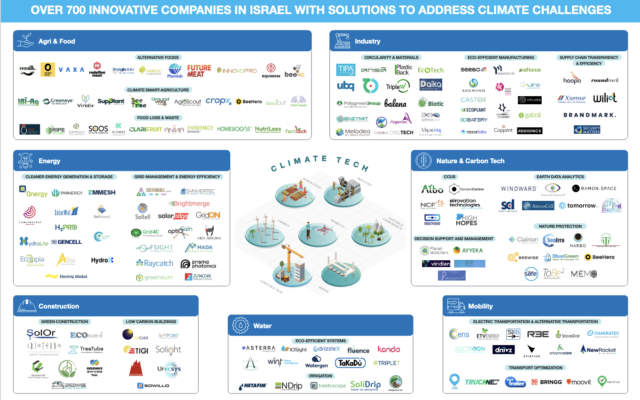 The intersection of climate technology and economic development is where the efforts to achieve carbon neutrality can grow and reach critical mass. The tipping point will be when zero-carbon solutions are actually more cost-effective and economically efficient than their traditional alternatives. The UNFCCC reports that zero-carbon solutions are competitive across economic sectors representing 25% of emissions and, by 2030, they could be competitive in sectors representing over 70% of global emissions.

What is required to make that happen – and what is holding Israeli ClimateTech solutions back?

Tomorrow’s breakthrough climate technology may be brewing in Israeli R&D labs, but these solutions have a long way to go before they see the light as a viable product. Four major challenges facing even the most promising contenders in the Israeli ClimateTech ecosystem are:

1.    Deep tech is too early stage to attract capital
When technology is so early stage that it lacks a fleshed-out business model, VCs tend to be uninterested (even those VCs who specifically invest in ClimateTech, which are rare). Lacking capital investment, these promising climate solutions cannot make it out of the research center.

3.    Proof of concept isn’t developed enough to attract corporations
Even the ideas that do make it to the funded startup stage struggle either financially or in achieving environmental impact until they are incorporated or purchased by a multinational corporation (MNC). Since many early-stage Israeli ClimateTech startups don’t have a marketable proof of concept (POC) or the resources to scale their marketing, they remain invisible to their primary audience.

4.    Lack of accelerators to help make it through the startup pipeline
The path from brilliant idea to sales-ready product is rarely a straight one. Startup accelerators and incubators often fill the role of guiding entrepreneurs through the go-to-market process, encouraging an agile perspective, pivots and iteration. There are very few ClimateTech accelerators in Israel, however, and many promising startups flounder in the go-to-market stage.

Rising to the Challenge

Increasing the number, strength and focus of interconnections within the Israeli ClimateTech ecosystem is a pivotal step in bringing the innovative potential of this sector to the world.

Israeli NGO Start-Up Nation Central (SNC) creates connections and business engagements between ClimateTech-relevant Israeli startups and international stakeholders who are looking to support or integrate ClimateTech solutions. With an online database that maps over 800 active Israeli ClimateTech startups and growth companies, and a presence at international climate events such as COP27 in November 2022, SNC has become an address for multinational corporations and funds that sense that Israeli ClimateTech can bring them value, but need help identifying and cultivating relationships with the most relevant startups.

To help these global entities tap into Israeli innovation, SNC partnered with the Climate Solutions Organization to  create a multi-track competition in collaboration with leading multinational corporations and investors, granting over $2 million in prizes to selected researchers and startups. They are also the initiators of the Middle East and North Africa Alliance for Climate Innovation, a working forum to create regional collaboration and partnership on matters relating to climate change action and solutions.

The Future Could Look Bright

The international community is under pressure to address and mitigate climate change immediately. This velocity of change is only possible through accelerating innovation: both in developing the technologies themselves, and in refining them to be more efficient and cost-effective. 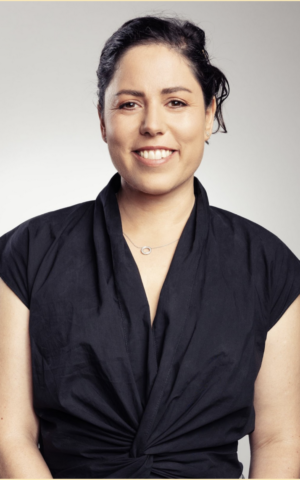 As a long-recognized leader in innovation in sectors that are crucial to combating climate change, Israel is uniquely positioned to bring zero-carbon solutions to the point of being economically competitive and widely adopted. With the right facilitation, connections and relationship-building, Israeli ClimateTech researchers and startups can change the future of our planet.

“Since 2021’s record-setting high, climate-tech is still likely to take up a significant amount of market share in the new year. This year is going to be a challenging year for the whole venture industry globally, but you can see that while the overall amount of VC money invested in Israel throughout 2022 decreased by almost half, climate-tech market share is increasing,” explains Yael Weisz Zilberman, ClimateTech Sector Lead at Start-Up Nation Central. “It’s actually one of the only sectors that have not seen such a drastic reduction like FinTech and Cyber, which have gone down something like 40-50%. The reduction in VC funding for Israeli Climate-tech in 2022 was ‘only’ 25%, surpassing its long-term average”.