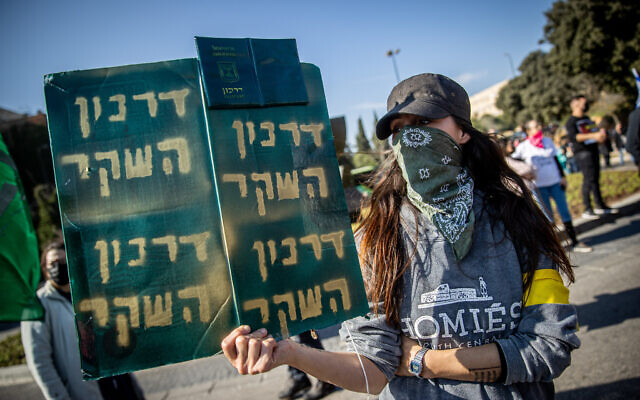 Sign reads 'The False Passport' as Israelis protest against the COVID-19 vaccine outside the Knesset in Jerusalem, January 4, 2021. (Yonatan Sindel/Flash90)

As Israel begins to reopen gyms, hotels, and other venues starting next week, and require those who want to make use of them to show proof that they have been vaccinated against, or have recovered from, COVID-19, many were skeptical of the security of the documentation that shows their status, the so-called “green pass.”

“It is easy with a graphics program to change the text on the pass, but the QR code is what looks scary and hard to forge, no? Actually, this is very easy,” Ran Bar-Zik, an expert on cybersecurity, wrote in a Facebook post Tuesday.

Bar-Zik explained that the QR code on the Health Ministry “green pass” has no encryption, and corresponds directly to a string of text, with the holder’s personal information, including name, ID number, and date of vaccination, identical to the text printed on the pass itself.

“Whoever scans the false pass will see the exact same details as are printed on the pass, and there are already tens of thousands of people forging,” Bar-Zik exclaimed. 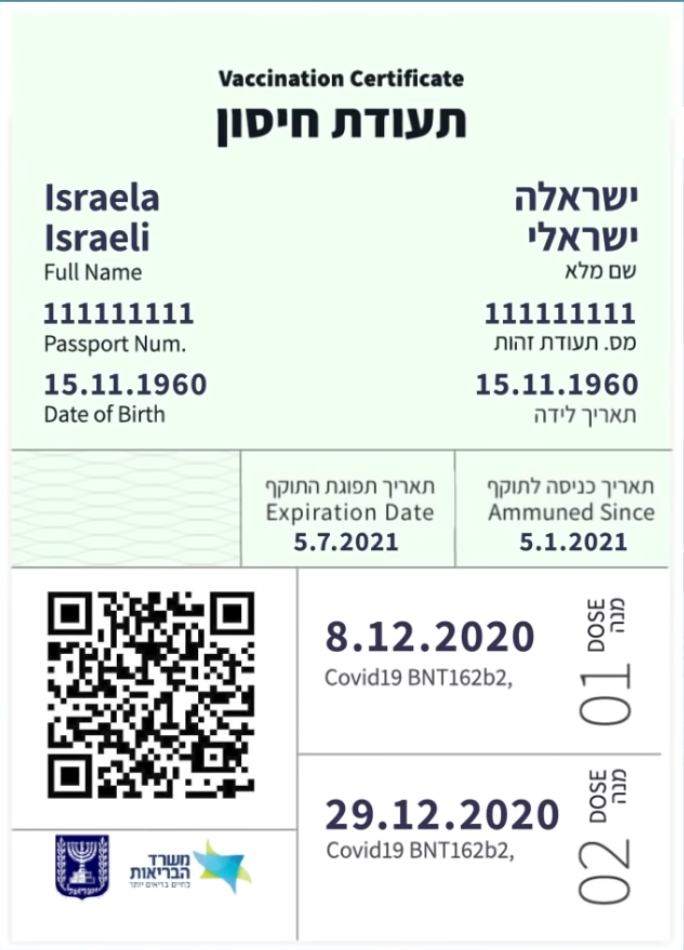 A black market for counterfeit vaccination certificates is already thriving on Telegram, where more than 100,000 users have joined groups that offer the forgeries at a price, Channel 12 reported.

Telegram has been under fire by the Health Ministry for being a “fake news stronghold,” based on the assessment of a team that has been scouring the internet for misinformation that could dissuade people from getting vaccinated and potentially damage Israel’s vaccination drive.

Health Minister Yuli Edelstein has warned that anyone caught with a false vaccination pass could be fined NIS 5,000 ($1,500).

Responding to reports on how easily the passes can be falsified, a spokesperson for the Health Ministry told Channel 12, “The vaccination pass in its current form is meant to provide an initial quick response. At the same time, we are looking into implementing a secure barcode that will be internationally accepted.”

The Health Ministry said it will issue new passes as soon as it resolves the issue.

The concerns regarding forged vaccination certificates come amid widespread government efforts to provide incentives, both positive and negative, to Israelis who are leery of receiving the shots.

A Tuesday survey of Israelis who have not vaccinated found that 41% said they fear possible side effects, 30% are not sure the vaccine is effective, 27% will vaccinate soon, 10% cited information on social media and 4% said the incentives are insufficient. Respondents were allowed to give more than one answer. 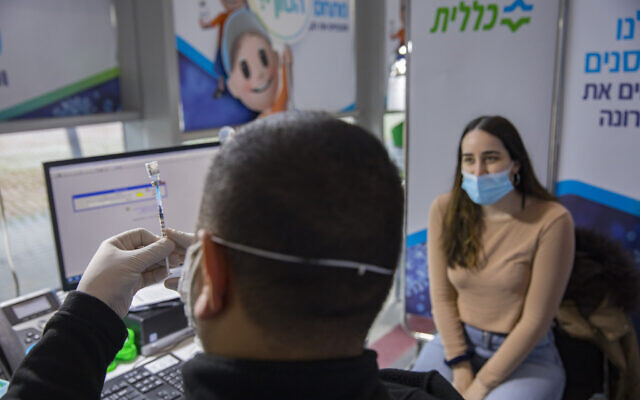 About 25% of those who haven’t been vaccinated yet said they had no intention of getting the shot.

Another Tuesday poll found that, despite a sharp increase in infections among children, only 41% of Israeli parents said they intend to vaccinate their kids once inoculations become available for those under 16. The poll, conducted by the Rushinek research institute, found that 29% of parents don’t plan on vaccinating their 6- to 15-year-olds, 30% are unsure, and 41% plan to do so, Channel 13 reported.

Vaccine hesitancy and skepticism have become a growing concern in recent weeks as Israel’s world-leading inoculation campaign has slowed. However, rates have ticked up again this week as ministers approved measures to reopen certain venues and events only to those who have been vaccinated or previously contracted the virus.

Over four million Israelis, or some 45 percent of the country’s total population, have now received the first dose of the coronavirus vaccine, ministry data showed Wednesday. About 2.7 million Israelis have received both doses.

With the latest milestone, some two-thirds of those eligible to be immunized have received the first Pfizer-BioNTech shot. Fewer than 2 million eligible Israelis have yet to receive either dose. 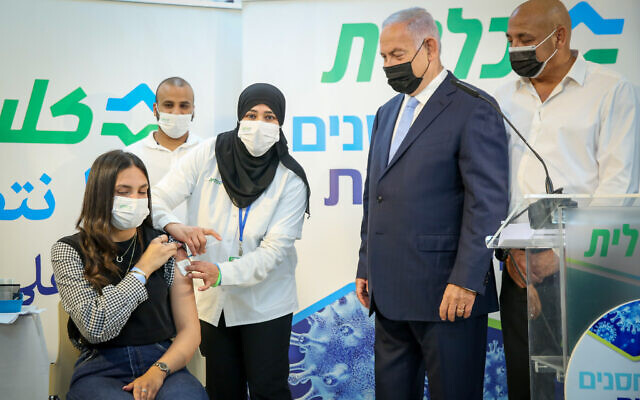 Around 3 million Israelis are not eligible to be vaccinated, including those younger than 16 and those who have recovered from COVID-19, among other reasons.

Cabinet ministers on Monday approved the reopening of stores, gyms, hotels, and other venues starting Sunday, in a major easing of sweeping lockdown measures meant to slow the spread of COVID-19.

Street-front shops, malls, markets, museums, and libraries will be open to all Israelis. But only those who have been vaccinated or have recovered from COVID-19 will be able to use gyms, enter sporting and culture events, hotels, and swimming pools.