LONDON — Michael Rosen had just concluded a talk to school pupils on his search to discover the fate of two of his relatives murdered in the Holocaust, when a young man raised his hand and asked: “Well, none of this actually happened, did it?”

“That kind of threw me,” says Rosen, a popular British children’s author and poet. “I can remember the sort of feeling of flush on my face and not immediately finding the words to explain what it was that I wanted to say.”

But, in the aftermath of this exchange, was born the idea for Rosen’s latest book, “The Missing: The True Story of My Family in World War II,” released this past December. Aimed at children aged 10 and over, “The Missing” is a beautifully written and moving account of his 30-year effort to find out what had happened to his great-aunts and great-uncles who perished in occupied Europe. Through prose and poetry, he uses this account to relate the wider story of the Shoah.

As he writes in its opening pages, throughout his childhood “stories used to hang in the air about French and Polish great-aunts and great-uncles, who were there before the war and weren’t after. ‘What happened?’ I’d ask. ‘Don’t know,’ my family would say. And it was true: they genuinely didn’t know.”

Rosen, the former Children’s Laureate — a prestigious two-year position awarded in the UK — remembers well his confusion as a child at this response. 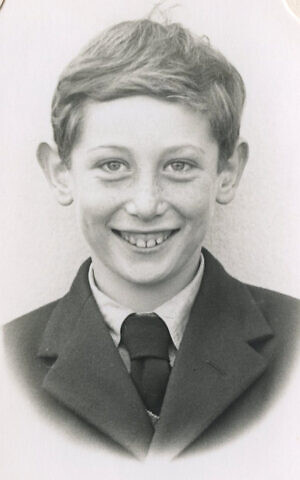 “If you’re told by parents that people have disappeared it’s very hard to get any idea [of] what that actually means,” Rosen says. Growing up in 1950s Britain, he continues, “there was very little on the television. Nuremberg had been culturally forgotten. It was hardly referred to… and then obviously you saw a bit of newsreel of Hitler. But to say ‘disappeared’ it didn’t make sense and then, as I say in the book, when my father referred to ‘the camps,’ again there were no pictures, no internet, so as a child I couldn’t compute it at all, so it was a mystery.”

Two of these “missing” relatives — Oscar and Martin, who had emigrated from Poland to France — especially captured Rosen’s attention. His quest to find out what had happened to them began in earnest in 1991 when Rosen traveled to the United States to find out whether family there knew more than his father did. An initial clue set Rosen on the trail: His father’s cousin, Olga, recalled the name of a street where, as a child, she had written to her French uncles.

It turned out to be a false start, the first of many. “I went down all sorts of different paths, every one of which turned out to be a dead end,” he writes in “The Missing.” Eventually, however, the discovery by his American cousins of two letters from Oscar with his address gave Rosen a crucial piece in the jigsaw.

As the picture became clearer, Rosen made a series of heartbreaking discoveries. He found that Oscar and his wife Rachel had come close to escaping by boat from Nice (then in Italian hands) as part of an audacious plan to evacuate 30,000 Jewish refugees. They were captured when the Nazis marched into the city three days after the Allies announced they had negotiated an armistice with Italy in September 1943.

He traces the couple’s journey on Convoy 62 from Bobigny station in Paris to Auschwitz; uncovering as he does that Oscar was, in fact, born in Oświęcim, Poland. “I wondered when it was he realized that the death camp he was going to was so near his home,” Rosen writes.

And then Rosen uncovers the French police report, dated January 31, 1944, recording the arrest of Martin at 2:30 a.m. in the village of Sainte-Hermine in the Vendée. It details that he has “brown eyes, an oval face, a straight nose and a regular mouth,” as well as “a scar on his left check” and that he was dressed in “yellow cotton trousers and a grey cotton jacket, wearing a Basque beret and low-heeled shoes.”

It is the thought of the gendarmes noting down these details that Rosen found particularly horrifying. “The mundanity of the police report is just quite extraordinary; that four local guys just knocked on a door and arrested somebody simply because [they were a Jew],” he says. “Hannah Arendt got it right, it is the banality of evil.”

In the documentation, he says, you can also see the chain of command as the order to arrest Jews in the Vendée goes out from the Germans and is passed down from the French Prefecture — the local administration run from central government — to the subprefect and then to the local gendarmes.

“Across Europe, [there were] different ways in which collaboration happened,” Rosen says. “I’ve been able to dissect exactly how that worked… in respect to one person and the more you dissect it, the more horrible it gets.”

Rosen’s research led him to find the transit — Convoy 68 — that carried Martin from Paris to Auschwitz barely two months after his brother and sister-in-law had made the same terrible journey. 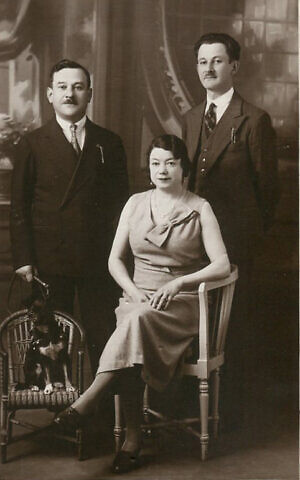 Martin Rosen, left, and Oscar Rosen.
The woman is Lucie Thérèse, who was married to Martin but who died before World War II in 1937. (Courtesy)

But, Rosen believes, there is “a horrific paradox” — first noted by the late Holocaust historian David Cesarani — that “the more you know the less you understand because the more you know about the arbitrariness and banality of it, the harder it is sometimes to understand.” He wonders, for instance, whether, after arresting Martin, the policemen went off to have a cup of coffee and a croissant. “In which case, it’s not understandable,” he says.

For Rosen, the knowledge that the Nazis wished not only to eliminate Jews but also “remove the memory of them” was a powerful factor in driving him to write “The Missing.”

“No one in my family knew anything about [Oscar and Martin],” he writes, “and this frustrated me beyond words. It means the Nazis had succeeded. And the last thing I wanted was for them to have succeeded.” His discoveries about Oscar and Martin, Rosen believes, helped the Nazis’ effort to “fail in a tiny way.”

Although the book is also for adults, Rosen was acutely conscious as he wrote of the young readership he was primarily addressing and it is a memory from his childhood — a family trip to Weimar in Germany, when his parents visited Buchenwald but decided their sons shouldn’t accompany them — that he kept in mind.

“I think as an 11-year-old I would, and could, have understood what was going on but my parents sort of protected me,” Rosen remembers. “They assumed it would be too horrific for me and indeed my brother, who was 15 at the time, to go.”

“I can remember my mother coming back and being very, very shocked and horrified by it,” he says. “I kind of feel — there’s no way of proving it — but that was as shocking as going there, because all I could see was the shock on my mother’s face.” 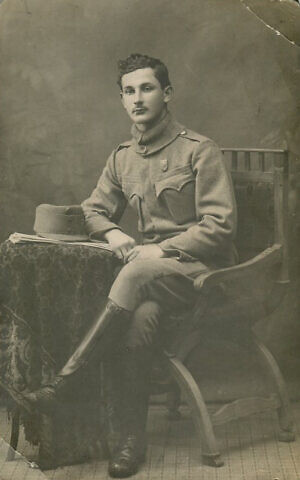 When Rosen asked his mother to explain what she had seen, “she started talking about torture and death, and all I could relate it to as an 11 year old — and I really don’t mean to diminish this in any way at all — was the Tower of London [the Norman-built castle in central London], because the Tower of London has a torture room which we used to go and see.”

“In a way,” Rosen continues, “they prevented me from understanding what had happened and also, in its own way, minimized it and reduced it to the grotesqueness of medieval torture. So I think I’m partly writing for that 11-year-old who wasn’t allowed to go to Buchenwald.”

Rosen acknowledges, too, the importance of Judith Kerr’s semi-autobiographical novel, “When Hitler Stole Pink Rabbit,”  which relates her family’s flight from Nazi Germany to Britain. “She was able to tell that story in such an incredible and brilliant, beautiful way that that existed partly as a model in my mind,” he says of the acclaimed children’s novelist who died last year at the age of 95.

Crucially, though, Rosen also drew on his experience of speaking about the Holocaust to school students.

“I did have a voice that was already there and, of course, when you’ve done it orally you’re looking at children’s faces, you can see the moment somebody’s bored, they’re not getting what you’re saying, so you simplify the sentences, you put in a question, you break it [up],” he says. “So you learn a way of talking to that 10-15 year-old age group that… makes things less abstract, and so I fed that into the way I wrote.”

Rosen also intersperses the chronology of the story with a series of poems. These, he believes, helped him to convey “feeling not just the facts” and to raise questions or emphasize points in a manner which would be more difficult in prose. In one, he relates the arrest of Martin “a man who has done nothing wrong.” In another, he wonders about Oscar and Rachel as they “sat on the floor of the cattle truck as it left Paris”:

“Did you see in the dark
horror on Rachel’s face?
Did she see horror on yours?”

“Poems are like special rooms where I can think slowly about what happened,” he explains in the book. “In a way they’re pictures of my mind.”

But Rosen doesn’t intend the book simply as a work of history. Instead, he hopes it will become “part of a bigger conversation about the refugee crisis [and] how to find fair and decent ways of helping people like my relatives.” He talks about the manner in which Vichy France sought to define “in microscopic detail who was French and who had to be moved and deported eastward to the camps.”

“That process of identifying ‘the other’… has a very chilling echo” in some of the ways in which migrants have been treated in both Britain and America, Rosen warns. “The drawing up of lists, saying you haven’t got the right papers, you’re foreign, and you’re not entitled to do this and that, that constant assault on ‘the other’ by authority.”

Nor, though, does he believe he has yet tied up all the “loose ends” in his family’s story. In April, he will travel for the first time to Poland; once home to much of his family, and the land in which Oscar and Martin — and countless others — were both born and murdered.