A birdseye view of European Jewry’s history over the last millennium reveals a rich, colorful study in contrasts: Europe was the cradle of both the secular Enlightenment and the religious Hasidic movements. Its literary heritage includes Rabbinic scholarly works and popular Yiddish literature. Europe was the breeding ground of anti-Semitism and the birthplace of Zionism.

Drawing all the pieces together into one cohesive whole, one overarching narrative that exposes the past and points the way to the future, seems like a near impossible task.

But the attempt to do so on the highest intellectual level is happening, on Europe’s soil, even as we speak.

In 2021, the Ashkenzium – an accredited graduate school for Jewish Studies in Budapest – opened its doors.

Its mission is to provide an intensive, immersive experience to intellectually curious students who want to understand the impact of a millennium of European Jewish experience in shaping the Jewish psyche. 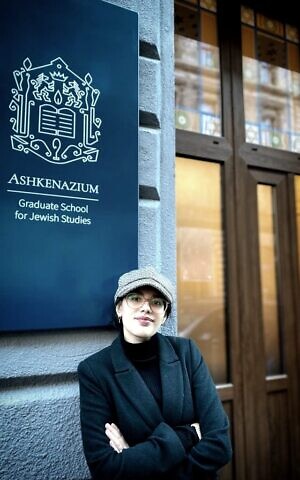 Leah, a student at Ashkenazium.

“Ashkenaz” was the name the Jews gave to Germany when they settled there in the 11th century. “Ashkenazi” became a cultural and religious identity for all Jews of European descent, distinguishing them from the cultural and religious identity of “Sefardim” or “Eidot HaMizrach”: the Jews tracing descent to Spain, before the Spanish Expulsion scattered them throughout the Mediterranean region.

“Many of the issues, conflicts and challenges that we witness in Jewish society today can be traced to roots in Ashkenazi thought, history and cultural experience,” explains Dr. Michael Chighel, Dean of the Ashkenazium. “Taking a step back from the main arenas where these issues play out today – Israel and America – and delving into these topics in Europe itself, provides a most fruitful environment for exploration and insight.”

When it comes to the Ashkenazium’s academic environment, intellectual honesty is the name of the game.Learn more about Ashkenazium

If there’s any common denominator between the Ashkenazium faculty, it’s their expertise in their field. Aside from that commonality, the stark differences between faculty members make the mind swim.

Take Prof. Elliot Wolfson, chair of Jewish Studies at the University of California, Santa Barbara. Prof. Wolfson is one of the top scholars of Kabbalah, bringing to bear on his studies training in post-modern philosophy, literary criticism, feminist theory and Eastern mystical traditions. Add in Prof. Eric Lawee, professor of Bible at Bar-Ilan, whose scholarly research concentrates on Medieval Jewish Biblical Interpretation. Contrast that with Prof. Susannah Heschel, chair of Jewish Studies at Dartmouth College, whose scholarship focuses on the history of Jewish and Protestant intellectual currents in Germany during the 19th and 20th centuries. Bring in Prof. Henry Abramson, Dean of Touro University, known worldwide for his lectures in Jewish history And include Prof. Paul Franks, Professor of Philosophy at Yale, with special expertise in Kantian philosophy and Jewish thought.

Unlike typical graduate programs, where classes last a semester and meet one to three times a week for a short time, Ashkenazium classes are intensive 10-day seminars that meet four hours a day. Professor and students engage in an intimate think-tank experience, delving into texts and hammering away at sources.

The seminar structure also gives a unique measure of flexibility to the enrollment process at the Ashkenazium. Prospective students can apply and be accepted at any time of year, starting their educational experience as soon as the next course begins, and finishing two years later with an M.A. in hand.

A sampling of course offerings include “The Origins of Ashkenaz,” “Yiddish Literature Classics,” “Rashi and His School,” “Sigmund Freud’s ‘Moses and Monotheism’,” and “The French Revolution, Napoleon and the Jews.” Among the more intense intellectual challenges in the curriculum are reading courses dedicated to close textual analysis of landmark works of Jewish genius like the “Nefesh HaHayim” of the Volozhiner, Hannah Arendt’s “Origins of Totalitarianism” and Emmanuel Levinas’ “Totality and Infinity.” 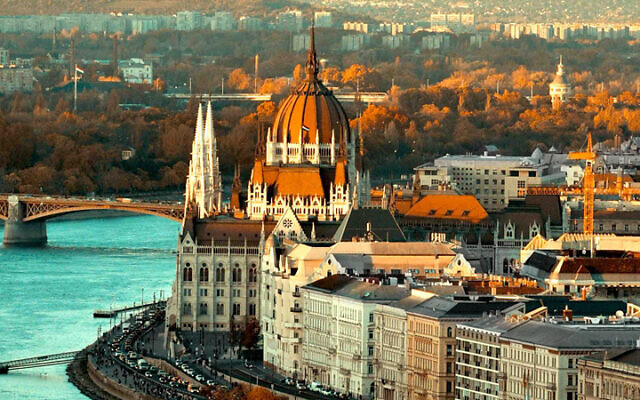 The goal of the Ashkenazium is to bring as many expert voices and as many inquiring minds to bear on the discovery process as is possible.

If you’re looking for an academic destination that combines European charm, inexpensive living costs and funky cultural life (by both day and night), Budapest is the place to be.

The Jewish Quarter, Budapest’s 7th District, has undergone a revitalization of both Jewish life and urban life, with active synagogues and kosher bakeries alongside ruin bars. (For the uninitiated, ruin bars are unconventional hangout spots constructed inside old, run-down Soviet buildings slated for demolition.) From the iconic Szimpla Kert to the sophisticated Púder Bárszínház, Budapest’s ruin bars offer everything from local brandies, craft beers and concerts by night to farmers’ markets, tasty bites to eat and book readings by day.

In the mood to imbibe some medieval or modern European cultural heritage? Just hop across the bridge to Buda (Budapest’s older and more stately half) and take in the museums, art galleries and architecture. Or drive two hours to Vienna, four hours to Prague… all of Europe is at your feet!

And all this comes with a relatively inexpensive price tag: the average student can live on about $600 per month (rent, phone bill and Netflix included!).

Tuition at the Ashkenazium is also much lower than what you would spend for the equivalent degree at an American university. Tuition for the two-year M.A. program is 4000 Euros per year, and there are even scholarships available.

The best of all worlds

If you’re an aspiring graduate student who values intellectual honesty, exposure to a striking breadth and depth of opinions, and no-holds-barred engagement with what you’re learning, the Ashkenazium is worth checking out. And if, in addition, you’re hankering to experience a European city that combines charm and funk, where you can lead a rich cultural life on a shoestring budget… well, you better start packing.Learn more about Ashkenazium