For ”attorney to the stars,” Fred Toczek and his wife, respected Psychotherapist Susie Satzman Toczek, the concept of Tzedakah (charity) has always been a central pillar of their lives. As Co-Presidents of Jewish National Fund-USA in Los Angeles, the couple has been busy motivating philanthropists throughout their region to step up and support the organization’s One Billion Dollar Roadmap for the Next Decade – an initiative that is developing the Negev and Galilee. They are also calling on celebrities and laypeople alike to visit Israel and see the country with their own eyes.

We recently sat down with Fred and Susie to discuss how they are maximizing their impact in Israel and how they are inspiring their children to chart their own philanthropic course.

You have both dedicated your lives to helping others. What was the original spark that ignited your desire to help others?

Susie: We were both brought up in very different Jewish families. Fred’s family were immigrants who escaped the Holocaust and growing up, Fred attended Chabad Day School. I was raised in a secular Jewish family with parents who never crossed a picket line and advocated for many vulnerable groups, including the United Farm Workers Union. Although our families came from diverse backgrounds, Fred and I were both taught the importance of charity, helping others, and rolling up your sleeves to support your community. So, even though our parent’s life experiences were dissimilar, they were really very aligned in their souls and hearts. They both instilled the core value of giving Tzedakah in us, backed by an ethos of, ”If you have time or money, give as much as you can.” When Fred and I met and started dating, we realized we had this shared connection through our commitment to Tzedakah, and we knew that it was something that we would continue throughout our lives. 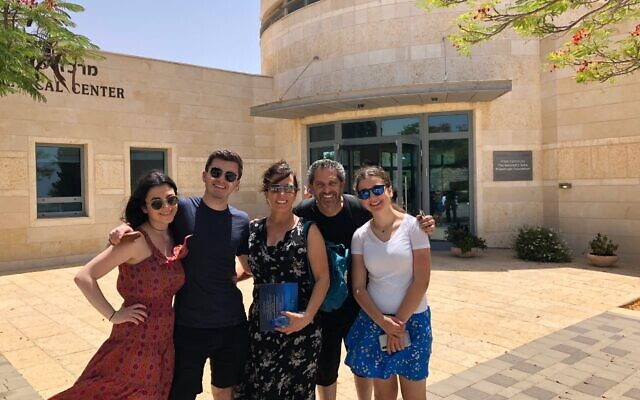 Why do you support Jewish National Fund-USA, and how are you maximizing your philanthropic impact in Israel?

Fred: We’ve always been attracted to this amazing movement because it is an organization that impacts people from all walks of life. And from a Partner (Donor) perspective, you can be secular, religious, political, non-political, and everything in between and know that there will always be a seat for you at their table. Everyone comes together with the common goal of supporting the land and people of Israel and Jewish people everywhere.

Susie: There are so many diverse giving opportunities that allow anyone to find a way to connect with their personal vision. For us, we were inspired by the organization’s work with people with disabilities. That’s why we support programs such as Special in Uniform, which helps young people with cognitive and physical disabilities serve in the Israel Defense Forces. It’s a program that drives inclusion and helps participants learn real-world skills, allowing them to find employment following their national service. We also support Israel’s largest rehabilitation hospital in the south for people with disabilities. Nothing makes me prouder than seeing the love and support that the facility’s patients receive from the staff. I think our message to those reading this is: ”If you care deeply about Israel, and if you want your children and future generations to care, support an organization like Jewish National Fund-USA which is turning words into action and dreams into reality every day.”

It’s common to see small gray cement bomb shelters on the side of the road throughout Israel’s south. How have you helped to make them seem a little less intimidating, especially for children?

Susie: Nothing can replace visiting Israel to see what’s happening on the ground. I don’t think Fred and I will ever forget the first time we visited the Gaza Envelope. We met with a Jewish National Fund-USA liaison who took us on a memorable (crazy) ride on a dune buggy along the border with Gaza. I don’t think we appreciated how close these Israeli communities were to this area. And then we saw the bomb shelters and children playing outdoors nearby, and the fortified playground, and we realized, ”Wow, these people are sacrificing so much to live in this region, and they deserve to live safe and happy lives the same way our children do.” People don’t understand that even standing next to a bomb shelter can be a traumatic experience. The concept of beautifying bomb shelters so that children playing close to them can see something less intimidating, and a structure displaying beauty and love made total sense to us. It’s such an easy way to make a big impact.

As a psychotherapist, what do you observe from a professional standpoint during meetings with Israelis living along the border with Gaza?

Susie: I have such respect for those who choose to live in the Gaza Envelope. Initially, I wondered why people would decide to live in this area; however, I no longer ask this question. The critical question is, ”What would I need if I lived in this region, and what would I want for my family?” The fact that these Israeli pioneers embrace their lives with all of the associated challenges of living under the threat of terror; that their resilience is created through their close-knit communities; and their belief that living in this area is a meaningful choice is just so impressive. They want to give their kids as normal of a life as possible, so they accept the challenges that go along with their choices. Professionally speaking, communities in the Gaza Envelope have achieved something very special and essential. By recognizing that it is ok to ask for help, they have destigmatized mental health and, as a result, strengthened their individual and communal resilience. That’s why Jewish National Fund-USA’s resilience centers are so important. They have become indispensable assets that help to heal the psychological wounds inflicted by the conflict. 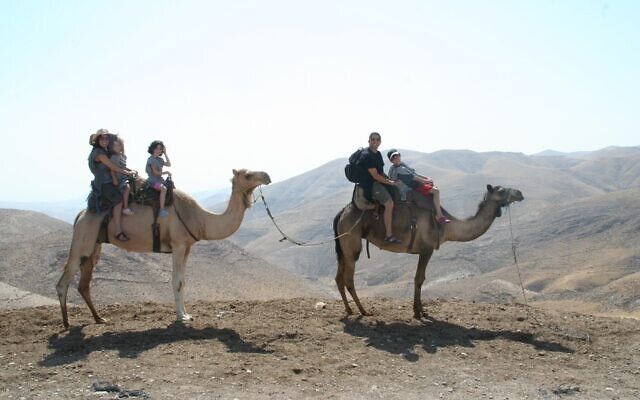 Fred, as a leading Hollywood attorney, how can we get celebrities to be more vocal in their support of Israel without fear of backlash?

Fred: Realistically, people are always going to be fearful of being canceled or causing a backlash. However, the best way to encourage celebrities to vocally support Israel is to get them there on the ground to see the country with their own eyes. They will see how Israel, the only liberal democracy in the Middle East, is a place of multiculturalism, openness, and robust dialogue. They will also witness how people of all faiths, backgrounds, and political persuasions play leading roles in Israeli society.

As a member of Jewish National Fund-USA’s Arts & Entertainment Task Force, and as an attorney with many Hollywood A-List clients, do you think we’ll see more U.S. adaptions of hit Israeli shows like Fauda and Shtisel? And do you have a favorite?

Fred: Proportionate to its size, it is incredible to see the amount of content coming out of Israel. Susie and I love shows like Shtisel, Tehran, and Fauda and are always excited to watch a new Israeli show.

Susie: You know, it’s incredible to see how broad of an appeal these shows have. For example, we have friends who aren’t Jewish and have never been to Israel; however, they absolutely love Shtisel. They feel the story gives such an accessible window into a culture they knew nothing about, yet they could also identify so many similarities between their own lives and the characters’ lives on the show. 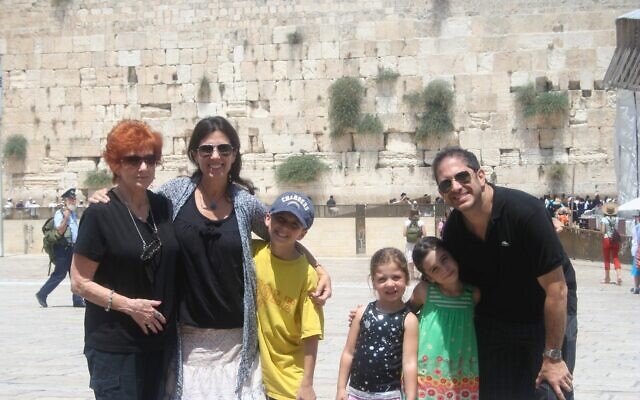 The Toczek family brought their children to Israel from an early age to learn about the country and their heritage.

How do you engage and inspire your children to continue your philanthropic support for Israel and our Jewish community?

Fred: From the time our kids were very young, we took them to Israel. However, our trips involved more than just relaxing on Tel Aviv’s beautiful beaches or taking in the usual tourist sites. We used some of our time in Israel as an opportunity to give back by volunteering and taking on special projects. In fact, it was our daughter who really got us involved with Jewish National Fund-USA. For her Bat Mitzvah project, she decided to raise money for the organization’s Special in Uniform affiliate. After learning more about the initiative, we decided that we wanted to deepen our support for them. It’s a wonderful thing when your kids can show you a thing or two, especially when it comes to Tzedakah.

Susie: For Fred’s parents, who escaped the horrors of the Holocaust, it feels even more vital that we visit Israel and celebrate all of the Jewish holidays. Of course, we also encourage our children to forge their own paths and decide on what’s important and meaningful for them. But we are confident that they will always be unwavering supporters of Israel, and it will remain a second home for them.

For more information on how to support Israel through Jewish National Fund-USA, contact National Campaign Director, Sharon Joy at sjoy@jnf.org or donate at jnf.org/donate.