Florida, with 22 million residents, is the third most populous state in the nation, and its three biggest counties—Miami-Dade, Broward and Palm Beach—also happen to host the third-largest Jewish community in the United States after New York and Los Angeles.

What better place, then, for any Israeli high-tech company hoping to expand to the US market—especially given the Sunshine State’s spectacular beaches, low taxes and proximity to Latin America?

That’s the concept behind Global Ventures, a project by the Research Park at Florida Atlantic University® (FAU), one of the state’s largest institutions of higher learning.

“The idea is not necessarily to transplant people here, but rather to help them establish a second location in the US to build their companies,” said Andrew Duffell, president of the FAU Research Park at FAU. “It would be conceivable to have a headquarters in Tel Aviv and US headquarters here, and for both to continue to grow together.” 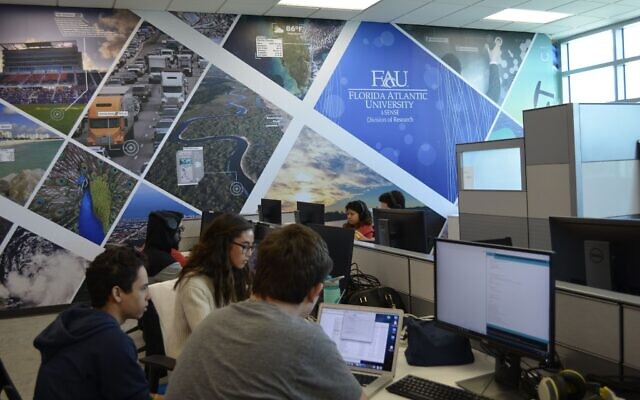 The Research Park—built on a 70-acre plot of land that was once a pineapple field and an Army air field that was used to test airborne radar during WWII—is governed by the Florida Atlantic Research and Development Authority (FARDA), an independent special district created by FAU in 1985 in partnership with Palm Beach and Broward counties.

Innovative companies already operating there range from 4ocean, which seeks to eliminate plastic waste from the world’s oceans, to Xeriant Aerospace, whose vision includes everything “from drone package delivery to exploration of the far reaches of the universe.”

FAU, headquartered in Boca Raton, has satellite campuses stretching from Jupiter in northern Palm Beach County to Dania in southern Broward County. Its 30,000 students come from all 50 states and 180 countries, though more than 90% of them are Florida residents (of whom 40% are from Broward and 38% from Palm Beach counties).

In 2000, FARDA established an incubator for startup companies and ran that successfully for 20 years. It then helped create the FAU Tech Runway—a year-long program of training and mentorship to take students, faculty and community entrepreneurs from concept to funding, as well as build prototypes for aspiring businesses. 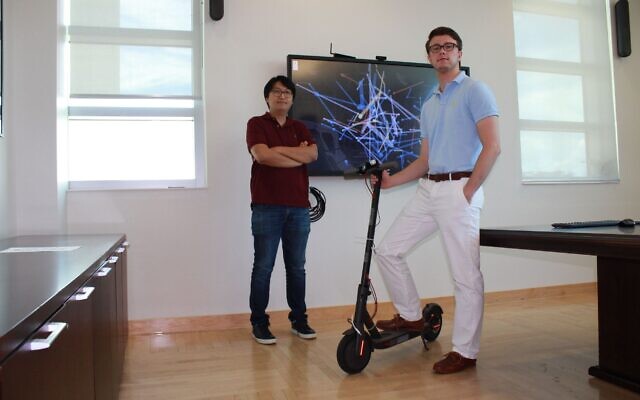 “We transitioned our incubator to become a support system for second-stage companies,” said Duffell, noting that the program is targeting startups with at least six employees and a minimum $1 million in sales. Clients that sign up get private suites ranging from 9 to 185 sq. meters (100 to 2,000 sq. feet) at heavily subsidized prices, as well as shared conference rooms, central mail facilities and common areas. Global Ventures also offers flexible terms on office and lab space, with the ability to grow and contract quickly as the need arises.

“Our aim is to take those companies and scale them up,” said Idalia Lazo Bautista, program manager of Global Ventures. At present, 26 companies are in the program—half virtually and half physically located at the Global Ventures facility in Boca Raton. Countries represented so far include Brazil, Canada and the Colombia, Ecuador, though not Israel—at least not yet.

The British-born Duffell and Lazo, who is of Mexican background, are prime examples of the ethnic and geographic diversity for which FAU is known.

“When we created Global Ventures, we decided we wanted to recruit companies from overseas but had to narrow that down to where we’d have the biggest opportunities, and the shortest path to success,” Duffell explained. “FAU serves Broward and Palm Beach counties. We have a large Jewish population that is very culturally aware, closely aligned with, and vocal about Israel.”

To that end, Duffell said FAU also has well-established ties with local chambers of commerce, as well as “a deep network of professionals around the state and beyond” that assists the university in providing guided research specifically tailored to the needs of each company.” 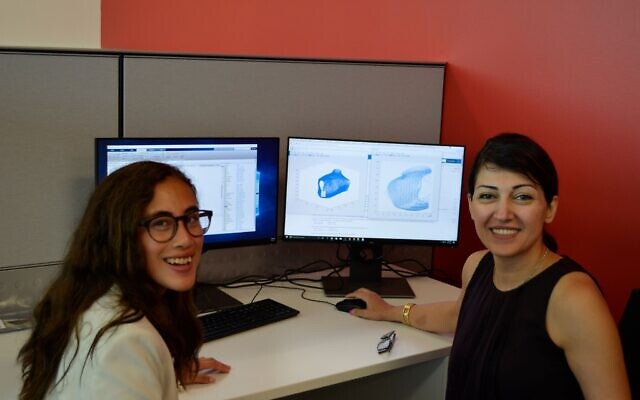 “I think for an Israeli tech company in this stage, it’s a widely held understanding that to scale successfully you need to enter and compete effectively in the US market. What we’re offering is the ability to do that quickly and easily,” Duffell said. “We’re a soft-landing center, so we help with all the things it takes to establish a presence in the US—everything from incorporating and figuring out your legal structure to who are my first contacts, who can I call right away.”

He added: “Our aim is to be very visible in Israel, so perhaps today a company is nothing more than an idea, but it’s a natural next step to expand here with us.”

Another advantage of locating within the Research Park at FAU is the university’s close ties with Latin America. Lazo said her office works closely with Enterprise Florida, already has an accord with a leading university in Spain and Ecuador, and is “constantly developing relationships with other networks to make sure companies are well-connected.”

Added Duffell: “Because of the pandemic, we haven’t been able to travel yet, but we do have relationships with the Jewish Federation of South Palm Beach County. We have colleagues who used to be here and are now back in Israel, and who have offered to make introductions and arrange visits when conditions permit. There’s a great deal of excitement in the business community to help spread the word and bring like-minded people here.”