Considering a Greek island getaway for your first post-COVID vacation? You may want to look beyond the well-known megaresorts of Rhodes and Crete—where annual tourist arrivals, in a normal year, number in the millions—and head instead to tiny Kea, population 2,500.

Getting there is easy. Only a one-hour boat ride from the port of Lavrio, itself a 40-minute taxi ride from Athens International Airport, the island of Kea (also known as Tzia) is the closest of the Cyclades Islands to mainland Greece.

And now, with quarantine-free entry to Greece for all Israeli citizens who can show they’ve been vaccinated, recovered from COVID-19 or had a negative PCR test, there’s never been a better time to go. 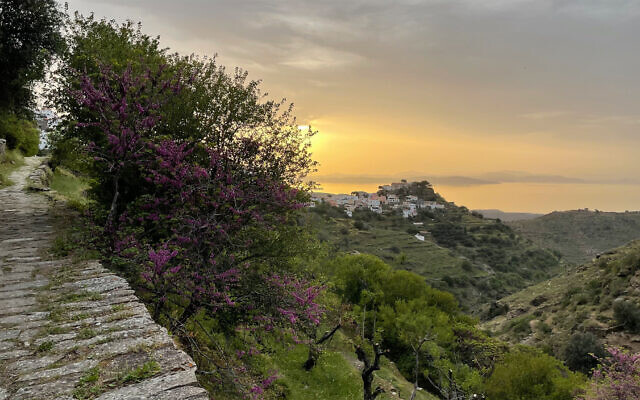 Measuring 129 square kilometers—about the same size as Jerusalem—Kea is popular with wealthy Athenians, many of whom own vacation homes on the island. Yet it receives only 100,000 visitors a year, meaning it’s a largely undiscovered destination.

“We don’t have a lot of tourists on our island,” said the island’s mayor, Ιrene Velissaropoulou. “We’re more traditional than Mykonos, for example. Our economy is mainly based on farming and cattle-breeding, so our restaurants use local meat, honey and other ingredients grown here. We also produce many kinds of cheese like ksino, which tastes like yogurt and is delicious.”

Savory cuisine is hardly the only reason to visit Kea. Here are a few others: relative seclusion, 81 kilometers of rugged stone footpaths crisscrossing the island, superb wineries, secluded beaches, picturesque villages and Karthea, an ancient city to explore. 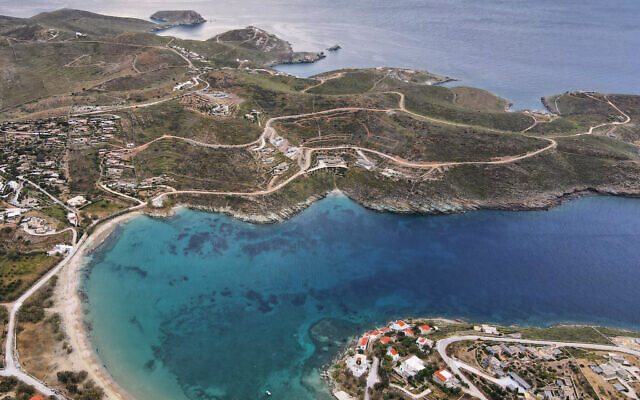 The first settlement that comes into view upon arrival by boat from the mainland is Korissia, though the capital, located roughly in the center of the island, is Ioulida—famous for its cobblestone steps, winding streets and small houses with terracotta rooftops.

Known in antiquity as Keos, the droplet-shaped island boasts settlements dating back to the Bronze Age. There’s also an ancient stone-carved lion that dates back to 600 BCE. The most important archaeological site on Kea is Karthea; among its treasures is a fortified acropolis, the Doric temple of Pythian Apollo (dating from around 530 BCE), and ancient stone amphitheater that could seat up to 880 people.
Also worth visiting is the island’s Archaeological Museum, renovated in 2000 and housing artifacts such as pottery, coins and figurines from the Neolithic period up until the 2nd century CE. Highlights include marble protocycladic figurines from the prehistoric settlement of Aghia Irini, reliefs from the temple of Athena at Karthea and the headless statue of Victory.

“Archaeology is a very important part of our island. All of our four ancient cities were built in the sixth century BCE,” said Velissaropoulou, who taught Kea’s children English before becoming the island’s mayor a year and a half ago. “In Karthea, we have two restored ancient temples and an ancient theater, and during the summer, many festivals take place there.” 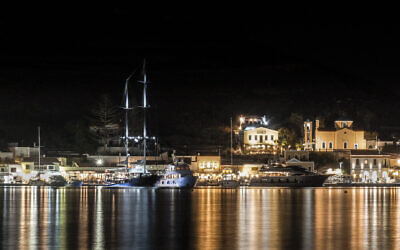 There’s no Jewish community on Kea, but the island does have 360 Orthodox Christian churches—almost one for every day of the year—a legacy of the Byzantine period, which lasted until 1204, when it was captured during the Fourth Crusade.

“Almost every extended family has its own church, and we have three or four bigger churches,” Velissaropoulou said. “Our main one, the Panagia Kastriani Monastery, is built on top of a cliff. This is the place where most people come to pray.”

At one time, the island was home to 7,000 inhabitants, but its population has been continually dropping since the early 1820s. Only recently, thanks to tourism, has it begun edging up again.

The island is a paradise for those who love hiking. Twelve distinct routes—ranging in length from 1.7 to 11.8 kilometers—follow the footpaths, which are the remains of an ancient road network that connected Kea’s city-states (Ioulida, Karthea, Korissia and Piiessa) in the 7th century BCE. 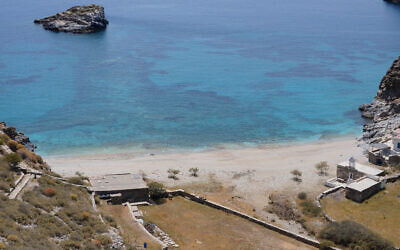 Likewise, the turquoise sea that surrounds Kea contains three notable shipwrecks, the most well known is the Britannic, the sister ship of The Titanic. The Britannic sunk just four miles away from the coast of Kea in under an hour after it hit a mine, due to the quick thinking of Kea fisherman over 1,000 people were saved. As well as a sunken German airplane forced to land on water during World War II. That makes Kea an ideal spot for snorkeling and scuba-diving. It also formed the backdrop for much of Mary Renault’s 1978 historical novel, “The Praise Singer.”

Accommodations range from furnished apartments and B&Bs to small hotels and guest houses.

Velissaropoulou said the Greek government has put inhabitants of the islands ahead of the line to be vaccinated against COVID-19 in order to jump-start the country’s struggling tourism industry.

“The islands were cut off from the mainland for a long time, and only local residents were free to travel to and from the islands,” she said. “But now, approximately 70% of the eligible population has been vaccinated. They started with the small islands to give us priority, to guarantee that our population would be safe for tourism. They realized we needed our lives back.”

The mayor said Kea is eager to welcome Israeli tourists with the same warm hospitality that has lured Europeans here for years—and that is only beginning to be discovered by others. 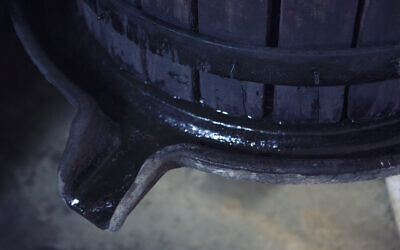 There is a natural beauty in Kea, and the rare plant species such as Megisti, Saria, provide a spectacular setting for outdoor picnics and hikes.

“A lot of foreigners stayed here all through Covid and didn’t go back to their countries. They loved this island so much they believed this was their place on Earth,” she said, adding: “If you come to Kea and stay awhile, you’re already part of society. You feel everyone cares about you.”

You can learn more by going to Kea’s official site and following @kea.greece on Instagram.

Give a Hanukkah gift that enlightens

Here’s a Hanukkah gift that sparks knowledge and insight about Israel and the Jewish people.

A Times of Israel Community gift membership entitles your recipient to one full year of membership benefits, at a special discounted price.