The Times of Israel was founded ten years ago with a mission of providing fast, fair and free independent reporting on the latest developments in Israel, the Middle East, and the Jewish world. Today, ToI is trusted as the largest, most credible and most influential English news source in Israel.

In recognition of this milestone anniversary, we will be celebrating ToI’s accomplishments and looking ahead to an even more exciting future with an original series of programming in 2022 under the banner of ToI@10.

The Times of Israel’s expert political team in conversation with ToI’s Amanda Borschel-Dan, delving into a swath of issues, including: Why is the Left shrinking? What explains the rise of the far Right? What reforms have been proposed to fix these repeated deadlocks — and what are their chances of being enacted?

Please join us at The Train Theater in Jerusalem’s Liberty Bell Park on October 19, 2022 for the third event in our ToI@10 series with an evening dedicated to answering your burning political questions.

For this evening, you set the agenda. If you have a question you’d like to ask our political team, please fill out this google form.

GET YOUR TICKETS HERE

If you join the ToI Community, you are entitled to FREE tickets (limited to two per event) for this pre-elections event:

JOIN THE TIMES OF ISRAEL COMMUNITY

We hope to see you there!

We’d like to thank our ToI@10 Sponsors, American Friends of Meir Panim and Beauchamp Estates, for helping make this and future ToI@10 events possible:

Come hear more on Wednesday, October 19 at 20:00 at The Train Theater in Jerusalem’s Liberty Bell Park.

Archaeologists Prof. Jodi Magness and Dr. Joe Uziel — in conversation with ToI’s Amanda Borschel-Dan — discuss how archaeology unveils hidden clues into what actually happened during the destructions of the First and Second Temples. 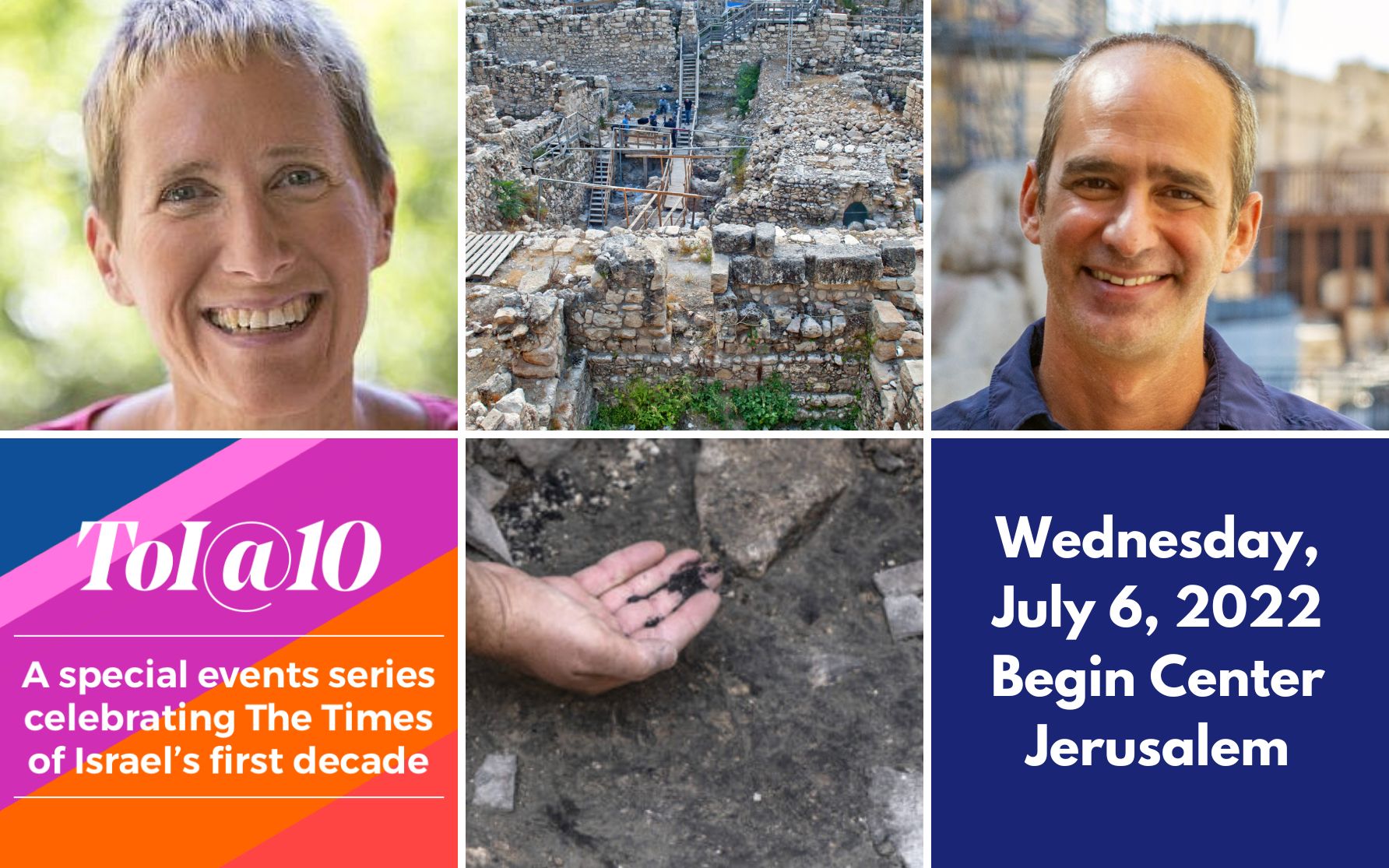 An evening dedicated to proof of the Babylonian and Roman campaigns — and also how it sometimes contradicts the texts that described them.

The live event takes place before Tisha B’Av, a fast day that commemorates the destruction of the First Temple — as noted in the biblical Books of Ezra and Nehemiah — and is also later identified as the day of the end of the Roman conquest of Jerusalem and razing of the Second Temple.

Who By Fire: Leonard Cohen and the Yom Kippur War 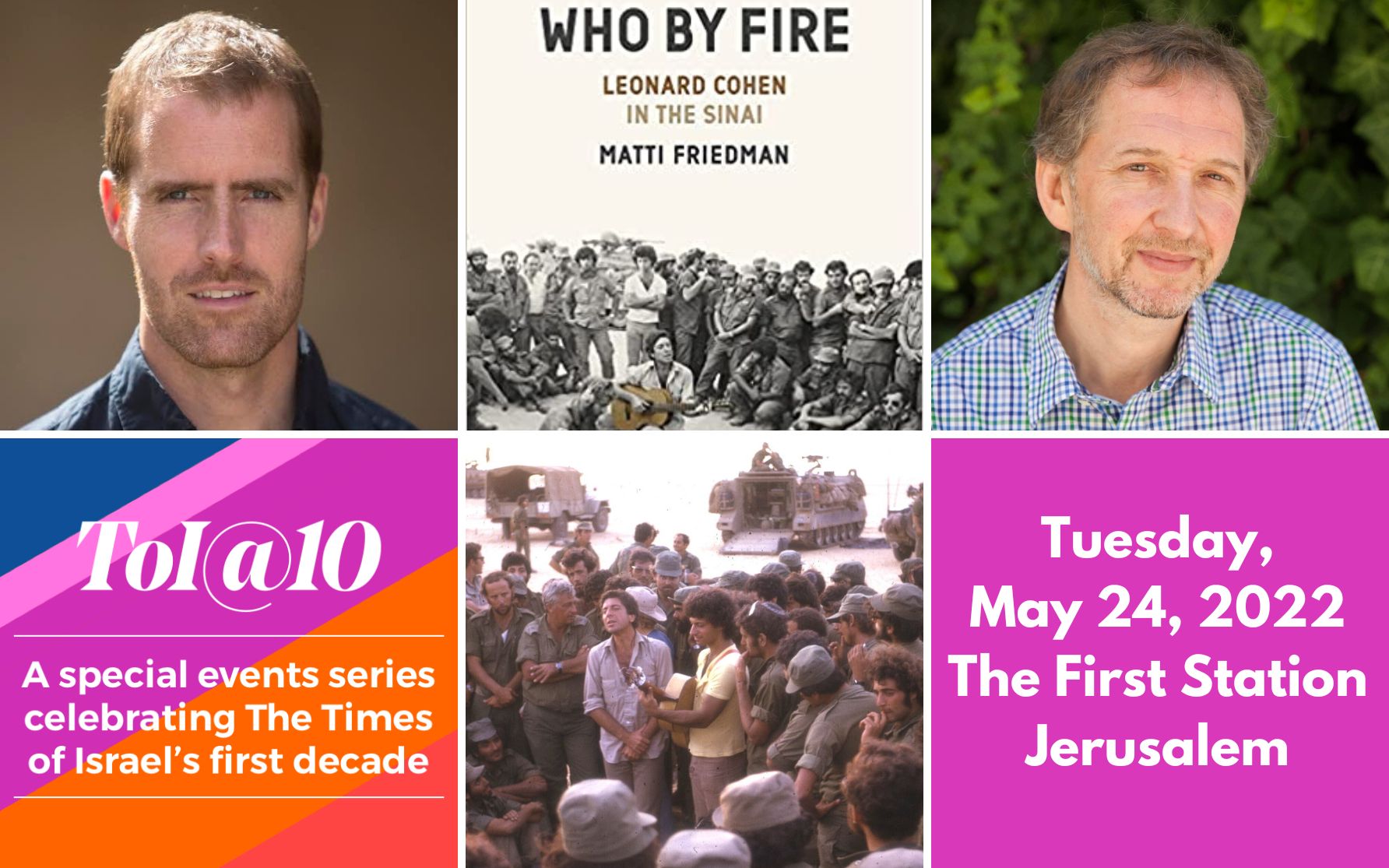 Working from rare source material — including a never-before-seen unfinished Cohen manuscript — author Friedman describes how the poet and singer traveled from his home on the Greek island of Hydra to the chaos and bloodshed of the Sinai desert when Egypt attacked Israel on the Jewish high holiday of Yom Kippur in October 1973.

Those who survived never forgot the experience and the war transformed Cohen.