When Rabbi Gilad Kariv was elected to the Knesset earlier this year, Israel’s Reform Movement joyfully celebrated the ascension of one of their own to the Israeli parliament.

His election also set off a search for his successor as head of the Israel Movement for Reform and Progressive Judaism, the Israeli Reform movement’s umbrella group, which Kariv headed for more than a dozen years.

The selection, it seems, was an easy one: Anna Kislanski, 49 — who has been with the IMPJ for a decade and served as its acting director since Kariv was sworn in in April — officially took over as CEO of the organization last month.

As she stepped into the job, Kislanski vowed to continue Kariv’s vision and trajectory while also setting new goals for the movement’s future.

“On the one hand it’s something very familiar,” said Kislanski in a recent interview. “But there are definitely things that I’m still learning in terms of a learning curve and all the nuts and bolts about running this organization.”

Kislanski spoke to The Times of Israel from her office in Jerusalem — which, due to the temporary shuttering of part of the movement’s office space during COVID, she splits part time with Anat Hoffman, the head of Women of the Wall and the executive director of the Israel Religious Action Center, the IMPJ’s legal and advocacy arm. 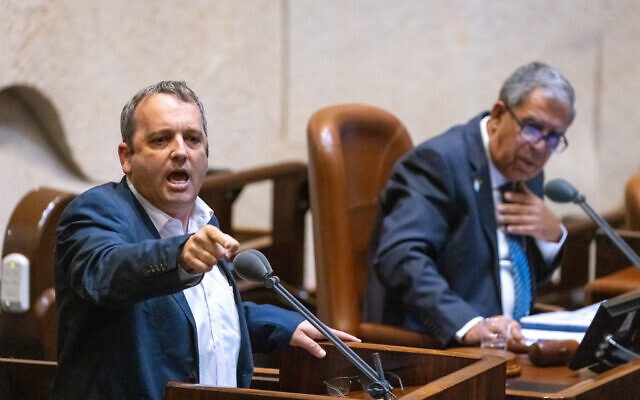 Despite the many challenges of the past 18 months, Kislanski is optimistic about the year ahead, and ready to begin working to fill the big shoes left behind by Kariv.

Over the past decade, while Kislanski served as director of the body’s congregational department, Israel’s Reform movement saw a period of tremendous growth, doubling the number of its affiliated synagogues to a high of 53 across the country.

“The congregational arm grew rapidly in the last 10 years,” she noted. The movement has focused in recent years on nurturing communities in rural and outlying areas — driven in part by a 2012 court ruling mandating that the government fund the salaries of non-Orthodox communal rabbis the way it does for many Orthodox spiritual leaders.

“Since we were able to win that seven-year battle, we said, okay, now there’s a precedent and we can establish more congregations like that,” where a Reform rabbi is the main communal religious leader in a municipality, said Kislanski. The movement is also constantly fighting to receive state-funded buildings and infrastructure for Reform synagogues the way that many Orthodox synagogues do.

“There is legal work and political work and a lot of hopes now that we have Rabbi Gilad Kariv in the Knesset,” said Kislanski. “There’s still a lot of work to be done on many levels.”

With the ultra-Orthodox political parties out of the governing coalition for the first time since 2015, she is also cautiously optimistic that strides can be made toward some of the movement’s most fervently desired goals. 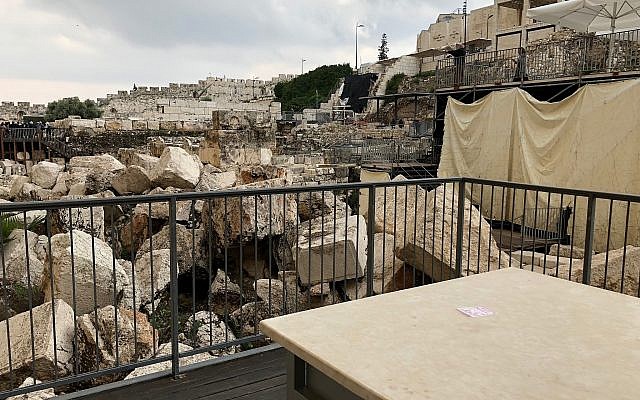 A view from the small egalitarian prayer platform adjacent to the Western Wall at the Robinson’s Arch, April 2018. (Amanda Borschel-Dan/ToI)

Kislanski said she is seeing positive indications and “conversations that are now starting” about reviving a Western Wall compromise deal that would create a permanent pluralistic prayer pavilion at the Kotel. That agreement — which was the subject of years of negotiations between Israel and Diaspora leaders — was approved by the government led by Benjamin Netanyahu in 2016 only to be suspended a year later when the prime minister capitulated to ultra-Orthodox political pressure.

She also noted the recent repair work carried out at the existing egalitarian prayer platform as a positive sign. “I think that something will happen, because this is something that [Diaspora Minister] Nachman Shai is committed to, something that Gilad Kariv is committed to, and I think that [Prime Minister Naftali] Bennett — who started [working on such a deal] in former governments — understands that he needs to follow through… I think because the Haredim are not in the government, it could be easier.”

Kislanski, a native of Moscow, came to Israel at age 2, the child of staunchly secular Russian Jews. “The way to express Judaism in Soviet Russia was basically to make aliyah and become Israeli — so that’s what they did.” She grew up “very secular” in Haifa, and hadn’t even heard of Reform Judaism until she was pursuing a graduate degree at the University of Haifa and working for the Melitz educational nonprofit.

“The first time I met the Reform rabbi, I was looking for the rabbi — because I was expecting a man with a beard and a black suit,” she recalled. And when she got married a few years later in 1996, she knew she wanted a non-Orthodox wedding, and the DJ connected her to a Reform rabbi who performed the ceremony. “After we got married I started to identify more and more with the movement,” Kislanski recalled. The rest, as they say, is history.

She served from 2005 to 2009 as the Jewish Agency’s head emissary to the Union for Reform Judaism in New York, where she said that for the first time she felt like a part of mainstream Jewish life.

“Going to work for a huge organization in the United States and understanding that you’re the mainstream is mind-blowing,” she said. “It’s really empowering.” 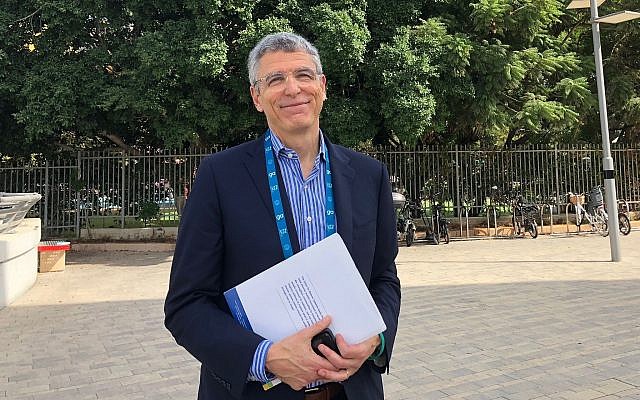 President of the Union for Reform Judaism Rabbi Rick Jacobs at the JFNA’s General Assembly in Tel Aviv, on October 24, 2018. (Amanda Borschel-Dan/Times of Israel)

Rabbi Rick Jacobs, president of the URJ, told The Times of Israel that Kislanski is “an outstanding choice” to lead Israel’s Reform Movement.

“Anna is well known and highly respected in our movement,” said Jacobs. “Her life’s journey from a secular childhood in Moscow to finding her Jewish home within our Israeli Reform Movement gives her the insight to help others discover the inspiring, egalitarian, and relevant Judaism that the IMPJ offers.”

Jacobs said he was “excited to work closely” with Kislanski to continue the Israeli movement’s “phenomenal growth trajectory.”

Unlike in the United States, where Reform Judaism is the predominant denomination, there’s no doubt it’s in the minority in Israel, where even most secular Jews say the synagogue they don’t attend is an Orthodox one.

Just how many Jews does the Israeli Reform Movement serve? The answer to that, said Kislanski, is complicated. Officially, about 10,000 Israelis are members of Reform-affiliated synagogues. But surveys conducted over the years have indicated that the number of Israeli Jews who align themselves with Reform Judaism is much higher. 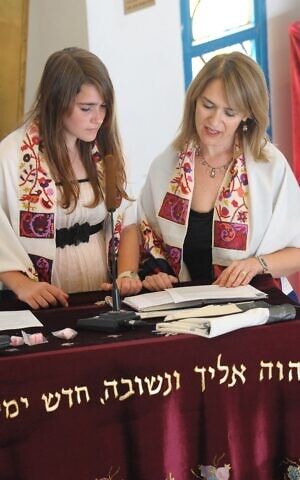 The IMPJ, said Kislanski, is taking aim at meeting the needs of that wider population.

“The idea is not about only getting members or paying members,” but also having Israelis seek to host lifecycle events at Reform-affiliated institutions, even if that’s their only connection to the movement, she said. “That’s why we’re very invested in religious services altogether… so we have to understand that the circle of people we’re dealing with is much bigger than just the people who are members.”

While the Reform movement’s overall footprint in Israel is small, it is undoubtedly growing — with more than 50 congregations, over a dozen regional youth movements, schools in three cities and a pre-army mechina academy.

Kislanski believes that it can appeal to many secular Israelis, some of whom may feel that “there is a sense of community that is missing — and our congregations can give this communal-like envelope.”

Overall, said Kislanski, she is looking to continue the agenda set by Kariv, with a particular focus on outreach and programming for the younger generation.

“After a good period of growth in the last 10 years, especially within the congregational setting — we’re still going to grow that, but we have to look at the next generation,” she said. “And I want to really see how we can grow our work with young adults in Israel… because I think this is where the change will happen, not just within the structure of our movement, but within the structure of Israeli society as a whole.” 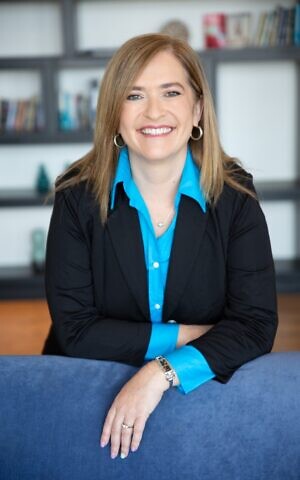 Dekel Houmash, the executive director of Arzenu — a federation of global Reform and progressive Jewish movements within the World Zionist Organization — said she has known and worked with Kislanski for close to a decade, and sees her as the perfect choice for her new role.

“I know how hard she has worked and I also believe in her vision,” Houmash told The Times of Israel. “For me it was a natural step after Gilad — she worked with him for so many years, it was a natural next step for her, that she was going to get this position.”

Houmash said she has only heard positive things about Kislanski’s promotion from Reform and progressive organizations abroad. “They also really support — from what I heard — Anna’s selection to be the CEO. And all of them know her for many years because she’s been in the movement for so long.”

The Reform movement’s relative small size hasn’t stopped it from being the target of repeated attacks by ultra-Orthodox leaders. The word “Reform” is regularly tossed around as a slur by Haredi politicians, who used it to rail against the election of Bennett earlier this year, despite him being the country’s first Orthodox premier. United Torah Judaism leader Yaakov Litzman said in June that if Bennett joined forces with Meretz and Labor “he should take off his kippa… so at least people can understand that he’s Reform.” A few weeks later, speaking from the Knesset podium, UTJ MK Meir Porush compared the Reform movement and Kariv to pigs.

Kislanski said it’s easy to laugh off such attacks — and even use them to the Reform movement’s benefit — but they can still be dangerous.

“Of course we get hurt, it’s painful when someone delegitimizes you,” she said, although she noted that such attacks often give a significant boost to the movement’s fundraising efforts. “We were all really amused” by Porush’s antics, including his heckling of Kariv with psalms during a recent committee hearing. “They’re doing that to appeal to his base. But in a way he’s also working for us.”

At the same time, she said, Reform synagogues have been the subject of vandalism and attacks — including a congregation that was vandalized over the past month but asked not to make the story public. Repeated verbal attacks from Haredi lawmakers “don’t denigrate us,” said Kislanski. “But on the other hand, it does encourage violence. It does cause us to always be alert, and concerned, and install cameras.”

Within Israel, the Reform movement is the target of scorn for many and dismissed as irrelevant by others. But Kislanski believes that when it comes to the outside world, her organization can serve a key role in preserving the fragile ties between the State of Israel and American Jews. While young liberal US Jews are increasingly isolated from Israel, the IMPJ represents a nuanced, more accessible version of Israel, she suggested.

“We need each other — the Reform movement in Israel and Israelis in general, and Diaspora Jewry on the other hand,” she said. “We have people that can really articulate a voice of Israel that is complex, that is nuanced, that is right to world Jewry.”

Added Kislanski: “We can be the bridge between Israel and world Jewry in general. So I think we need to strengthen that.”