WASHINGTON — Saul Bellow’s life was one of many tensions. Or at least, the second half of it was. That is the thesis of the second volume of a new biography of the famed writer, which focuses on the last 40 years of his life.

Zachary Leader’s “The Life of Saul Bellow: Love and Strife, 1965-2005,” begins in 1964 after Bellow’s just-released “Herzog” tops the best seller list. The year marked a turning point for the Canadian-born writer: he would, from then on, always be rich, powerful, and famous. But he would also become intolerable. (On his deathbed, he asked himself: “Was I a man or was I a jerk?”) Yet as a writer, some of his best days were before him, most notably with 1975’s “Humboldt’s Gift,” for which he won the Pulitzer Prize.

Bellow’s behavior — his bellicosity, his difficult relationships with his five wives, his bad temper — indeed caused him a lot of strife. But his novels and short stories made him an object of the literary world’s worship.

The son of Lithuanian Jews, Bellow grew up in Quebec until his family moved to the Humboldt Park neighborhood of Chicago when he was nine. There, he found his most profound artistic inspiration, as many of his novels would take place in the same Jewish community. 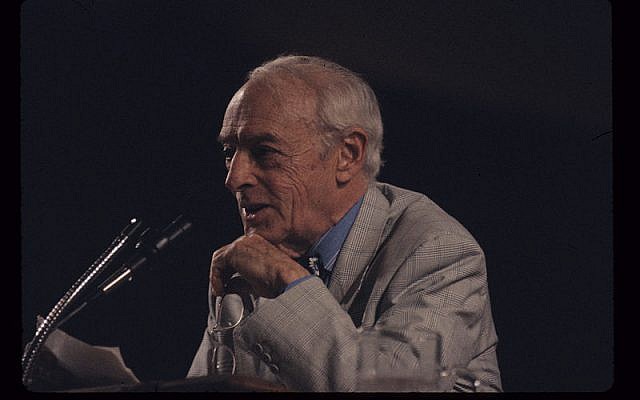 Bellow’s mother, who died when he was 17, wanted him to become a rabbi. But he protested the “suffocating orthodoxy” of religious life. Instead, he spent the rest of his life writing about his Jewish neighborhood.

Despite writing so consistently about the American Jewish experience, Bellow resisted the label of being a Jewish-American writer, which he thought was too limiting and missed the point of what he was doing.

“He thought that in telling the stories of the first generation of Jewish American immigrants, he was also telling the reader what it was to become an American,” Leader, whose 784-page tome came out last month, told The Times of Israel in a recent interview.

Before taking on this project, Leader, a literature professor at the University of Roehampton in London, was best known for his work on Kingsley Amis, the 20th century British novelist and poet. Leader had edited his letters and written his biography.

When he was finished with the latter in 2007, he wanted to take a break from the biographical form. Initially he thought to edit the letters of Norman Mailer, but it turned out a project was already in the works. After meeting with a literary agent who represented Bellow’s estate, he was eventually induced to write Bellow’s biography.

“At that point, I was so dazzled by the whole thing, it took maybe a minute for my anxieties on embarking on another big biography to evaporate,” Leader said.

Below is an edited and condensed version of Leader’s conversation with The Times of Israel, in which we discuss Bellow’s Jewishness, writing, cultural influence, and more.

What had your relationship to Bellow been like before taking this on? 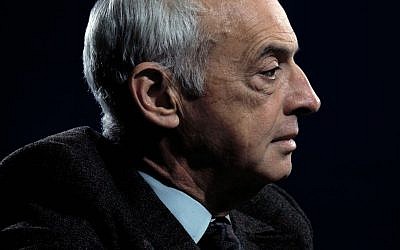 I did actually meet him once at a garden party in Cambridge, Massachusetts. This was in June of 1972. Everyone was in summer clothes, Hawaiian shirts and what not. And there was this one figure in a brown, silk suit, leaning back against a table, surrounded by graduate students and other people. My wife and I went up, listened to him. He looked bored and angry. I don’t remember a word he said, but I did shake his hand. And that was it.

The literary critic Adam Kirsch said in Wall Street Journal review of your biography that you probably benefited from Bellow being dead while you wrote it. He was known for being difficult to work with. Your having that distance from him as a subject was good. Do you think that’s right?

He was a very wary and prickly and contentious figure. I’m sure I would have done any number of things to unsettle him and my fate wouldn’t have been different that of the previous biographers. When I first started the job, I called Richard Stern, the novelist, who said: “You have one advantage over the others. Saul is no longer alive.” And I do think it was an advantage because he didn’t want to help someone gather together his instances of bad behavior, and there were a number earlier in his life. That seems perfectly understandable.

What were his great demons? And how did he evolve as a man over the years?

He came from a very tough family that had to fight its way out of poverty, out of the discrimination against Jews that they experienced both in Russia before Bellow was born and as they worked their way up to prosperity. He inherited their toughness, their cantankerousness, their aggression.

For the first half of his life, in the years covered in the first volume of the biography, what he was really doing was fighting for the freedom to write. His family had little faith in literature as a profession and in his literary aspirations. So he had to fight to be able to write at all, and then he had to fight for being able to write the way he wanted to write. He wanted to write in a way that was different from the way that other people wrote. 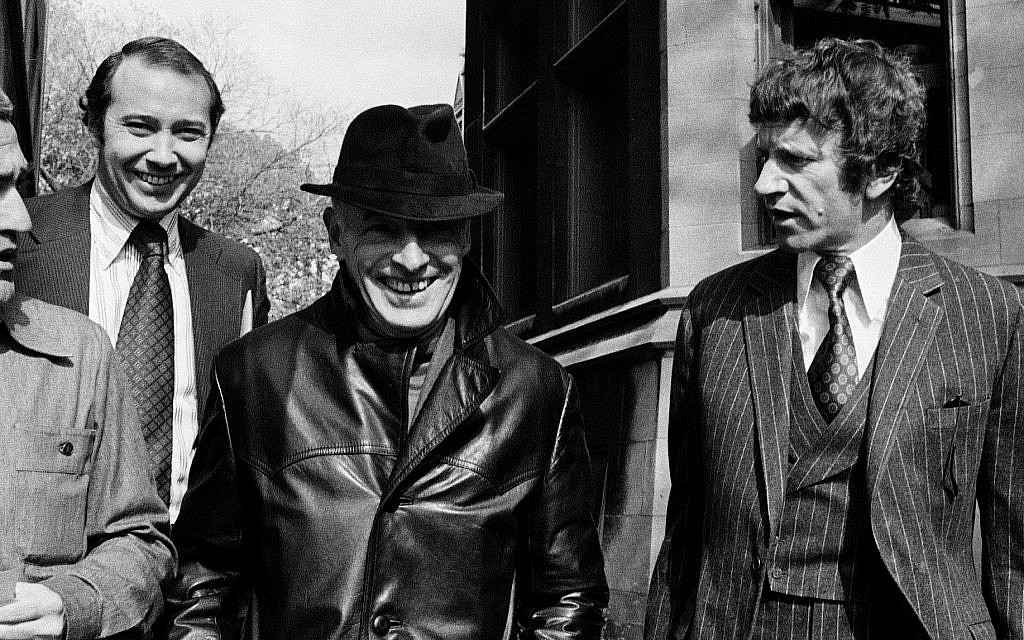 Novelist Saul Bellow is a happy man, as he walks the campus Oct. 22, 1976 of the University of Chicago after he acknowledged his Nobel Prize in Literature. (AP Photo/Charles Knoblock)

He also did not want to be a hyphenate. He was an American novelist, not a Jewish-American novelist. Not because he denied his Jewishness, but because it was a kind of limiting label, and he didn’t want any limitations at all.

In the second half of his life, covered in the second volume, he had all the recognition a person could want. He was the most famous writer, the most powerful novelist and intellectual in the United States, he was rich. I mean, he had been Partisan Review famous in the first half of his life, now he was Time magazine famous.

What happened then was instead of it being a paradise — he didn’t necessarily want to be famous, he wanted to be free — he entered what he called “the nirvana of the harassed.” The avalanche of awards and honors and opportunities were all things that seemed to drag him away from his main job, which was to write, but they were temptations, the temptations of American success. So that could make him irritable. Sometimes he behaved that way.

You mentioned that he didn’t like being thought of as a Jewish-American writer, very similar to his friend Philip Roth in this way. Yet both spent their lives writing about Jewish Americans. What did you learn about Bellow’s Jewishness and how he reconciled the tension between wanting to write about Jews without being considered a Jewish writer? 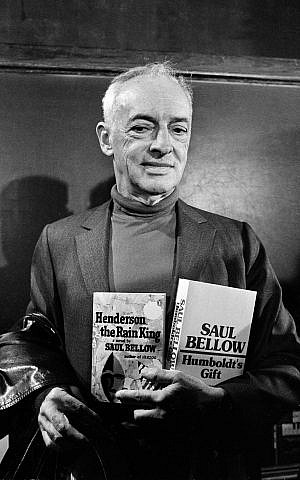 Novelist Saul Bellow, who was awarded a Nobel Prize in Literature, clutches two of his books as he appears at a press conference at the University of Chicago October 21, 1976. (AP Photo/ Charles Knoblock)

He thought that in telling the stories of the first generation of Jewish American immigrants, he was also telling the reader what it was to become an American, what the costs were of adjusting to American culture, what the benefits were, how much of a mental realignment was required of someone who lived in the Pale of Settlement and then all of a sudden found themselves in a much freer environment. What was involved in becoming an American was also about what is America. He always felt that from the beginning, he thought he was an American first and by talking about the Jewish-American experience was a way of talking about America.

How would you describe Bellow’s politics?

Well, his trajectory was like many Jews of his generation. Some people would call him a neoconservative. He moved from being a Trotskyite in his youth to eventually having sympathy with conservative political theorists like Allan Bloom. Though Allan Bloom denied that he was a conservative, and his close friends said he voted for Clinton. And he voted Democrat for most of his life. He wasn’t really all that interested in electoral politics. He didn’t have enough attention to spare. He often associated himself with groups and then disassociated himself with them.

But he was an early supporter of Civil Rights, he opposed the Vietnam war, he was for a two-state solution in Israel. He was a sort of moderate leftist.

The only way he was seriously conservative was that he was culturally conservative. He very much opposed the cultural relativism that was seeking to to overthrow the dominant of what cultural radicals would call “dead white men.” He thought the Great Books were the ladder that brought all his interest and all his success and he thought people were trying to knock it down and that this was absolutely wrong. 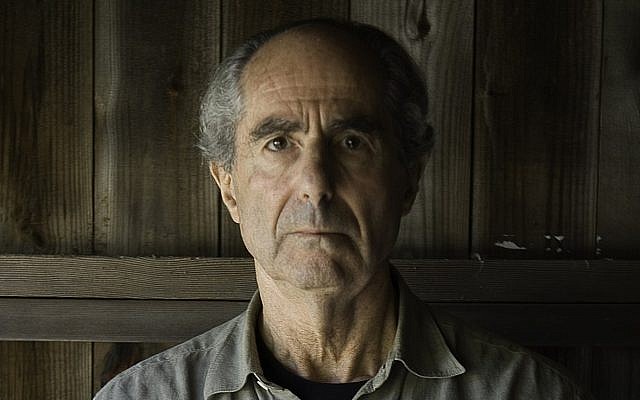 What ultimately was his big influence? I think of what it meant for Philip Roth as a graduate student at the University of Chicago to read Bellow.

At the time, Roth was writing, by his own admission, very sensitive, Salengerian short stories. Bellow’s depicting Chicago Jews gave him a kind of permission to write about Newark Jews. It seems to me that he paved the way for a lot of ethnic writers.

I think there is truth in that. Bellow opened up the range of reference, the range of register that fiction of the highest ambition, the most literary fiction, could have. This was extremely liberating and encouraging to others, that they could write about their world, their world before they went to university, before they became educated, before they knew what high literary language was. That was a sort of release, an encouragement for them that their writing could be about their lives, even though their lives didn’t seem like a proper subject matter for writing of the highest ambition.