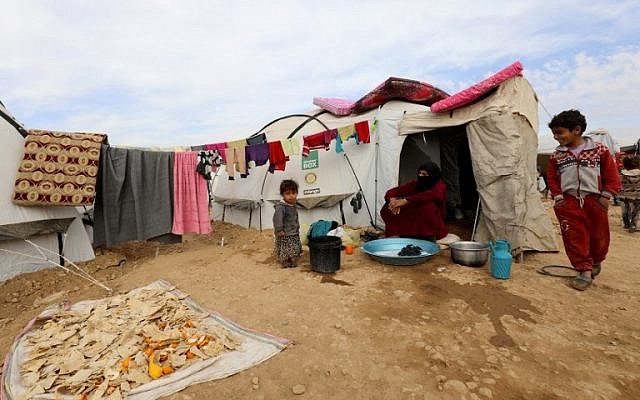 Syrians, forced to leave their homes in the eastern cities of Deir Ezzor and Raqa by the war against the Islamic State (IS) group, are seen outside a tent at the Ain Issa camp on December 18, 2017. (AFP PHOTO / Delil Souleiman)

BEIRUT, Lebanon — Hundreds of people were taken by Islamic State group fighters from a displacement camp in east Syria during a jihadist counterattack against advancing US-backed forces, a monitor said Saturday.

The jihadists raided the camp on Friday, taking “more than 100 families” including relatives of IS defectors and of jihadists killed in fighting, according to the Syrian Observatory for Human Rights.

A number of fighters of the US-backed Syrian Democratic Forces (SDF) died trying to defend the camp in a battle that lasted several hours, the Britain-based monitoring group said. The Observatory warned that IS might kill them.

In a statement, SDF said the fighting at the Hajin camp for the displaced left 20 IS gunmen and “several” of its fighters dead. It added that IS gunmen seized civilians by force and took them to areas in the last pocket of territory they control in the region.

The area in Syria’s eastern Deir el-Zour province has been witnessing days of intense clashes between IS and the Kurdish-led SDF forces amid bad weather and low visibility. 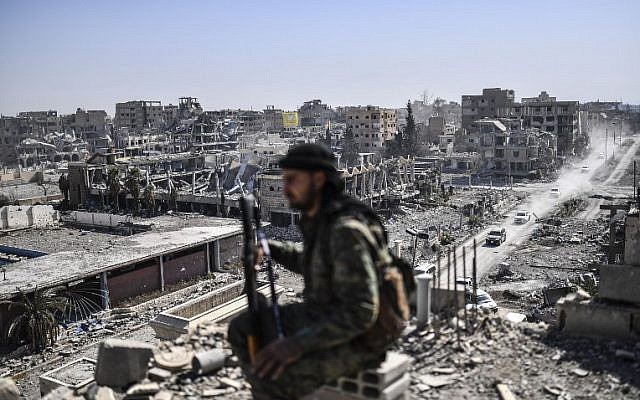 Illustrative: A fighter of the Syrian Democratic Forces (SDF) sits on guard on a rooftop in Raqa on October 20, 2017, after retaking the city from Islamic State (IS) group fighters. (AFP PHOTO / BULENT KILIC)

The SDF launched a major assault on September 10 on the small stretch of the Euphrates Valley around the town of Hajin where they estimate some 3,000 jihadists are holed up.

But they have sustained heavy casualties in the operation being conducted with US-led air support. Since Wednesday, 37 SDF fighters have been killed in jihadist counterattacks, the Observatory said.

IS has lost 58 fighters, most of them in retaliatory coalition air strikes, it added.

“IS is pressing its attacks in the Hajin area as the SDF battles to hold them off with the support of the international coalition,” Observatory chief Rami Abdel Rahman told AFP.

But a prolonged sandstorm has made it difficult for the coalition to carry out air strikes.

IS published statements on its social media accounts describing a number of attacks by “soldiers of the caliphate” against SDF forces in the Hajin area.

The battle for Hajin has claimed the lives of 176 SDF fighters and 325 IS jihadists since its launch last month, according to Observatory figures. 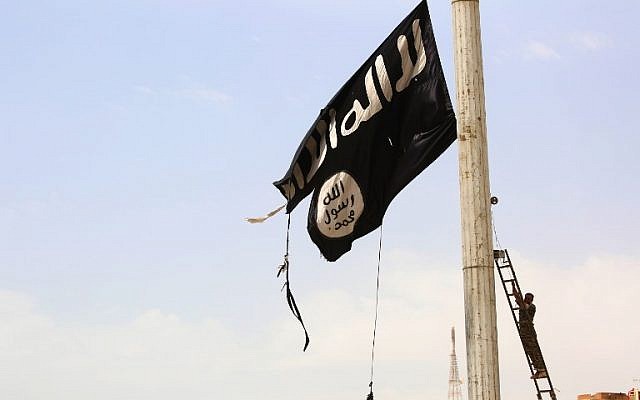 In this file photo taken on April 30, 2017, a member of the US-backed Syrian Democratic Forces removes an Islamic State flag in the town of Tabqa, about 55 kilometers (35 miles) west of the jihadists then de facto capital of Raqqa. (AFP Photo/Delil Souleiman)

The SDF, backed by the coalition, has ousted IS from swathes of northern and eastern Syria, including Raqa, the de facto capital of the jihadists’ so-called caliphate.

Founded in 2015, the SDF is spearheaded by the People’s Protection Units (YPG), a powerful Kurdish armed movement.

Hundreds of foreigners have joined the YPG to battle IS, which has its own notorious contingent of foreign fighters.