Uri Shanas provides a platform for those wanting to help the environment, letting them vote on which parcel of threatened land should be purchased for preservation

The constant drip of bad news about the environment can be paralyzing and the sheer multiplicity of “World Days” for every animal and subject under the sun confusing and overwhelming.

It’s hard to know where to start to do one’s bit for the natural world.

That was the feeling of Uri Shanas, who earned a PhD in zoology from Tel Aviv University, completed a postdoctoral fellowship at Columbia University and then joined the Department of Biology and Environment at the University of Haifa–Oranim.

“Around 20 years ago, I started to teach a course on nature preservation,” he told The Times of Israel ahead of Friday’s United Nations World Environment Day.

“Year after year, I taught the course and when you teach, you also get to understand more. I was shocked at the pace of extinction and at some stage, I started to think, hang on, it’s not logical that I should teach without doing anything about it.”

The result, many years later, was TIME – This Is My Earth — which, to the best of Shanas’s knowledge, is the world’s first international, democratic, volunteer-based, crowdfunded, nonprofit organization geared to buying land where biodiversity is rich but threats are imminent. 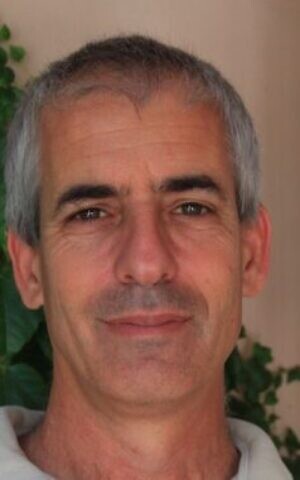 It costs a minimum of $1 per year to join the organization and to get to vote on which threatened habitat should be saved.

Individuals and organizations from overseas wishing to acquire land for environmental preservation have to fill out detailed forms and go through intense vetting by a scientific advisory board of international experts.

Three projects are put up on TIME’s website each year to be voted on. Each vote carries the same weight, no matter how much each member has contributed. The money raised is then split, pro rata, between the projects, according to the proportion of votes, but if not enough money has been raised to buy land for the less popular projects, it either waits until the minimum sum has been reached or goes into the pot for a project chosen by the majority.

The first campaign, in 2016, raised more than $30,000 for a 163-acre tract of land in the Peruvian Amazon’s El Toro Forest, home of the critically endangered yellow-tailed woolly monkey. The tract forms a natural biological corridor between protected areas, allowing creatures to travel between areas and reducing forest fragmentation.

The year 2017 saw $17,000 being earmarked to buy an area of land, also in the Peruvian Amazon, that was threatened by illegal loggers, hunters and squatters. Richly diverse, it is also home to many rare, endemic (existing only there) and threatened species of birds and mammals, including the endangered royal sun angel hummingbird and white-fronted spider monkey, the vulnerable spectacled bear and the near-threatened jaguar. (The statuses come from the International Union for Conservation of Nature, the global authority on the status of the natural world.) 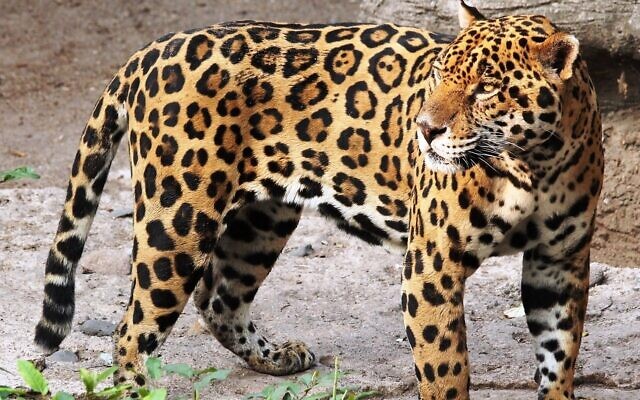 A jaguar saved by TIME’s purchase of its habitat in the Peruvian Amazon. (Courtesy TIME)

In 2018, the organization spent $30,000 on five acres of Belize’s Turneffe Atoll, a global ecological hotspot for marine biodiversity.

And last year, the organization enabled the purchase of 86.5 acres in Colombia’s Magdalena Valley, which is endangered by deforestation for cattle rearing. This area provides habitats for some 20 percent of Colombian birds along with many other creatures such as the critically endangered brown spider monkey and Magdalena River turtle.

This year, members are being asked to vote on two projects in Kenya and one in Brazil.

Wildlife Clubs of Kenya wants to buy $196,027 worth of land at the base of Mount Longonot that is threatened mainly by agricultural expansion. Maasai pastoralists are selling land in the area to small-scale farmers, who are cutting down the vegetation for farming and settlement. The area’s wildlife includes hippopotami, ungulates such as Thomson’s gazelles,  leopards and cheetahs.

Nature Kenya —The East Africa Natural History Society — is asking for at least $40,600 to buy land in the Dakatcha Woodland, a refuge for many endangered species found at only a handful of other sites. It is just one of two places where the Clarke’s weaver nests.

Voting takes place on TIME to choose projects for funding in 2020. (TIME screenshot)

A key feature of the organization is that the land is purchased in the names of local people or organizations based on the idea that long-term success depends on the involvement of those living in and around the forests. The section of El Toro Forest, for example, was bought, with TIME’s help, in 2016 by two local farmers, members of a community in La Esperanza that works closely with TIME’s partners at the Asociación Neotropical Primate Conservation Perú.

The farmers work part of the land that was already cleared of forest while also guarding the entire parcel. A conservation agreement ensures that no further logging will take place, and local residents are policing and patrolling the land.

As well as being an academic researcher and teacher, Shanas has long been an environmental activist. He was a co-founder of the environmental advocacy organization Adam Teva V’Din, headed the campaign against the highway that became Route 6, and played a central role in a battle to protect the Samar Dune in the southern Israeli Arava, where he, with his students, regularly carries out research together with the Arava Institute for Environmental Studies.

“We campaigned for eight years to save the dunes from commercial sand extraction and we lost. Then one day, I took [the director of the Israel Nature and Parks Authority] Shaul Goldstein to the dunes. The trucks were already coming to take the sand away. And I suddenly said to Shaul, ‘I’ll buy the sands from the contractor,’ and he looked at me as if I were crazy. Much later, he told me that he went back to his office and asked himself why I should buy the sands when he, as the director of the INPA, could do it.”

“He paid the contractor, got the Israel Lands Authority to agree to save the place, and it’s on its way to becoming a nature reserve. I gave him an idea, and what we failed to do in eight years, he succeeded in doing in two months.”

Shanas had started to dream long before coming up with the idea of buying the Samar Dune. “I asked myself what my greatest dream would be, and the answer was saving all the forests in the world. Obviously, I couldn’t buy them all myself. I thought, there must be enough other people who care, and perhaps we could do this together.

“I didn’t know where to start, but I knew that there were hotspots where the biodiversity is rich but the threats are imminent.

“I realized that biodiversity hotspots occupy 2.3% of the terrestrial area of the world and that more than 50% of these are in private hands. I couldn’t save all the earth, so I said, let’s start here.

It took Shanas years to work out what he wanted because it had to be different from all the organizations that he knew which, to his mind, were obviously unsuccessful because forests were disappearing so quickly — last year, the amount of tropical forest that vanished was the size of Switzerland.

“I wanted an organization where everyone could be involved, from an early age, could feel that he or she could do something and feel success and could say, ‘Wow, because of me, we saved that monkey or that forest,'” he said.

“And I wanted all the children coming into TIME to know that I didn’t just want their money but their decisions, their involvement.

“I wanted every child to know that he or she is as important as Bill Gates when it comes to their contribution.

“We are in a period where democracy isn’t what it used to be. We need to teach kids the basics of why democracy is important and how it works.”

When TIME goes into schools, classes are divided into three groups, with each taking a project that needs support, learning about it in depth and then trying to convince the others to vote for it.

At present, TIME is run entirely by volunteers “so that a child who donates pocket money, or my son who gave his bar mitzvah money, will know that it doesn’t go to promotion or salaries, but 100% to save land,” Shanas said.

That inevitably restricts the organization’s impact. To date, TIME has around 5,000 members — probably half of them Israelis — and has involved a couple of handfuls of schools.

A first TIME chapter recently opened at Queens College of the City University of New York and on Tuesday, it held its first event — a lecture via Zoom by TIME scientific advisory board member Nick Haddad.

But to make a big impact, TIME needs to grow, and employ staff, and for that, Shanas will need support not from citizens but major donors.

Asked why he thought people sitting in Tel Aviv, London, or New York would feel the need to save a monkey on the other side of the world, Shanas said, “That’s much easier to explain today after a piece of RNA from somewhere in China succeeded in bringing the world to a standstill.

“What happens far away has an impact on us. The rise in diseases that come from animals has risen dramatically over recent years, and one of the reasons is our destruction of the environment, which brings the diseases to us.

He added, “A child who donates a dollar towards buying land in a hotspot helps to keep 175 kilograms (385 pounds) of carbon dioxide from going into the atmosphere. That tree in Colombia affects our lives and our survival, particularly in a place like Israel, which is warming faster than other parts of the world.”