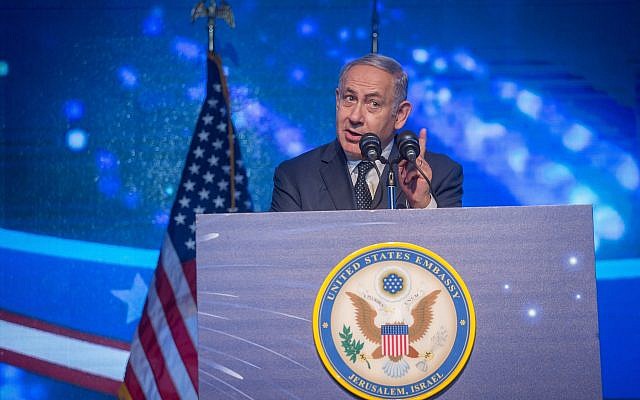 Prime Minister Benjamin Netanyahu urged European countries to call off planned talks with Iran over preserving the nuclear deal, after European officials alleged they uncovered a plot backed by Tehran to attack an event by an Iranian exile group in Paris.

Adopting a mocking tone, in remarks at an American Independence Day celebration hosted by US Ambassador David Friedman at an event hall near Ben-Gurion airport, Netanyahu expressed incredulity that other nations would still try to deal with Iran, and praised US President Donald Trump for pulling out of the landmark 2015 accord.

“There is a meeting this week by the P4 without the United States…” and “the P4 invited Iran’s President Rouhani to attend,” Netanyahu said derisively. “At the same time, in recent days, this same regime dispatched a terrorist cell to carry out a major terrorist action in France. The commander of this terrorism cell was an Iranian diplomat in Austria… This Iranian terror plot was planned on the soil of Europe on the same week that the European leaders are supposed to meet the president of Iran about circumventing the sanctions on Iran.”

“Stop funding the very regime that is sponsoring terrorism against you and against so many others. Stop appeasing Iran,” he urged. 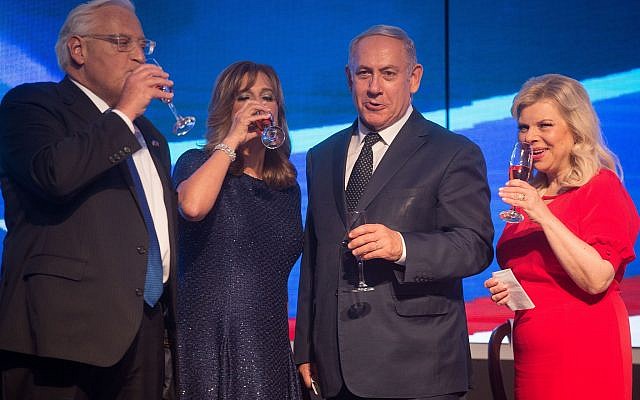 From left, US ambassador to Israel David Friedman, his wife Tammy Friedman, Prime Minister Benjamin Netanyahu and his wife Sara Netanyahu drink a toast at an American Independence Day celebration at Avenue in Airport City, on July 3, 2018. (Miriam Alster/Flash90)

The withdrawal has paved the way for new US sanctions against Tehran and foreign companies that trade or invest with it, causing several major businesses to stop activity in the country. 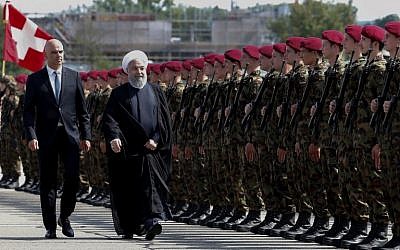 Swiss President Alain Berset, left, walks with Iranian President Hassan Rouhani as he reviews an honor guard after his arrival at an airport in Kloten – Zurich Canton – on July 2, 2018, at the start of a two day official visit to Switzerland. (AFP/ RUBEN SPRICH)

On Friday, Iranian Foreign Minister Mohammed Javad Zarif is slated to meet in Vienna with top envoys from the five powers still party to the nuclear deal — Britain, China, France, Germany and Russia — for the first time since Washington’s withdrawal, according to Iranian state media.

Ahead of that meeting, Iranian President Hassan Rouhani is holding talks with leaders in Switzerland and Austria aimed at keeping European business in Iran despite the threats of US sanctions.

Rouhani’s visit and the P4+1 meeting have been overshadowed by the arrest of six people arrested in Belgium, France and Germany over an alleged plot against Saturday’s rally in a Paris suburb, organized by the National Council of Resistance of Iran. The rally was also attended by leading US figures, including close allies of President Donald Trump. 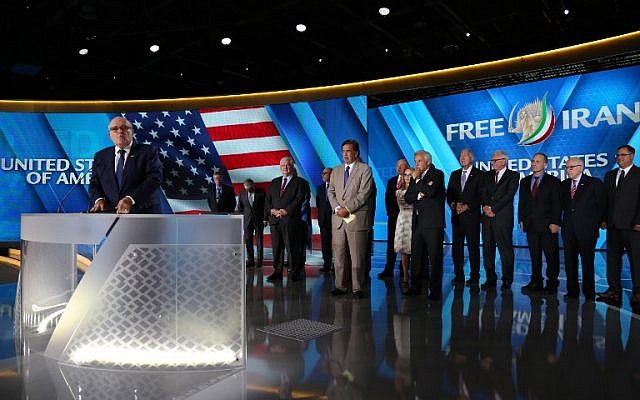 Among those arrested were a diplomat attached to the Iranian embassy in Vienna.

On Tuesday, the Austrian foreign ministry summoned the Iranian envoy to request that Tehran “lift the (diplomat’s) immunity.”

Ministry spokesman Matthias Forenbacher said the unnamed diplomat a would be “deprived of his diplomatic status within 48 hours because of the existence of a European arrest warrant” against him.

Federal prosecutors in Brussels first revealed the arrests, charging a husband and wife they described as Belgian nationals “of Iranian origin.” 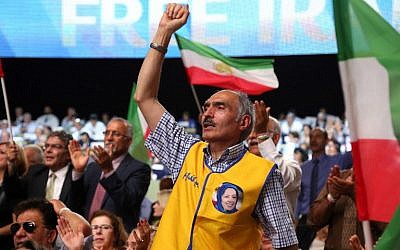 The couple were carrying 500 grams (about one pound) of the volatile explosive TATP along with a detonator  when angroup elite police squad stopped them in a residential district of Brussels, authorities say.

They said the Iranian diplomat in Vienna was believed to be a contact of the couple.

On Wednesday, Rouhani is due in Vienna, where the 2015 nuclear deal was signed, to meet Chancellor Sebastian Kurz and President Alexander Van der Bellen.

Zarif has dismissed the alleged plot as a “false flag ploy” designed to tar Rouhani’s tour.

“How convenient: Just as we embark on a presidential visit to Europe, an alleged Iranian operation and its ‘plotters’ arrested,” he tweeted Monday.

How convenient: Just as we embark on a presidential visit to Europe, an alleged Iranian operation and its “plotters” arrested. Iran unequivocally condemns all violence & terror anywhere, and is ready to work with all concerned to uncover what is a sinister false flag ploy. 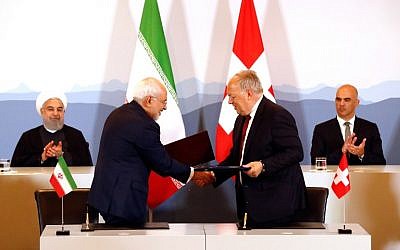 But the plot has reawakened fears of Iranian terror on European soil. One of Israel’s largest complaint with the nuclear deal was that it failed to address Iranian sponsorship for terror around the world.

After arriving in Switzerland on Monday, the Iranian president held talks with his counterpart Alain Berset on Tuesday in a meeting Tehran said was of “crucial importance” for cooperation between the Islamic Republic and Europe.

On Tuesday, the US State Department said it would dispatch Acting Under Secretary for Political Affairs Stephen Mull to Belgium and Austria for talks ahead of the Iran meeting. Mull was in charge of the implementing the Iran nuclear deal under the Barack Obama administration.

.@Statedeptspox announces Acting Under Secretary for Political Affairs Stephen Mull's travel to #Brussels, Belgium and #Vienna, Austria on July 3-5 for meetings with his counterparts at the @eu_eeas and with the EU's political directors. pic.twitter.com/qDd8CCJIMO