My visit to Sudan this month came amid developments that are nothing less than historic. It was just a few weeks after the Sudanese and Israeli governments announced their plan to normalize ties between the two countries on October 23, and a year and a half after the April 2019 overthrow of dictator Omar al-Bashir, who ruled Sudan for the past 30 years.

Sudan has not historically been a friend to Israel and has been party to a decades-old Arab boycott of Israel that began following the 1967 Six Day War, when Arab leaders gathered in Khartoum to announce what became known as the “three nos”: no peace, no recognition, and no negotiations with Israel.

Decades later, some Sudanese leaders are still unconvinced the “nos” should be abandoned for deals covering agriculture, trade, aviation and migration. “Normalization contradicts Sudanese national law, and the Arab national commitment,” said former prime minister Sadiq al-Mahdi, referring to the boycott of Israel, which remains in force under Sudanese law until the formation of a provisional government. The country has not had a sitting parliament since April 2019 and the Israel-Sudan pact has yet to be formally signed.

However, Gen. Abdel-Fattah Burhan, head of the ruling sovereign council, views the normalization deal with Israel as a lifeline back to the international trade community. “We all want a Palestinian state within the 1967 borders… but we do not want to make Sudan bear full responsibility for it,” said Burhan on October 26. 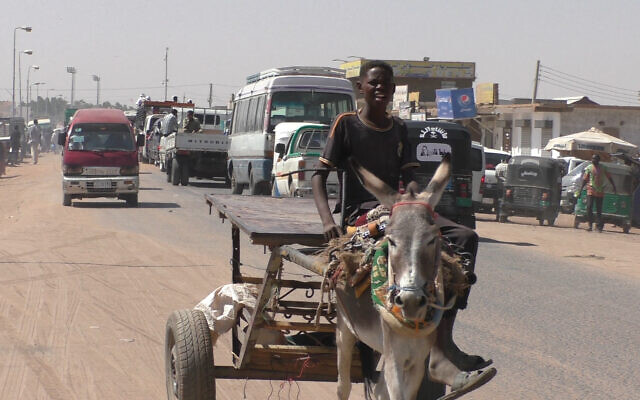 Traffic on a road in Khartoum, Sudan, November 2020. (Ziv Genesove)

Walking the streets of Khartoum and speaking with the citizenry, it becomes clear there is a real sense of change in the air. And although many locals are not sure exactly what they want, they know very well what they don’t want — and that’s more of the same.

“The last government was very busy with spreading ideas and ideologies of hatred and extremism,” Ahmed says. “But it did not worry about the daily lives of its citizens. We are fed up with the speeches about noble goals. Let me feed my family first.” 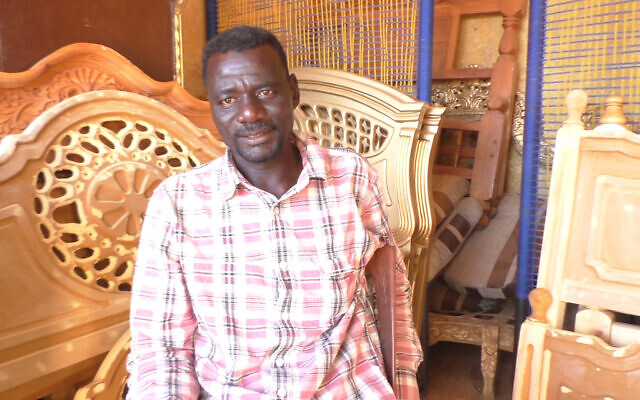 On the streets of Sudan, not everyone likes the idea of normalization with Israel. After the announcement, there were several demonstrations against the move, and footage of burning Israeli flags was broadcast by the media. Ahmed is not moved by these sights.

“So a few idiots burned the Israeli flag,” he says. “Look at the photos from the demonstrations — you will see no more than 200 people participating; in most cases even less. Most of the public in Sudan today is indifferent to foreign politics.” 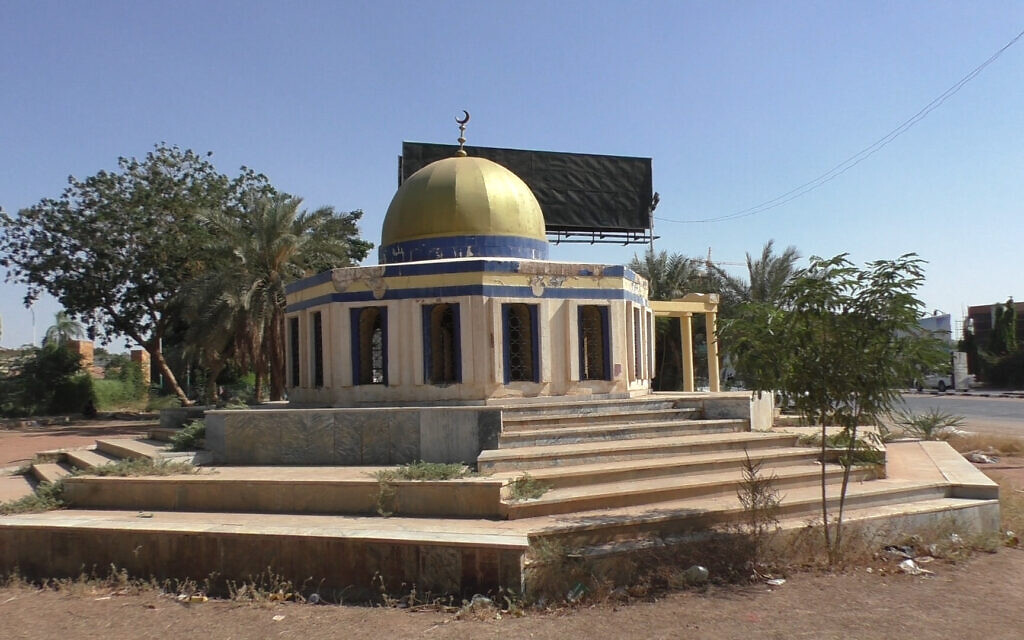 A model of the Dome of the Rock near the airport in Khartoum, Sudan, November 2020. (Ziv Genesove)

According to Ahmed, normalization with Israel is an excellent opportunity for Sudan to begin a new path. “Israel is an advanced country,” he says. “They can help us in many fields, help us develop our agriculture, our infrastructure. They can bring knowledge and technology.”

Nasser, a car salesman from Omdurman — a city of nearly 3 million abutting Khartoum — likewise thinks that normalization with Israel is the right step. 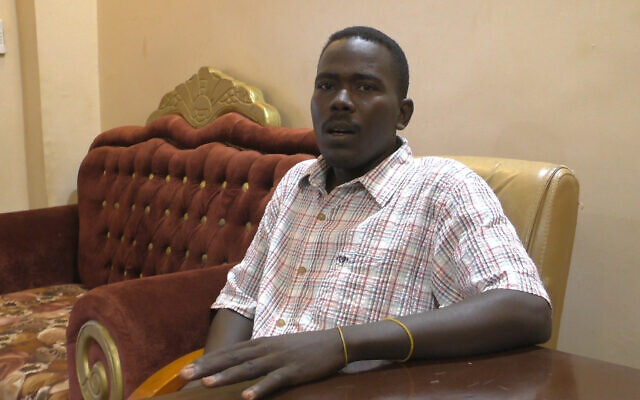 “The conflict belongs to the previous generation,” says Nasser. “The current generation did not have any direct clash with Israel. Besides, many other Arab countries have relations with Israel, so what’s the problem here?”

We have stood by the Palestinians for a long time

Saed Omar, one of the directors of the Sudanese-Israeli Friendship Society, sits with The Times of Israel in a quiet corner of my hotel lobby. He too declines to make a fuss about the images of Sudanese citizens burning Israeli flags. 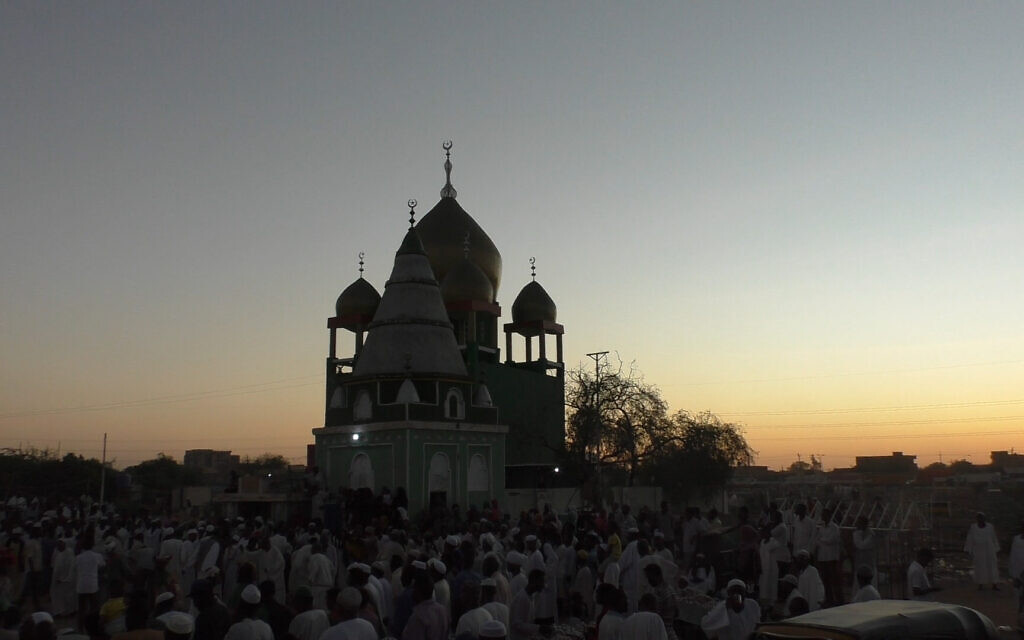 “Some of the people in our nation oppose normalization with Israel, and some support it,” Omar says. “That’s fine; there is no country in the world where everyone thinks the same on 100 percent of the issues.”

However, he is sure that the vast majority in Sudan understand the benefits of this move.

“The previous government was a terrorist government which supported organizations like the Iranian regime and Hamas,” Omar says. “It was a government with vile interests. Connecting with Israel can benefit Sudan in so many areas — they will be able to contribute to us through their knowledge and help us develop in the medical field, in agriculture and industry, and many other areas.”

One of the groups that helped overthrow former president al-Bashir from power was the Movement for the Liberation of Sudan. The movement’s spokesman, Muhammad Hassan, told The Times of Israel what he thinks of the move toward normalization. 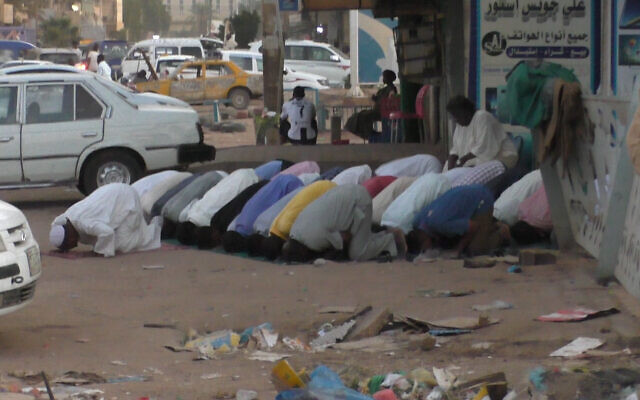 “We as a state should strengthen our ties with all the states in the region,” says Hassan. “We have stood by the Palestinians for a long time, and we will continue to stand by them, but we must also take care of our home.”

While it is becoming more and more common these days to find those in favor of normalizing relations with the State of Israel, not long ago “Israel” was considered a dirty word in Sudan. Mansour Itzhak Asrail, a pharmacist from Omdurman whose last name means Israel, knows this better than anyone.

Asrail was born and raised Muslim, but his grandfather, Asrail Daoud, was a Jew who fled to Sudan from Iraq. Although he was forced to convert to Islam, Daoud was proud of his Jewish roots: he kept the name Asrail (Israel) and even gave his children Hebrew names. 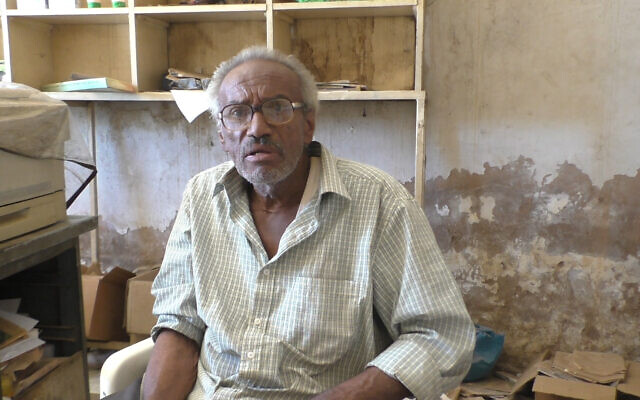 “Every time people heard the word Asrail they would say God forbid,” says Asrail as he sits in his humble pharmacy, where most of the shelves are devoid of medicine. “The Muslim Brotherhood stole our country, and they abused and harassed me personally, only because my name is Asrail.”

Asrail tells The Times of Israel he has plenty of good reasons to be angry. He says he has experienced anti-Semitic harassment and threats throughout his childhood and until recently. Asrail also claims that al-Bashir’s government and the administrations that preceded it systematically usurped his family’s assets and wealth.

“When we came to Sudan we were the richest people in the area. Now we are the poorest,” Asrail says. 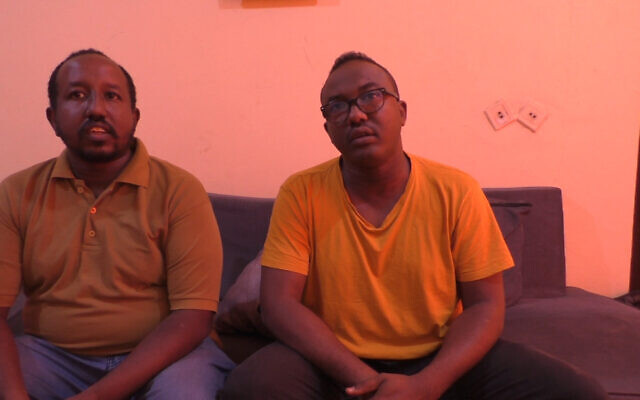 Asrail’s nephews, Mohammed Itzchak Asrail and Abu-Bakr Ishaq Asrail, have also had their share of unpleasantness.

“If people discover your family name is Asrail, many times they will sever connections with you, thinking you might be a spy,” they tell The Times of Israel.

They say that the house in which they live belonged to their family for the last three generations. Now, they say, the property has been nationalized and in effect belongs to the government. This is, according to them, only on account of their Jewish roots.

Despite all they have suffered, Mansour Asrail and his nephews hope that the prospect of normalization with Israel will usher in a new era in Sudan.

“I would like to see Jewish tourists come from Israel to visit Khartoum. Why not?” says Mohammed Asrail. 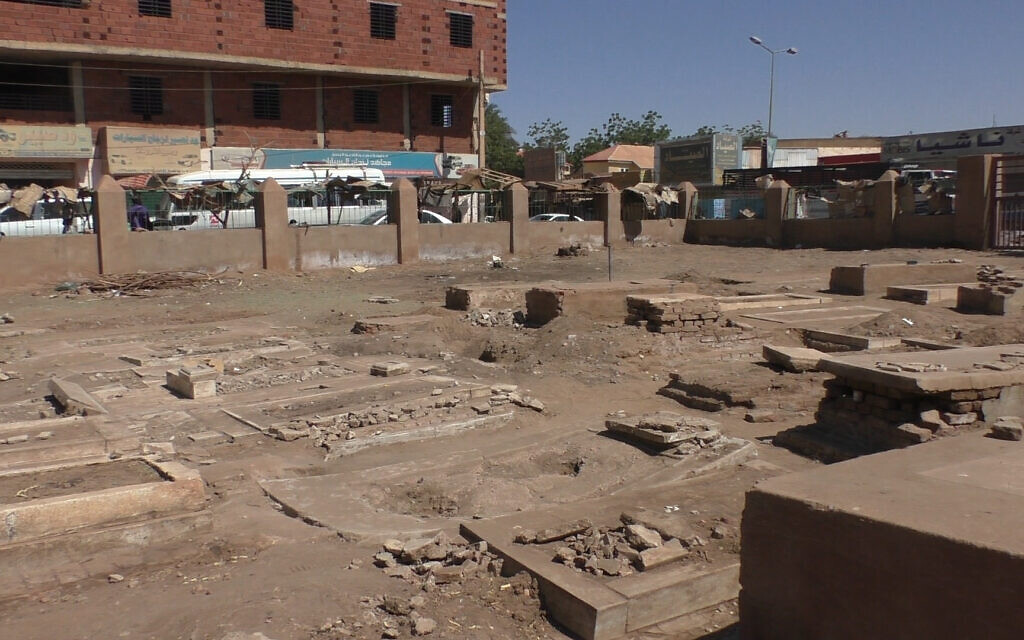 The Jewish cemetery of Khartoum, Sudan, has fallen into disrepair, but a recently initiated government restoration project seeks to save whatever possible. (Ziv Genesove)

His uncle, Mansour Asrail, also sounds optimistic. “Tell the Israelis that they are welcome with their knowledge and technology,” he says. “And their money, of course,” he adds with a smile.

On the way back from Asrail’s pharmacy, I went to see what might be the last remnant of the small Jewish community that once flourished here: The Jewish cemetery of Khartoum.

Up until recently, this site was a dump. But in recent weeks, the Sudanese government launched a restoration project that includes cleaning and attempting to preserve what remains of the gravestones. Clearly, times are changing.