Although he died 45 years ago at the young age of 32, Lee remains among the world’s most famous martial arts masters. His punches, kicks and fighting prowess are instantly recognizable in his hit movies such as “Enter the Dragon.”

Yet one aspect of his background remains obscure — evidence indicates he had a Jewish great-grandfather.

Lee’s Jewish lineage is among the revelations in a new book, “Bruce Lee: A Life,” by author Matthew Polly. A martial artist himself, Polly seeks to go beyond the many myths surrounding Lee and present a more nuanced portrait of the famed fighter and movie star.

“Bruce, for me, is a diverse and interesting person who is not generally thought of in that area,” Polly said. “Even people who know his story think of him as Chinese. He was a polyglot from lots of different ethnic backgrounds. That he was part Jewish indicates how diverse an individual he was.”

Lee bridged East and West, creating a hybrid fighting style called Jeet Kune Do (The Way of the Intercepting Fist) and transforming Asian martial arts from a small-scale interest in the US into a nationwide surge. 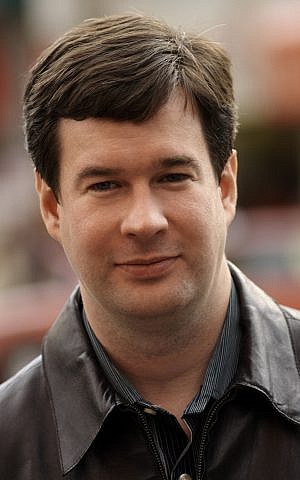 Since Lee’s films were released, there have been over 20 million martial arts students in the West.

One of them is Polly, who calls Lee an inspiration. He has trained in various disciplines across the world, studying with the famed Shaolin monks in China to learning the more contemporary mixed martial arts (MMA).

Polly describes these experiences in his first two books. His third and most recent work, though, combines journalism with scholarship.

In addition to interviewing surviving members of Lee’s family, including his widow, Linda, and their daughter Shannon (the couple’s son Brandon, a star in his own right, tragically died while filming the movie “The Crow” in 1993), Polly also conducted research that contradicts established versions of Lee’s life.

In the book’s footnotes, Polly refers to “incorrect statements” that led to assumptions that Lee’s maternal great-grandfather was German Catholic. Polly found evidence that this great-grandfather, Mozes Hartog Bosman, came from a Dutch Jewish family of German descent.

Bosman was born in Rotterdam in 1839 to teenage parents Hartog Mozes Bosman and Anna de Vries. His father was a kosher Jewish butcher.

“[Mozes] did not want to take up his father’s business,” Polly said. When he was a teenager, Bosman joined the Dutch East Asia Company and “jumped on a boat halfway across the world, ending up in Hong Kong.”

“He was one of those boys who wanted adventure,” Polly said. “He could very easily have died at any moment on the journey.” 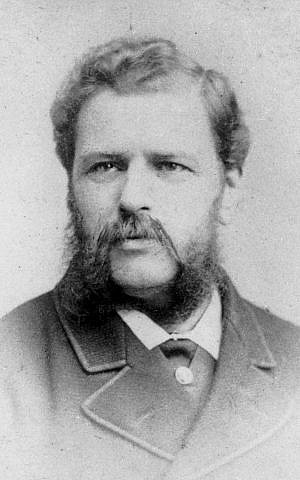 Instead, in 1866, he became the Dutch consul to Hong Kong, where he left a complicated legacy. He bought a Chinese concubine named Sze Tai and had six children with her; all grew up to become “extremely wealthy, the richest in Hong Kong,” Polly said.

One of their sons, Ho Kom-tong, had a wife, 13 concubines and a British mistress. With his mistress, he had his 30th child — a daughter, Grace Ho, who became Bruce Lee’s mother.

By this time, Bosman was gone. He had involved himself in what was called the coolie trade, in which he and other Hong Kong merchants signed Chinese laborers to “exploitative contracts” to work in the US building railroads, Polly said.

But Bosman went bankrupt and abandoned his family for California, changing his name to Charles Henri Maurice Bosman. “He would not see his sons again,” Polly said.

Bosman started a separate family after marrying the daughter of a wealthy businessman involved in the China trade. They moved to England, where he was buried in a Christian cemetery.

“He may have converted later in life,” Polly speculated.

Polly thinks the story of the Dutch Jew “could have made a good movie,” but there is another plot twist — some doubt whether Bruce Lee’s grandfather Ho Kom-tong was actually Bosman’s biological son.

Of Bosman’s six Chinese children, Polly said, “all of them looked different,” with Ho Kom-tong’s features “the most Chinese of all the sons.”

“There are rumors that maybe the concubine had an affair with a Chinese man on the side — that Mozes was the official father but not the biological father,” Polly said. “If that’s true, there’s no Jewish blood lineage.”

But Polly said there is no evidence to back up the rumored affair. “Eurasian children often looked different from their siblings. Bruce looked far more Chinese than his brothers Robert and Peter.” 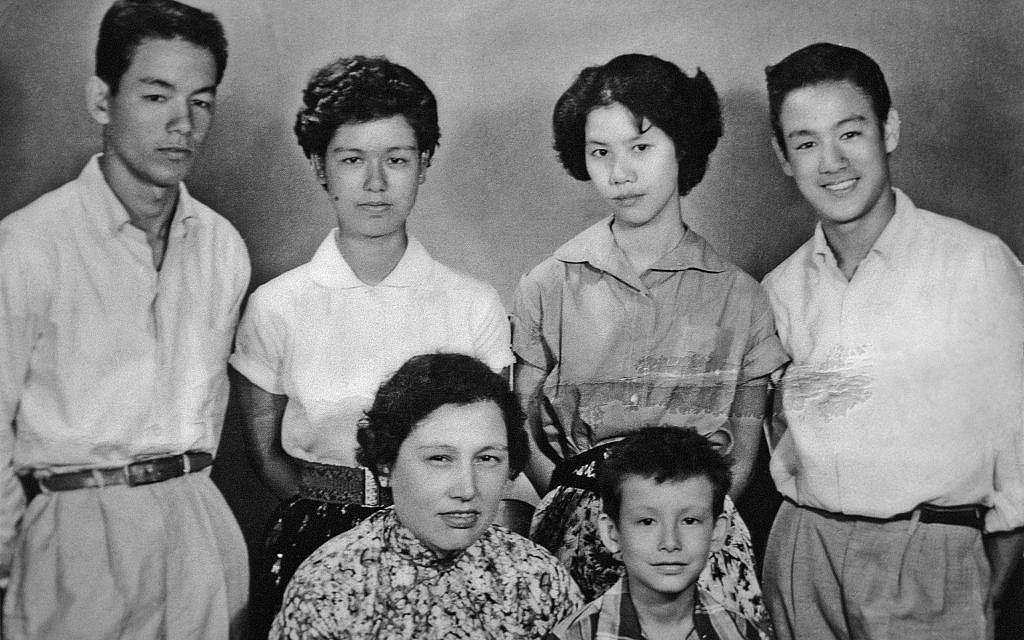 Polly also questioned “whether or not a Chinese concubine in 1860s Hong Kong married to a European trader would dare to cheat.” And, he noted, “Ho Kom-tong officially told everyone Mozes Hartog was his father on his identity card.”

“In my view, Mozes Hartog Bosman was the father of Ho Kom-tong,” said Polly.

The story of Bruce Lee’s Jewish genealogy has resulted in a video made by educational producer BimBam.

“I love it,” Polly said. “It’s spot-on. It balances the line between treating the subject lightheartedly while allowing for this fascinating story that no one ever heard about — Mozes Hartog’s life story that led to Bruce Lee, the greatest Chinese kung fu martial artist of all time.”

A star is born

Lee himself was born in San Francisco in 1940 before returning to Hong Kong and living as a toddler under Japanese occupation in World War II. Only one-third of Hong Kong’s population survived the war.

“The atrocities the Japanese committed against the Chinese are staggering,” Polly said, citing a death toll of 50 million. “It was as miserable as you could imagine. His very first experiences in the world were what it was like to live in wartime.” 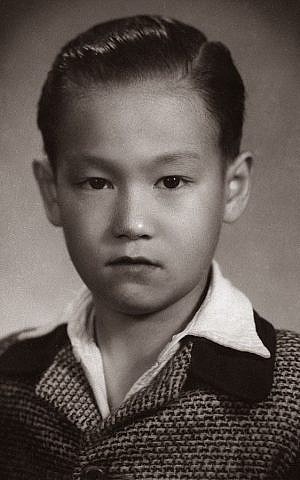 In postwar Hong Kong, Lee became a young film star in movies that had nothing to do with martial arts. He also trained in the ancient fighting styles, but had a troubled adolescence. For a change of scenery, he went to live in the US at age 18.

Polly sees parallels between the experiences of Chinese and Jewish newcomers to the US — including the discrimination that Lee and other Chinese immigrants suffered.

“It’s not unique to the Chinese,” Polly said. “Jewish, Italian, Irish immigrants were initially greeted as cheap labor before eventual racism and discrimination [arose] against them.”

But, he said, “the Chinese story is not as told as some others. They were the first group of immigrants to have a law passed excluding all of them, the Chinese Exclusion Act, based on country of origin,” passed in 1882 and only repealed during WWII.

“There were [anti-Chinese] riots, pogroms,” Polly said. “They would drive them out of cities, huddled into Chinatowns — as it were, ghettos. It was the only part in San Francisco where they were allowed to own property to ensure they would not live anywhere else. There was a lot of discrimination similar to Jewish people in Europe, and also America.” 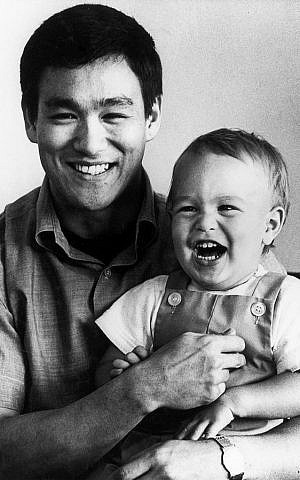 There were also instances of acceptance. When Lee began teaching martial arts in the US, his first student, Jesse Glover, was African-American.

“At the time, the Chinese community and the African-American community were at odds,” Polly said. “Bruce did not care about race and ethnicity as long as you were sincere. His first class was the most diverse group of students in the history of kung fu.”

Lee also found acceptance when he married his college sweetheart Linda Emery, whose background includes Swedish and German roots. According to the book, Lee “proudly told everyone” about his newborn son Brandon’s diverse features, describing him as perhaps the only Chinese person with blond hair and grey eyes.

One place where Lee struggled for inclusion was Hollywood — even after his initial success as martial arts master Kato in the TV show “The Green Hornet.”

“No one had ever seen an Asian martial arts master on a Western TV show,” Polly said.

After its cancellation, Lee “dedicated himself to becoming a martial arts movie star, playing a heroic role over and over again,” Polly said. “Hollywood did not think audiences would accept it.”

Finally, Lee went back to Hong Kong, where he portrayed a martial arts master in the films “The Big Boss,” “Fist of Fury,” and “Way of the Dragon.” 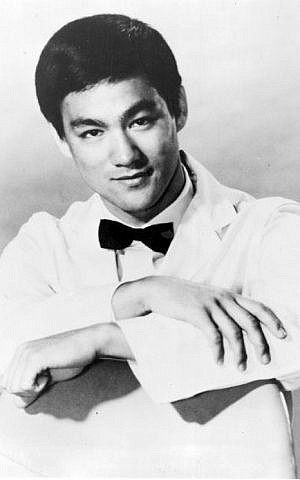 This led to “Enter the Dragon,” a precedent-setting co-production between Hong Kong and Hollywood. It was the world’s first ever English-language kung fu movie. Produced on a $1 million budget, the film made $90 million at the box office.

“I was stunned anybody could fight like that,” Polly said. “He seemed superhuman.”

Yet when the film was released on July 26, 1973, it would come amid tragedy. Lee had died six days earlier in what Polly describes as mysterious circumstances.

“Writing the book, I knew I had to say something about it,” Polly said. In his book, he presents “a new theory for his death — he died from heatstroke.”

Lee was buried in Lake View Cemetery in Seattle, which had two sections — “a very tiny Chinese section and a bigger one for Caucasians,” Polly said. “They asked if he wanted to be buried ‘with his people.’ He chose to be buried in the white section of the cemetery.”

At his funeral, former student Glover stayed by his grave and shooed off the workmen who were filling it in, shoveling in the final piece of earth himself.

“Imagine an African-American man filling in a Chinese grave in a white cemetery in Seattle,” Polly said. “It’s a quintessentially American experience.”