The Israel Museum unveiled the Florence Scroll on Wednesday, a hand-painted scroll from the 14th century which is now displayed unrolled to its full length inside the glass vitrine of a museum gallery.

The nearly 11-meter parchment is the focus of “Painting a Pilgrimage,” the exhibit depicting the pilgrimage of a medieval Egyptian Jew from Cairo to the Land of Israel, the earliest known visual travelogue of the Holy Land.

It’s a scroll dominated by the cherry red, leaf green and ochre yellow lines that make up its 130 illustrations, displaying holy sites located from Egypt to Lebanon and offering one painter’s idea of what the region looked like 700 years ago.

“Scrolls are usually rolled up and kept out of the light, so the colors are kept sharp and bright,” said Rachel Sarfati, the senior curator who has been researching the scroll for the last 14 years.

The parchment includes illustrations of Egyptian and Lebanese landscapes, a central drawing of the Temple Mount, others of Mount Sinai, the Cave of the Patriarchs and the Tower of David.

It’s a relic that depicts sites and places built and visited in ancient times, yet in a landscape that is very familiar to the museum visitors, accentuated in the “Painting a Pilgrimage” exhibit with hands-on, digital maps and two wall-sized slide shows offering a pictorial view of those locations in modern times.

“Rachel Sarfati curated this, she realized its importance and brought it to light,” said museum director Ido Bruno at the opening on Wednesday night. 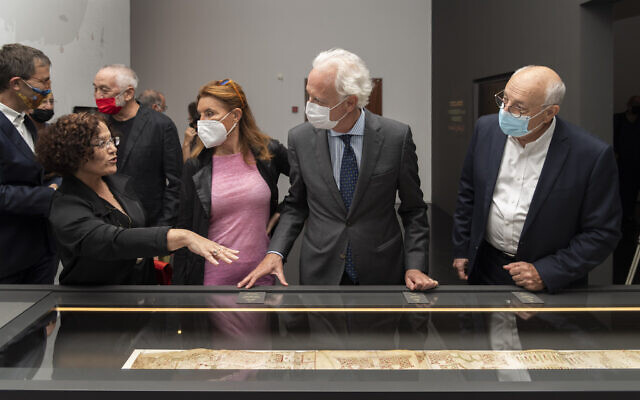 Sarfati has been researching this particular scroll for well over a decade, as it became the basis of her doctoral research and thesis.

Having previously researched scrolls from slightly later decades for her masters degree, Sarfati first heard about the ancient Cairo parchment from a colleague who was visiting Israel. The work associate told her about a parchment she had seen in Florence, at the city’s National Central Library.

That was back in 2007, and Sarfati requested photos and scans of the scroll.

The Tower of David depicted in the Florence Scroll is currently on display at the Israel Museum. (Courtesy Biblioteca Nazionale Centrale di Firenze)

“I immediately knew this was the real thing,” she said. “The second I saw it, I knew it was from an early period. I could see the fine details in the scanned photos and I knew the iconography and what describes those periods.”

The scroll that had been written and illustrated by the Jewish Egyptian traveler had arrived in Italy at some point, probably traveling with Italian pilgrims.

Sarfati didn’t see the scroll in person until 2011, but she had already begun researching the parchment and its history, studying with Elhanan Reiner, a professor in the Jewish History department at Tel Aviv University, who became Sarfati’s advisor for her PhD studies. 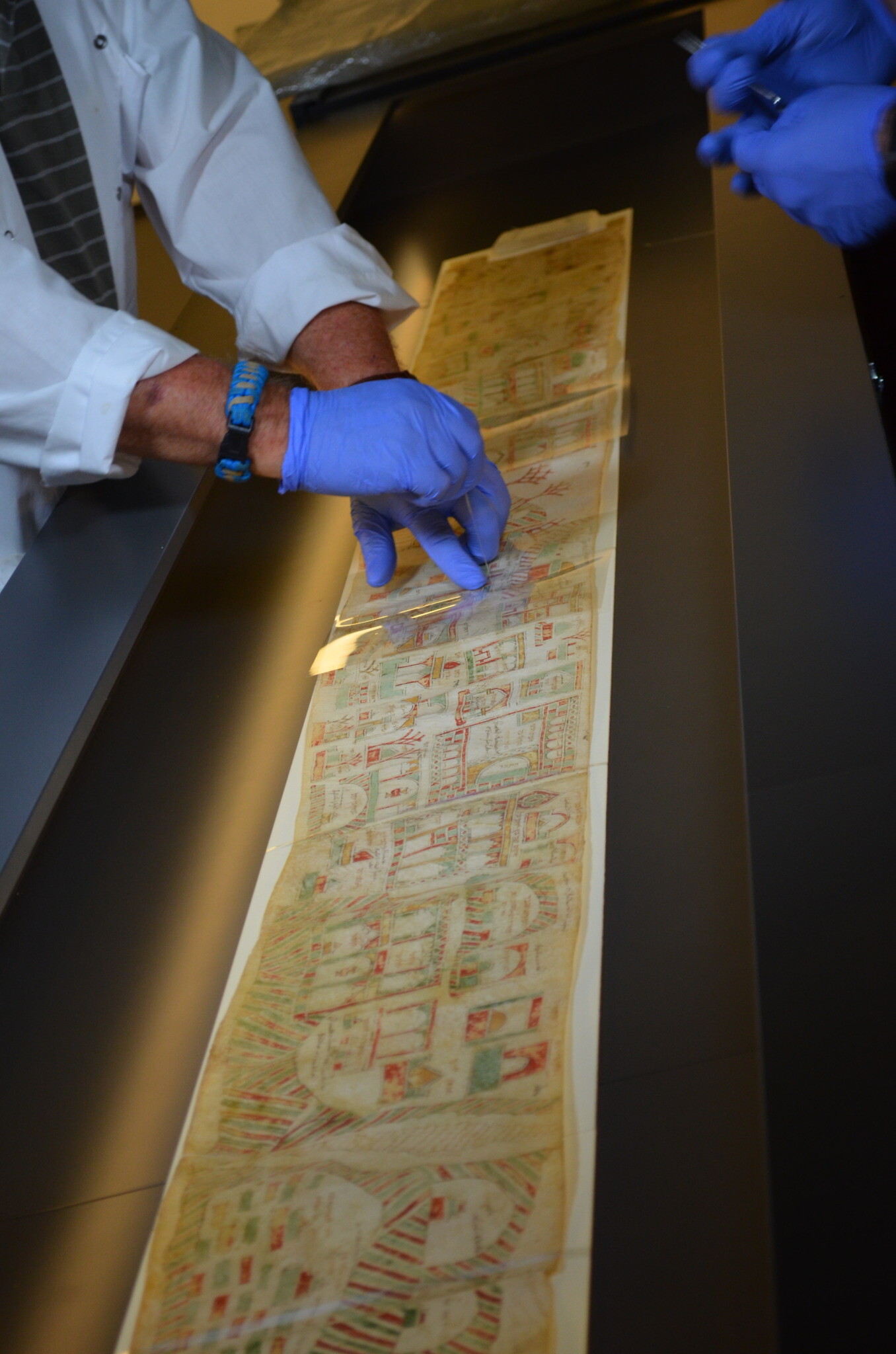 Sarfati ended up writing her dissertation on the subject of 14th-century pilgrimage scrolls, eventually adapting her research in the catalog for the exhibit currently on display at the museum.

Her colleagues heralded Sarfati’s tenacity and historic acumen in putting together the exhibit.

“It’s the result of a certain kind of stubbornness to figure out how to display this kind of work and turn a PhD dissertation into a museum exhibit,” said Rehav Rubin, head of the research institute Yad Ben Zvi, who spoke at the opening event. “It’s a wonder!”