Decades on, private investigator Steven Rambam continues to pursue the 20th century’s most brazen murderers, even as governments turn a blind eye to the evidence he collects

The chillingly real stories came from men who had set out to perform their service honorably. Some were lauded as heroes with medals and state recognition. Others recounted events with clear recollections, as though there was no passage of time. These men posed for photographs taken by Romano with their service rifles; they positioned themselves next to pictures of their commanders.

What was fictitious was Romano, a New York Jew whose true name was Steven Rambam — a private investigator who made it his mission to hunt Nazis in the hopes of finally bringing them to justice.

Presenting himself as a young, clean-cut, strapping man in suit and tie, Rambam gathered these stories throughout the 1990s, clipboard and tape recorder in hand. Told at length to the ostensible foreign university scholar, they came from Nazi war criminals who had been living comfortable lives on foreign soil for several decades, unashamed to use their real names, unashamed to speak openly about what they did.

The first person Rambam interviewed and recorded was a police chief from Lithuania, Antanas Kenstavicius, who, with other men, murdered 5,000 Jews in six days, including children, in the town of Ignalina.

Kenstavicius locked them in stables with no food or water, and later took them to a ditch and shot them, according to Rambam’s records. Pleased to discuss it openly with “Romano,” Kenstavicius, the gracious host, laid out cake and schnapps for his guest at his home in the Canadian province of British Columbia. 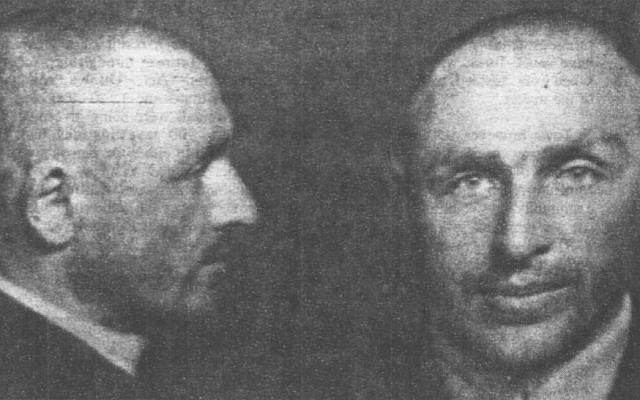 Antanas Kenstavicius helped murder thousands of Jews in less than a week in Ignalina, Lithuania during the Holocaust. (Courtesy)

One answer sliced right into Rambam’s gut. When he asked whether anyone fought back, the Nazi’s wife, Stella — an accomplice — jumped in: “They were like lambs.”

He paused the investigation for a few days to mentally regroup.

“If you’re a decent person, someone has to speak for the murdered. You need to seek justice for them. For the next two years, I was obsessed. Every weekend I would leave wherever I was and fly in from Europe or Asia. I was doing interviews, sometimes two or three a day,” Rambam said.

Ahead of International Holocaust Remembrance Day on January 27, Rambam spoke with The Times of Israel about how he got into the business of hunting Nazis, and why he continues to rally for justice.

The turn from missing persons to missing Nazis

Rambam is a prolific investigator. He has closed 15,000 cases since 1981, ranging from homicide to missing persons investigations. He has received a number of foreign military decorations, and coordinated efforts to expose terrorist groups’ fundraising activities in the United States.

And for almost three decades, he has also been asking why tens of thousands of Nazi war criminals have not been captured, tried, and punished. But rather than wait for an answer, he sought them around the world, compiled information about them, and confronted their governments with the goal of having them prosecuted. 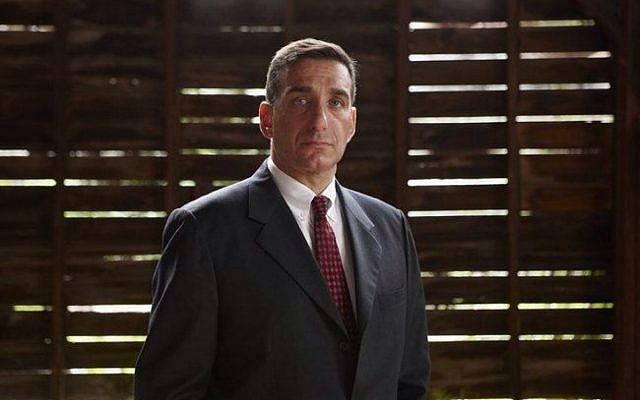 For decades, Steven Rambam has been asking why more Nazis haven’t been prosecuted. (Courtesy)

It all began when Rambam assisted in locating witnesses for a Nazi hunting case in the early 1990s. A stranger approached the investigator and handed him a list of 85 Ukrainian Nazi collaborators.

“Each had a little paragraph after the name, a capsule of what they did,” Rambam said. “[One of them] ‘specialized in the murder of children.’”

As a private investigator, strangers regularly hand him dossiers, and, as a matter of course, the contents of some of them, Rambam said, are simply “insane.” But while “insane” might indeed be an apt descriptor for this case, the contents of the dossier actually turned out to be true.

After he’d seek out people who had committed murder with their own hands, his biggest shock was how unafraid they were. They were not concerned, and were certain they had nothing to fear, that nobody was going to bother them, Rambam said

Rambam wanted to widen his net to find mass murderers wherever they were hiding. He and his team went on to find 1,000 more war criminals from countries all over Europe in just four months. About 300 were located through the phone book. The men were clearly unafraid of the justice system, which had simply yawned for a half century.

Rambam winnowed down the list to the 200 worst offenders, which his resources were dedicated to finding, identifying, extracting confessions from, and recording. Rambam himself would interview 170 of them.

“These old men were… living in nice homes, some profiting off stolen Jewish money,” Rambam said.

The first order of business was to create an assumed identity, and lucky for Rambam, he had existing fake identification for an earlier case. Salvatore Romano of St. Paul’s University of Belize was born; the nonexistent university’s offices were simple to phony up. 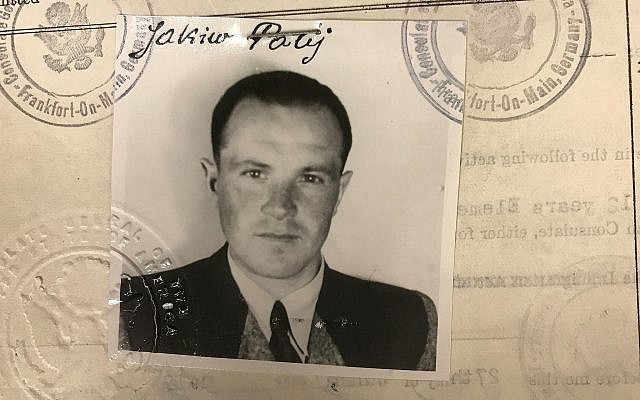 Rambam spent more than a quarter million dollars of his own, and from donated funds, for this mission.

As a cover story, Romano was ostensibly writing a thesis on “the interchangeability of civilian and military forces in a law-enforcement support role during wartime.”

According to Rambam, there are still about 8,000 European war criminals with blood on their hands in the US, the same number in Canada, about a thousand each in the UK and Australia, along with pockets in Eastern Europe and South America. Rambam says these people collaborated with the Nazis and facilitated in the murder of Jews. Many of them had joined the German army or SS auxiliaries in groups.

The Washington Post recently reported that one of Germany’s chief prosecutors for Nazi war crimes, Jens Rommel, noted “remarkable progress” and a surge in arrests in recent years due to a revised legal framework, allowing authorities to charge Nazis with crimes due to their presence at a death camp.

This includes Jakiw Palij, who was deported from the US this past August at age 95. Palij died in Germany earlier this month without facing prosecution. 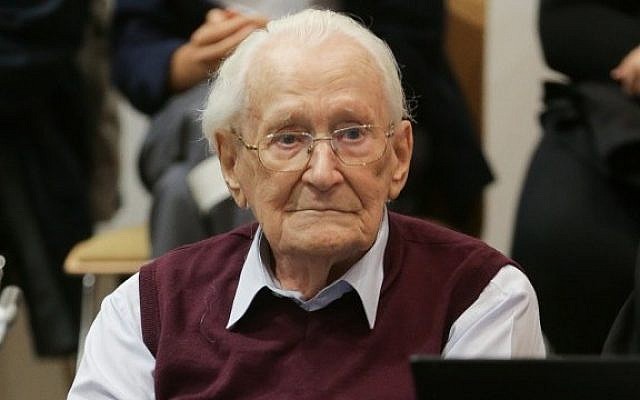 Recently, Oskar Groening, known as the “Bookkeeper of Auschwitz,” was convicted of 300,000 counts of accessory to murder, and handed a four-year prison term. He died without serving time. Laszlo Csatary, at age 98, died three years ago in Budapest while awaiting trial for aiding the murder of 15,000 Jews from the ghetto in Kassa, in eastern Slovakia. Meanwhile, 94-year-old Michael Karkoc from Minnesota was tracked down and awaits extradition to Poland. He is suspected of commanding a Nazi-led military unit responsible for the massacre of civilians.

In the early 1990s, Rambam believed like many others that war criminals were hunted and captured. First among them was Adolf Eichmann, who was kidnapped in Argentina by Israeli agents in 1961 and later tried and put to death in Israel. But that was the rare exception, he learned.

Besides stealth entry, some criminals were welcomed off the boat by showing their SS tattoos or boasting they were anti-Communists — the enemy du jour. Argentina allowed Nazis into the ranks of their military; the US was guilty, too: About 1,000 former Nazis were on government payroll during the Cold War.

Rambam has come to realize that “[Nazis] had a 99.9 percent chance of dying in their bed. No prosecution, exposure, no so-called hunting.”

After he’d seek out people who had committed murder with their own hands, his biggest shock was how unafraid they were. They were not concerned, and were certain they had nothing to fear, that nobody was going to bother them, Rambam said.

“The vast majority of these war criminals were true believers,” he said.

That included Antanas Ceponis, who had a picture of Hitler on his fridge. Rambam took a photo of him posing with his rifle next to the photo in his Ceponis’s Toronto area home.

“No shame, no fear. He confessed, talked about chasing and shooting Jews,” he said. 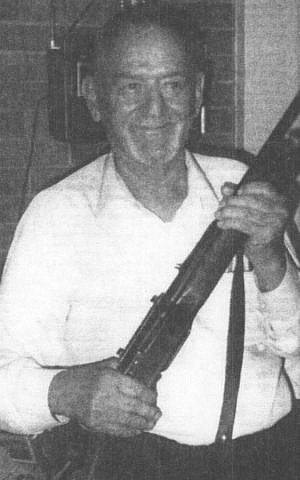 Antanas Ceponis holding his rifle next to a photo of Hitler on his refrigerator. (Steven Rambam)

The result? Authorities seized the rifle.

Rambam believes significant blame for the lack of prosecution falls on the Jewish establishment who failed their moral responsibility. He said the Jewish leadership was beyond livid with him at exposing their passivity with these embarrassing revelations.

“There’s no reason why these Nazis couldn’t have been found and pursued. I proved that,” he claimed.

The Royal Canadian Mounted Police war crimes unit, according to Rambam, shrugged at the evidence. If the Jews didn’t want justice hard enough all these years, why should anyone else, he took it to mean.

The media later reported on the findings and played the recordings of some 10-12 war criminals interviewed by Rambam, including on “60 Minutes” in 1997.

A late justice for some

After this attention, Rambam received a call from a professor at Montreal’s Concordia University, Albert Laullier, who had been a guard near the Theresienstadt concentration camp. Laullier wanted Rambam to know about his commander, Julius Viel.

Laullier, who had not killed any Jews, had kept this secret until deciding to contact a Jewish friend to act as an intermediary in a meeting with Rambam. To ensure it wasn’t a setup, Rambam met him at Montreal’s airport, under the watchful eye of law enforcement. Laullier turned over a manila envelope full of documents.

The first order of business was to find out if Viel was alive — and where he might be. Using contacts in Germany, they tracked a likely candidate who had settled in a town called Wangen im Allgau.

“I went into the city hall and I was able to scam Viels’s address out of them by pretending to be a distant relative from the US,” recalled Rambam. 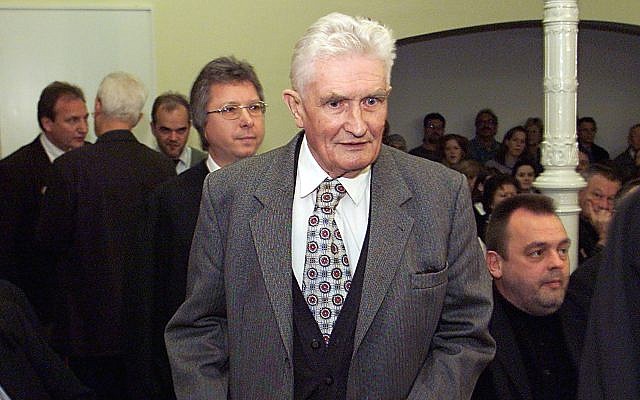 They set up surveillance, took pictures of Viel, compared them to pictures from the war, showed them to Laullier, and nailed a positive identification.
Germany had made an attempt to prosecute Viel in 1964, but failed; the witness in that case was “coincidentally” run over by a car.

With the assistance of German news broadcaster ZDF and journalist Stefan Schlentrich, they built a dossier on Viel. They learned of critical documents from Theresienstadt that existed in Czechoslovakia — one was a concentration camp inmate’s diary that had been secretly maintained, outlining the entire episode.

Rambam presented the evidence to the Staatsanwaltschaft — the war crimes prosecutor’s office. Viel was sentenced to 12 years in jail, at age 83.

He’s often asked if Nazi hunting is still worth it.

“You’ll hear, ‘These are old guys. Come on, you’ll charge, deport, an 85-year-old guy?’ There’s no statute of limitations on murder. It’s not like we’re shooting an 85-year-old and shoving him in a ditch, as he did to us. We want to bring them to justice,” said Rambam.

“If you’re worried if people will feel sorry for him, educate them. Tell them what a monster he is,” he said. “Imagine if 17 members of your family were murdered — wouldn’t you want the monster brought to justice?”