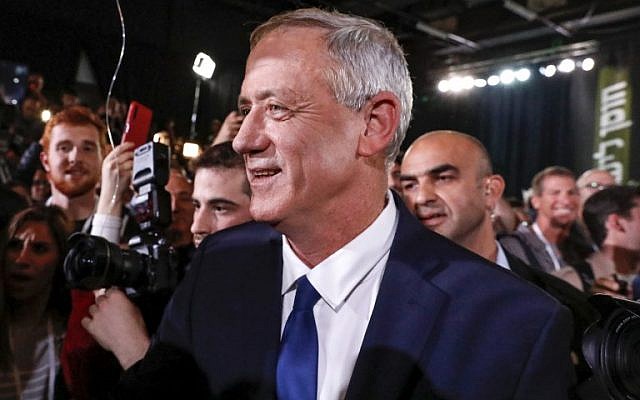 Former IDF chief of staff Benny Gantz (C) is greeted by supporters as he arrives to give his first electoral speech in the coastal city of Tel Aviv on January 29, 2019. (Jack Guez/AFP)

The Palestinians on Wednesday welcomed remarks made by Benny Gantz, the main rival of Prime Minister Benjamin Netanyahu in the upcoming April elections, who earlier seemed to raise the possibility of an Israeli pullback from the West Bank and said Israel should find a way to end its “control” over the Palestinians.

Asked in an interview with the Yedioth Ahronoth daily about the 2005 withdrawal from the Gaza Strip, Gantz said: “It was a legal action. It was approved by the government of Israel and carried out by the IDF and the settlers, with great pain but done very well. We have to take its lessons and implement them in other places.”

The last comment sparked a flurry of rebukes from the right, including from Netanyahu.

But Nabil Abu Rudeinah, a spokesman for Palestinian Authority President Mahmoud Abbas, told journalists in Ramallah that “it is encouraging if he succeeds and he sticks to this opinion.” 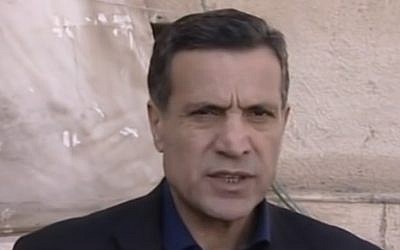 However, he added that the Palestinians needed more details about Gantz’s policies.

“We don’t know him yet, we’ve heard about him. As President Abbas keeps saying, all that we need is an Israeli government that believes in peace.”

Abu Rudeineh added that West Bank settlements are an obstacle to peace and that they should be removed, unless Israel formally annexes them under a negotiated territorial exchange.

“These ideals and values are the way to achieve peace,” he said, according to the Reuters news agency. 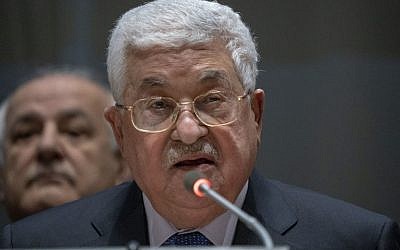 Palestinian Authority President Mahmoud Abbas addresses the Group of 77 on January 15, 2019 at the United Nations in New York (Don Emmert/AFP)

Meanwhile, Abbas himself spoke Wednesday at a peace conference in Ramallah attended by Israelis and Palestinians, saying: “I hope whoever wins the upcoming elections in Israel will want peace, love peace and reach out for peace. We have been reaching out for peace for a long time.”

In his interview, Gantz said that “the main question” in achieving peace with the Palestinians “is the security question.” 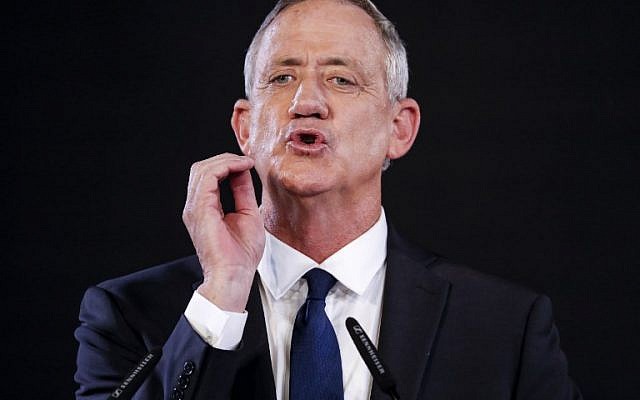 Any agreement, he said, “must ensure Israel is secure. Now we have to ask what our interest is.

“We — and Bibi said this in his Bar Ilan speech — don’t want to rule over anyone else,” he said, referring to a major policy speech by Netanyahu in 2009. “We have to find a path that leaves us not in control of other people.”

Asked if he supports the [2005] Disengagement, Gantz seemed to praise the move.

“The disengagement was born of Israel’s diplomatic policy. The parties involved got very high grades for managing to prevent a rift in the nation as they carried it out,” Gantz said, adding the remark about the need to implement its lessons elsewhere.

In response, the Likud party declared in a statement that Gantz was admitting he had plans to withdraw unilaterally from the West Bank. 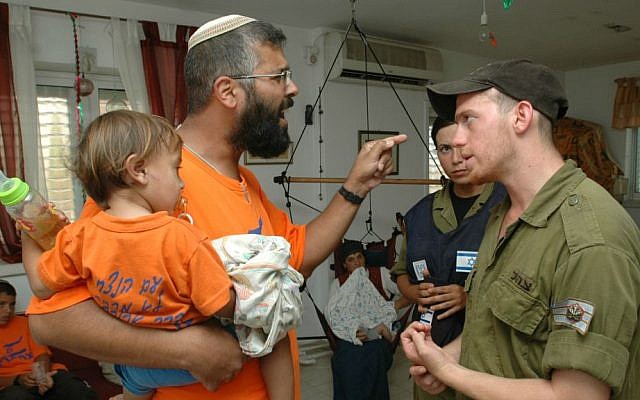 Settler in the Gaza Strip settlement of Netzarim argues with soldiers who have come to evacuate him from his home, accusing them of betraying Jewish values, during the disengagement from Gaza, August 22, 2005. (Flash90)

“We told you,” the party said, “Gantz will form a left-wing government with the help of a parliamentary bloc that relies on [Arab lawmaker Ahmad] Tibi and the Arab Joint List.”

To Netanyahu’s right, the prime minister’s own policies were challenged alongside those of Gantz.

Education Minister Naftali Bennett of the New Right party accused Gantz of “calling for the expulsion of more Jews from their homes, in a humane way as part of a unilateral disengagement from Judea and Samaria,” the Hebrew name for the West Bank.

“In light of the Trump plan for a Palestinian state, which is waiting for us right after the election, we have here a clear and present danger to the settlements. Only a strong New Right party will prevent Benny Gantz from becoming defense minister in the next Netanyahu government,” Bennett said. 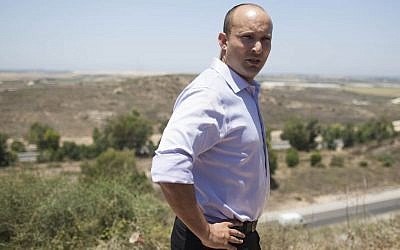 Gantz moved quickly to respond, noting in a statement posted to social media that it was Likud itself that had carried out the disengagement.

“The disengagement was carried out and led by a legitimate government led by Likud,” he said in a statement. “Netanyahu and the leaders of Likud voted for it, and Miri Regev [who was IDF spokesperson at the time] was its spokesperson.”

He vowed that “in a Gantz government there won’t be unilateral actions to dismantle settlements.”

And he explained his point about “lessons” in his interview comments, saying Israel had learned from the disengagement “the importance of preventing a rift in the nation, and ensuring that our non-negotiable defense needs are part of any future policy.” 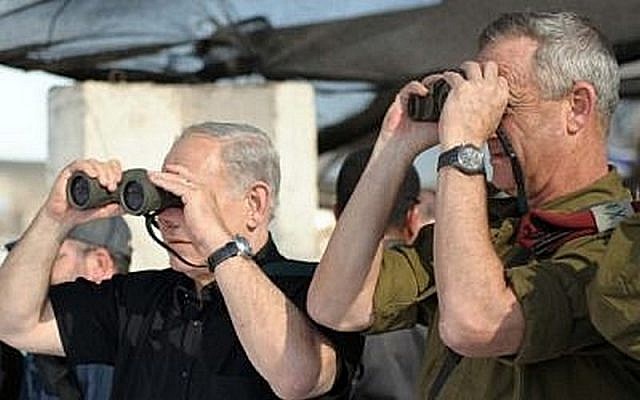 A longer statement from Gantz’s party was less gracious.

“Netanyahu, who voted for the disengagement, and Regev, who sold it with a smile on her face, won’t preach to us on diplomatic and national-security responsibility.”

Gantz also drew some criticism from the left for his comments.