After April’s election, an all-time high of 49 new MKs were sworn into the most rookie parliament in Israel’s history. The next Knesset will, conversely, be the most familiar

Raoul Wootliff is the The Times of Israel's political correspondent.

While it could take weeks or even months to determine the makeup of the next ruling coalition, with polls closed and final results (almost) in, we can already take a look at the new Knesset, the 22nd in Israel’s history and the one featuring the fewest changes compared to its predecessor.

With Israel facing an unprecedented second election in a year, most parties chose not to change their electoral slates, skipping repeat primaries and eschewing new figures. Hence the record low turnover of only 14 parliamentarians — seven of whom have served as MKs in the past — between the 21st and 22nd Knessets.

After April’s election, an all-time high of 49 new MKs were sworn in, overtaking the 48 fresh faces elected in 2013, and making it the most rookie Knesset since Israel’s first-ever elections, which saw, somewhat obviously, 120 new lawmakers elected.

The 22nd election will, conversely, be the most veteran in the parliament’s history, even if many of its MKs have only served for four months. 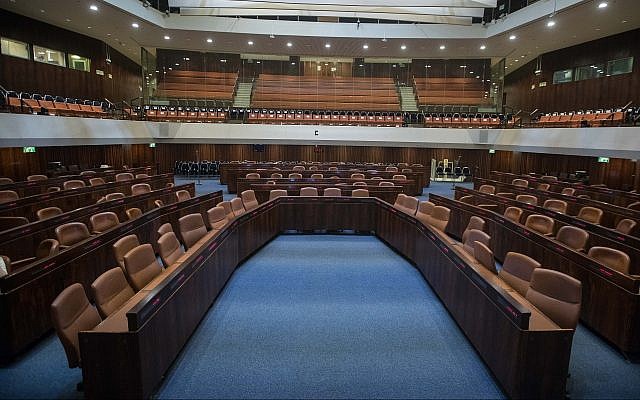 With some 96.5 percent of all votes in Tuesday’s elections having been counted, Blue and White had 33 seats to Likud’s 31. Third was the Joint List alliance of Arab-majority parties at 13, followed by the ultra-Orthodox parties Shas with nine and United Torah Judaism with eight. Avigdor Liberman’s Yisrael Beytenu also has eight, Yamina has seven, Labor-Gesher has six and the Democratic Camp has five.

None of the freshman lawmakers hail from the two largest parties, Blue and White and Likud, with the former having kept an identical slate to April’s and the ruling party only adding already-serving MKs from the now-defunct Kulanu party, with which it merged before September’s vote. Labor-Gesher, Yisrael Beytneu, the Joint List and Yamina each have three MKs who didn’t serve in the 21st Knesset. The Joint List, however, tops the list of MKs with no parliamentary experience, as the other parties’ new faces all include at least one who served in a previous Knesset.

Of the 14 MKs packing up their offices to leave the Knesset, four anticipated the end of their parliamentary careers — Kulanu’s Roy Folkman, and Labor’s leader Avi Gabbay, its number two former major general Tal Russo and its former leader Shelly Yachimovich all announced before the election that they planned to step down and not run in the new elections — while the rest had fully intended to come back.

For the seven Likud MKs not returning — Kati Shitrit, Petin Mulla, Mai Golan, Uzi Dayan, Ariel Kellner, Osnat Mark and Amit Halevy — the blow may be especially bitter, considering they all voted to dissolve the Knesset and call new elections, effectively firing themselves after just weeks in the job.

In total, 29 women were elected, a record matching the figure in the elections last April (the 21st Knesset) and in 2015 (the 20th). The number is all the more remarkable for the fact that some parties, such as Shas and United Torah Judaism, are ideologically opposed to women serving as lawmakers and therefore have none on their slates at all. The total number of women who served in the 20th Knesset eventually swelled to 36, after seven female lawmakers entered parliament as replacements during its four-year life.

Following is a complete list of all of the MKs in the incoming Knesset, with new lawmakers — or at least, who didn’t serve in the previous one — in bold. 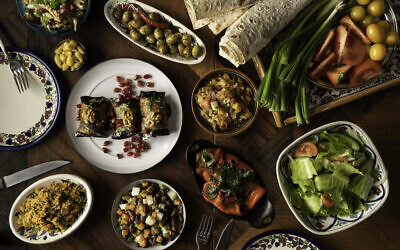 Promoted Content
An Armenian celebration in Jerusalem
You’re invited to get a glimpse into one of the most intriguing ethnic kitchens in Israel. Restaurant 02, at The Inbal Hotel, Jerusalem