The Times of Israel first spoke to Professor Yehuda Carmeli on March 19, a day before Israelis were generally ordered to stay at home, and when the number of confirmed infections from COVID-19 stood at 705, with no deaths. He answered 22 of our most pressing questions.

Three weeks later, on the eve of the Passover holiday, with the number of nationwide infections at 9,400 and the death toll at 73 (these figures have since risen to 10,061 and 93), we spoke to Carmeli again, to understand how well he thinks Israel is doing in its battle against the coronavirus, what we have learned about its transmission, and whether and when life might eventually return to some semblance of normalcy.

Carmeli is head of the Department of Epidemiology at the Tel Aviv Sourasky Medical Center and a professor at the Sackler School of Medicine at Tel Aviv University. He is one of the medical professionals leading the Israeli Health Ministry’s response to the pandemic.

1. Thank you, again, for your time. What can we expect in the coming weeks: Is the virus going to surge further or progress at a slowing rate?

It probably depends on whether we continue to have a strict curfew in place. My guess is that we cannot continue to keep everyone at home for a very long time; the curfew will have to be lifted. 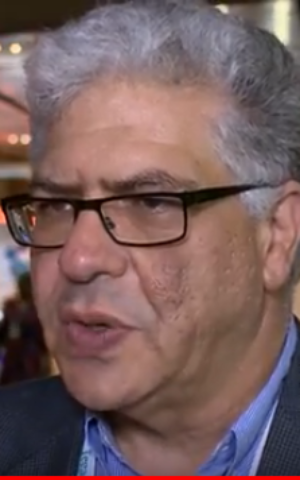 At that point there will be an increase in new patients. Right now, we see the rates of new patients slowing down. We can expect to see the numbers increase again when the curfew is lifted after Passover. When we do lift the curfew it has to be done carefully to ensure that the spike in new cases is not huge.

We don’t know what effect the summer will have. We don’t actually know how this virus behaves and whether warmer weather will slow its progression. It’s too early to tell.

2. Politicians are starting to talk about lifting the curfew because of the hardship and the economic impact, but the minute you do so, aren’t you back where you started?

Things will return to routine gradually. Schools — where lots of people mix, and there is a lot of transmission — probably will not reconvene immediately.

Hopefully the solution will be that we can return to a semi-normal life, or at least a semi-normal economy and still control the outbreak

Perhaps people will start working in two shifts, to reduce crowding in workplaces. People will wear masks, which will reduce transmission. Behavior will have to change and that could lead to a milder increase in transmission.

Hopefully the solution will be that we can return to a semi-normal life, or at least a semi-normal economy and still control the outbreak. 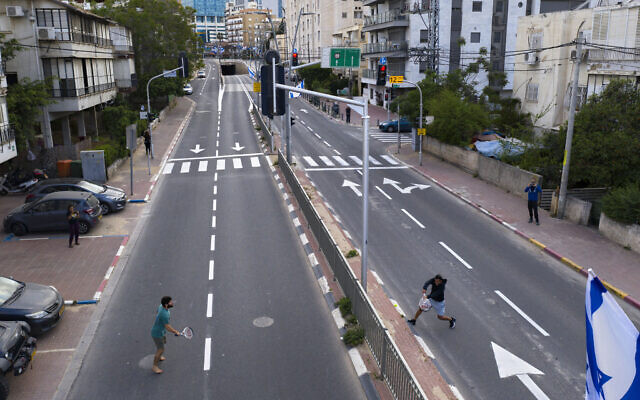 Israelis play tennis on an empty road during lockdown following the government’s measures to help stop the spread of the coronavirus, in Ramat Gan, near Tel Aviv, Israel, Thursday, April 9, 2020. (AP/Oded Balilty)

3. The Health Ministry just came out with a directive that all Israelis are required to wear masks outdoors. A few weeks ago experts were saying that masks are not necessary. What has changed?

Here, we are trying to fight a specific pathogen. We’re not trying to achieve zero transmission but trying to reduce transmission and infection — from a 100 percent likelihood to a 10 or 20 percent chance. Masks can help accomplish that.

If two people who interact with each other are wearing masks, the effect of the masks more than doubles.

4. Has there been any new information in the past few weeks about how the virus is transmitted?

No. There has been confusion around the issue of whether the virus is airborne, but it’s becoming clearer and clearer that transmission is primarily by droplets. Droplets are transmitted over a distance of one to two meters.

Just to be on the safe side, we say two meters. The droplets don’t stay in the air for a long time. They are heavy and fall.

There have been a lot of reports about the virus remaining in the air in small nuclei, or aerosols. I think we have all been a little bit confused by these reports as well as by reports that the virus can stay on objects for a long time. 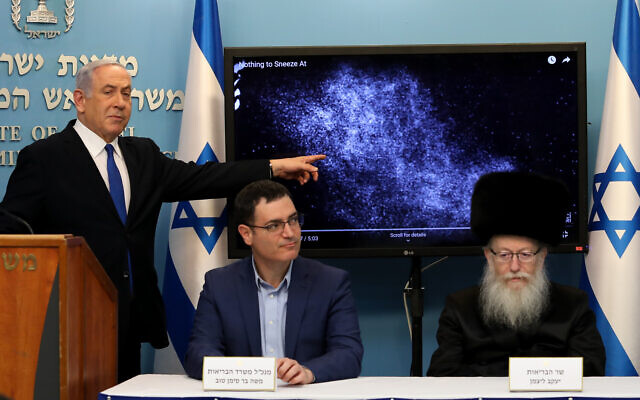 There are no data showing that in normal circumstances the virus truly transmits through the air, even if it can exist to a small extent in aerosols and in the air.

There are experiments that show you can find traces of the virus at a distance of eight meters from an infected person and that in laboratory conditions it can stay in the air for up to three hours. But probably these amounts are so small that they don’t infect people under normal circumstances.

Once we understand that what we primarily need to do is stop transmission through droplets, then masks make a lot of sense.

5. At present, Israelis are generally confined to 100 meters from their homes. In densely populated cities, that means the area around your home can be crowded. You can keep two meters away from people, but it requires maneuvering. What if someone is out jogging and they’re breathing really hard and they breathe on you? They don’t cough or sneeze, they just exhale in your direction? Is that cause for concern?

We usually say you are in real danger if you spend 10 minutes with a person at a distance of less than two meters. So hopefully this guy is running fast enough so that you are not near him for 10 minutes.

That does not mean it is impossible to get infected from his breath. It is possible, but you’d have to be completely unlucky. In a park, or in the open air, the virus would be more diluted. If someone spits out of doors, however, they could infect people.

6. Is there any new information about the coronavirus mortality rate?

Truly there is not. There are still many questions. Mortality among people who have been diagnosed varies from 1 percent to 10 percent, depending on the country. Magen David Adom workers wearing protective clothing, as a preventive measure against the coronavirus move a patient outside the new coronavirus unit at Shaare Zedek hospital in Jerusalem on April 3, 2020. (Nati Shohat/Flash90)

But we still don’t know what percentage of people infected are actually diagnosed. So let’s take the figure of 1%. The countries that are doing better have a mortality rate of 1% among those diagnosed. But do 100 diagnoses represent 200, 500 or 1,000 or 10,000 actual cases?

That’s a very important question because the higher the number of actual cases, the more people who have become immunized.

7. Prime Minister Benjamin Netanyahu has been saying Israel is one of the best countries in the world at combating coronavirus, that we’re one of the safest places and Israel is among those doing the most testing. Do you agree with this assessment?

I think our preparation was good. We understood the risk of this outbreak quite early and we closed the borders and took other steps. The curfew or semi-curfew we imposed has proven effective.

There’s been a lot of criticism that we’re not doing enough testing. But if you look at the numbers of tests per million, we are among the countries doing a lot of testing. 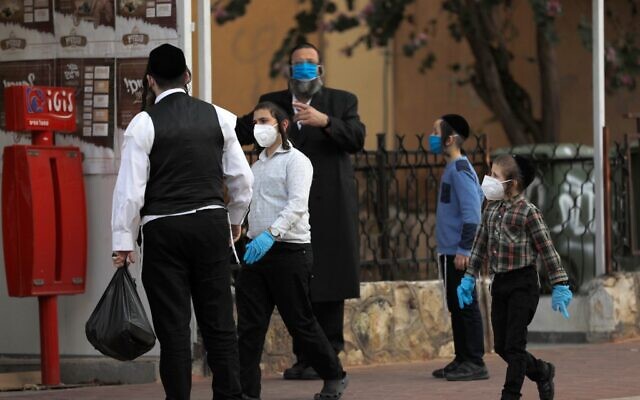 Ultra-Orthodox Jewish men and children wearing protective masks cross gather in a street in the Ultra-Orthodox Israeli city of Bnei Brak near Tel Aviv on April 2, 2020, during the novel coronavirus pandemic. (Menahem Khana/AFP)

Another problem is that our healthcare system was too stretched before all of this started. It was hard for us to get organized for this pandemic and what’s happening now is that a lot of routine care cannot be given. For instance, we are encountering problems in geriatric hospitals, which are very crowded and short-staffed.

These are the weaknesses, but overall I think Israel has mounted a good response. For now, our situation is good.

The hospitals are doing very well. In general, they prepared for the pandemic very quickly and managed to adapt to our new way of working. At this point, the health care system is doing well.

There is no strong evidence that any drug works, and I think it is a mistake that people around the world are using drugs that have not been proven to work. Instead, we should be doing very rapid clinical trials that can tell us what works and what doesn’t. 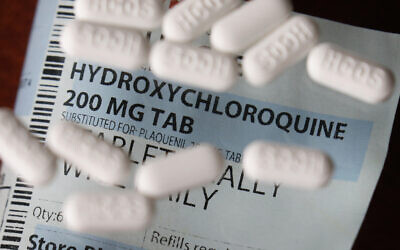 9. What drugs should we be testing?

There are several drugs that are candidates. The evidence that any of them is clinically useful truly does not exist. It relies on very small studies that are non-informative. I think our [global] medical community made a big mistake in that we failed to organize clinical trials from the beginning. We now have a million and a half people infected. You don’t need more than 1,000 people for a clinical trial. So that could have been done very fast and we could have had all the answers.

10. There was an article in Ha’aretz about young people in a commune who were trying to infect each other on purpose, spending a lot of time together and sleeping in the same bed. They’re young, and they said they just want to get the disease over with. What do you think about this?

I heard about that; it’s craziness. But to tell the truth, in a way it is very good for society for young people to be infected rather than the old, and in that way herd immunity will come faster. Still, even a young person who gets infected has a small chance of dying. Do they really want to take that risk? It is more natural to try to avoid the risk. This combination of pictures created on April 8, 2020 shows a series of portraits of men and women in the Middle East region wearing protective face-masks during the coronavirus (COVID-19) pandemic. (Photos by AFP)

11. As time passes, and people get tired of the curfew or struggle financially, do you think a Darwinian situation could emerge where young people resume normal life while older people are still afraid to come out of their houses?

In theory, that could actually have been a very good solution. Leave people in high-risk situations at home, keep them on curfew, and let everyone else get infected. Within two, three or four months the epidemic would exhaust itself and that would allow everyone to resume normal life.

This was tried in the United Kingdom until three or four weeks ago. The problem is that you can’t do it because you cannot separate the high-risk population from the rest of the population. People live with each other, people need to be cared for, they need to go to see a doctor, they need to buy groceries. 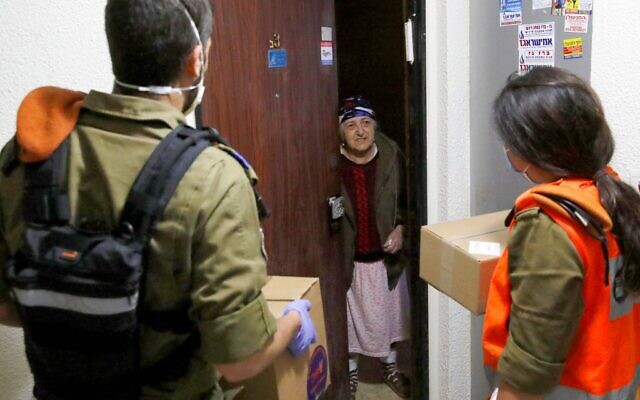 Israeli soldiers deliver food and other essential supplies to elderly people under isolation in the Israeli coastal city of Bat Yam on April 7, 2020. (Jack Guez/AFP)

12. If Israel wants to behave responsibly and prevent as many deaths as possible, what is the best-case scenario for when we will be able to leave our homes?

Gradually, in the coming months there will be an easing of restrictions. Restaurants could be opened but with social distancing.

People hanging out together and having parties could take many months to return. A major challenge will be how to balance between the outbreak and the economy.

We hope that we will see the outbreak subside over the summer months and that we can use this time to better prepare the healthcare system for when the virus returns in the winter.

I think the economy will pick up but without a lot of person-to-person contact. A lot of us now realize how much of our work can be done from home, and a lot of us will continue to work this way. 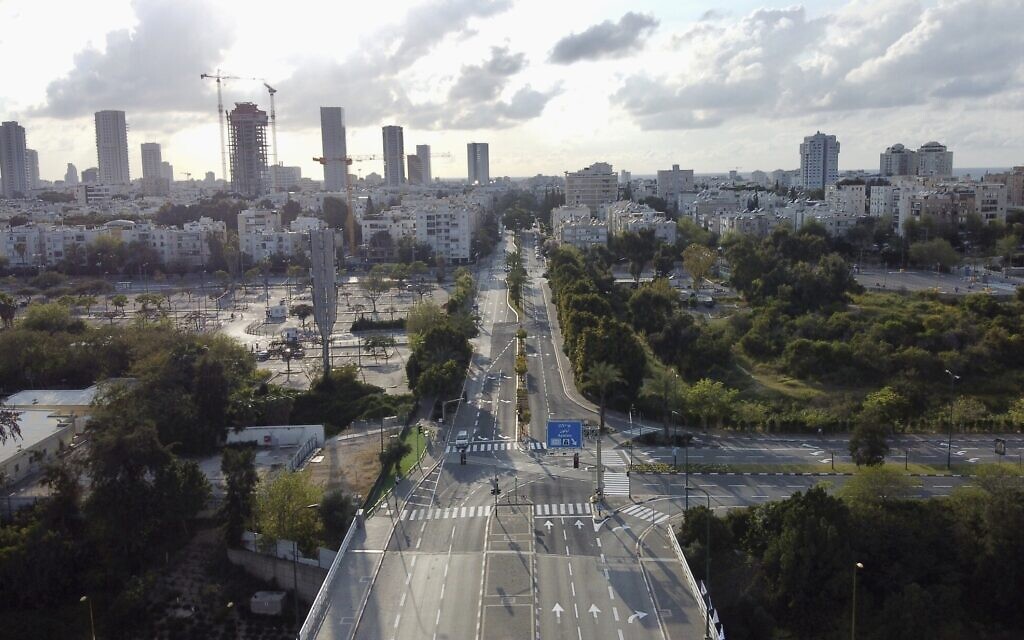 Roads are empty during a lockdown to help stop the spread of the Coronavirus, in Tel Aviv, Thursday, April 9, 2020. (AP Photo/Ariel Schalit)
read more: