Main image by A boy on his bike at Shahak Heights. (Shira Malul/via Ayalim)

An iconic, disused textile factory that once symbolized the dismal economic failure of Dimona in southern Israel’s Negev desert has metamorphosed into a 21st century manufacturing hub for one of the country’s first green, off-the-grid neighborhoods.

Since the spring, the Ayalim Association, known for the student villages it has established throughout the country over the past 18 years, has been renting space in the former Kitan factory.

There, Ben Gurion University students and young national service volunteers are busily producing parts for prefabricated homes that are then put together in a new temporary neighborhood that is already housing 18 families and 10 single people — the first 70 pioneer residents of Ayalim’s new and ambitious green, urban initiative.

Benny Biton, the bubbly Likud mayor of this remote, largely working-class city — best known for the nuclear reactor on its outskirts — has enthusiastically embraced the idea of offering well-educated young people from within and outside of Dimona the chance to realize their sustainable, even pastoral, dreams — within the hardscrabble city’s boundaries. 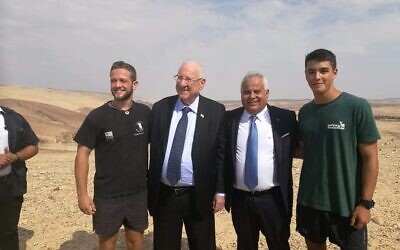 The first residents of the still barren-looking neighborhood due to be named Shahak Heights, after the late former army chief of staff and politician, Amnon Lipkin-Shahak, are paying a subsidized, monthly rent of NIS 1,800 ($560) for small, boxy homes with one or two bedrooms and balconies that look out over spectacular views of the rolling desert hills.

“In America, people pay billions of dollars for views like these,” Biton chuckled.

Shahak Heights — to be formally opened by President Reuven Rivlin in mid-January — is the first of a series of planned temporary neighborhoods that are not connected to the urban infrastructure that provides water, sewage and electricity, instead relying on eco-friendly solutions where possible. Not only is this increasingly feasible thanks to advances in green technology. It is also far cheaper.

The whole community of Shahak Heights, into which residents began to move a couple of months ago, cost only NIS 3 million ($930,000) to build, slightly more than the average cost of a single apartment in Tel Aviv. 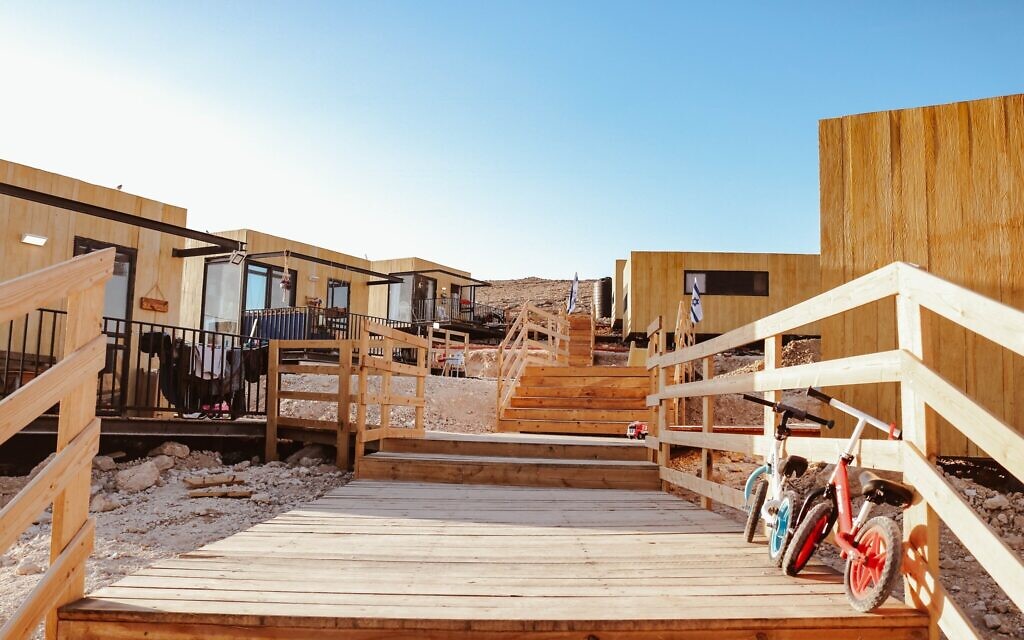 “It’s sustainable, limits the damage to nature and is affordable for young families,” said Matan Dahan, who co-founded Ayalim in 2002 with the goal of reviving the Zionist spirit of community building while bolstering underserved areas of the country.

A diesel-run generator has been installed to charge the batteries if they fall below 20% and the expectation is that the generator will run for an average of 15 to 40 minutes per day during the winter, using around three liters of diesel. 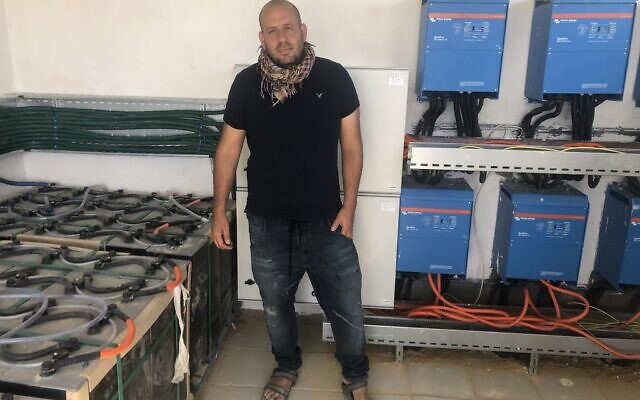 Matan Dahan, co-founder of the Ayalim Assocation, in the solar energy nerve center of the new neighborhood of Shahak Heights on December 21, 2020. (Sue Surkes/Times of Israel)

At present, the solar energy system can supply 250 kilowatts of electricity.

To help cut down on electricity usage, cooking ovens, stoves, and heating/air-conditioning systems are being run on gas supplied in canisters. 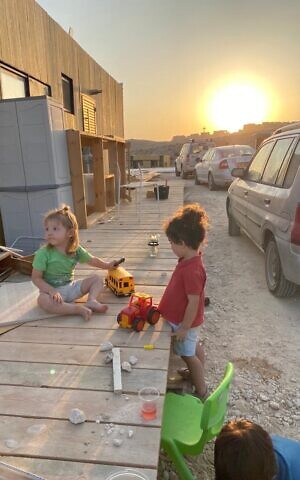 Children playing outside one of the prefabricated homes in Dimona’s new off-grid neighborhood. (courtesy, Ayalim)

Water is currently being transported into storage containers in the neighborhood, although experiments are being carried out to manufacture clean water from moisture in the air, without using too much electricity to do so.

Furthermore, bio-toilets, produced by the Israeli company HomeBiogas, have been installed in every home.

Using far less water than conventional versions, the biotoilet crushes human waste into a liquid sludge, which will be conveyed to a wetland area still under construction. The sludge will undergo phytoremediation (in which plants remove contaminants) and pass down through layers of stones some five meters (16 feet) deep, from where the purified results will be pumped back up again to be used for irrigation.

More than 280 people in seven groups have expressed interest in moving to off-grid neighborhoods like Shahak Heights. Plans are afoot to absorb around 120 of them into two additional compounds, within eyesight of Shahak Heights, during the first half of next year, and to move the residents of all three temporary sites into one permanent neighborhood on land which is currently being zoned for the purpose, probably in around five years. It’s not known yet whether the permanent neighborhood will be similarly off-grid.

Families will then be offered plots of up to a dunam (just under a quarter of an acre) — a rare privilege in tiny Israel — with the additional option of acquiring land for agriculture.

Until now, Ayalim has focused its efforts on recruiting some 1,400 students annually to 15 student villages, where members both build a community and build themselves up via physical labor, self discovery and volunteerism.

As of 2014, more than 40% of Ayalim student village graduates were still living in the local area, often taking jobs in fields such as education and social welfare with the local authority.

But they have tended to live outside of the cities’ boundaries, on kibbutzim, which are part of regional authorities with their own services, such as schools.

The idea behind Shahak Heights is to offer the same kind of people a version of rural, community life within the cities themselves so that they can become an integral part of life there. 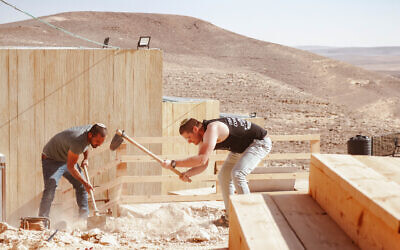 After Dimona, similar temporary neighborhoods are slated to be built in the Negev cities of Yeruham and Arad, prior to permanent ones being built in their stead. While students and volunteers built Shahak Heights, the idea is for residents to have a hand in constructing the communities in the future as well.

Ayalim also plans to eventually extend the model to the Galilee as well.

Dahan and co-founder Glicksberg started the Ayalim Association immediately after being released from the army with a vision of working on community and social development in the country’s geographic and socioeconomic periphery — the Galilee in the north, the Negev in the south and disadvantaged cities in the center.

The pair drew inspiration from the pioneering spirit of Israel’s early settlers, combining Zionist thought with working and building the land.

“It is building with your bare hands that triggers the Zionist spirit,” said Australia-born Jeremy Spicer, who is in charge of development for Ayalim.

The Ayalim crowd speaks a language that is little heard in today’s mainstream public discourse, name-checking Zionist figures such as David Ben-Gurion and Joseph Trumpeldor and talking about ways of building communities and societies. 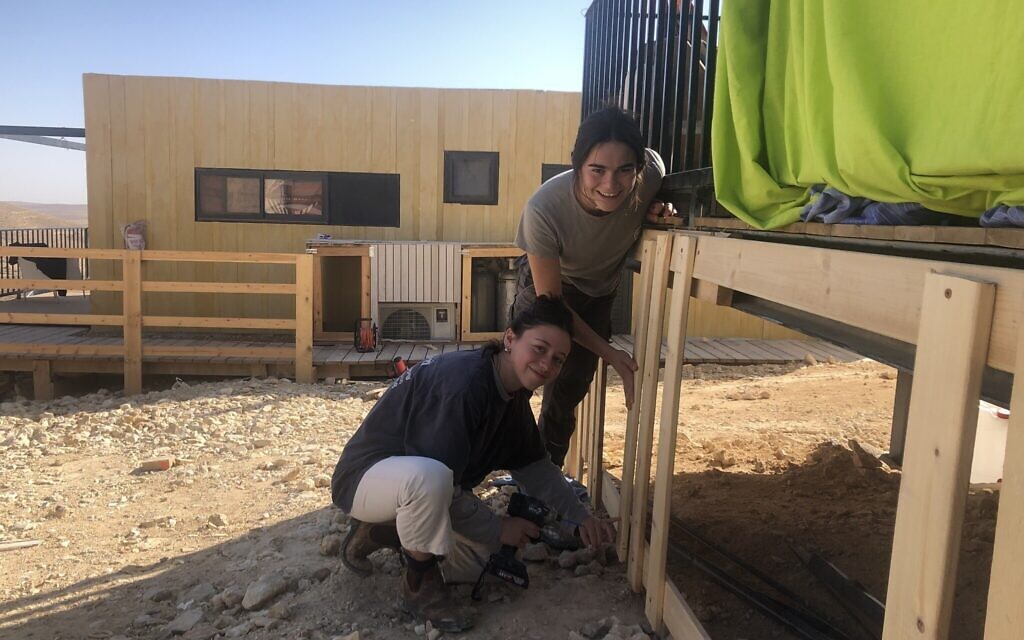 National service volunteers at Dimona’s student village, Noga (standing) from Tzurit in the Western Galilee and Hila from Ein Vered, a moshav in central Israel, help to build temporary houses in the neighborhood of Shahak Heights in Dimona, southern Israel, December 21, 2020. (Sue Surkes/Times of Israel)

“When I came, my mother was always telling me to work on a kibbutz and build the land,” said David Serrano, who immigrated to Israel from Guatemala 11 years ago and now leads the Ayalim student village in the Negev city of Ofakim. “I did that, but the kibbutzim have already been built. At Ayalim, I found a place where they still build with their own hands.”

While the idealized pioneering Zionist conceit has in some ways been coopted in modern Israel by the West Bank settlement movement, Dahan and Glicksberg wanted to reinvigorate it inside the Green Line, where the need for development is a consensus issue and not a political one.

Nonetheless, most residents of Shahak Heights hail from the national-religious community, which is regarded as being closely tied to the West Bank settlement movement — an expression of the uphill battle the group faces among a mainstream secular society that has to some degree beaten its ploughshares into multimillion shekel homes.

“All of us [at Shahak Heights] come from similar, national religious, backgrounds,” said Oria Levy, who helps coordinate between the neighborhood, the city and Ayalim. “All the women have studied in ulpanot [religious high schools for girls] and all the men have been in yeshiva.”

Levy said that everyone knows the neighborhood is intended to house a mix of religious and non-religious individuals from a variety of backgrounds, but that finding secular families to join them was proving to be easier said than done. 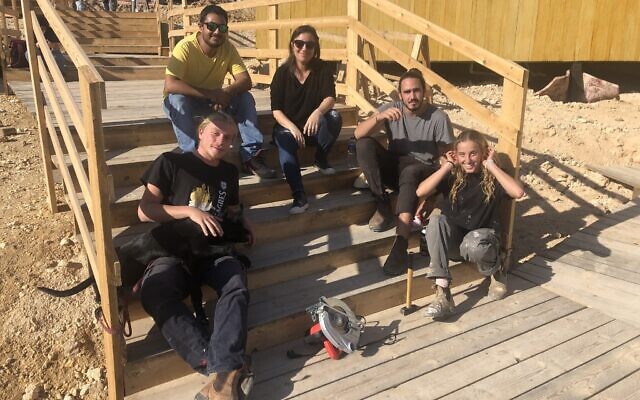 Students and national service volunteers take a break from work at Shahak Heights with David Serrano (top left), an immigrant from Guatemala who runs the Ayalim student village in the Negev city of Ofakim, and Nechami Genis, Ayalim’s Director (wearing sunglasses). (Sue Surkes/Times of Israel)

In order to identify more secular families, Ayalim is working with the network of pre-army academies (mechinot), which also attract motivated young people, and will launch a new publicity campaign in February aimed at the secular community.

The homogeneity of the community was partially an unintended result of tenants recruiting friends from similar backgrounds, Levy said. But she also thought that young national-religious were ready to answer Ayalim’s settlement call because “in our community, you imbibe the ideals of Zionism through your mother’s milk.” 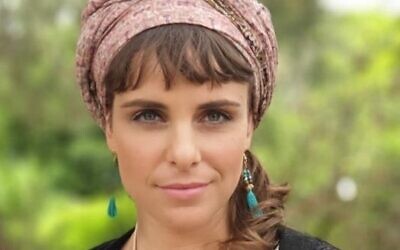 “From the earliest age, you learn to think not only about what’s good for you but about something bigger. You are willing to sacrifice things and you get lots of satisfaction from feeling that you are part of that something bigger,” she said.

While she sought to keep that feeling going in her new home, she preferred to leave behind the other baggage that came with her upbringing in Kiryat Arba, a West Bank settlement outside Hebron.

“I want to raise my family and be happy and relaxed. I don’t want to fight Arabs or anybody,” she said. “But I also want to find that same sort of meaning.”

Plenty of space to grow

Dimona is only some 50 kilometers (30 miles) from Kiryat Arba, but the sleepy desert town of some 40,000 residents nestled among the barren hills and sweeping vistas of the northern Negev are a world away from the tense atmosphere of the West Bank.

Situated about halfway between Beersheba and the southern tip of the Dead Sea, Dimona was established in 1955 as a development town geared partly to providing housing for workers at the Dead Sea chemical complex.

Today, its population is made up largely of the original immigrants from North Africa and newer ones from Russia and Ukraine, who arrived in the 1990s. 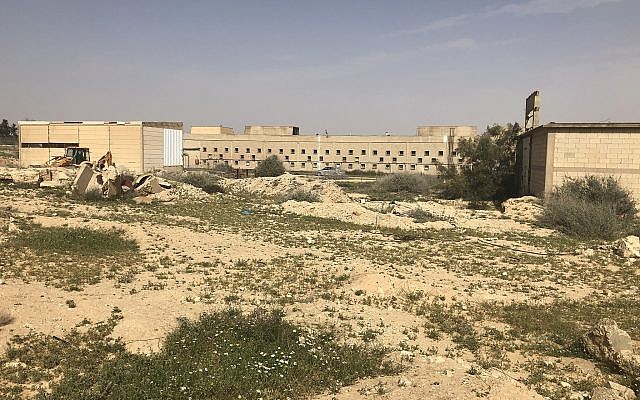 The Kitan textile plant, which opened in 1958 and once employed 2,000 people, was shut in 2012 and until Ayalim moved in, had stood empty, a reminder of Dimona’s struggles to keep up with economically prosperous cities near the center of the country. But there have also been signs of renewal. The city’s population has been growing by an annual average of four percent in recent years, said Bitan. New apartment blocks and single-family homes extend well beyond the drab downtown tenements of the early years. 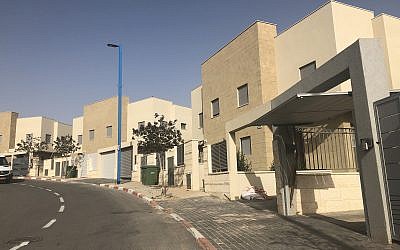 In terms of municipal territory, Dimona is actually the biggest city in Israel, sitting on some 220,000 dunams (54,400 acres) of scrubland, less than a tenth of which has been developed. Some 4,000 units have been built over the past four years and a further 26,000 are planned, with room to grow and grow and grow. It is into this desert cityscape that Shahak Heights, and the permanent neighborhood that will eventually replace it, will enter, off the grid but very much a part of the city.

Asked about Shahak Heights, Mayor Benny Biton enthused, “It’s unprecedented to create a rural neighborhood in a city.” But it also reminded him of the country’s first premier, who as perhaps the Negev’s greatest booster, famously sought to make the desert bloom. “We’re turning the vision of David Ben-Gurion into reality.”