The first Jewish woman in space and a CIA agent called ‘Super Jew’ are among more than 5,000 Jews buried in the hilly shrine outside Washington

Until he died in 2003, Kenneth Poch was an amateur historian with a mission: to identify and record every grave where a Jewish service member had been laid to rest at Arlington National Cemetery, home to 400,000 graves of veterans and their family members.

For years, Poch had been rattled when hearing people repeat the myth, “Jews don’t fight and don’t serve.” To shatter that misconception, the retired audio technician spent 15 years identifying the Jews buried at Arlington, best known for its Tomb of the Unknown Solider and the grave of President John F. Kennedy.

Complicating Poch’s mission, grave markers other than crosses were not permitted at Arlington until 1918. Even after stars of David were allowed onto the grounds following World War I, some Jews continued to be buried under crosses — including those grown accustomed to hiding their Judaism out of fear of discrimination, and some who had the decision made for them. Nothing was computerized.

To fulfill his mission, Poch explored every corner of the grounds to record names that might be Jewish. Every year before Christmas, he visited Jewish graves to remove the wreaths people had placed on them. Refining his search along the way, Poch consulted biographies of veterans and thousands of family members. By the time of his death in 2003, he had identified the names of 2,700 Jewish service members interred at Arlington, and his notes filled 31 boxes. 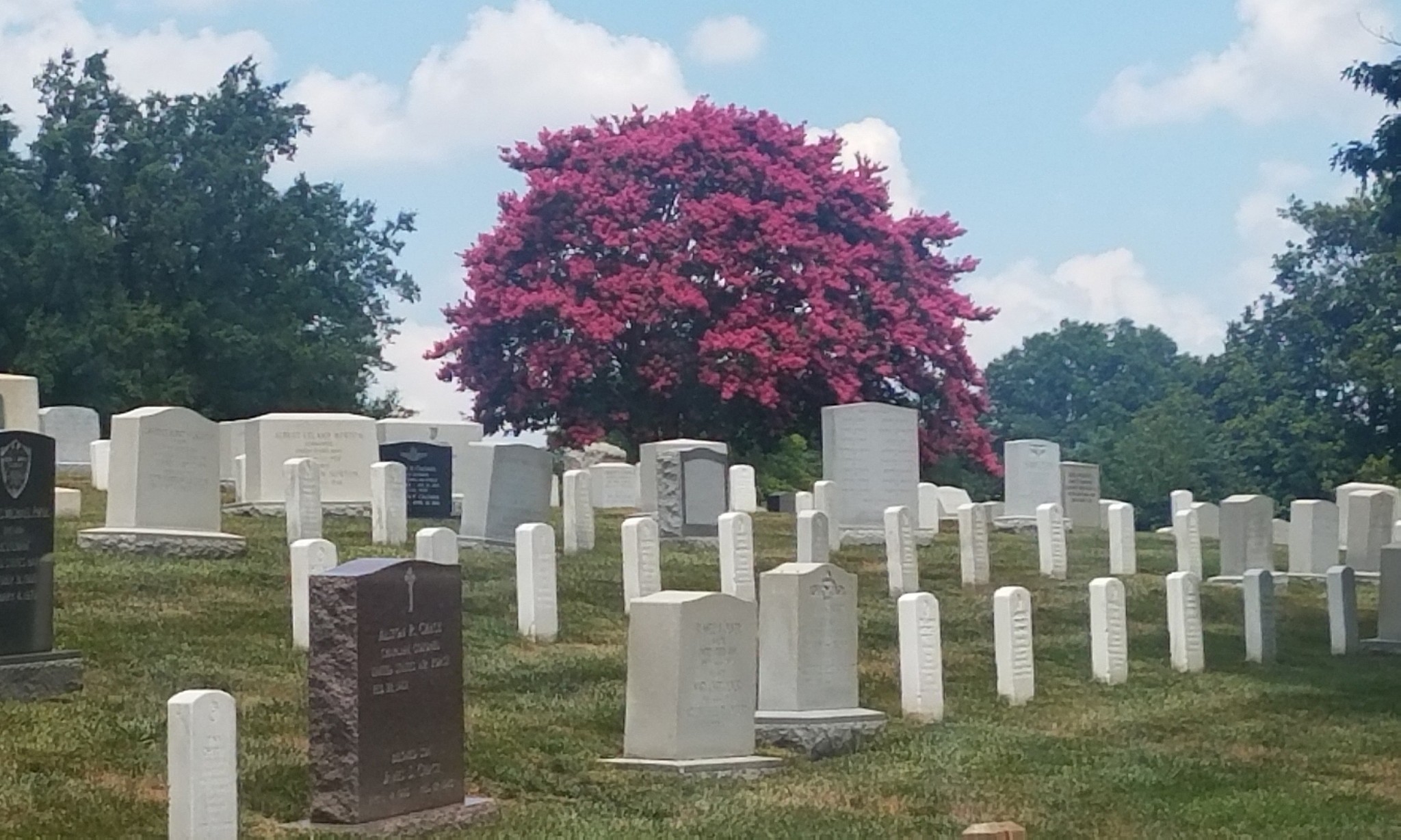 Expanding on Poch’s work, subsequent researchers have identified a total of 5,525 Jewish graves at Arlington. The interments stretch from the Civil War — when Jews fought for both the Union and Confederate armies — and continue until today, as soldiers of all religions are buried next to each other in the cemetery’s Section 60.

An early prominent Jewish burial at Arlington was that of Moses Jacob Ezekiel, the first Jew to attend Virginia Military Institute. 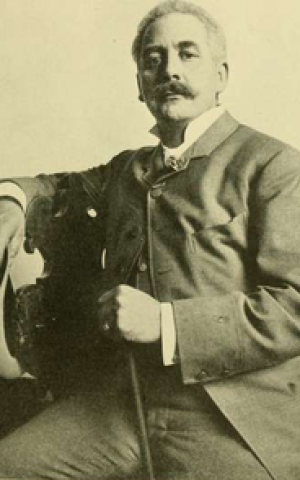 Born in 1844, Ezekiel was wounded serving in the Confederate army during the Civil War. As a sculptor of international repute, he spent most of his career in Rome, and not on the battlefield. Among Ezekiel’s works were 11 larger-than-life statues of famous artists, as well as Philadelphia’s “Religious Liberty” monument.

In 1914, Ezekiel cast an “intensely dramatic” Confederate monument for Arlington that he called “New South.” Years after the sculptor’s death in Rome, Ezekiel’s remains were exhumed and reburied at Arlington, just to the east of his edifice honoring the South’s war dead.

In addition to his artistry, Ezekiel was known for having fathered a daughter with a mixed raced maid. The daughter’s name was Alice Johnson, and the never-married Ezekiel remained in touch with her until his death.

Of the Jewish women buried at Arlington, one of the most celebrated was Rae Landy, who came to the US from Lithuania with her parents. In Cleveland, she studied nursing at the Jewish Women’s Hospital, followed by a public health stint in New York City. Landy’s stellar work attracted the attention of Hadassah founder Henrietta Szold, who sent her and another nurse to Palestine in 1913. 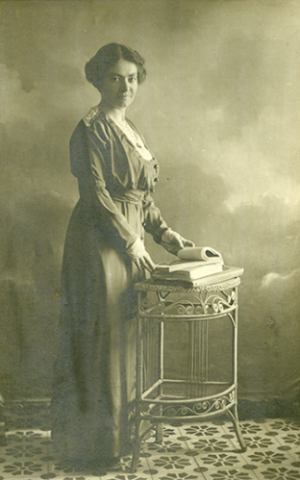 Rae Landy, a public health expert who was sent to Palestine by Hadassah and later served in the US army (public domain)

When Landy reached Jerusalem, sanitary and medical conditions were poor, to say the least. To help treat the destitute Jewish immigrants streaming in from Europe, she set up a settlement house in her apartment near the Old City. Nurses trained there until the outbreak of World War I, when Hadassah was forced to shut down the operation.

Landy would probably be remembered only for her efforts in Jerusalem. But the public health expert went on to a long career in the US Army Nurse Corps.

During the 1930s, she served with the American Expeditionary Forces throughout Europe and later in the Philippines. By the time of her retirement in 1944, Landy had led prestigious hospitals and earned the rank of lieutenant colonel, the second highest available.

Another, more known, Zionist buried at Arlington was not Jewish. As a British officer during his country’s control of Palestine, Orde Charles Wingate saw the creation of Israel as a religious duty. One of his accomplishments was to convince his superiors and Jewish leaders of the need to create counter-insurgency “special night squads” staffed by British and Jewish volunteers.

In general, the quirky Wingate was an indispensable partner for the Haganah, the precursor to the Israel Defense Forces, and he personally trained enlistees including Moshe Dayan and Yigal Allon. Quite a few institutions in Israel bear his name today, including a youth village and the national center for sport. 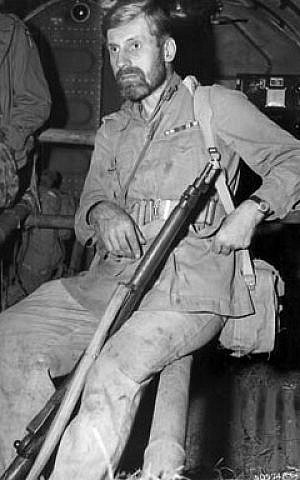 Sadly, Wingate, did not live to see Israel’s establishment in 1948. He was removed from command in 1939 for having become too closely aligned with Zionism, including an incident where he spoke publicly about the subject in Britain. Several years later, during a mission in the skies over India, Wingate’s plane crashed into the jungle hills.

Six years after his death, Wingate’s body was exhumed and reinterred at Arlington, as per an agreement between British and American courts. His shared tombstone includes the names of his fellow accident victims, along with the words, “Died in airplane crash.”

Another veteran tied to Israel who cut a high profile was Chicago-born Arthur Goldberg. The youngest of eight children, Goldberg conducted espionage against the Nazis in World War II. After years of advocating for organized labor, he was appointed Secretary of Labor by President Kennedy.

Never staying in one place for too long, Goldberg was confirmed as a Supreme Court Justice in 1963. From the bench, he pushed back against the death penalty and supported the right to privacy. His lifelong appointment was cut short in 1965, when President Johnson persuaded Goldberg to become the US Ambassador to the United Nations. From that post, he helped draft Resolution 242 after the Six Day War, wherein “land for peace” was hatched.

‘The most controversial admiral of his era’

Many of the Jews buried at Arlington have their roots in Europe, where generations of anti-Semitism prompted their families to depart for better shores. Some of their stories illustrate that in America, Jews have been able to rise to the top of the army, and even to the stars. 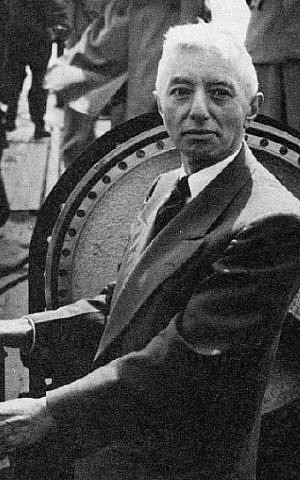 After fleeing Russian pogroms in 1906, Hyman Rickover rose through the navy during 63 years of active service. Known as “the father of the nuclear navy,” Rickover has also been dubbed “the most controversial admiral of his era.”

By most accounts, Rickover was argumentative and “tyrannical,” embroiling himself in many high-profile spats while introducing nuclear propulsion to the navy. “If a man is dumb,” said the admiral’s personal friend, “Rickover thinks he ought to be dead.”

Having been accused of creating a “cult” within the navy, the cantankerous Rickover was retired in 1982. The admiral claimed he first heard of his dismissal from his wife, who heard about it on the radio.

Of all the Jews buried at Arlington, astronaut Judith Resnick might be the most recognizable, holding a special place in the American public’s heart. 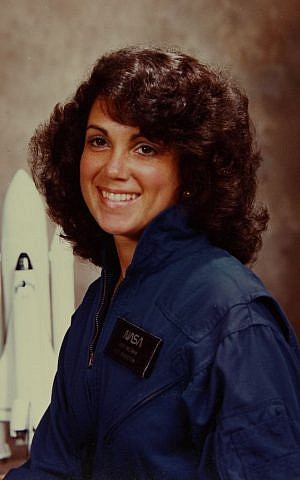 Astronaut Judith Resnick, who lost her life in the 1986 Challenger disaster (public domain)

Born in 1949, Resnick’s parents were immigrants from Ukraine. By the time she was in kindergarten, Resnick was able solve math problems and write. She was recruited to join NASA during the space agency’s push for more women and minority employees in the late 1970s, an effort assisted by “Star Trek” cast members.

When she blasted off aboard the space shuttle Discovery in 1984, Resnick became the second American woman in space. During the mission, she was responsible for unfurling a 102-foot long solar sail.

Resnick’s life tragically ended two years later, when she and six other Challenger crew members were killed as the spacecraft broke apart. The 36-year-old astronaut has been scheduled to photograph Halley’s Comet during the mission. The disaster was watched live by tens of thousands of schoolchildren.

‘The life of the dead’

Of all the Jews buried at Arlington, the highest service rank was achieved by Admiral Jeremy Michael Boorda, who was appointed Chief of Naval Operations in 1994. 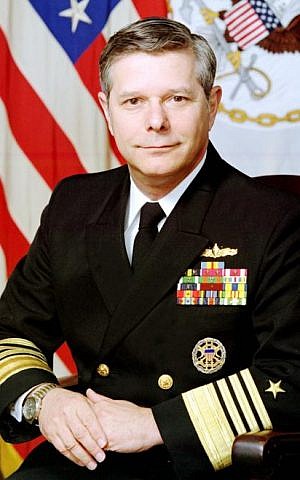 With grandparents who came to the US from Ukraine, Boorda left home at the age of 16 to enlist. He had to lie about his age, but the rebellious teen achieved his goal of serving aboard a destroyer in Vietnam. For his service there, Boorda received a top citation.

Later in his career, the admiral left his mark on several aspects of the navy, including placing command and control assets on ships. He participated in the Bosnia conflict and restored a program called “Seaman to Admiral,” wherein young sailors could earn commissions by rising from the bottom of the ranks, just as Boorda had done.

At age 56 and in charge of the navy, Boorda shot himself in the chest while in the garden of his Washington Navy Yard home. By some accounts, the 1996 suicide was tied to a scandal in which Boorda was accused of wearing Vietnam service ribbons he had supposedly not earned. In a suicide note to “my sailors,” Boorda wrote that he “could not bear to bring dishonor on you.” 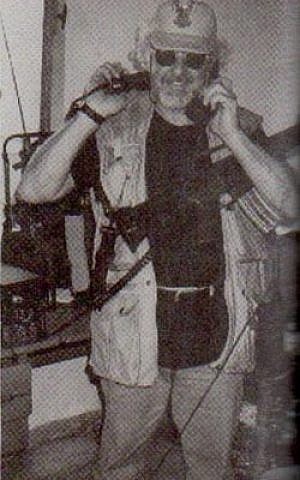 When it comes to intrigue, the life of covert agent Lawrence N. Freedman is hard to top.

Born into an Orthodox Jewish family in Philadelphia, the 5-foot-9 Freedman took part in six campaigns in Vietnam as a Green Beret, earning a Purple Heart and two Bronze Stars. While there, he married a Vietnamese woman and adopted her two children.

Upon returning home, the flamboyant Freedman joined the CIA and nicknamed himself “Super Jew.” As a member of the elite Delta Force, he is said to have been a sniper without peer. He participated in operations during the Falklands War and Libya, and was known for “having a lot of influence over a lot of men.”

In 1992, Freedman became the first American killed during the US military relief mission in Somalia. Although he was identified as a civilian employee at the time, it’s likely Freedman was doing what he always did when his vehicle hit a tank mine — carrying out a secret assignment.

Freedman’s grave at Arlington, like his personality, is not ordinary. His rectangular, jet-black tombstone features a star of David, the wings of a paratrooper, and a green beret. At the bottom are the words, “The life of the dead is placed in the memory of the living.” 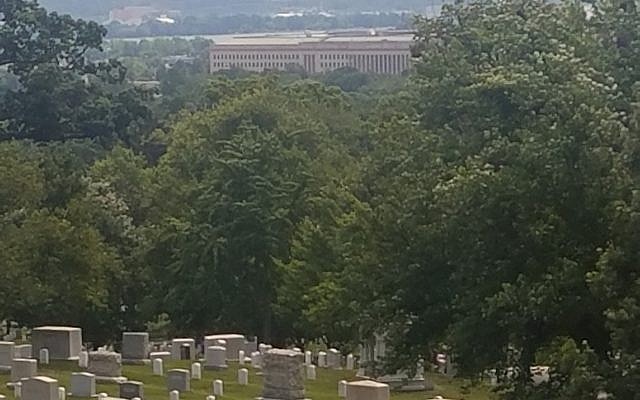