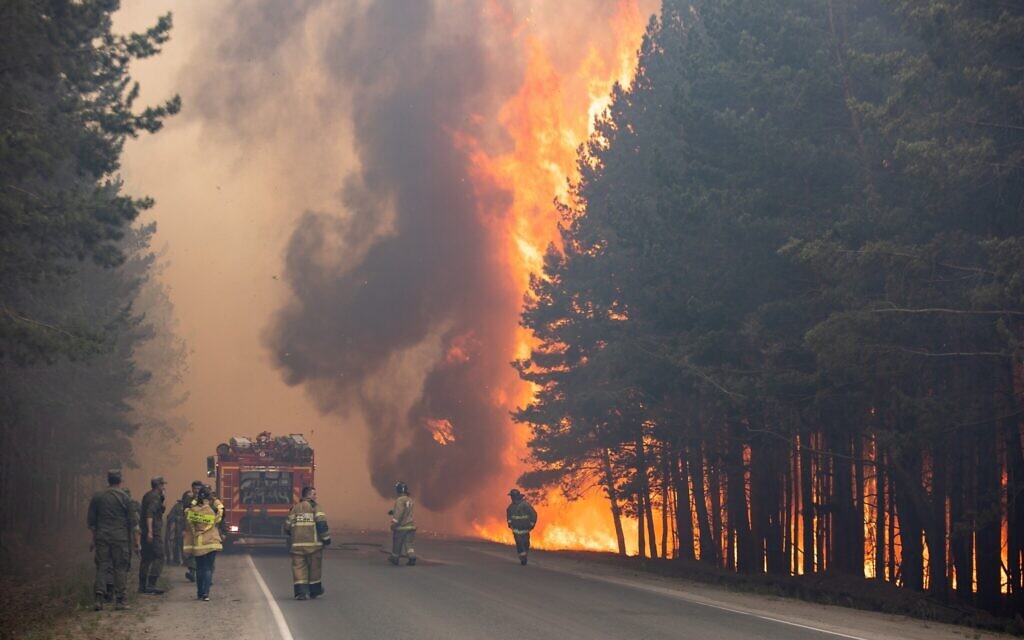 Monday’s Intergovernmental Panel on Climate Change (IPCC) report made plain in devastating terms that we are well on the way to rendering this planet unlivable for humans.

Global warming caused by our activity “is already accelerating sea-level rise, shrinking ice and worsening extremes such as heatwaves, droughts, floods and storms,” the AP summarized. “Tropical cyclones are getting stronger and wetter, while Arctic sea ice is dwindling in the summer and permafrost is thawing. All of these trends will get worse… As the planet warms, places will get hit more not just by extreme weather but by multiple climate disasters that occur simultaneously… Some harm from climate change — dwindling ice sheets, rising sea levels and changes in the oceans as they lose oxygen and become more acidic — is irreversible for centuries to millennia.”

Readers all over the world personally know the truth of this. Our warming planet is producing extreme weather — heatwaves, drought, and wildfires — of unprecedented frequency and intensity. Decades of unheeded warnings are proving not merely prescient but understated. “Our fears are coming true more quickly than we thought,” Prof. Daniel Rosenfeld of The Hebrew University of Jerusalem’s Institute of Earth Sciences, who was a lead author on the report’s chapter about changes in the water cycle, told The Times of Israel on Tuesday.

And yet, even when confronted with undeniable evidence that we are dooming our descendants in the not-very-distant future, this report, like its predecessors, is at risk of being marginalized and quickly forgotten. It may have dominated the news cycle for a day or two, but COVID, Cuomo, the Taliban, and even the tears of Lionel Messi have already combined to nudge it out of the spotlight.

Whatever governments and individuals do, the report indicated, the processes we have already set in motion mean Planet Earth will continue to warm all through this century.

But concerted action can yet limit the damage. It is essential, the report stressed, that governments worldwide follow through on pledges to achieve “net zero” human-caused carbon dioxide emissions by mid-century. Essential, but far from certain, given our performance to date and the lacking global political will to stave off calamity. And yet, a New York Times report noted on Monday, if the world “does little to reduce emissions, temperatures by 2100 could be 3 to 6 degrees Celsius (5.5 to 11 degrees Fahrenheit) above preindustrial levels. That would have catastrophic consequences.” 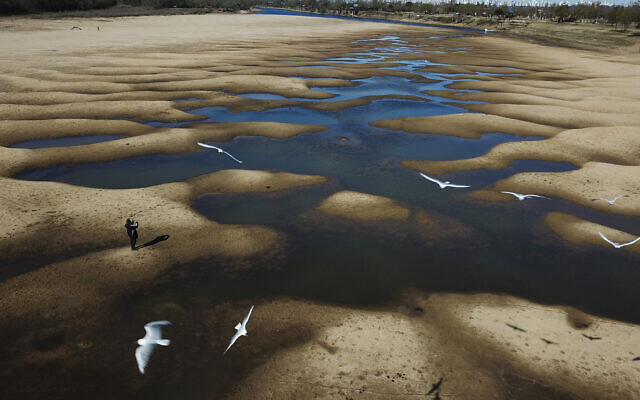 Birds fly over a man taking photos of the exposed riverbed of the Old Parana River, during a drought in Rosario, Argentina, July 29, 2021. (AP Photo/Victor Caivano, File)

We may feel that, as individuals, there is little we can do to impact the global battle for our future. In fact, we can make a difference — via everything from the type of cars we drive, to the frequency with which we fly, our resort to air-conditioning, our shopping habits, our diet… and our demands that our governments properly address the emergency.

From a narrow Middle Eastern and Israeli perspective, this is a drought-hit region where water shortages are worsening. And were it not for prime minister Ariel Sharon’s strategic focus on building desalination plants less than two decades ago, Israel right now would be facing an intolerable water situation, Yoav Yair, dean of the School of Sustainability at the Interdisciplinary Center Herzliya, said in an Army Radio interview on Tuesday. We’d have no gardens and no green space, he noted starkly. 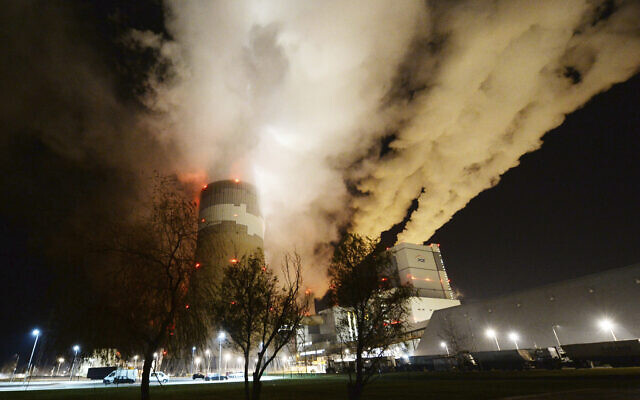 In this November 28, 2018 photo, clouds of smoke are pictured over Europe’s largest brown coal power plant in Belchatow, Poland. Polish energy officials blamed human error for a massive outage and a fire there in May, 2021. (AP Photo/Czarek Sokolowski, file)

That insight underlines the challenges and the opportunities. Israel has learned how to manage precious water resources — and to maximize crop production through drip irrigation — and similar ingenuity worldwide is vital to tackling the dangers of our warming planet. But we all also need to urgently change those of our habits that are exacerbating the crisis, and to demand that our governments take the strategic measures that can offer subsequent generations a realistic prospect of, put simply, life. (Prof. Yair specified the most urgent steps the Israeli government should take here, with a first, firm, focus on urgently replacing fossil fuels with renewable energy sources.)

With all due respect to the world’s greatest soccer star, the fate of Afghanistan, New York’s governorship, and even this pernicious pandemic, the imperative to save our warming planet is the story that matters most — right now and for decades to come.

** This Editor’s Note was sent out Wednesday in ToI’s weekly update email to members of the Times of Israel Community. To receive these Editor’s Notes as they’re released, join the ToI Community here.