AFP — Israeli environmentalists are warning that a UAE-Israeli oil pipeline deal threatens unique Red Sea coral reefs and could lead to “the next ecological disaster.”

The agreement to bring Emirati crude oil by tanker to a pipeline in the Red Sea port of Eilat was signed after Israel normalized ties with the Gulf Arab nation late last year and should come into force within months.

With experts warning of possible leaks and spills at the aging Eilat port, and the Israeli environmental protection ministry demanding “urgent” talks on the deal, activists mobilized last week.

They held a protest in a parking lot overlooking Eilat’s oil jetty against what they see as a disaster waiting to happen, chanting that profits will be made “at the expense of corals.” 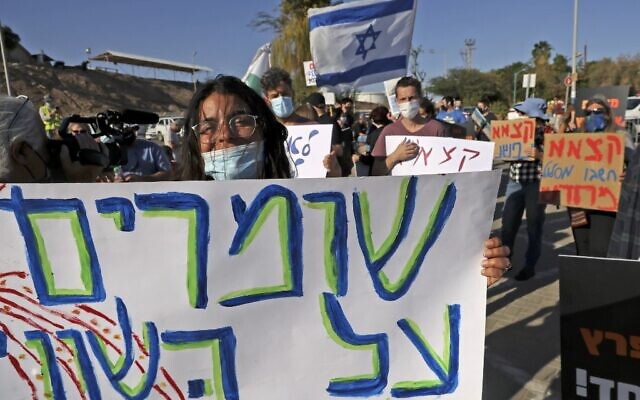 “The coral reefs are 200 meters (yards) from where the oil will be unloaded,” said Shmulik Taggar, an Eilat resident and founding member of the Society for Conservation of the Red Sea Environment.

He predicted that with the projected arrival of two to three tankers a week, traffic will be “back-to-back.” 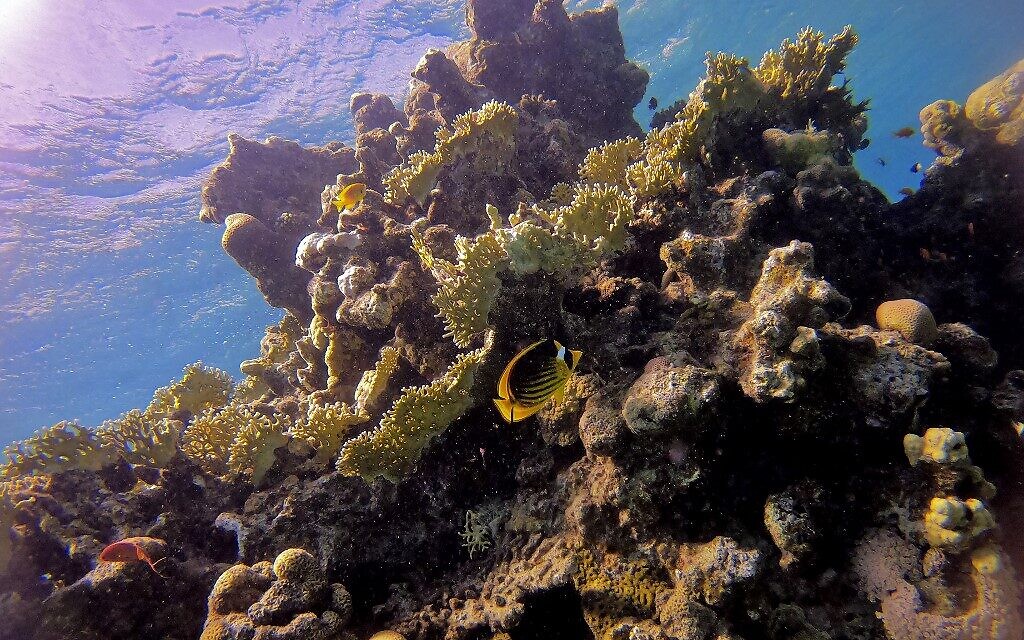 This picture taken on February 10, 2021, shows a view of marine life at a coral reef in the Red Sea waters off the coast of Israel’s southern port city of Eilat. (MENAHEM KAHANA / AFP)

This, he said, would also impact the aesthetic of a city promoting ecological tourism.

“You can’t sell green tourism when you have oil tankers by the dock,” he said.

Israel and the UAE established ties last year as part of the US-brokered Abraham Accords.

One of the deals that followed was a memorandum of understanding between Israel’s state-owned Europe-Asia Pipeline Company (EAPC) and a new entity called MED-RED Land Bridge Ltd — a joint venture between Abu Dhabi’s National Holding company and several Israeli firms.

In October, EAPC announced a “binding MoU” with MED-RED to bring crude from UAE to Eilat and then transport it by pipeline to Israel’s Mediterranean city of Ashkelon for onward export to Europe. 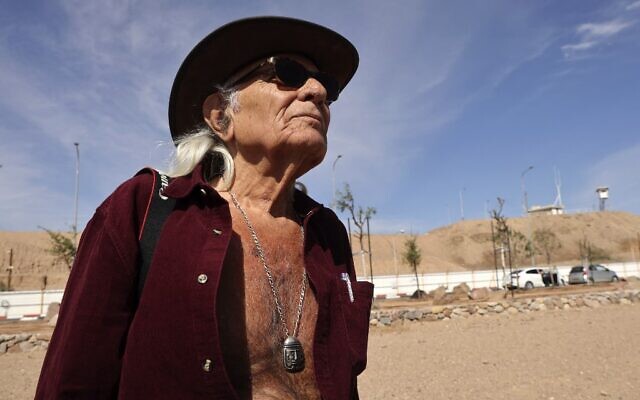 Shmulik Taggar, a resident historian of Israel’s Red Sea port city of Eilat and founding member of the Society for Conservation of the Red Sea Environment. (MENAHEM KAHANA / AFP)

Taggar argued that deals benefiting the fossil fuel industry at the expense of the environment are “not in the spirit of our times.”

Activists argue the deal evaded tough regulatory scrutiny because of EAPC’s status as a state-owned firm working in the sensitive energy sector. 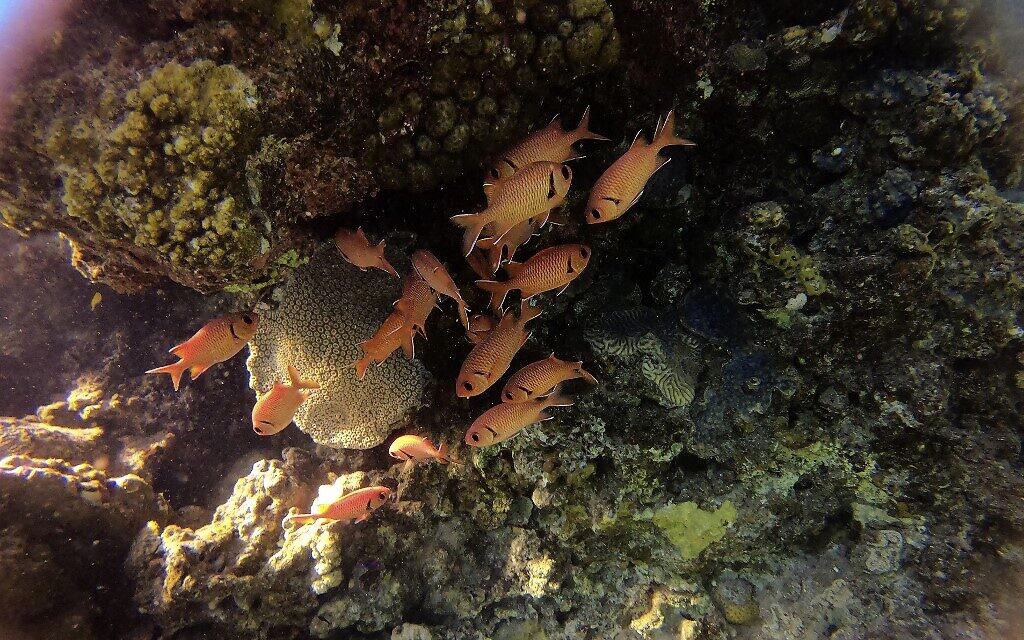 This picture taken on February 10, 2021 shows marine life at a coral reef in the Red Sea waters off the coast of Israel’s southern port city of Eilat. (MENAHEM KAHANA / AFP)

While coral populations around the world are under threat from bleaching caused by climate change, the reefs in Eilat have remained stable due to their unique heat resistance.

Eilat’s coral beach reserve extends some 1.2 kilometers (almost a mile) off the city’s coast, protecting reefs that are home to a rich variety of marine life. 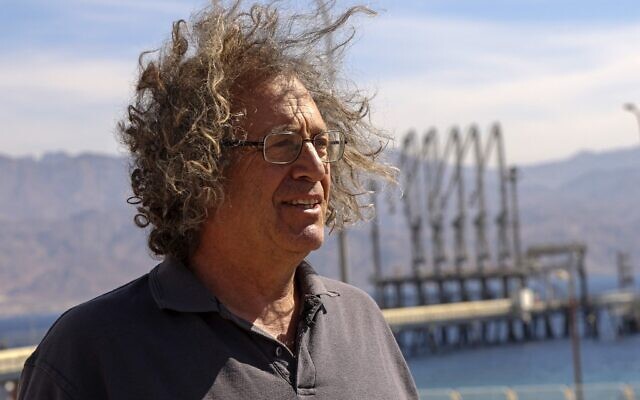 But their proximity to the EAPC port puts them at grave risk, Nadav Shashar, head of marine biology and biotechnology at Eilat’s Interuniversity Institute for Marine Science, told AFP.

The infrastructure is not set up to prevent accidents and only designed “to treat pollution once it’s already in the water,” he said.

Shashar, one of 230 experts who petitioned Prime Minister Benjamin Netanyahu against the deal, argued that with the increase of shipments, “the result will be a constant leak of oil pollution.” 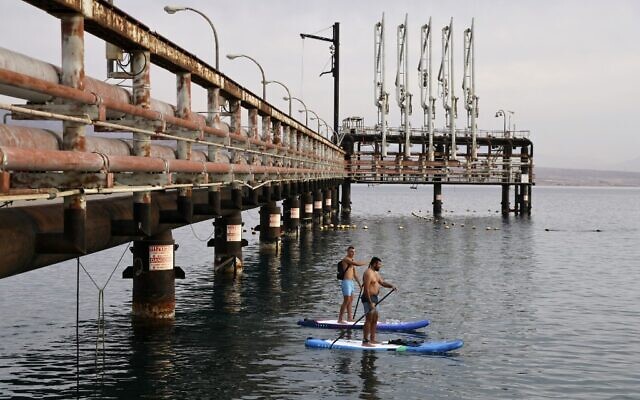 Men row on standup paddle boards in the Red Sea waters as they pass underneath an abandoned oil jetty in Israel’s southern port city of Eilat on February 9, 2021 (MENAHEM KAHANA / AFP)

After the agreement was struck in October, EAPC said it could increase oil flow through Eilat by “tens of millions of tonnes per year.”

Contacted by AFP, the company declined to discuss the deal’s specifics but stressed that its equipment was “state of the art” and up to international standards.

The environmental protection ministry said it had fulfilled its oversight role but also called for an “urgent discussion of all relevant governmental bodies” to review the deal.

The talks, a statement said, “would examine all angles — including the environmental ones — of increasing the volume of crude oil being transported.” 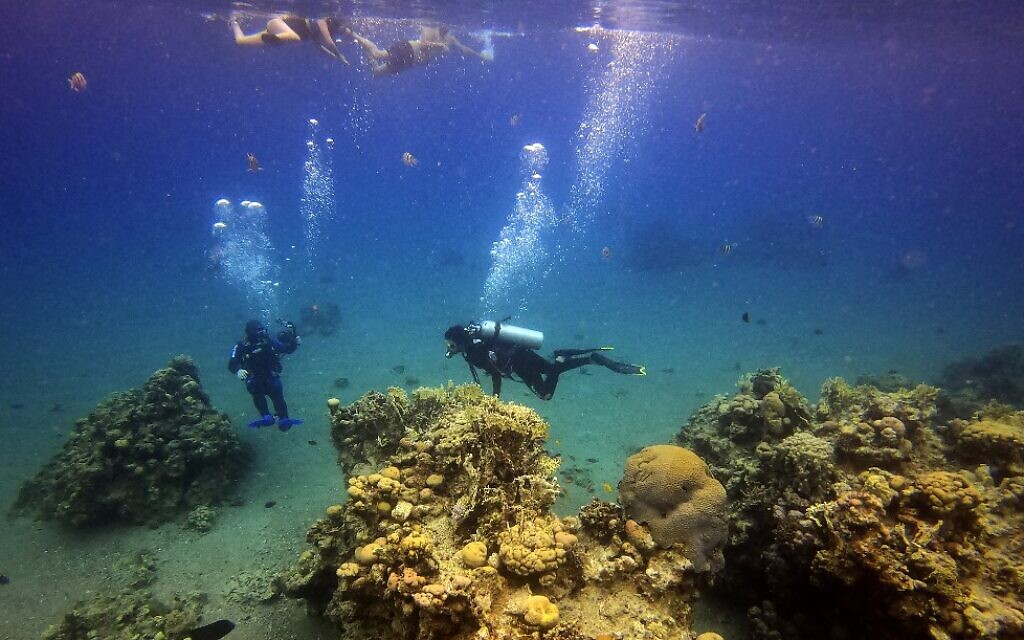 Scuba divers approach a coral reef while on a dive in the Red Sea waters off the coast of Israel’s southern port city of Eilat on February 9, 2021. (MENAHEM KAHANA / AFP)

Shashar said the goal was not to close down EAPC but to “limit the extent of its use to something that can be handled.”

Some activists have voiced more militant views, including Michael Raphael of the international Extinction Rebellion movement.

Raphael, who came to the recent rally armed with a bullhorn, said he was aiming to set up an Extinction Rebellion chapter in Eilat to resist the UAE deal.

“If the problem isn’t solved, we’ll have to get in the way of things,” he said. “We don’t just demonstrate… we disrupt the work of those who pollute.” 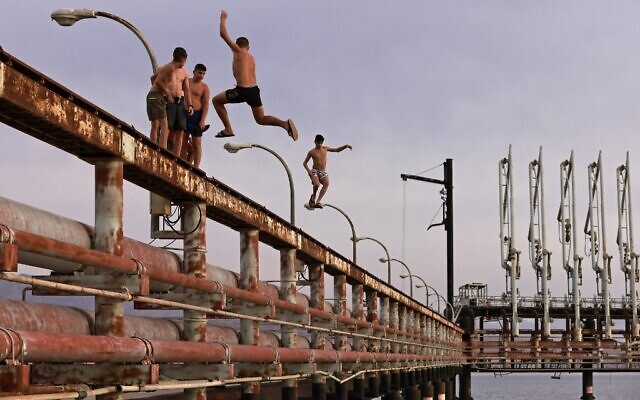 Youths jump into the Red Sea water off an abandoned oil jetty in Israel’s southern port city of Eilat on February 9, 2021. (MENAHEM KAHANA / AFP)
I'm proud to work at The Times of Israel