It’s not surprising that after having dived deep under the Antarctic ice and climbed to some of the highest peaks in the world, Jessica Meir has set out to reach the ultimate extreme destination: Outer space.

A biologist who researched the physiology of animals in extreme environments, Meir, 40, is now a NASA astronaut training for an International Space Station (ISS) mission. One of eight members of the American space agency’s astronaut class of 2013, Meir hopes to join the ranks of 46 American women and 12 American Jews who have already gone into orbit.

Meir is currently training in the US and Russia to be a back-up crew member for an Italian astronaut scheduled to launch next year in a Russian Soyuz space craft, for a 4-6 month mission on the ISS. There are three seats on the Soyuz, and Meir is training to be in the left-hand seat, which is occupied by the co-pilot. 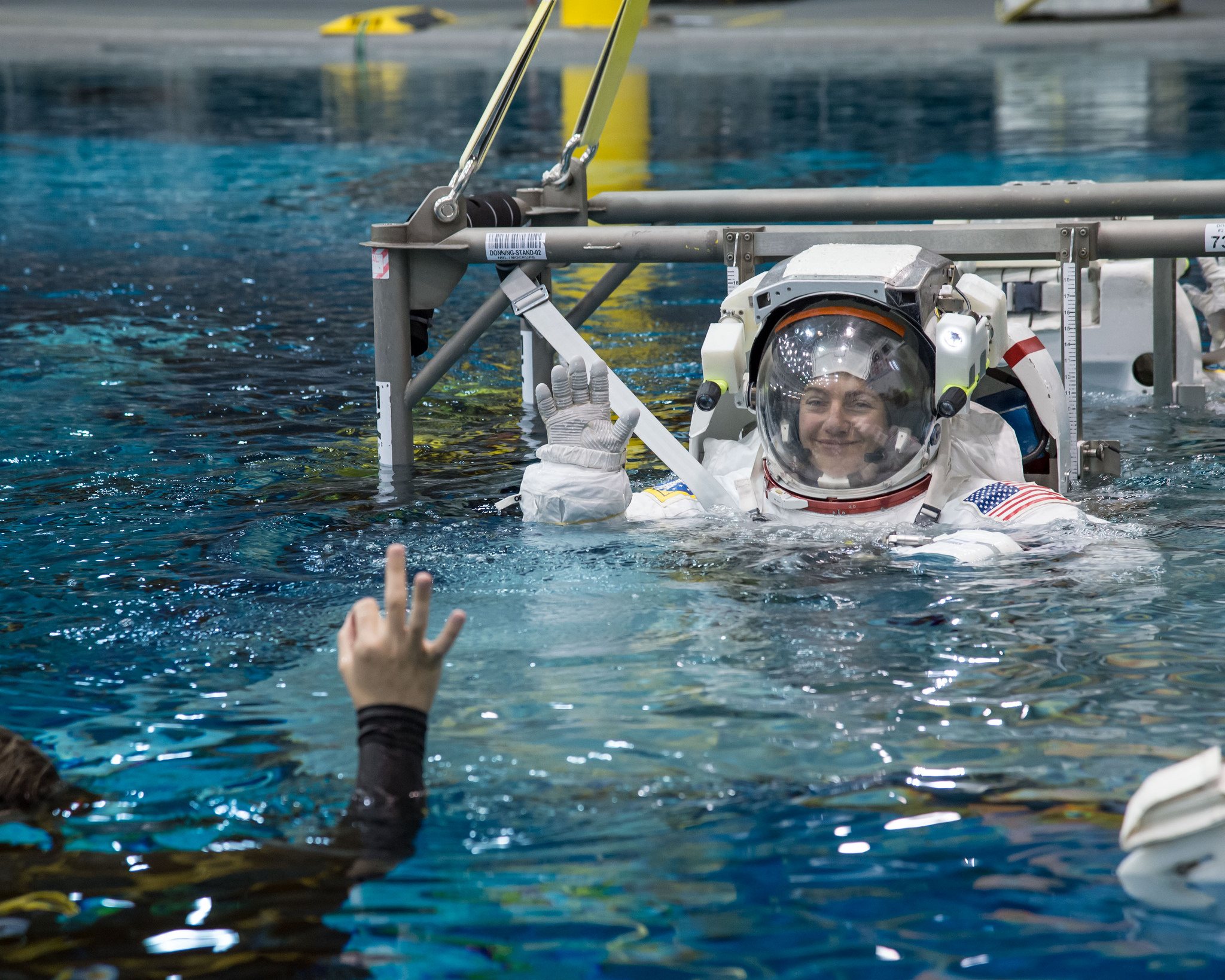 She is still waiting to find out when she will be scheduled for her own mission.

“Unfortunately, we are in an indeterminate time where we have this transition where we are launching only with the Russians from Khazakstan, since the Space Shuttle retired in 2011. We’re waiting for SpaceX and Boeing to build the new vehicles that we can launch from Florida. So assignments are in flux,” Meir said.

“There are no questions that I will be going into space. It’s just a matter of when,” she said confidently. 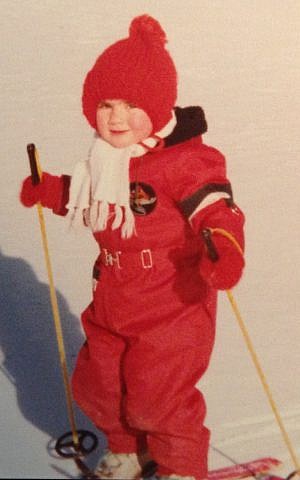 Jessica Meir as a very young girl in her hometown of Caribou, Maine. (Courtesy of Jessica Meir)

Meir (pronounced Meer), who is single, has wanted to be an astronaut for as long as she can remember. Her first distinct memory of the ambition was in first grade, when the teacher asked her class to draw a picture of what they wanted to be when they grew up. Meir drew a picture of an astronaut in a spacesuit standing on the surface of the moon.

As the daughter of immigrant parents (her mother is Swedish and her late father was an Iraqi-Israeli physician) growing up in remote Caribou, Maine, Meir didn’t know anybody who worked for NASA or for the space program in any way. She attributes her abiding dream of personally participating in space exploration to the love of nature she learned from her mother, and from her father’s predilection for wandering and adventure.

“And it might have had something to do with the fact that the stars shone so brightly in rural Maine,” Meir added.

She also participated in research flights on NASA’s reduced gravity aircraft, and served as an aquanaut crew member in the Aquarius underwater habitat for the 4th NASA Extreme Environment Mission Operations (NEEMO) mission, before completing her doctorate in marine biology (diving physiology) from the Scripps Institution of Oceanography (University of California San Diego).

Meir recently took time out of her intensive training schedule at Johnson Space Center in Houston, Texas, to speak with The Times of Israel about what it takes to be a successful astronaut, how she manages risk, and what it was like growing up the youngest of five children in the only Jewish family in a small New England town.

How did your family end up in Caribou, Maine?

My dad was born in 1925 in Baghdad to a family with nine kids. In 1931, the whole family left when there was more anti-Semitism there and settled in Palestine. My dad was in medical school at the American University of Beirut when the War of Independence was happening. He came back to Israel and was one of the first to volunteer for the army, driving an ambulance in the war. After that, he went to Geneva to finish medical school.

He met my mom, who was a nurse, in Sweden, and they moved to the US for my dad’s medical residency at Johns Hopkins. My dad heard from a friend about a job opportunity in Caribou, Maine, so that is how we got there.

My mom didn’t officially convert, but we considered ourselves a Jewish family. We’re not overly religious, but we celebrated high holidays. There was no synagogue in Caribou, so we went to the one 11 km away in Presque Isle, where I had my bat mitzvah. 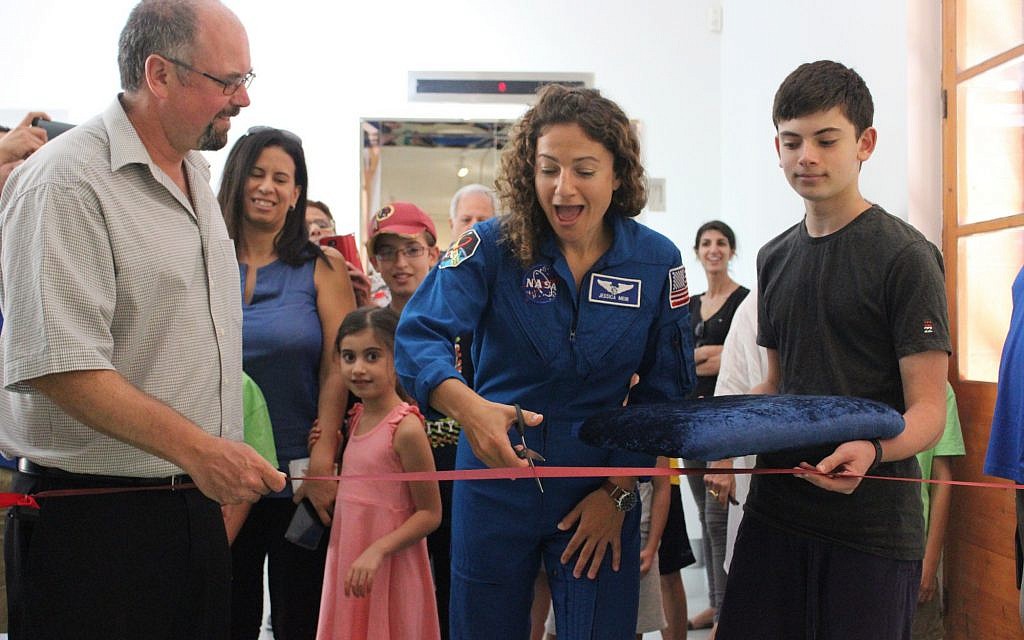 Did you maintain ties with your father’s relatives in Israel?

Most of my relatives from my dad’s side are all still in Israel. They pronounce our last name the Hebrew way —  like Golda Meir.

I didn’t visit enough as a child. My dad used to always say we’d go when there’s peace. I encouraged him that we should go before that. I went once when I was in high school with my parents and my brother.

I hadn’t been back until summer 2016, when I was there for work as an astronaut. I gave a talk in Haifa at the International Space University summer session. It was a great trip and it was wonderful to be back and visit with family.

What was involved in your initial astronaut training?

We did astronaut candidate training for our first two years. You gain proficiency in five areas: Flight training; how to use the space suit (training in the big pool); learning how to use the robotic arm that’s on the ISS; learning all the different space station systems on board (electric, thermal, life support, etc,); and Russian language training, because everyone aboard the ISS must speak both English and Russian.

After graduating, we’ve maintained proficiency and done other types of training that comes along, like leadership activities, survival training, and analog- type training like a caving mission in Sardinia.

Now I am in full-time training again to be the back-up for the ISS mission next year. 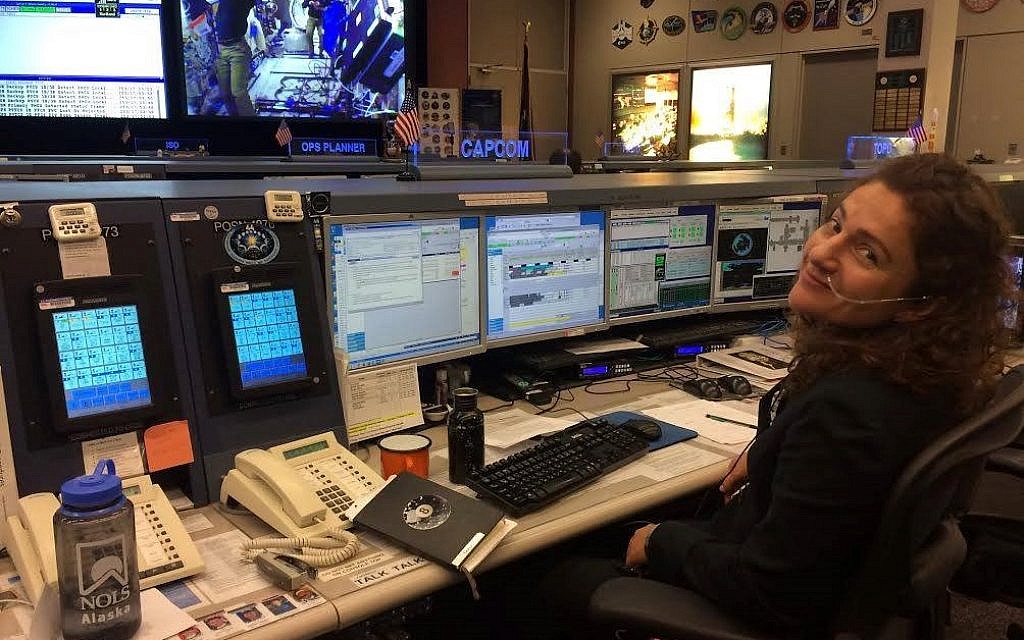 Do astronauts have other jobs at the Houston Space Center?

Yes.  One of the things I did a lot of following my completion of the astronaut training was in mission control as a capsule communicator — the single voice funneling all the communication through the mission control center. I did that for some of our space walks. It was the most interesting and dynamic thing — guiding the astronauts from the ground through the walk in space.

You were one of only eight selected from over 6,300 applicants for your astronaut class. What do you think made you such an outstanding candidate?

I think one of the big differences today is that NASA is selecting people only for long-duration missions. With the shuttle flights, it was about a two-week mission in space. Now that we are only looking at six months or more, there are some different factors that are even more important in terms of the selection.

Aside from coming from a STEM background, it is important for someone not only to stand out or be a leader in whatever their expertise is, but also to be quite well rounded. We need to be operators up there, and we need to be able to deal with a diverse set of tasks.

A military pilot obviously comes from a very operational background, but if you look at any scientist, they may or may not have that operational aptitude. They may be really good in the lab or out in the field, but they may not have the situational awareness skills to be able to operate in an extreme environment or fix things on the fly. I had those skills from the active field research I did in extreme environments, my technically challenging scuba diving under the Antarctic ice, and my having a private pilot’s license.

The other big area now is personality and psychology. You may be good at what you do, but if you are not a pleasant and good person, you won’t get selected anymore. Being a good team player, having good skills in terms of leadership and followership, and knowing how to take care of yourself and others, are skills that are emphasized for these long duration missions. 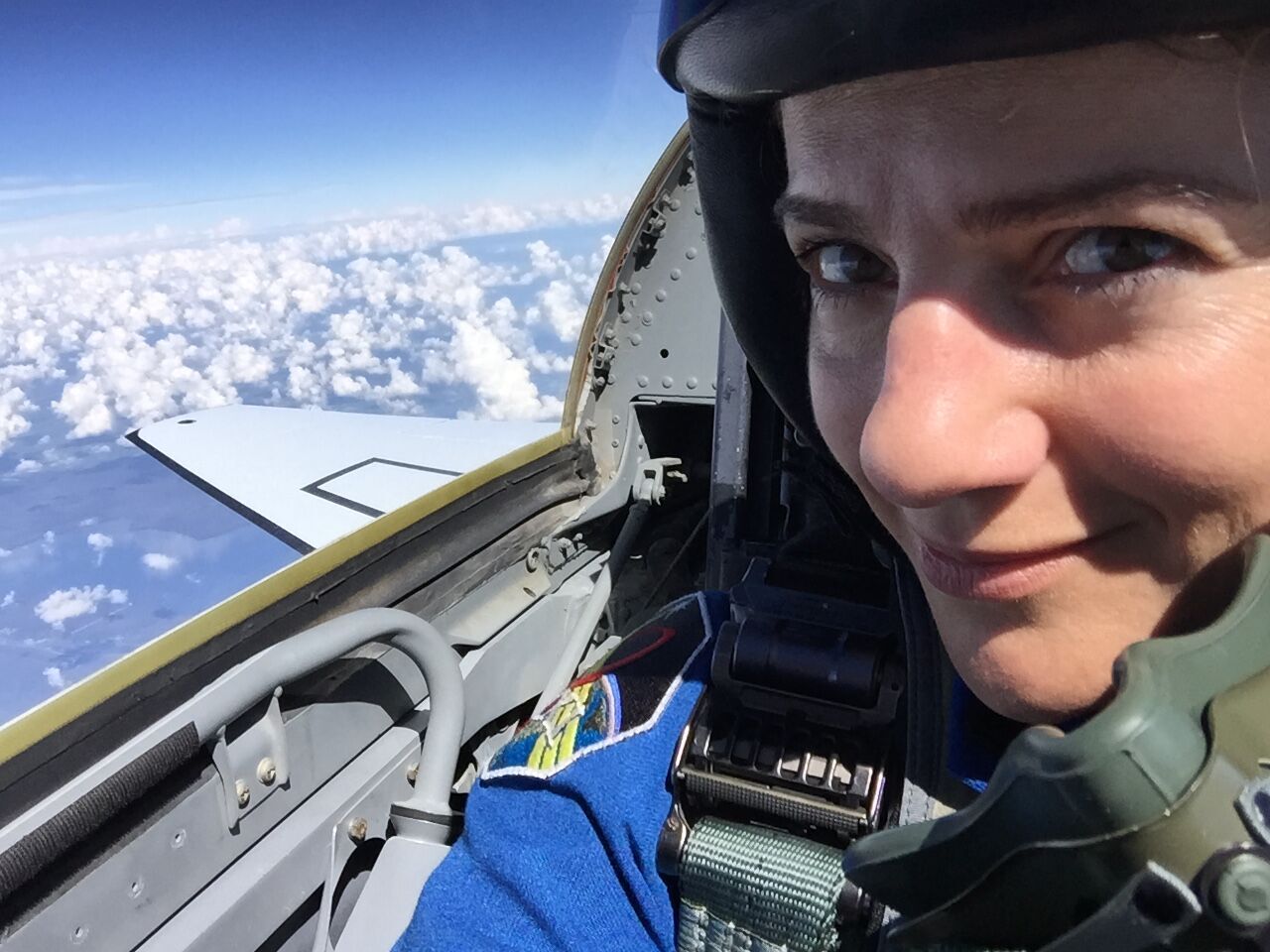 You seem to be fearless. Do you ever worry about the inherent risks of space travel?

We do such a good job here at training. The people at the NASA centers  work so hard to get us ready. Training and safety protocols are always paramount. They put such emphasis on making sure that we are fully trained and supported. Emergency situations are emphasized and reinforced so many times that responses become automatic. You can rely on that training and not get emotional. Yeah, you’re doing things you’ve never done before, but they know how to give that to you in an incremental way.

The happiest and most content I’ve ever been is when I have the mental and physical challenges at the same time. I’ve always been this way. I’m sure my mother would agree, as she’s watched me do things like skydiving and under-ice diving throughout my life. I don’t think of them as risky, though. It is more about controlled risk. Being well trained and and following safety measures is part of the fun. I do truly live by the philosophy that without risk there is no reward.