When about 100 Ethiopian immigrants left for Israel last month, Menachem Waldman was there to see them off at the Addis Ababa airport. For the 64-year-old Israeli rabbi making his 70th trip to Ethiopia, it was one more small victory in a bitter battle that has caused enormous pain and agony for tens of thousands of families that have been torn apart.

And it is a battle that is far from over: About 8,000 Ethiopians remain waiting in Ethiopia for the Israeli government to allow them to immigrate. Many have been separated from their families in Israel for more than 20 years.

Waldman’s interest in Ethiopian Jews goes back to the early 1980s, when the first wave of Ethiopian Jews came to Israel and a group settled near the village of Nir Etzion in northern Israel. Waldman served as the local rabbi there.

“I was impressed by how connected they were to Jewish traditions,” recalls Waldman.

From talking with the Ethiopian religious leaders known as kesim, Waldman became familiar with the group’s oral history. His research would result in 10 books about Ethiopian Jewry published over the past 30 years. Among his findings is what the kesim told him about how the community originally came to Ethiopia.

“They believe that their forefathers followed the Nile valley southward from Israel in the years following the destruction of the [First] Temple,” explains Waldman.

Isolated from other Jews, they followed the laws of the Torah without the practices introduced by the Talmudic authorities. 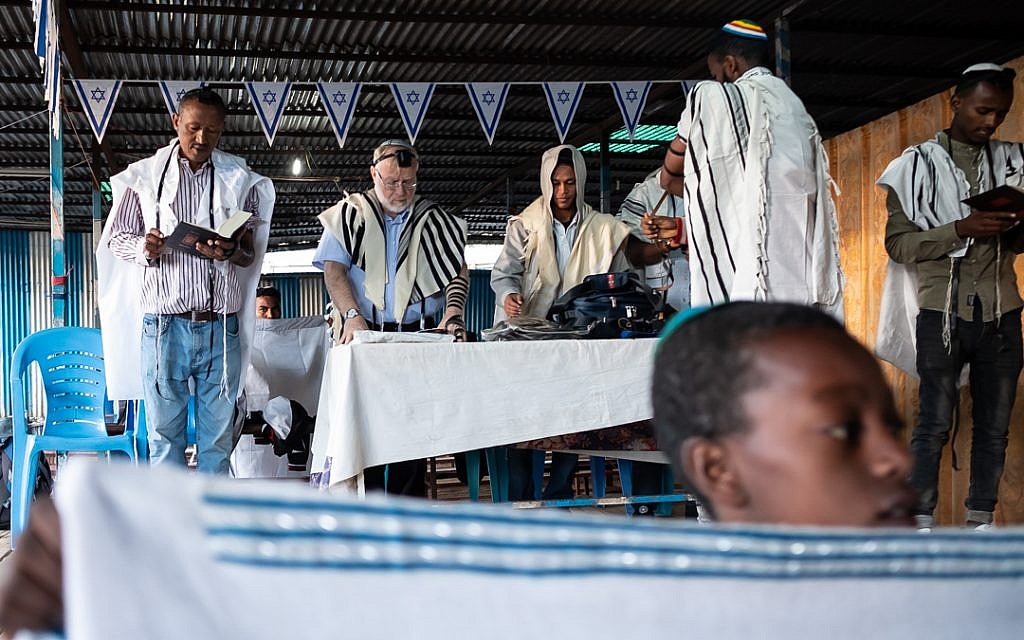 Waldman’s expertise became of critical value in 1992 when the Israeli government sent him to Ethiopia to report on the controversy surrounding Jews who had been pressured to convert to Christianity in the late 19th century.

These Ethiopians, pejoratively known as Falashmura, were now eager to return to their Jewish roots. Some had come to Israel during the 1980s. But many others who had left their villages to emigrate to Israel in the 1990s became stranded in either Gondar or Addis Ababa as the Israeli government tightened its immigration criteria.

Waldman unequivocally recommended that this remnant of Ethiopian Jewry be allowed to come to Israel. It is against Jewish law and Jewish history to not accept Jews wishing to return to the community, argued Waldman, noting that converts from Jewish communities in Iran and Iraq as well as the Spanish and Portuguese crypto-Jews have all been welcomed back to the fold.

He also was impressed by their sincerity. 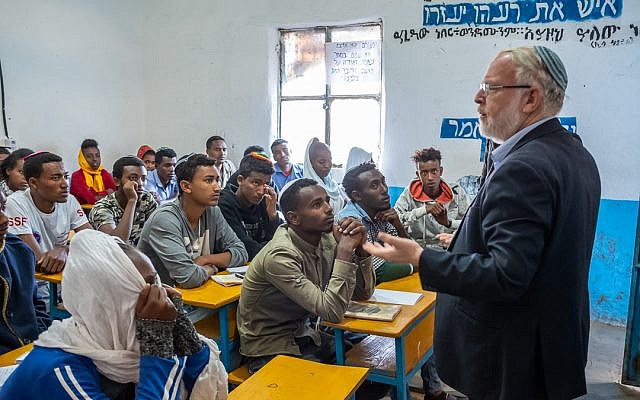 “They explained that their non-Jewish practices were like putting on a coat. ‘We remained Jews on the inside,’” Waldman says.

In fact, wearing that “coat” didn’t prevent the rest of the Ethiopian population from discriminating against them.

“They lived separately from Christian Ethiopians and were only allowed to work in the traditional Jewish occupations of weaving, black-smithing and pottery,” Waldman says.

Even though the converted Jews reaffirmed their connection to Judaism by attending synagogue services and practicing Jewish rituals, the Israeli authorities have continued to place obstacles in their path. Consequently they remain in limbo, uncertain about if and when they will be reunited with family members in Israel.

Waldman currently serves as the Jewish Agency’s director of Jewish education programs for the Ethiopian community in Israel, a job that brings him in contact with families who have suffered years of separation from relatives. 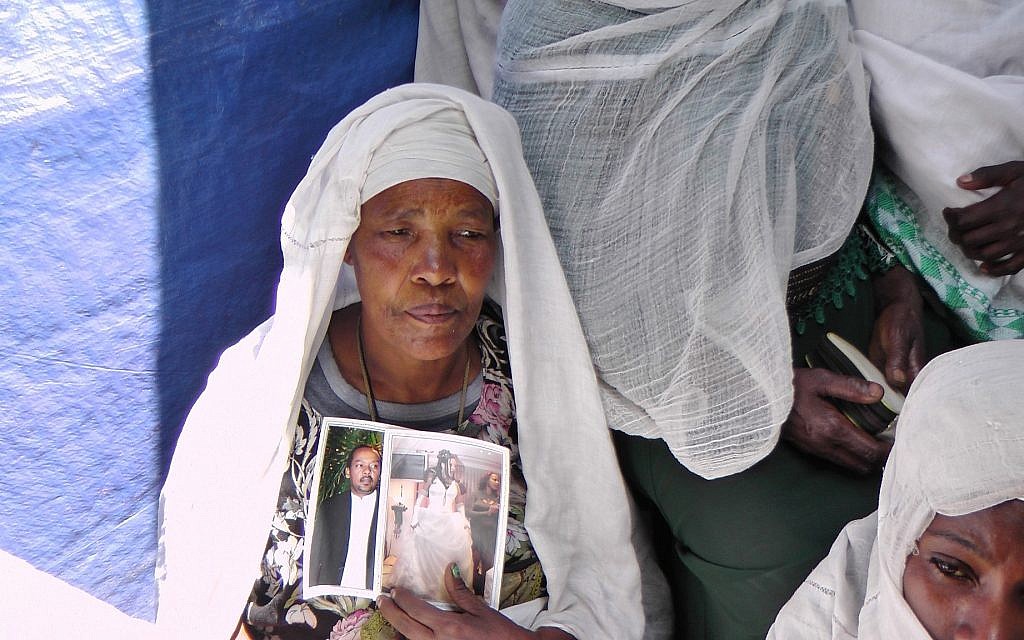 An Ethiopian worshiper at the synagogue in Addis Ababa praying and holding photos of family members living in Israel. (Bernard Dichek/ Times of Israel)

On a recent visit to the Hanita Immigration Absorption Center in Haifa, Waldman was warmly greeted by Kasao Mula, a 23-year-old about to enter the Israeli army.

“Kasao was the cantor in the Addis synagogue, where he and his three brothers and father were the first ones to arrive for prayers every morning,” says Waldman.

The family’s immigration process was halted 15 years ago when Kasao’s mother suddenly died just after the family received an entry permit.

Because Kasao’s father is not Jewish, and because the death of Kasao’s mother meant that he and his brothers no longer had a Jewish mother, the Interior Ministry immediately revoked the family’s permit. Kasao’s grandmother and his mother’s sisters and brothers, along with their families, were already living in Ashdod. 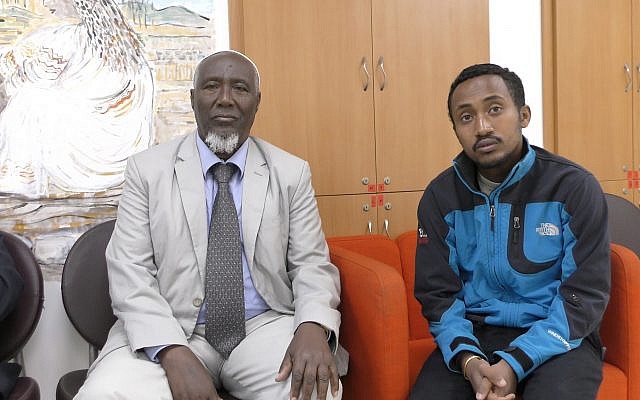 Father and son, Achenefe and Kasao Mula: the family waited in Addis Ababa for more than 15 years before being able to join family members living in Israel. (Bernard Dichek/ Times of Israel)

Kasao’s father, who had previously decided to convert to Judaism, continued to bring his children up as Jews. Finally, a year ago, when they were allowed to come to Israel, Kasao was reunited with his grandmother and other relatives.

“It is absolute wickedness that they were not allowed to come for so long,” says Waldman. “All because of an arbitrary insensitive decision made by a government clerk.”

The efforts of Waldman and others, however, have not been in vain. An estimated 50,000 Ethiopians who returned to Judaism have moved to Israel in the last 26 years. They and their Israeli-born children now make up the largest segment of the 140,000 Israelis of Ethiopian descent.

Yet this is of little consolation to the 8,000 who remain in Ethiopia, living in impoverished conditions in the cities of Addis Ababa and Gondar, after leaving their villages and farms many years ago in anticipation of an imminent move. 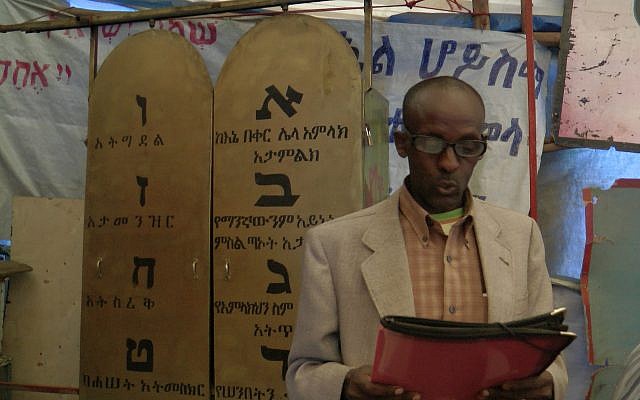 An Ethiopian worshiper at the synagogue in Addis Ababa praying. (Bernard Dichek/ Times of Israel)

In 2015 it seemed like the problem was finally solved when Ethiopian-Israeli Knesset Member Avraham Negusie pressured the Netanyahu-led government into passing Resolution 716, which called for the immediate absorption of the remaining Ethiopian Jews. But several months later, Prime Minister Benjamin Netanyahu reneged on his promise, claiming that the government did not have sufficient funds to implement the resolution.

In the years since, a lack of funding has not prevented tens of thousands of immigrants from other countries to come to Israel, while only a trickle of Ethiopians have been let in.

In 2017 alone, close to 17,000 Jews were admitted from the former Soviet Union, while only 1,300 Ethiopians were allowed to immigrate.

Recently, Netanyahu once again promised to bring the remaining Jews of Ethiopia to Israel — after the upcoming election.

In the meantime, Waldman continues to travel frequently to Ethiopia where he is known as the Rabbi of the Ethiopians. 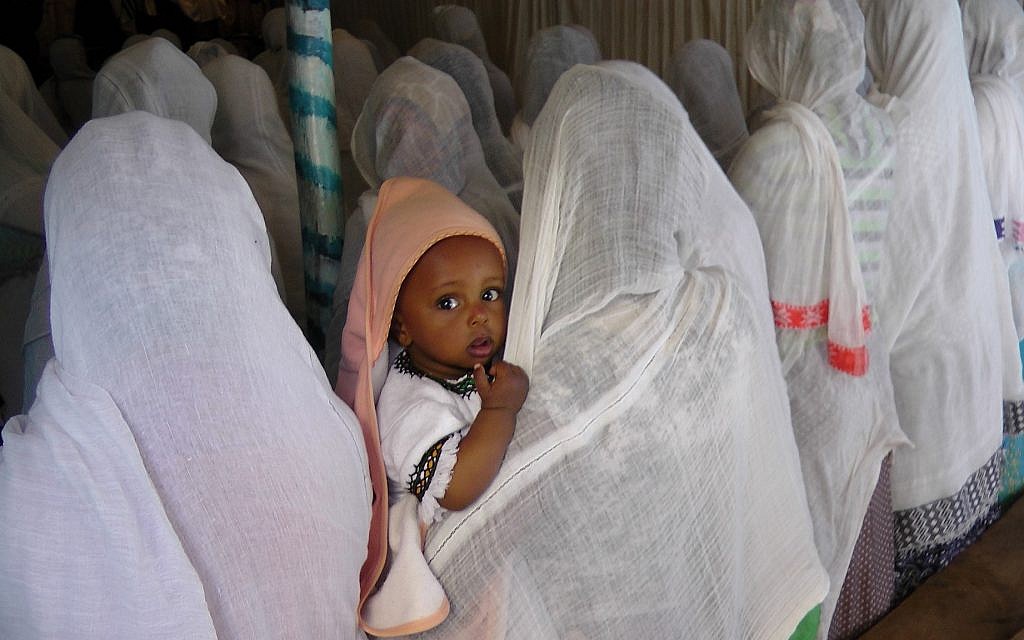 An Ethiopian worshiper at the synagogue in Addis Ababa. (Bernard Dichek/ Times of Israel)

Standing on the balcony of his Haifa home, he looks out on the Haifa harbor and recalls how, more than 70 years ago, a ship called the Exodus full of Holocaust survivors hoping to immigrate to Israel was turned away.

Waldman’s mother was one of the passengers on that ship. After a well-known struggle, she and the others eventually reached Israel.

“It’s inevitable that anyone who wants to come here is able to do so,” he says.