With housing cost increases at their highest, and a growing affordability gap, real estate sector professionals anticipate a difficult year ahead

Israel’s housing market has defied expectations over the course of 2022, with home prices rising by a record 20.3% year-on-year, based on the most recent data available. Salaries have risen on average by a more modest 4%, and as financial pressures grip the tech sector and businesses around the world, advertised prices are becoming increasingly out of reach.

Israel’s inflation rate stood at 5.3% in November and remains well above the Bank of Israel’s upper target range of 3%, even though it’s much lower than in the US and Europe (7.1% and 10.6%, respectively). Raising the benchmark interest rate, as the bank has done consistently since the spring, to 3.75% is a key tool to address inflation.

But increasing rates also hit existing and potential mortgage borrowers hard, with the majority of home loans in Israel tied to variable rates. At the same time, the amount of equity required to purchase a home keeps rising, and with it, the affordability gap is widening.

The previous government focused on increasing housing starts in a bid to tackle prices by upping supply. But when they’re built, these apartments will be making their sale debut in a different market. And the developers that built them are often also dealing with the high prices they paid for land, materials, and loans — as well as more cautious buyers being hit on all sides.

It’s a complicated picture. The Times of Israel spoke to a panel of experts to give their perspectives on what the next 12 months may have in store for Israel’s housing market.

The inventory of unsold apartments will continue to rise in 2023, with the expectation of a further slowdown in sales. This may harm developers’ cash flow. We estimate that in the long run, some developers will be forced to lower prices, and accordingly, apartment prices nationwide will stabilize or even decrease in the coming year with moderate price declines potentially continuing into 2024. 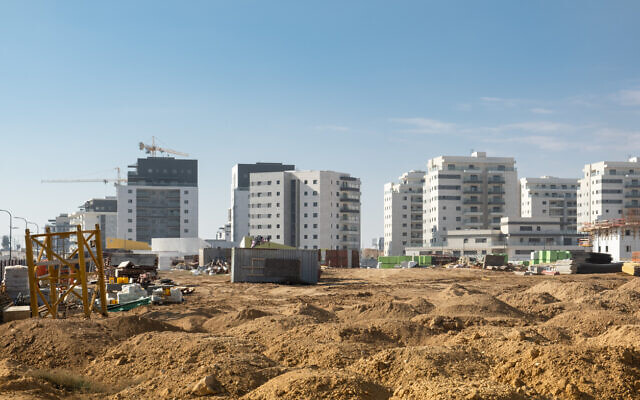 A construction site in southern Israel, May 2022. (Roman Mykhalchuk via iStock by Getty Images)

Demand for housing in the Tel Aviv metropolitan area and Jerusalem is particularly strong. However, a high ratio between apartment prices and income in these cities indicates a heavier mortgage burden compared to other areas. Demand in these areas is more sensitive to a sharp increase in interest rates compared to the other regions.

If the slowdown in the tech sector worsens, Tel Aviv apartment prices may be significantly more damaged than in other cities. Cities such as Bat Yam, Bnei Barak, Tel Aviv and Petah Tikva also have a high ratio of apartment prices to income and have seen a particularly fast increase in building permits. These cities are therefore more exposed to price falls. The southern district is also at risk of price falls given the relatively high volumes of new construction. 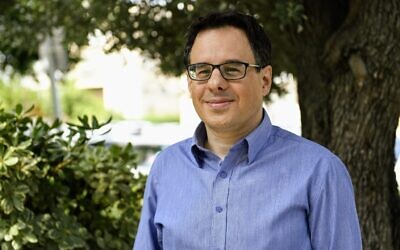 We go into 2023 with a shortage of around 150,000 housing units, and with an annual increase in the number of Israeli households of about 50,000 to 60,000. For the first time in a number of years, the last government dramatically increased the sale of land for development and worked to increase the number of homes for sale. But the fundamental problem in the market is there aren’t enough homes. There is also not enough government funding to support municipalities with the infrastructure needed to support an increasing number of households. Rising interest rates are also a challenge for developers.

I hope with a new government we will see an increase in land for sale, more money coming to municipalities to support them, action to speed up planning approvals, an end to the Bank of Israel increasing interest rates, and support for the rising costs of raw materials. 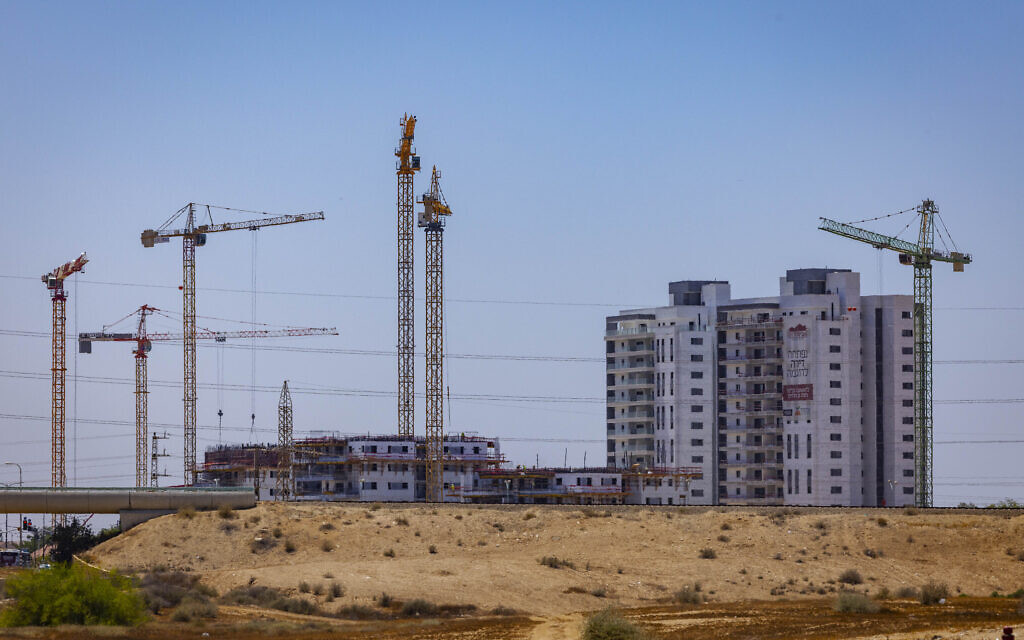 A view of a construction site for new apartment buildings in the southern city of Beersheba on July 28, 2022. (Nati Shohat/Flash90)

We also should develop housing for long-term rentals — there’s a growing need. We need to be hopeful but the housing market is a crazy environment. We will need a very brave ministerial team across the Housing, Interior, and Finance ministries, and a government that will maintain or even increase the numbers of workers the construction industry depends on. Every day, 80,000 workers come into Israel from the Palestinian community and 15,000 foreign workers are employed in the sector.

It’s all about national priorities and I hope that the building industry will be one of them. 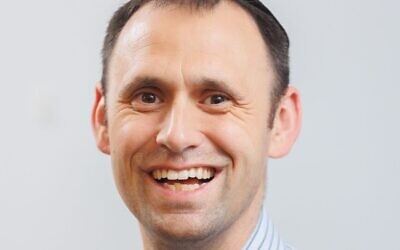 Buyers — especially young buyers — are absolutely being squeezed on all sides at the moment.

For example, a couple bringing home NIS 20,000 ($5,850) a month are now only eligible for a NIS 1.3 million ($380,460) mortgage, whereas a year ago they could have been approved for NIS 1.6 million ($468,260). This mortgage repayment needs to be crammed into a family budget which now includes many items that are much more expensive than a year ago.

You would think that this reality must cause prices to drop in 2023, and perhaps it will. But the Israeli psychology seems to be that nobody wants to be the ‘freier’ [a sucker] that sells their house for less than their neighbor. 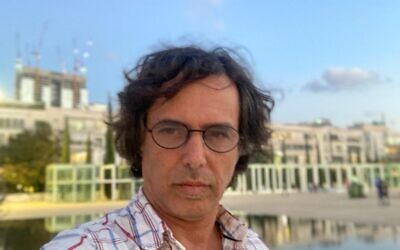 2023 will be a difficult year relative to the increases of the last decade and especially the madness of the last year. We can expect a marked decrease in the volume of transactions and real estate prices will not match the record rises recorded during 2022.

In the residential sector, there is constant demand, but at the same time, the purchasing power of buyers has decreased (because of the rising interest rates and the rate of house price inflation which is way in excess of rises in salaries). My view is this will lead to far fewer transactions and perhaps even to a drop in prices.

In terms of offices, we are already witnessing the freezing of new transactions and seeing companies reduce the space they use, developments driven by the tech sector. Their drop in prices is not yet visible but again it seems that the peak levels of 2022 will not return soon. 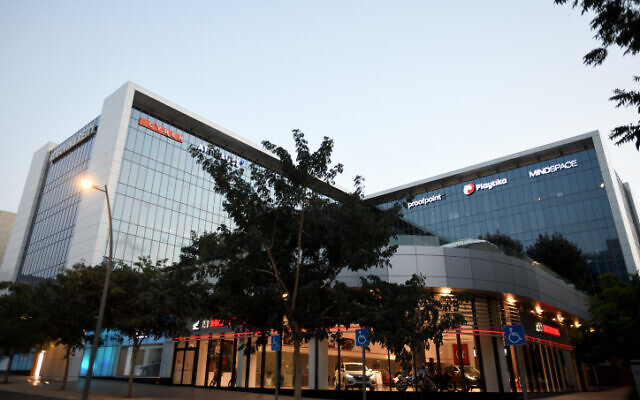 Right now there is inflation, which the world tries to control by raising interest rates. But there are places that will always go up because they are in demand and there is always a shortage of homes.

If we look globally, it’s likely that in 2023 the average price of real estate will go down. If we look at Israel, I think prices will continue to go up —  maybe stabilizing in some places, or rising more slowly — by 5% to 10% — but they will keep going up. 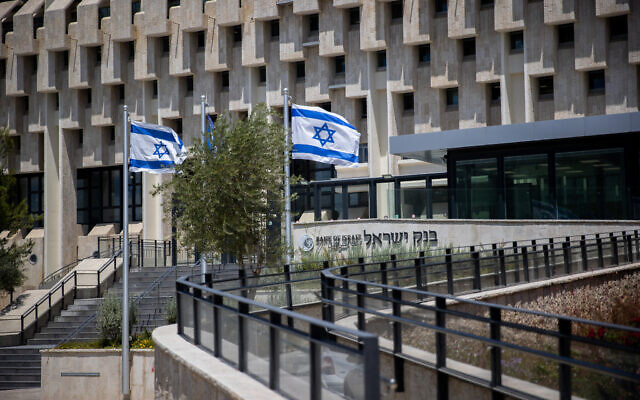 The Bank of Israel will not drive prices down, even though demand will fall. Those with mortgages are paying more; those that want to take [out] a mortgage will need to pay more.

I’m seeing stagflation. There are fewer and fewer buyers. It would be irresponsible to generalize too much. The right purchase and the right price depends on location, on personal situation, on financing requirements, and on whether it is a place to live in or to invest in.

In my opinion, anyone who wants to buy a residential apartment should not wait and [hope] that the prices will drop soon. If you want to buy for investment — either in Israel or overseas — you need to do your homework carefully. 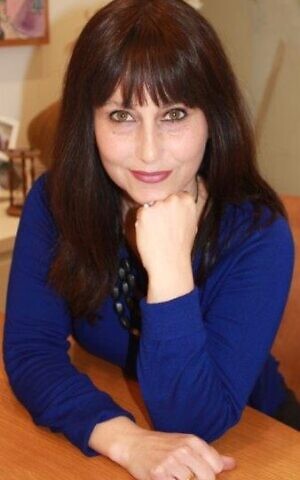 Jerusalem, Tel Aviv, Netanya, Ra’anana, Ramat Beit Shemesh, Modiin, and the Gush [the Etzion bloc, a cluster of Israeli settlements near Jerusalem, in the West Bank] (Efrat in particular) will continue to offer a soft landing for “anglo” [English-speaking] families. But the inventory of properties in these areas for both renting and buying is low compared to demand.

This is leading people to consider new areas — for example in Jerusalem, neighborhoods like Arnona, Mekor Chaim, and Talpiot.

Other areas that are growing fast and seem to have up-and-coming “anglo” neighborhoods are Afula, yishuvim [towns] and moshavim such as Yad Binyamin, Hashmonaim and Neve Michael, and also Givat Olga, Or Akiva, and Hadera. 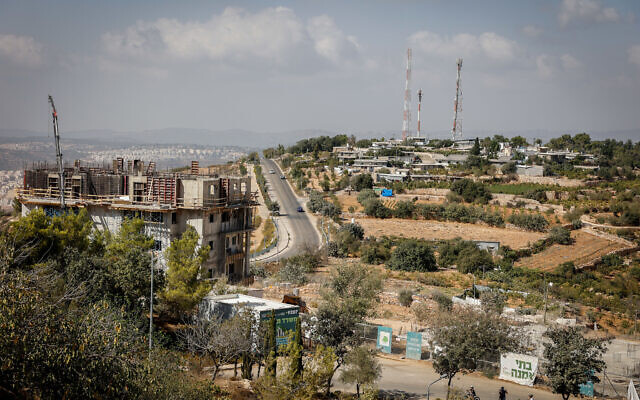 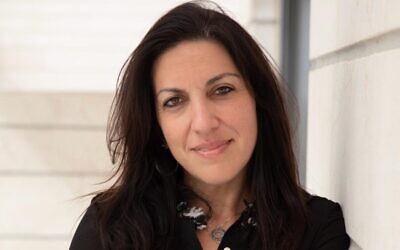 We are (finally) starting to see the higher mortgage rate impact on housing transactions: people are still making some ridiculous offers, but then they are finding that they can’t get the mortgage they would need (a mortgage can be no higher than 75% of the appraised value of the property, and repayments no more than 30% of net monthly income).

In 2023, we are going to see a slowdown in the housing market as a result.

Most people putting a property on the market don’t really have to sell, and if they don’t get the super-high prices we have seen, they will simply pull their property off the market. Overseas investment will also slow given the pressure of a strong shekel against the dollar.

People are still making some ridiculous offers, but then they are finding that they can’t get the mortgage they would need

After the COVID-19 experience, there are many people who are looking for more space at home. They want houses (rather than apartments) and so they are moving out to towns and other communities that can offer that, for example in places like Pardes Hanna. Affordable housing is starting to come through in more locations. After 20 years of talking about it, Ra’anana is starting to build.

The smartest move right now is to buy land in the places that are starting to develop new areas. Right up the coast, we are going to see seafront developments like Netanya’s Ir Yamim, and places like Hadera and Caesarea are already starting to put in the infrastructure needed.

We are seeing people be much more circumspect about the market, and making bids rather than paying the asking price. I believe we are going to see much slower rises in price but we need to differentiate between that and actual falls in price (which I believe are unlikely). 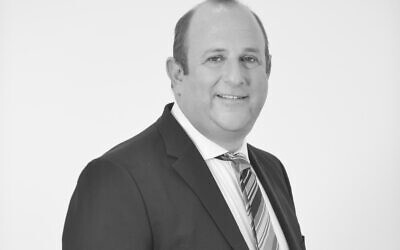 Investment from the US will continue to grow, as buyers there continue to consider seriously the potential to move to Israel. But a massive effort is needed to add homes in the places people want to be, which is largely Jerusalem, Tel Aviv, and the coast.

There are new projects to bring homes to Tel Aviv and Herzliya. I see Hadera, Ashkelon, and Jaffa as places that will grow substantially, particularly as they can offer a lower cost for housing.

2023 will also be a challenging one for developers, who typically borrow money to finance developments, and so are also caught by higher interest rates.

People who bought off-plan three or four years ago are now faced with a substantial increase in the costs of their property. The costs of construction have gone up, the costs and the limits on what they can borrow have gone up, and they may now no longer be able to afford what they signed up for.

I see interest rates continuing to rise for the next six to twelve months. And most people are tying into variable rates, believing that in time rates will fall again. I think it is going to be a bumpy market for the time being.