Already suffering from disease and hunger, Jews in the Warsaw Ghetto started to be rounded up for deportation to the Treblinka extermination camp in 1942. The German authorities directed the operations, but they also relied upon Jewish policemen in the ghetto — a group formally called the Jewish Order Service — to round up the Jews.

A painful chapter of Holocaust history, the narrative of the Jewish police in the occupied Polish capital is the subject of a new book, “Warsaw Ghetto Police: The Jewish Order Service During the Nazi Occupation,” by historian Katarzyna Person.

“It’s a topic of great emotion, even more so after the war,” said Person, who currently works at the Warsaw-based Jewish Historical Institute. She told The Times of Israel in a Zoom interview, “It’s a topic that linked, after the war, collaborators with their actions against their community during the war.”

“I felt it’s something we should talk about,” she said. “Nobody has really carried out a proper look into it.”

First published in Polish, the book has been translated into English by Zygmunt Nowak-Solinski and released by Cornell University Press in partnership with the United States Holocaust Memorial Museum.

The book is based on primary sources such as diaries and journals. Some were written by members of the Jewish underground who saw their families devastated by policemen’s actions. Others were written by the Jewish policemen themselves — including Stanislaw Adler, who went on to hold political leadership positions in postwar Poland but died by suicide in 1946, following the Kielce pogrom. 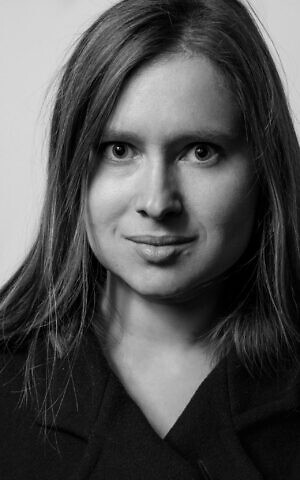 Over 1,000 individuals served in the Jewish Order Service in the Warsaw Ghetto, as other such groups were founded in Nazi ghettos elsewhere in occupied Europe. In Warsaw, Jewish policemen answered to the ultimate authority of the Germans, but were under the more direct supervision of the Polish Blue Police. Meanwhile, their official role was to work with the council of Jews, or Judenrat, which held nominal oversight over the ghetto.

“In every ghetto, their responsibilities were a little bit different,” Person said. “The way in which they answered and worked with the Blue Police and the German authorities was different.”

She noted that “the vast majority didn’t train to be a policeman.”

Other scholars have praised her book, including Brandeis University emeritus professor Antony Polonsky.

“This is a major study of the difficult question of Jewish collaboration and it deals with the complex moral questions which this raises in a clear and dispassionate manner,” Polonsky wrote in an email to The Times of Israel. “It should be read by all those interested in the Holocaust in Poland.”

Born in Warsaw, Person understands the charged nature of the topic.

Although she said the existence of the Jewish Order Service is “something really pretty well-known,” she added that “it’s part of an antisemitic narrative, as well, in my country.”

“It’s a symbol of collaboration. I’m trying to dispel the myth of the story,” Person explained.

It’s a symbol of collaboration. I’m trying to dispel the myth of the story

Person’s work at the Jewish Historical Institute focuses on documents from the Ringelblum Archive — a trove of information about the Warsaw Ghetto secretly compiled during World War II by a group headed by Polish Jew Emanuel Ringelblum. She consulted documents from the archive as source material for the book, her second after “Assimilated Jews in the Warsaw Ghetto, 1940-1943.” 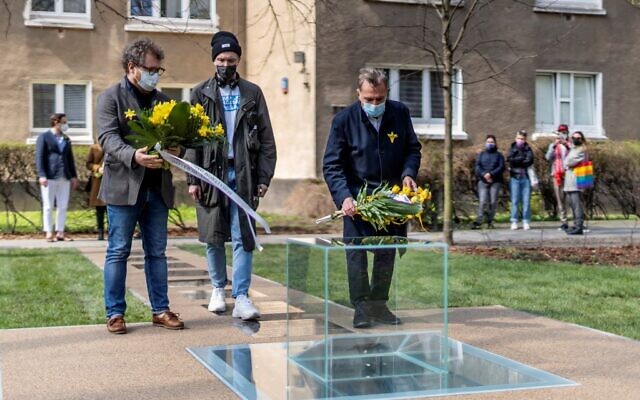 Participants lay a wreath and flowers in front of a monument dedicated to the underground archives of the Jewish ghetto, during its unveiling ceremony at the site where the Ringelblum Archive was hidden during Nazi occupation during the Second World War, in Warsaw, on April 19, 2021. (Wojtek RADWANSKI/ AFP)

Person calls the archive “the most important of the testimonies in the Warsaw Ghetto and really the Holocaust itself; an important collection with a complex, different picture of community social life of the ghetto, trying to show the whole truth in sometimes difficult circumstances.”

That includes the Jewish Order Service. “People acted differently,” she said. “We have to understand it.” 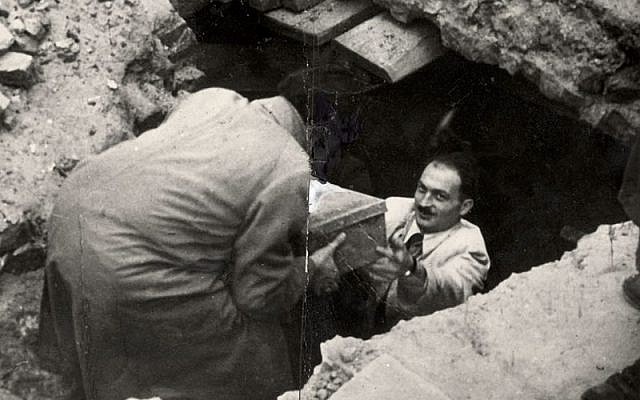 The first ‘Oneg Shabbat’ archive cache is recovered from the ruins of the Warsaw Ghetto in Warsaw, Poland, September 1946. (public domain)

When the call to join the Jewish Order Service first went out in 1940, there were more applicants than positions filled.

“At that point, no one had any sort of employment for one year,” Person said. “The Warsaw Ghetto was hermetically closed. One year after, families had to support [themselves]… People tried to help each other when the opportunity appeared to allow people to make a living.” 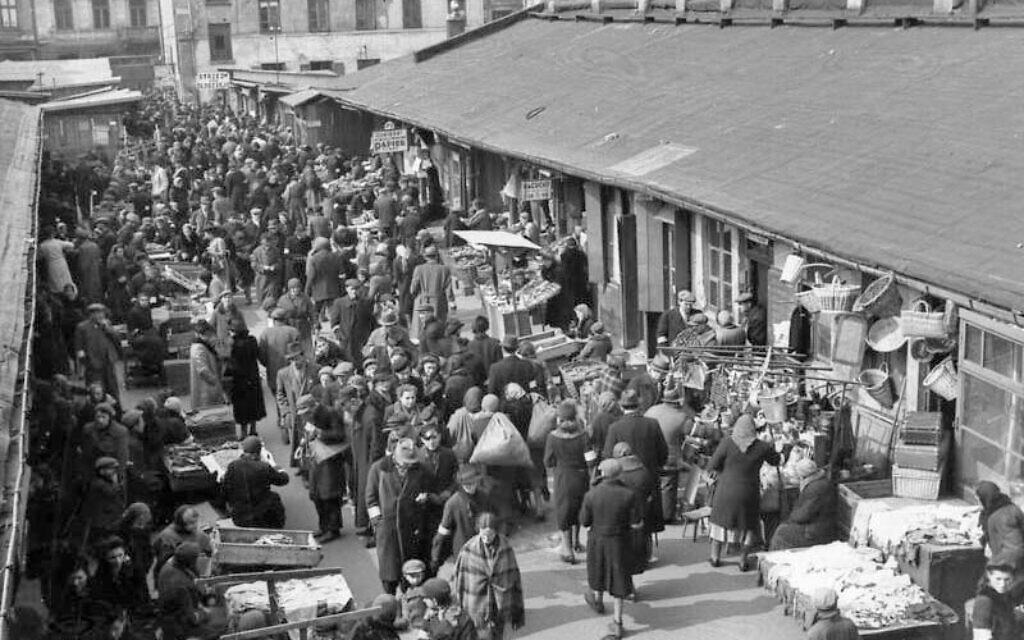 Some applicants were graduates of religious seminaries; a significant portion were lawyers.

“[The law] was one of those positions where there was no way of making a living since the war started,” Person said. “[The] key point is that when [the Jewish Order Service] was set up, nobody knew how it would end up. Nobody knew about the Holocaust, that the ghetto would be closed. Nobody really knew what was going to happen in a year and a half.”

Nobody knew about the Holocaust, that the ghetto would be closed. Nobody really knew what was going to happen in a year and a half

Jewish Order Service members included people who were born into the faith but converted to Christianity, such as the future head of the Jewish police in Warsaw, Jozef Szmerynski.

“[Szmerynski] had a very illustrious career before the war,” Person said. “He had many friends. He knew everybody in the Blue Police.” 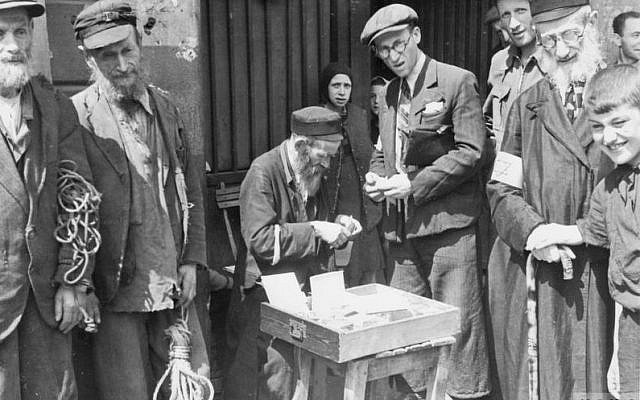 Illustrative: An armband seller in the Nazi-created Warsaw Ghetto, which was in existence from 1940 until the summer of 1943. (public domain)

Each Jewish policeman’s uniform consisted of a cap, badge and numbered armband. They wielded a baton — Jewish police in Warsaw and other ghettos were generally forbidden from carrying any other weapons.

Although the top brass sported shiny uniforms and rode in rickshaws, the rank and file lacked regular pay and their waistlines shrank from the same hunger that wracked the rest of the overcrowded, disease-ridden ghetto. Their boots developed holes from frequent foot patrols on rubbish-strewn streets, although some members got to ride bicycles.

“Corruption was really part of its function,” Person said. “They didn’t issue any wages for a long period of time. They didn’t [do it] for people [on the low rung].” 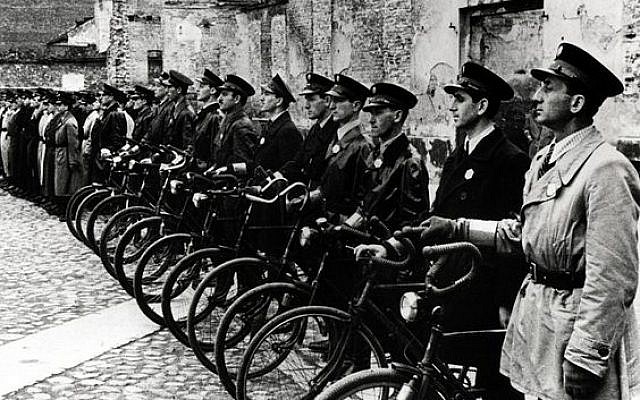 Illustrative: In the Warsaw Ghetto of occupied Poland during World War II, Nazi authorities appointed a Jewish police force to maintain order and carry out their orders. (public domain)

Yet, she added, there were perks: “They had access to certain privileges — soup kitchens, medical health, influencing merchants to get things in the ghetto. From the beginning, [Jewish Order Service chief] Szmerynski struggled [with fighting this corruption]. He had no way of combating it. They were taking bribes. It was how they survived.”

They were taking bribes. It was how they survived

The Jewish police were initially charged with such tasks as monitoring traffic and enforcing preventative measures against infectious diseases such as typhus and tuberculosis. A more serious issue arose when they were ordered to round up fellow Jews to send to forced labor camps — a Nazi euphemism.

“They were basically places of torture from which people could be extremely destroyed physically and emotionally,” Person said. “The family [of a deportee] back in Warsaw had no way of supporting itself.” 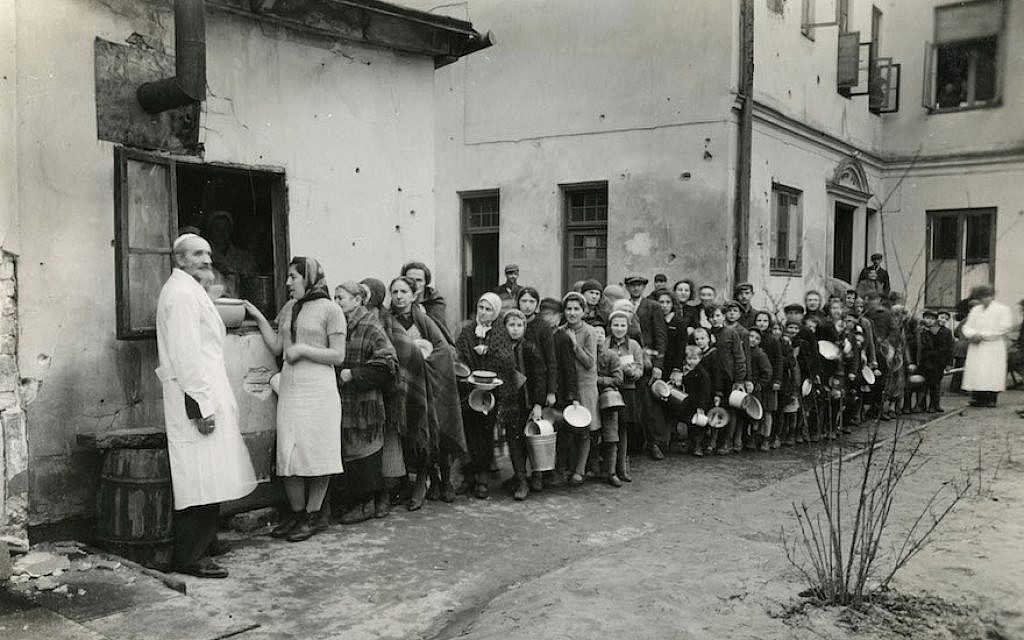 An even worse existential threat began in the spring of 1942 with the establishment of Nazi death camps such as Treblinka — and daily quotas for deportation there that Jewish policemen had to meet.

“In Warsaw, as in other ghettos, the Jewish police played a part in deportations,” Person said. “Members of the Jewish Order Service tried to round up people, bring them to the place where most people were taken to the death camp.”

Of the quotas, she said, “It really became a choice between the life of their family and child and somebody else’s child. There was no way out.”

She said that “we know of many people [who got] their families out of the ghetto, then resigned.” 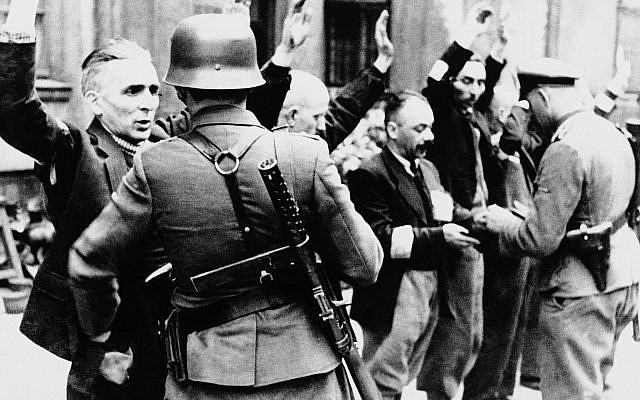 The book states that because the Jewish Order Service assisted in the deportations, it took pressure off the German authorities.

Person said that some Jewish voices from the ghetto maintained that the deportations would not have happened if the Order Service had refused to participate. She said this is “not true.” 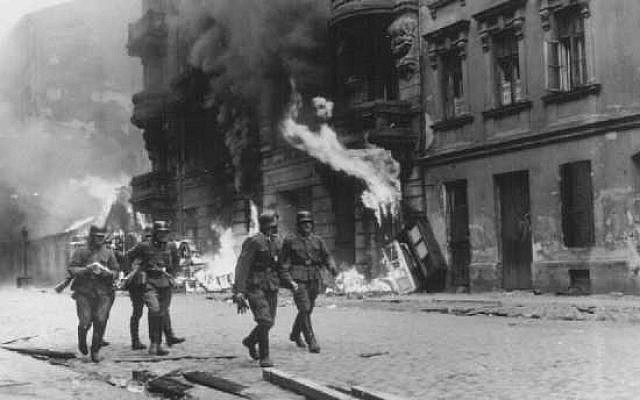 In the heat of battle during the Warsaw Ghetto Uprising. (Courtesy of the USHMM)

The demise of the ghetto began in 1943 with the Warsaw Ghetto Uprising. There was actually a smaller uprising that took place in January, months before the second, more famous one broke out in April of that year. By then, attacks on Jewish police had been ongoing for almost a year as the Jewish underground gained strength. 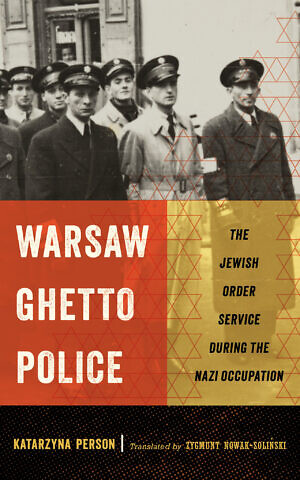 Some policemen survived the end of the ghetto, serving as guards in the “workshops” that replaced it. However, this often proved to be a temporary reprieve, as was the case with Judenrat members.

Some policemen escaped the ghetto. But after the war, many could not escape coreligionists who had documented their actions and brought them before Jewish honor courts. Internal communal trials were conducted in Poland before the phenomenon spread to Austria, Germany and even, in the 1950s, the newly independent State of Israel.

“[In] basically all of Europe,” Person said, “it became a place of… searching for justice against people who were complicit,” including not only ex-policemen but former Judenrat members.

Person noted that “there is a lot of scholarly attention nowadays to the postwar trials.”

As for her book, “I’m very happy it’s being quite widely read,” she said. “Hopefully it will lead to a bit more complex picture… It really is my aim [to present] the complexity of such choices, as multidimensional a perspective of these people as possible.”