Robert Tanen bought his wife Meredith a necklace for her last birthday. He hoped she would like it, but when she opened the box, her emotional response surpassed anything Tanen had imagined.

“My wife broke down in tears and hugged me tighter than ever before. She had a very visceral and powerful reaction when she saw what was inside,” Tanen said.

What she saw was a platinum chain with a disc pendant engraved with a series of digits: 94980. It was her late grandfather Abraham Stein’s Holocaust number, the one assigned to him by the Nazis.

“Meredith wears the necklace every day. She was very close with her grandfather,” said Tanen, who lives in Boynton Beach, Florida and is Southeast regional director for the United States Holocaust Memorial Museum. 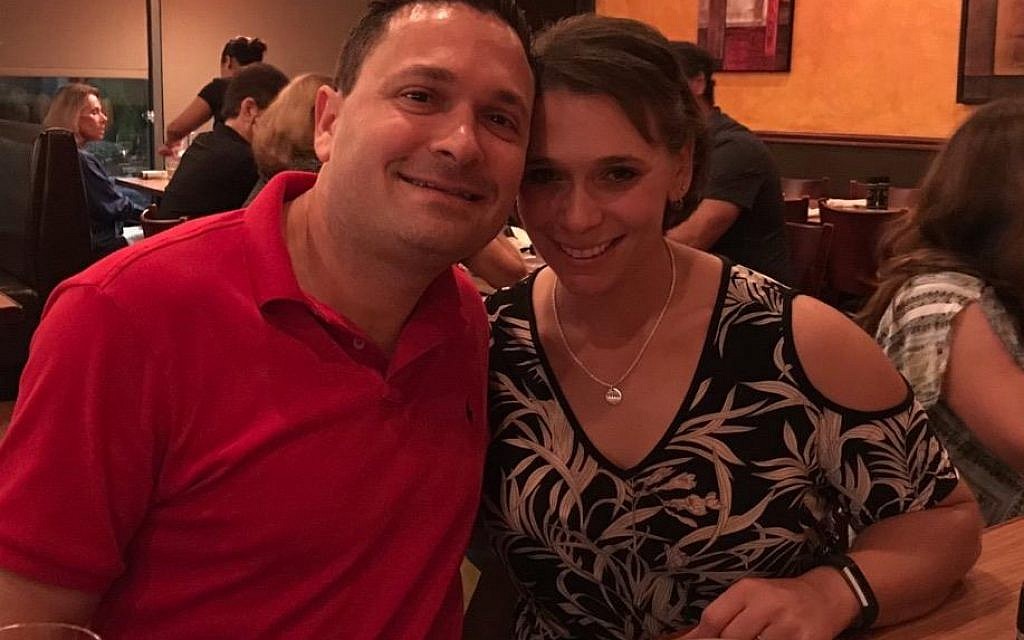 Robert and Meredith Tanen. Meredith wears the Jakob Ella necklace with her grandfather’s Holocaust number given to her by Robert. (Courtesy)

The necklace is part of a collection of Holocaust remembrance jewelry by Jakob Ella Jewelry, a company founded in 2017 by Dana Rogozinski, the Jacksonville, Florida-based granddaughter of Holocaust survivors. A portion of the proceeds of every purchase from the company is donated toward Holocaust education and scholarships for Poland trips for students. 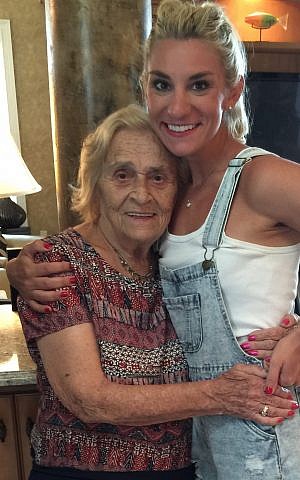 The idea for necklaces, bracelets and cuff links featuring numbers that were tattooed into the forearms of Nazi concentration camp inmates came to Rogozinski while working at a start-up in Beersheva, Israel, for a year and missing her grandmother, Ella Lucak Rogozinski. The nonagenarian was back in Florida and suffering from dementia.

“I couldn’t see my Nana Ella every day when I was in Israel and I really missed her. I wanted a way to feel like she was with me all the time,” Rogozinski said.

Rogozinski, 28, thought about how after a long post-war silence, her grandmother had more recently begun sharing her Holocaust testimony. She always showed the tattoo on her arm, using it as a conversation starter as she spoke with individuals or groups.

“I was aware of the phenomenon of people getting tattooed with their Holocaust survivor parent or grandparent’s number as a way of honoring them and perpetuating the memory of the Holocaust, but that wasn’t for me,” Rogozinski said.

It’s also not something many other Jews are keen on, given that the Nazis sought to dehumanize Jews by tattooing them, and due to prohibitions against tattooing in the Jewish tradition.

She decided a more fitting way to honor her grandmother and her legacy was to fashion jewelry with her number: Her grandmother had worked in a Jacksonville jewelry store for 50 years after arriving in the US in 1959. 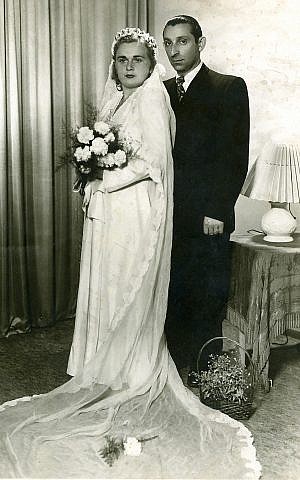 Ella Lucak and Jakob Rogozinski at their wedding in 1949. (Courtesy of Dana Rogozinski)

Completely self-taught, Ella Rogozinski talked her way into a career of designing, making and repairing jewelry. Initially a cleaner at the store, she convinced the owner to allow her to try to fix a broken strand of pearls that no one else had been able to.

“She made a deal with them that if she did a good job on the pearls, they would give her a job dealing with the jewelry. She fixed the pearls,” Rogozinski said.

The first numbers Rogizinski used in designing her jewelry were those of her grandmother (A5674) and her grandfather Jakob Rogozinski (56512), who died in 1994 when the designer was very young. She named the company for the two of them.

Jakob and Ella Rogozinski married within two weeks of meeting in a Displaced Persons camp in Germany in 1949. Jakob was born in Sieradz, Poland (near Lodz) in 1916. During the war, he initially served  in the Polish army before being sent to Auschwitz. He was eventually liberated at the end of the war from a subcamp of the Gross-Rosen concentration camp.

Ella, who was born in Svalava, Czechoslovakia in 1927, was deported to the Budapest Ghetto, and from there to Auschwitz. Toward the end of the war, she was forced on a death march to Bergen-Belsen, where she was liberated on May 4, 1944. She survived the war together with two older sisters. 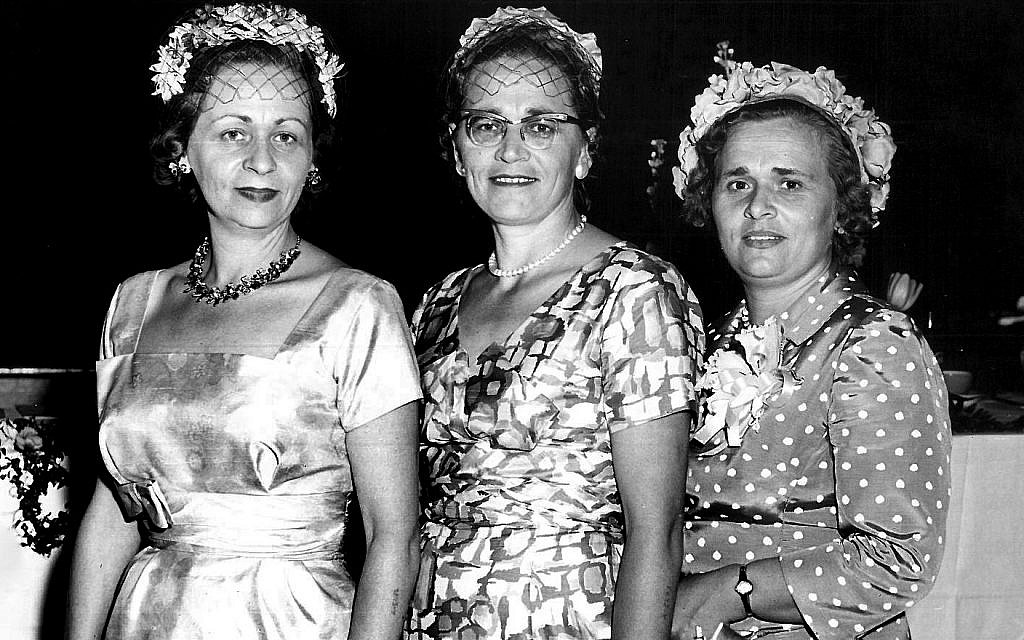 Ella, her sisters and an aunt were the only survivors of the Lucak family. Only Jakob and one of his brothers survived. The couple, who lost 75 relatives between them, immigrated to Israel in 1949, where they lived until 1959, when they joined Ella’s sisters and their families in Jacksonville. The sisters remained very close, raising their families within one square mile of one another. 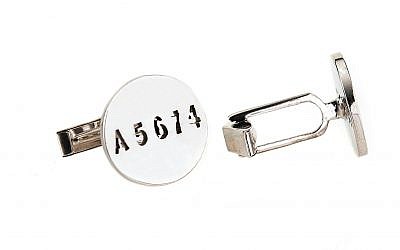 Jakob Ella pieces, which are manufactured in California, don’t only feature Holocaust numbers. One bracelet has an inverted enamel-covered triangle that can be ordered in different colors. The inverted triangle was part of a concentration camp prisoner identification system used by the Nazis. Yellow was for Jews, red for political prisoners, blue for foreign forced laborers, purple for Jehovah’s Witnesses, and pink for homosexuals.

There is also a bracelet with an upside down “B” identical to the one in the infamous “Arbeit Macht Frei” sign above the gates to Auschwitz. When ordered by the SS to make the sign, the prisoners — in an act of defiance — flipped the letter. 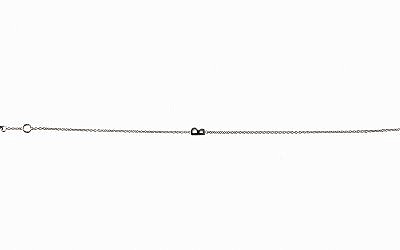 Rogozinski declined to discuss revenues or sales volume, but she shared that the upside down B bracelets are big sellers, as are pieces customized with specific Holocaust numbers.

Some customers already know the number they want on the jewelry — either from a loved one’s tattoo, or through research. Tanen, for example, learned his wife’s grandfather’s number (which had not been tattooed on him) by connecting his mother-in-law with United States Holocaust Memorial Museum researchers who shared with her documents from the International Tracing Service (a massive archive in Germany containing a staggering amount of Nazi-created material on their victims, most of it collected by Allied forces as they liberated Europe, beginning in 1943.) 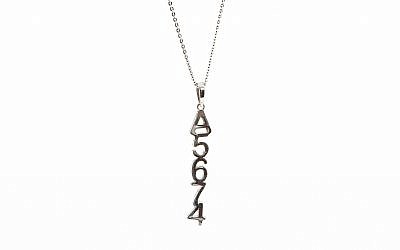 However, it should not be assumed that everyone buying this jewelry (priced between $55 and $2,000) has a family connection to the Holocaust, or is even Jewish.

Idan Nashnaz, 28, an electrical engineer from Beersheva bought one of Rogozinki’s necklaces after seeing a post about Jakob Ella on Facebook. He  asked Rogozinski to choose a Holocaust victim’s number for him. 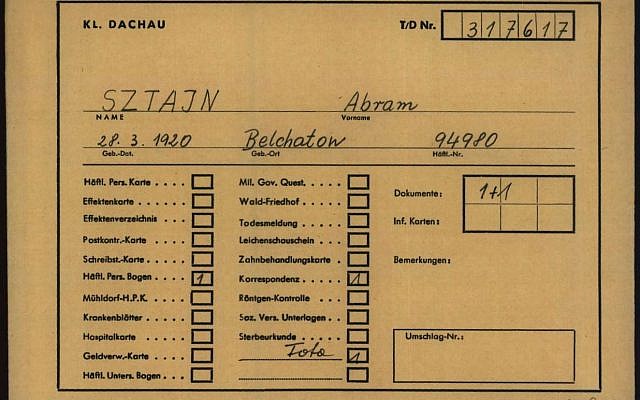 “My family is Persian. We have no relatives who were directly involved in the Holocaust. But as a Jew growing up in Israel, the Holocaust is with you all the time — from kindergarten to the army,” he said.

As she does for each piece, Rogozinski conducted research for Nashnaz’s necklace using available resources from USHMM, Yad Vashem and the Shoah Foundation, preparing a “legacy card” she places in the box with the jewelry.

“Dana shared the story of the man who had this number and died in Treblinka, but I chose not to know his name. The story is more important, and I tell it to the many people who notice the necklace and ask me about it,” Nashnaz said.

Kevin Lewis, 55, from Houston, Texas proudly wears his cuff links with Jakob Rogozinski’s tattoo number with his French cuff shirts. Lewis, who works in corporate security, happened to be standing in line behind Rogozinski at the entrance to USHMM on a visit to Washington, DC and noticed her distinctive necklace.

“When she told me what the numbers were and about her company, I thought it was the most remarkable idea. I had to be part of it,” said Lewis, who is not Jewish. 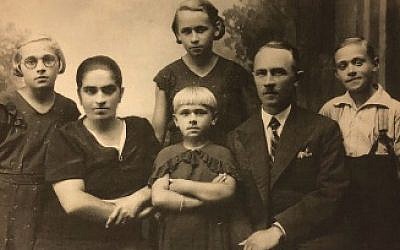 “Every time I wear the cuff links, no matter where I am, people comment on them and I tell them the story behind them,” he said.

This was exactly Rogozinski’s intent when she started Jakob Ella at this time when the number of remaining Holocaust survivors is dwindling.

“I wanted the jewelry to spark conversations to ensure that the Holocaust will be remembered and not denied. It’s a way of teaching to ensure it never happens again,” she said.

Rogozinski admitted that critics may find her jewelry morbid, but insisted they are missing the point. 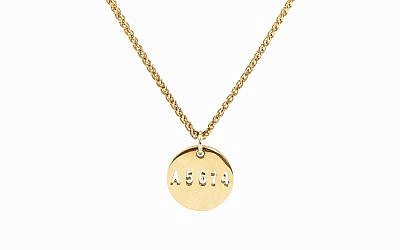 When she looks at the number, she sees not only what took place during the war,  but also what happened before and after it. It’s the memory of people’s lives before the Nazis and their atrocities, and the survivors’ resilience in building new lives after such great loss.

Like all survivors, Rogozinski’s grandmother will die, and her tattoo will be buried along with her. However, her number will survive as a piece of jewelry to be passed down as a family heirloom.

Rogozinski loves her Nana Ella so much that she named her company after her, but she believes it is her number that will best perpetuate her story.

“A name necklace would not spark as many — or the kinds of — conversations that need to happen,” Rogozinski said.