A book based on the recently closed international investigation into who betrayed Anne Frank to the Nazis has been called “downright ridiculous and reprehensible” by Holocaust historians in the Netherlands.

Published this week, author Rosemary Sullivan’s “The Betrayal of Anne Frank: A Cold Case Investigation” follows investigators who used artificial intelligence to determine who betrayed the Jewish diarist’s so-called “secret annex,” where she and her family hid from the Nazis. Since Frank perished in 1945, numerous investigations, documentaries and books have attempted to solve that mystery.

Based on an anonymous letter sent to Otto Frank, the book’s Cold Case Team determined that Arnold van den Bergh — a notary and member of the Nazi-appointed Jewish Council — gave addresses of Jews in hiding to the Germans in exchange for freedom. Among those addresses, claim investigators, was Otto Frank’s office building, where the concealed rooms were located.

“Big conclusions demand big proof,” historian Johannes Houwink ten Cate told The Times of Israel. “I cannot believe that a member of the Jewish Council traded addresses for freedom. After the Council was abolished, its members were sent to camps, if they did not go into hiding.”

As professor emeritus of Holocaust studies at the University of Amsterdam, Houwink ten Cate spent decades researching the city under German occupation. According to the scholar, Van den Bergh was in hiding throughout most of 1944, including during the raid on the secret annex in early August.

“Van den Bergh’s special status [of being protected as a council member and otherwise] had been withdrawn by the Nazis,” said Houwink ten Cate. “If he had betrayed the Frank family, he had to come out into the open, and that exactly was what he was trying to prevent.” 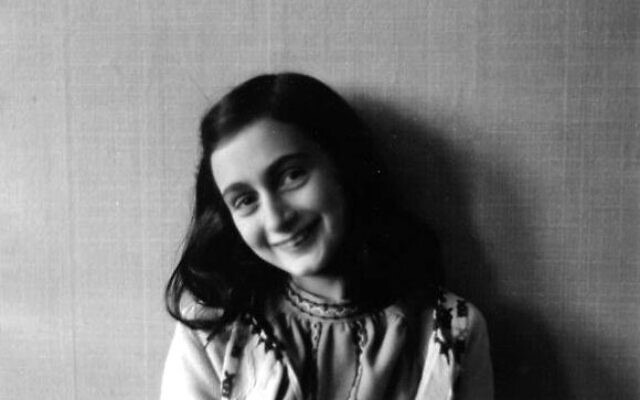 Led by retired FBI investigator Vincent Pankoke, the Cold Case Team hired four dozen core members and consultants for the lengthy investigation. Also engaged in the project were dozens of advisers, data scientists, crime experts, and other specialists, many of them named and thanked in the book’s 99 pages of acknowledgments and notes.

Sullivan’s tome largely rehashes the most provocative content from previous Anne Frank books, with an eye toward “clues” about who might have betrayed the Jews in hiding. Only on page 228 of the 298-page narrative does she introduce the Cold Case Team’s shocking “discovery:” that Van den Bergh betrayed Anne Frank.

During and after the war, the Jewish Council was heavily criticized for “collaborating” with the Nazis. Some of its members — including Van den Bergh, who died in 1950 — were put on trial after the Holocaust. However, said Houwink ten Cate, it has never been demonstrated that the council possessed lists of Jewish hiding places.

“There have been quite a large number of allegations against the Jewish Council, but that they kept lists of addresses of Jews who had gone into hiding was not among these allegations,” said Houwink ten Cate, who is also a senior researcher at the Dutch State Institute for War Documentation.

“The researchers fail to explain how exactly Van den Bergh saw these alleged lists and whether the address of the Frank family was on such a list,” said Houwink ten Cate. “So, there are in fact many loose ends. The statement of the researchers that they are 85 percent certain is an exaggeration and strange, at best.”

For her part, Sullivan made several admissions that the Cold Case Team’s findings — and by extension, her book — might disturb people. A particularly thorny issue, wrote Sullivan, was the prospect of the investigation’s conclusions reinforcing negative stereotypes of Jews as self-serving and devious. 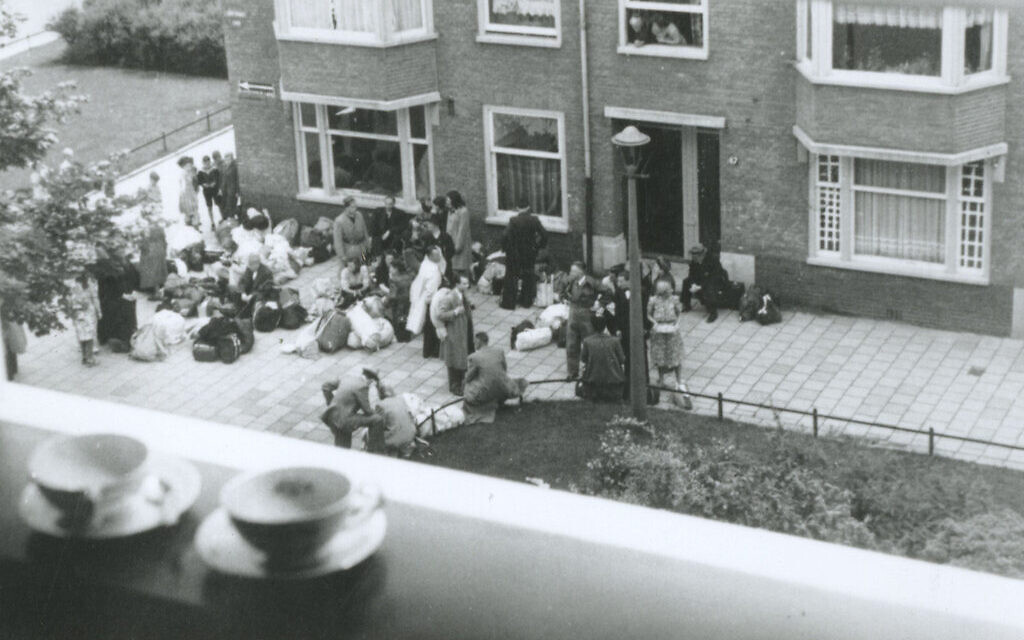 “Everyone knew how powerful — and upsetting — their conclusions would be; they’re braced for the world’s reaction,” wrote Sullivan, referring to the Cold Case Team.

“The fact that a respected Dutch Jew had likely passed addresses to the [Germans], that someone not all that dissimilar from Otto Frank himself had been the betrayer… it is shocking,” wrote Sullivan.

‘Not proven, known, or shown’

All of the Dutch historians interviewed by The Times of Israel expressed disappointment that resources were used on an investigation that produced “rubbish,” as one researcher put it.

“Above all, the book is full of terms such as ‘most likely,’ ‘most certainly,’ and ‘it is plausible that,’ yet in the end the findings are presented as some kind of truth,” said Laurien Vastenhout, a researcher and lecturer at the National Institute for War, Holocaust and Genocide Studies.

“Luckily, by now, some more critical remarks have been voiced,” Vastenhout said. 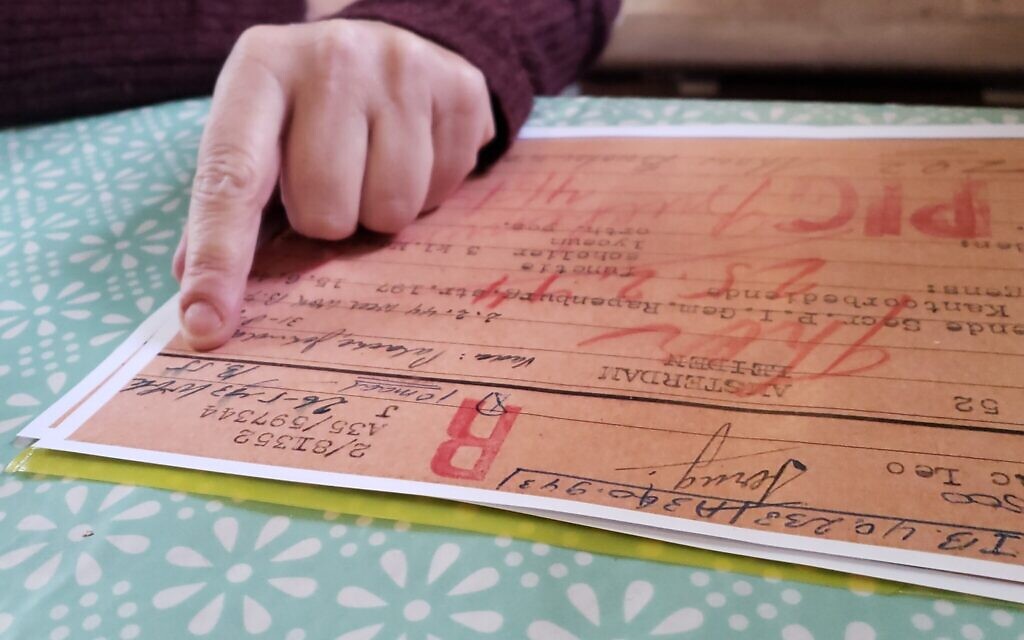 “The very notion that the Jewish Council had lists of hiding addresses is not proven, known, or shown,” said Gringold, who is the Dutch National Holocaust Museum’s curator.

“All experts I heard until now confirm this is not true,” Gringold said. “[Implicating Arnold Van den Bergh] is taking it even one step further.” 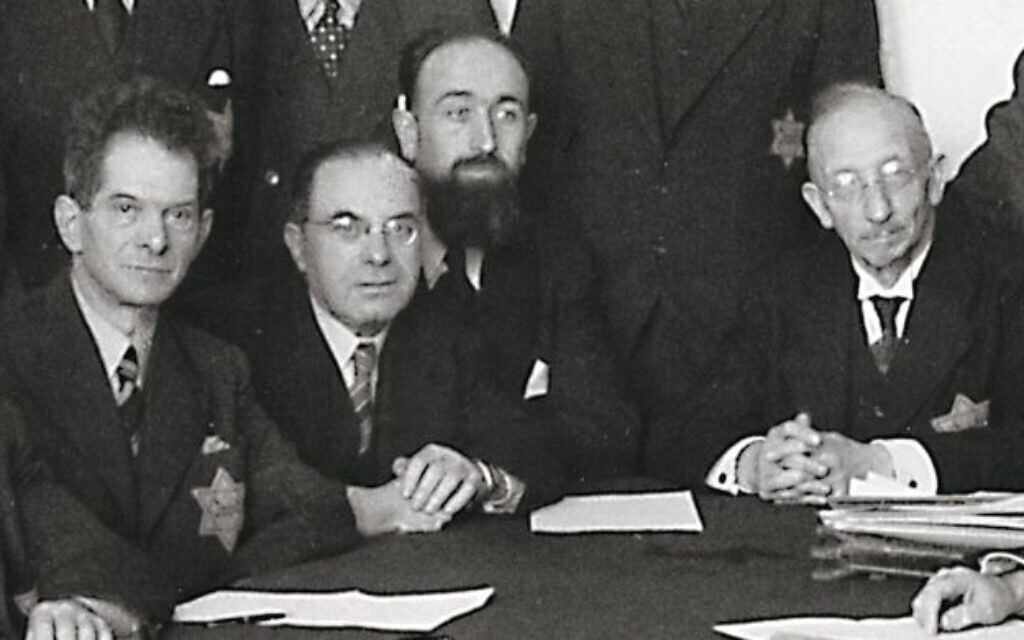 In general, said Dutch scholars, “common sense” should be applied when considering whether or not the Jewish Council would have maintained lists of Jewish hiding places while under Nazi occupation.

“It seems implausible that people would provide information on their hiding places, or those of their families, to the Jewish Council, as its chairmen openly followed a legal approach of cooperation with the Germans,” said Vastenhout.

“Also, the council was closely scrutinized by the German authorities — it would have been very risky to keep such lists,” said Vastenhout, author of a forthcoming book on the Jewish Councils of Western Europe during the Holocaust. 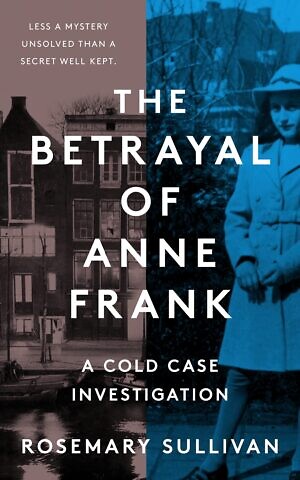 ‘The Betrayal of Anne Frank’ (courtesy)

According to Bart van der Boom of Leiden University, the premise of Amsterdam’s Jewish Council having lists of hiding places “makes no sense and is not supported by any serious evidence.”

“My students would not get away with this,” said Van der Boom, whose book about the Amsterdam Jewish Council will be published in April.

In general, “The Betrayal of Anne Frank” does nothing to clear up mistruths surrounding the Jewish Council’s activities, including the myth that the council — and not German authorities — determined which Jews were deported to death camps.

“This is problematic because the Jewish Council is an organization around which so many misconceptions already exist,” said Vastenhout. “The investigative team should have been very careful in dealing with this topic. At least, they could have approached a historian who has dealt with the topic and with the archives. They failed to do so,” said Vastenhout.

“A more careful and reserved approach — without being so secretive about the findings beforehand, and without the whole marketing campaign surrounding the announcement of these findings — would have been more appropriate,” said Vastenhout. 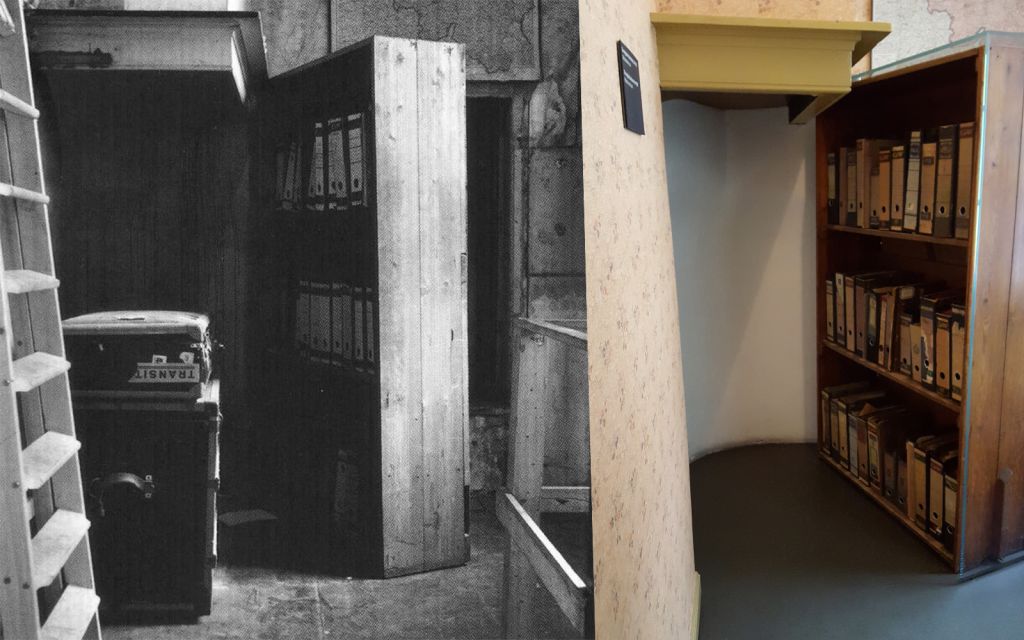 The swinging bookcase (1950s, left) in the Anne Frank House of Amsterdam, the Netherlands, behind which Anne Frank and seven other Jews hid from the Nazis (Matt Lebovic/The Times of Israel)

Van der Boom said the book and investigation demonstrate “how unrealistic and cynical the common view of the Jewish Council is. Dutch newspapers initially reported the entire [investigation] story uncritically; apparently they did not consider [the investigation findings] implausible,” he said.

The Cold Case Team’s conclusion that the Jewish Council possessed lists of Jewish hiding places was based on an anonymous postwar letter sent to Otto Frank. In that note, Van den Bergh was identified as the betrayer of the annex.

“The anonymous note is in fact the only real evidence,” said Van der Boom. “Its existence and content were already known and published about in 2003, but the Cold Case Team deserves credit for finding a copy and ascertaining that it was made by Otto Frank.”

Despite crediting the Cold Case Team with tracking down the letter, Van der Boom took issue with the document being used as “proof” the Jewish Council possessed lists of hiding places. 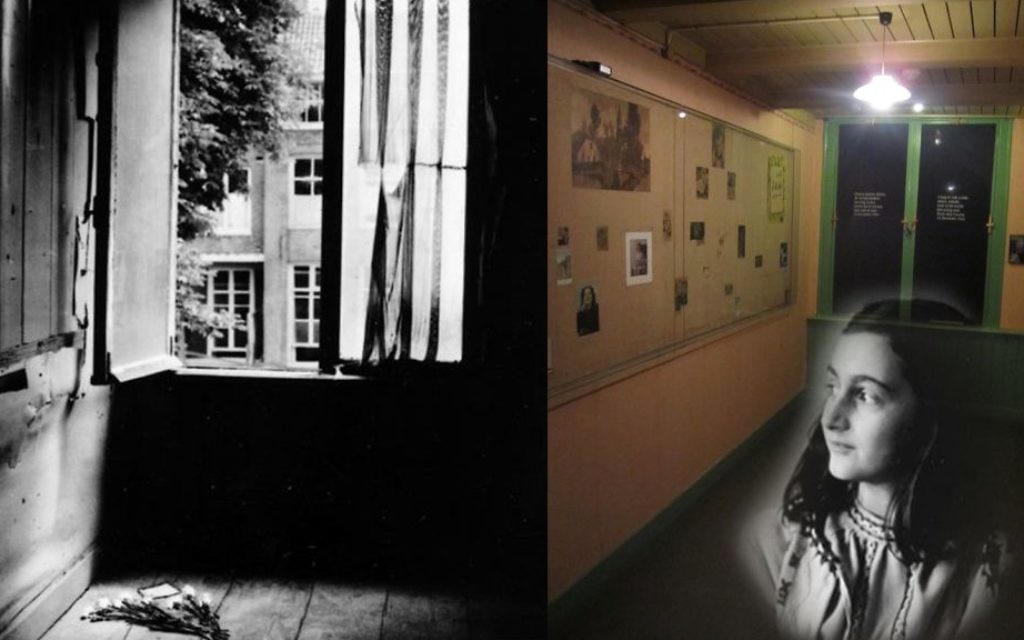 “The note only proves that shortly after the war, someone believed, or wanted Otto Frank to believe, that Van den Bergh had been the traitor,” said Van der Boom.

By all accounts, the postwar period in the Netherlands was rife with acrimony and people settling all kinds of vendettas. This atmosphere must be considered when pointing to the note as “proof” that Van den Bergh was the betrayer, said historians.

“As long as we do not know who wrote the note, there is no way of knowing how trustworthy he is,” said Van der Boom. “That is a very serious accusation for which the book provides virtually no evidence.”

Added Vastenhout, “The researchers have not been able to identify who sent the notice to Otto Frank, nor what his/her motives were. Van den Bergh was a prominent Jew, also in postwar Jewish society, and taken into consideration that he had worked for the Jewish Council, someone might have wanted to show him in a bad light.” 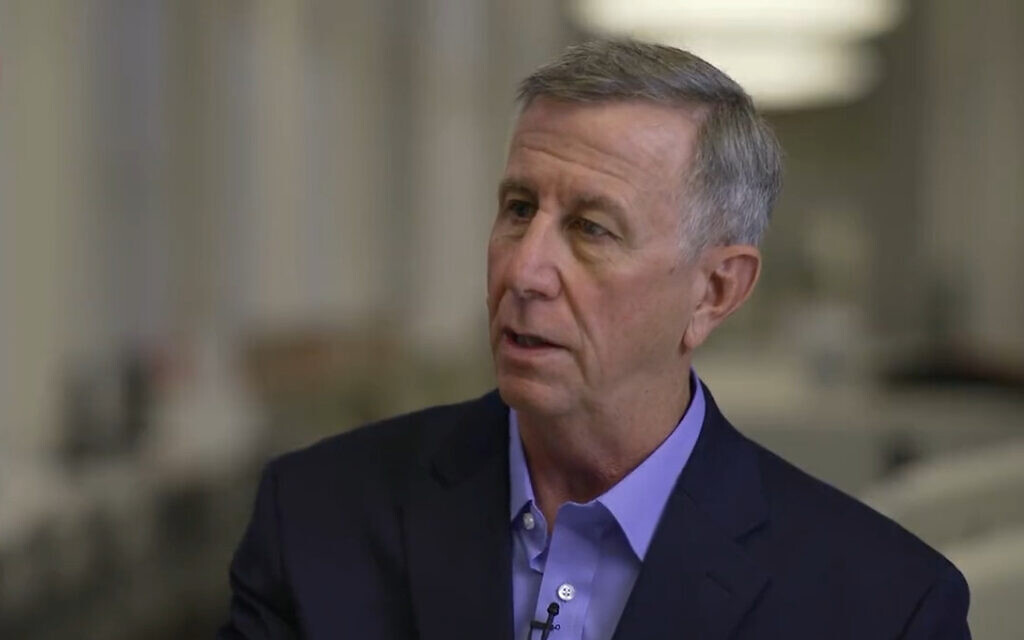 Overall, Van der Boom said he found the conclusions at the heart of “The Betrayal of Anne Frank” to be “downright ridiculous and reprehensible.”

“Perhaps all this will blow over once it’s established that this book proves nothing. But considering the very extensive media coverage — including a spot on ’60 Minutes’ — the damage might already have been done,” said Van der Boom. “Anne Frank, the worldwide symbol of innocence, was betrayed by a Jew.”

Historian Ad van Liempt, an expert on Holocaust-era Dutch “bounty hunters” who captured Jews in hiding, said the investigation was a missed opportunity.

“It is my impression that these [other Dutch] historians are right, in that the researchers of the Cold Case Team seem to have jumped to conclusions to make their research a success, historically and commercially,” said Van Liempt, whose articles on Dutch collaborators were cited in the book.

“[The investigation] was a pity,” said Van Liempt. “This was the best chance ever to find out who was responsible for the betrayal of the eight people in hiding on Prinsengracht 263, Amsterdam. They didn’t succeed, I am afraid.” 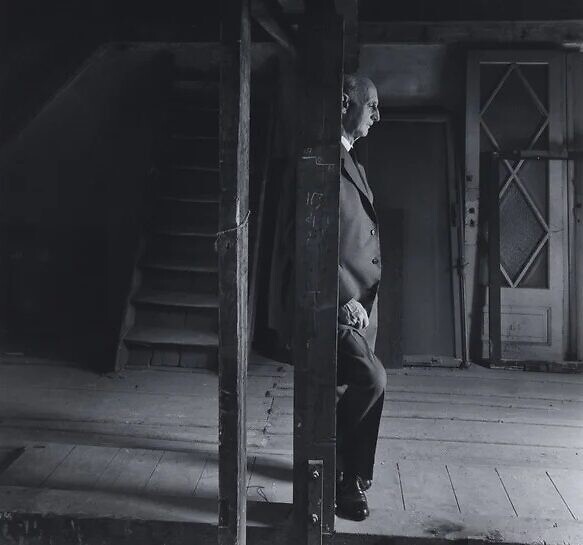 In the end, the Cold Case Team’s use of artificial intelligence and metadata had little to do with why Van den Bergh was labeled as the top suspect, said Vastenhout.

“It is not entirely clear how these high-tech tools played a role in their eventual findings,” said Vastenhout. “The evidence that is provided is very shaky.”

Most scholars doubt the possibility that Anne Frank’s betrayer — if there was one — will ever be identified.

“For their own reasons, the Nazis destroyed 95% of their archives relating to the persecution of the Jews, so the one who did the betrayal took the secret with him to his or her grave,” said Houwink ten Cate. “If there had even been a betrayal, that is. The Frank family was taking so many risks, so the arrest also may have been the result of lack of caution.” 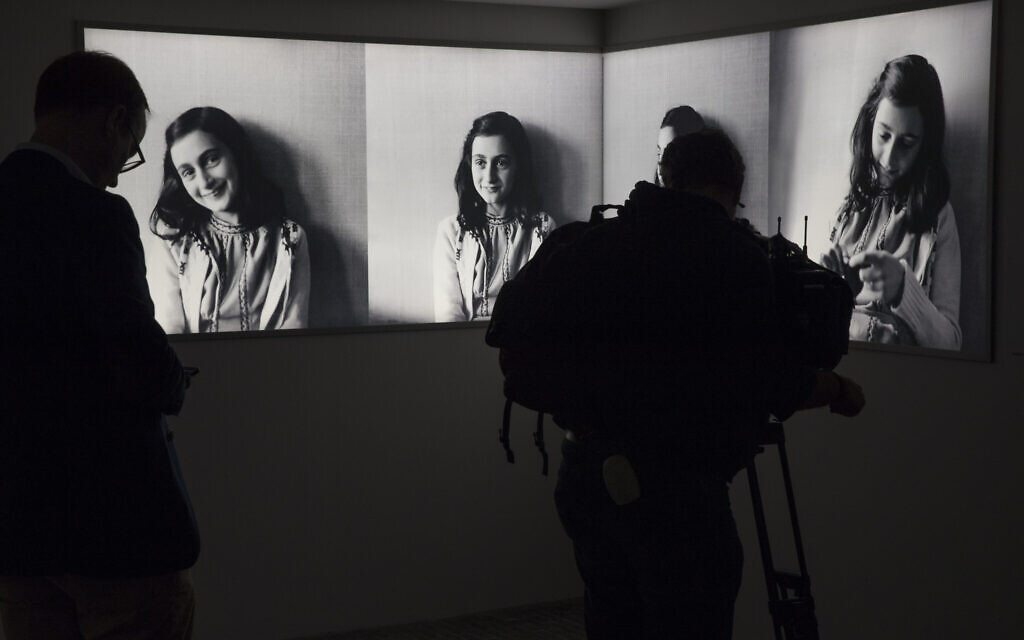