When Jewish fighters in Nazi-built ghettos were looking for inspiration to resist deportation to the death camps, they turned to a fact-based novel about the Armenian genocide.

Written by Prague-born Franz Werfel, “The Forty Days of Musa Dagh” was tailor-made for the plight of aspiring resisters. The novel, published in 1933, fictionalized the siege of Musa Dagh — Turkish for “Mount Moses ” — where 250 Armenian fighters held off Ottoman-Turkish forces for nearly two months in 1915.

Since then, Turkey’s government has denied a genocide took place during World War I. This week, United States President Joe Biden officially recognized the murder of up to 1,500,000 Armenians by Ottoman-Turkish forces as a genocide. Israel has continued to stop short of recognition.

Although Armenian fighters held out at Musa Dagh for 53 days, Werfel made the siege last 40 days to resonate with the Old Testament. The German-language novel brought the Armenian genocide to the attention of millions of people around the world, in turn helping to raise significant funds for the refugees.

“To be an Armenian is an impossibility,” according to an old Armenian saying included by Werfel in “Musa Dagh.” 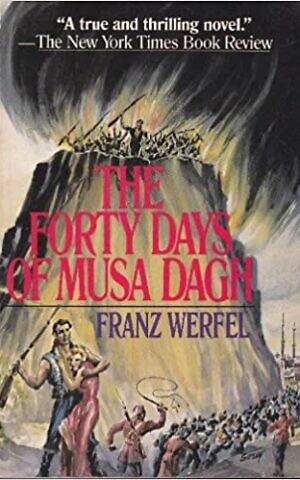 ‘The Forty Day of Musa Dagh,’ first published in German in 1933 (public domain)

Six years after the novel was published, Nazi Germany started to conquer Europe. Almost instantly, copies of “The Forty Days of Musa Dagh” spread like wildfire among young adults, some of whom found themselves in circumstances similar to those faced by Armenians during the previous war.

Under the cloak of the first global war, the Ottoman military carried out numerous massacres of Armenians beginning in 1915. In addition to open-air slaughters, thousands of Armenians were placed on boats that were sunk in the Black Sea.

The first death marches to be filmed and photographed were of Ottoman forces driving Armenian civilians toward the Syrian desert of Deir Zor. The elderly and infirm who could not keep up were shot. Thousands of people were pushed over cliffs, and children were regularly kidnapped by hostile tribes.

Decades after the massacres, for ghetto-imprisoned Jews, the Armenian atrocities resonated with accounts coming from Jewish communities in eastern Europe. As the novel was devoured in dozens of ghettos, thousands of Jews determined to take matters into their own hands when the time was right.

‘We compared their fate to ours’

In the Warsaw ghetto, “The Forty Days of Musa Dagh” was the most popular book in circulation. When Jewish resisters decided to fight back in the Bialystok ghetto, they spoke of the ghetto’s “Musa Dagh” moment at the planning meeting.

“Only one thing remains for us: to organize collective resistance in the ghetto, at any cost; to consider the ghetto our ‘Musa Dagh’ — to write a proud chapter of Jewish Bialystok and our movement into history,” wrote Mordechai Tannenbaum. “If you read [Werfel’s book], you will remember it for the rest of your life,” said Tannenbaum. 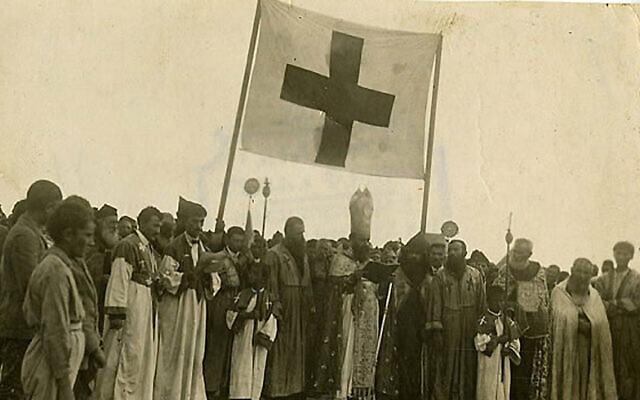 For Tannenbaum and other fans of “Musa Dagh,” it was not difficult to empathize with the historical experience of Armenians. For centuries, Christian-practicing Armenians were persecuted by their “host country” — the Ottoman-Turkish Empire — and barred from civil and military service.

When some Armenians agitated for equal rights at the end of the 19th century, thousands of civilians were murdered in response. Not dissimilar to the Jewish experience in Europe, Armenians were long seen as a “fifth column” in the event of war, which became the authorities’ “justification” for genocide.

In Lithuania’s Vilna ghetto, “The Forty Days of Musa Dagh” was the most popular book in circulation, reported librarian Herman Kruk. Jewish resisters attempting to flee the ghetto to join partisan units “passed the book from hand to hand,” according to reports. 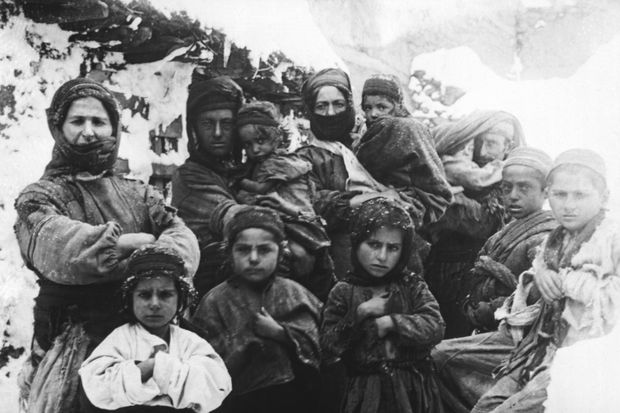 Writing from her ghetto about the popularity of the novel, resistance fighter Haika Grosman wrote the massacre of Armenians “in full view of the entire world reminded us of our fate.”

“The Armenians were starved to death, shot, drowned, tortured to exhaustion,” wrote Grosman. “We compared their fate to ours, the indifference of the world to their plight, and the complete abandonment of the poor people into the hands of a barbarous, tyrannical regime.”

Throughout eastern Europe, Jewish resisters used the term “to organize a Musa Dagh.” Warsaw ghetto historian Emanuel Ringelblum wondered on paper, “What, the world will ask, did people think of on Musa Dagh?” As far west as the Netherlands, accounts from the Dutch “underground” pointed to the novel’s tremendous popularity among resisters to Nazism everywhere. 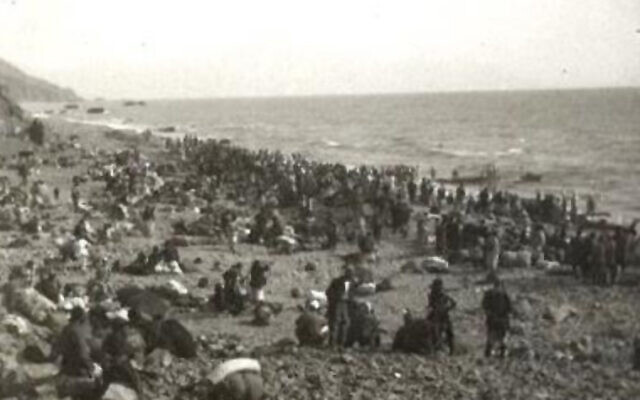 About 4,200 Armenians were rescued from Musa Dagh by the French Navy in 1915 (public domain)

Poignantly, Warsaw ghetto orphanage director Janusz Korczak spoke with his staff about the book in 1941, including a chapter where a pastor abandons his children to save himself. Vowing never to abandon his charges, Korczak kept his promise when he turned down offers to hide in Aryan Warsaw, instead accompanying his children to the death camp Treblinka.

Similar to the Holocaust’s Warsaw Ghetto Revolt, the plight of Armenians made headlines around the world in almost live-time. The New York Times, for example, ran 145 articles on the slaughter in 1915, and US president Teddy Roosevelt called the Armenian genocide “the greatest crime of the war.”

Although he served as a corporal in the Austrian-Hungarian Army during World War I, Werfel learned even more about wartime persecution during a tour of the Mideast in 1930. Some of the accounts Werfel heard made their way into “Musa Dagh,” including the “banality” of bureaucrats tasked with carrying out genocide. 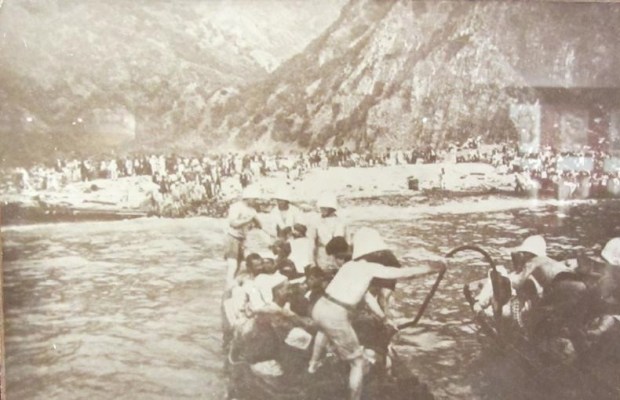 “The struggle of 5,000 people on Musa Dagh had so fascinated me that I wished to aid the Armenian people by writing about it and bringing it to the world,” said Werfel, who continually revised his book until publication, in part to evoke the emerging Nazi threat.

Jews trapped in the ghettos of Nazi-occupied Europe were not the only ones deriving inspiration from “The Forty Days of Musa Dagh.”

In pre-state Israel, Jewish leaders were actively preparing for the prospect of a German invasion. The defense plan called for creating a Masada-like fortress atop Mount Carmel, where Jewish fighters could retreat for a “last stand” against German forces.

Although the plan is largely remembered as “The Masada Plan” or “The Carmel Plan,” it was also referred to as the “Musa Dagh Plan.” For months, the area around Haifa was stocked with weapons and supplies to hold out against a German siege, while fortifications were erected.

Armenians are marched to a nearby prison in Mezireh by armed Ottoman-Turkish soldiers, 1915. (public domain)

“[We will] turn Carmel into the Musa Dagh of Palestinian Jewry,” said Meri Batz, one of the plan’s organizers who had read Werfel’s novel. “We put our faith in the power of the Jewish ‘Musa Dagh’ and were determined to hold out for at least three to four months,” said Batz.

The Ottoman-Turkish attack on Musa Dagh did not end like Masada, however: French naval ships managed to evacuate 4,200 Armenians to Egypt. During the 53-day stand-off on the mountain and its foothills, 18 Armenian fighters had been killed.

According to historians, parts of the novel were eerily prophetic with regard to the looming Holocaust. For example, “concentration camps” are depicted with smoke arising from the forest. 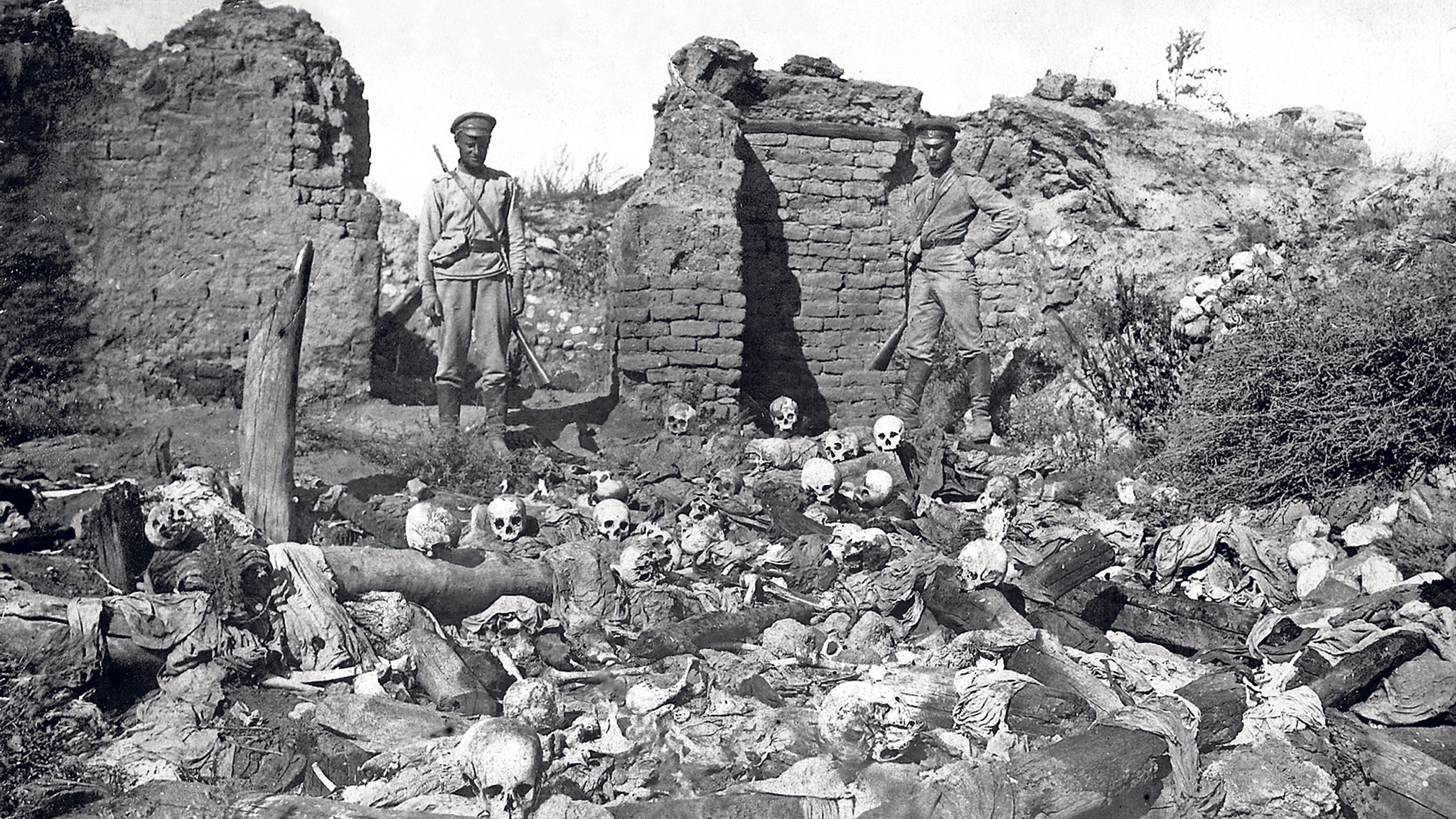 Aftermath of a massacre during the Armenian genocide (public domain)

“The reader of this extraordinary novel will find it difficult to believe that the book was written before the Holocaust,” wrote historian Yair Auron, who is critical of the Israeli government’s refusal to recognize the Armenian genocide.

“In hindsight, the book appears an almost uncanny adumbration of aspects of the later Nazi Holocaust in which the Jews of Europe perished,” wrote Auron.