MOLDOVA — Among the staggering number of Israelis who have dropped everything to go volunteer with refugees fleeing Ukraine to Moldova are a clutch of funny-looking people with odd costumes and big red noses who blow bubbles, use squeaky hammers and hug a lot.

There are only four of them at any one time, but their effect seems disproportionate to their numbers, as they light up the faces of exhausted women, children, and elderly men, many of whom have been on the road for days.

These are professional medical clowns from the Dream Doctors project, who in normal times work as an integral part of medical teams in more than 30 hospitals across Israel.

Two groups have visited Moldova so far, the first in response to a call of Moldovan Chief Rabbi Pinchas Saltzman for doctors, the second at the invitation of a delegation of doctors, nurses, social workers, and a psychologist who know the clowns’ work and volunteer for an organization called For Their Sake: Physicians for Holocaust Survivors.

This week, another four clowns are due to leave Israel, with one pair going to Moldova and the other to Poland.

Still more are working with Ukrainian refugees already in Israel. 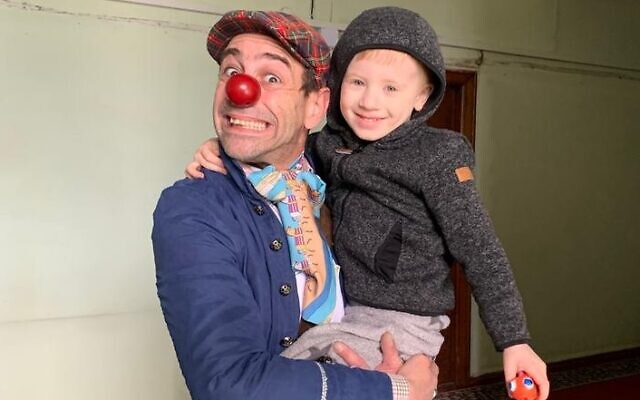 ‘Luxus’ (Gad Nevo), from Rishon Lezion in central Israel, who normally works in hospitals in Jerusalem and central Israel, holds a Ukrainian refugee at a hotel in the Moldovan capital of Chisinau, March 2022. (Dr. Michal Katz)

In Moldova, the four clowns, always working in pairs, have collaborated not only with Jewish organizations but also with the Moldovan government, visiting camps for all refugees and working at the Palanke border crossing where Ukrainians enter Moldova.

Zaza (the rest of her name is not translatable into English), whose real name is Reut Shifman Tsoref, recalled that in one camp, in Sarata Galbena, 40 kilometers (25 miles) from the Moldovan capital Chisinau, “a non-Jewish man with a baby approached me and said, ‘I don’t believe that after all that we did to your people during the war, you are now helping us.'” 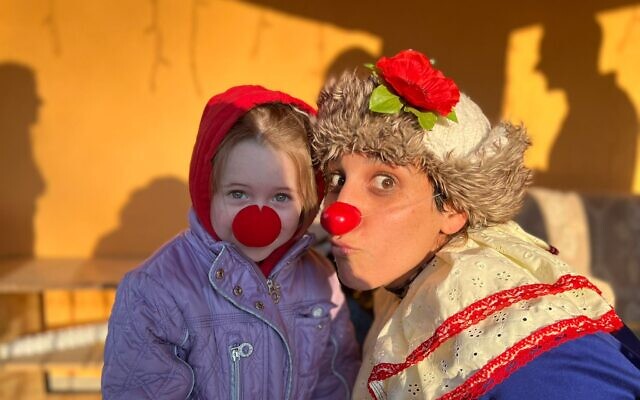 Zaza (Reut Shifman Tsoref) brings comfort and warmth to a Ukrainian child at at a hotel complex outside of Chisinau, Moldova, March 2022. (Ilanit Turgeman)

“The clowning helps to release a lot of pressure,” explained Shifman Tsoref, from Givat Ye’arim near Jerusalem, who usually works as a medical clown at Shaare Zedek Medical Center in the capital. “It’s about bringing the most non-rational thing to the most non-rational situation to make it rational.”

Clowns at the Ukrainian Border

Last week’s visit was bittersweet for many of the clowns and medical staff.

Two of the clowns, one originally from Kharkiv, the other from Kyiv, were ceaselessly following events in Ukraine.

Michael Gleenberg, a senior physician at the emergency ward at the Assuta Ashdod Hospital in southern Israel, grew up in Kishinev and immigrated to Israel 31 years ago. He never went back, until now. 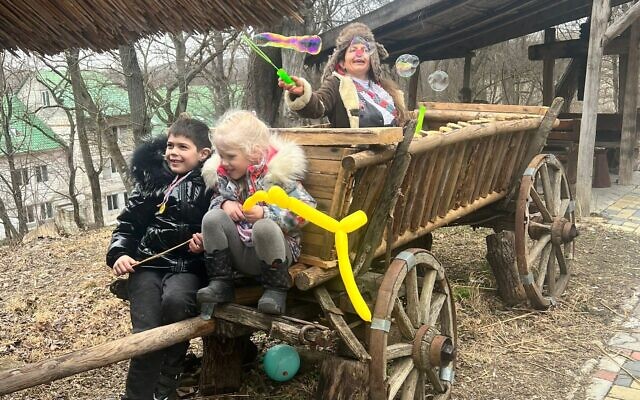 He kept his feelings to himself throughout the trip but broke down on the flight back to Israel as he recalled passing places from his childhood while he traveled on buses between refugee locations.

One of the taxi drivers turned out to be someone he knew from the neighborhood as a child. 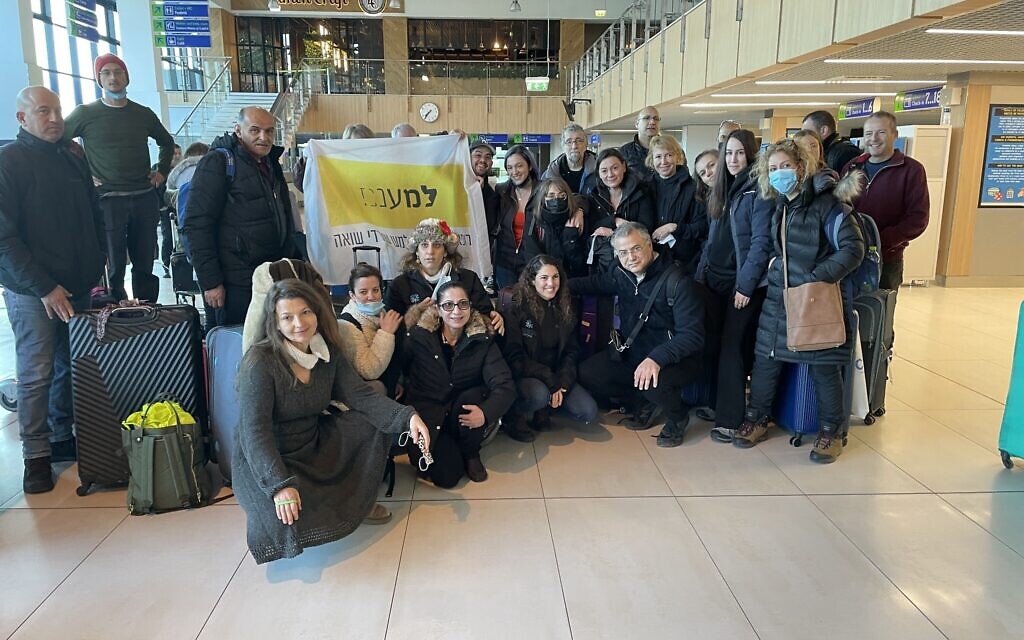 Volunteer doctors, nurses, social workers, and a psychologist from the organization ‘For Their Sake: Physicians for Holocaust Survivors’ and medical clowns from Dream Doctors, pose for a group photo at Chisinau Airport in Moldova on March 18, 2022. (Sue Surkes/Times of Israel)

Gleenberg said that the doctors had had relatively little to do. They had given an infusion to a cancer patient and helped to bring a baby born to a surrogate mother in Kyiv over the Moldovan border at Otaci to be united with its Israeli parents.

They had also examined a boy with autism from Mykolaiv whose parents had been unable to leave home to get medicines for a leg infection that had spiraled out of control.

There was work for the psychologist too, he said, but most of it was comforting people. 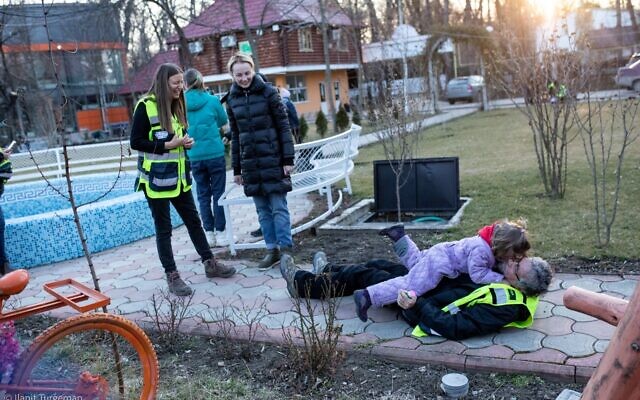 A Ukrainian refugee named Alla falls upon an Israeli doctor from the organization For Their Sake: Physicians for Holocaust Survivors, at a hotel complex outside of Chisinau, Moldova, March 2022. (Ilanit Turgeman)

“The clowns were the ones that impacted the work of the whole delegation,” he said. “We should have had 24 clowns and four doctors, not the other way round.”

According to Shifman Tsoref, “the doctors themselves became clowns. There was one little girl who wouldn’t let one of our doctors go. Her father had stayed behind in Ukraine and she hadn’t seen him for ten days. ”

She added that the pride of adults often prevented them from accepting a hug, but “They’ll allow a clown to do it.”