LONDON — Few men, no doubt, can claim Marilyn Monroe as their one-time babysitter.

But this is the unique boast of Joshua Greene, an American photographer and digital film restorer. Greene has also achieved the seemingly impossible by restoring thousands of pictures of the iconic actress taken by his late father, Milton Greene.

According to Joshua Greene, his father had an extraordinary relationship with the woman who was arguably the 20th century’s greatest pin-up model.

And while Joshua admits that Milton was not religiously observant, he says that the Brooklyn-born Jewish photographer had a long and lasting influence on Monroe nevertheless. Milton even saw Monroe through her conversion to Judaism, which she underwent to marry the playwright Arthur Miller.

Milton’s ravishing portraits of Monroe, many rare or previously unseen, are now part of a London exhibition called “Up Close With Marilyn.” On display are pictures from 50 different sittings Greene shot of Monroe, resulting in an archive of more than 3,000 images.

There is Monroe in a white mink coat; in a negligee; pouting beautifully in bed; or sprawled out against a rocky crevasse. In every photo the eye is drawn to Monroe’s astonishing beauty, her evident love affair with the camera, and her confident and relaxed pose. 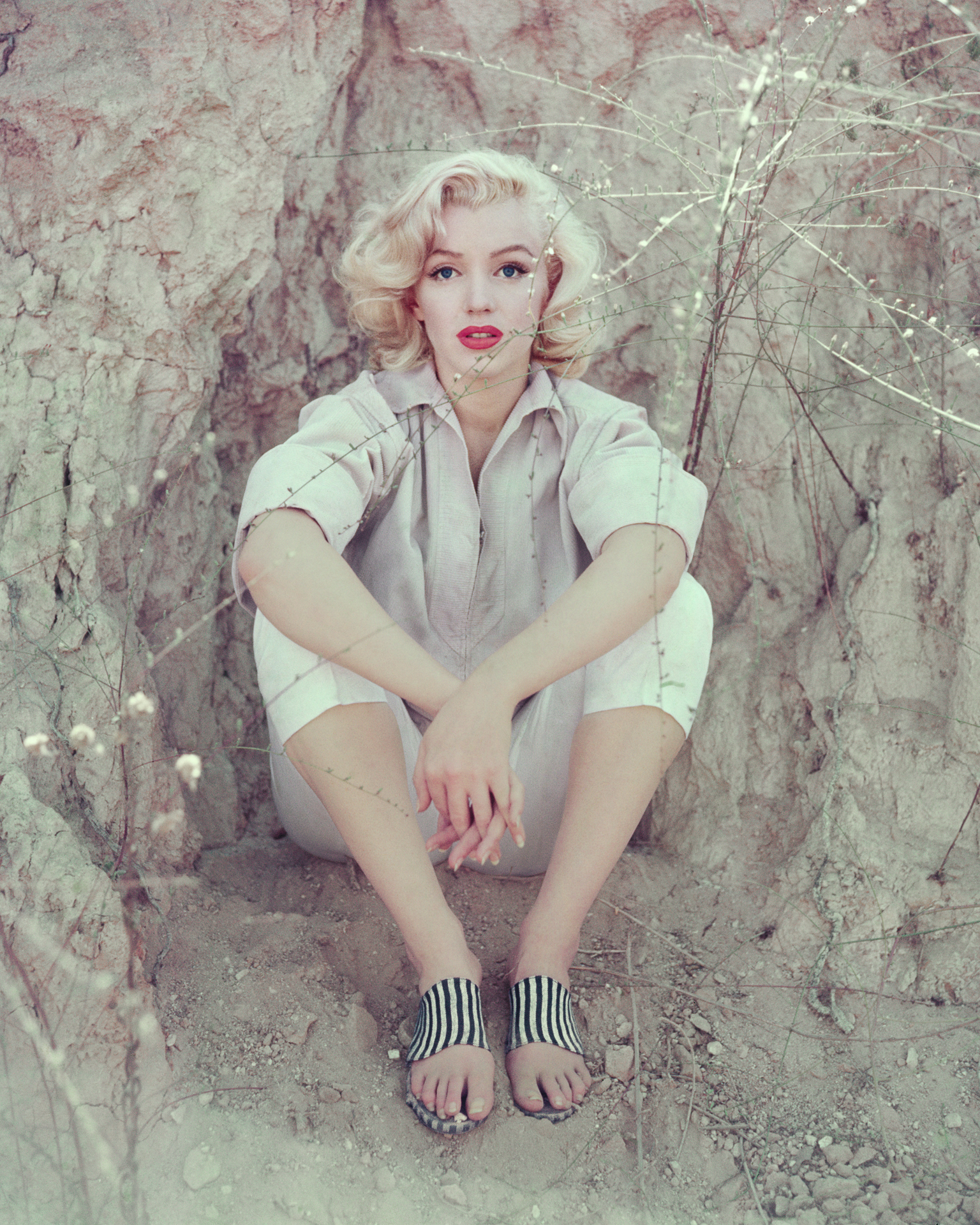 ‘The Rock Sitting,’ 1954. This portrait was first published in an editorial for Look magazine and depicts Marilyn nestled in the rocky crevasses of Laurel Canyon, Los Angeles. (© The Archives LLC / Iconic Images)

Joshua Greene has no doubt that this confidence started with his father.

“She was comfortable with him, she trusted him,” says Greene. “Their relationship wasn’t about sex. He was a wonderful photographer of women, and because he was so good, women trusted him.”

It probably didn’t hurt that Milton himself was easy on the eye. Born Milton Greengold, he began taking pictures when he was just 14. By the time he met Monroe in 1953, he was already an accomplished photographer.

“My dad,” says Joshua Greene, “was commissioned by Look magazine to photograph some movie stars, including Marilyn. When they met, they immediately struck up a strong friendship. They both enjoyed each other’s company.

“About a month after this first session of pictures, my father flew out to Los Angeles and Marilyn confided in him how unhappy she was with her contract at 20th Century Fox,” says Greene. “Milton said he would speak to his lawyer in New York to see if they could get her out of her contract. She wanted more control over her career, and he wanted to get into film work. They could help each other.”

Monroe was on the threshold of stardom in 1953 when she met Milton Greene  — he was 31, she was 27. She had a telling cameo role in “Niagara,” and a bigger part in “Gentlemen Prefer Blondes.” But she was restless and had not had a pay raise since 1950. 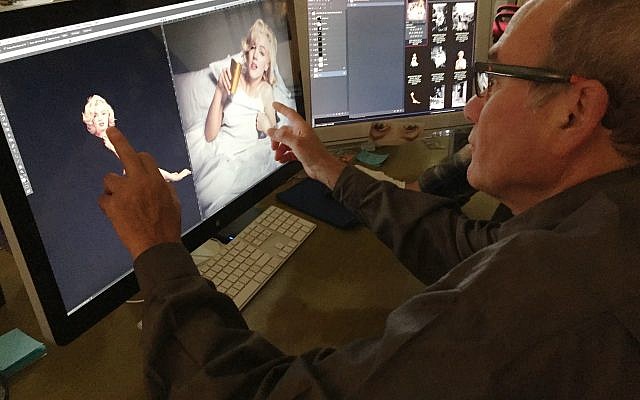 Joshua Greene at the computer, touching up photos of Marilyn Monroe taken by his father, Milton Greene. (Courtesy)

“My dad told Marilyn to come out to New York, and so she did — and he changed her career. He introduced her to all kinds of people, artists, musicians — he loved jazz — and she stayed at my parents’ homes in New York and in Connecticut,” says Joshua Greene. “Through Milton she met Frank Sinatra, Sammy Davis Jr., Dean Martin — and that’s also how she started her association with the Actors’ Studio, working with Lee Strasberg.”

Milton Greene was a dandy, a “very glamorous gentleman, and charming,” who regularly “traveled with five steamer trunks of clothes,” according to his son. So Milton understood well Monroe’s constant need to reinvent herself.

Milton Greene was as good as his word about helping Monroe cancel her contract. Together, the duo formed Marilyn Monroe Productions, or MMP, and Monroe appeared in new films such as “Bus Stop” and “The Prince and the Showgirl,” which featured Laurence Olivier, and which Greene produced.

It’s hard to know how Amy Greene, Milton’s wife, reacted to having the blonde bombshell that was Marilyn Monroe living in their home. Joshua Greene, though only a little boy of three at the time, has vivid memories of the room Monroe stayed in at their New York apartment. 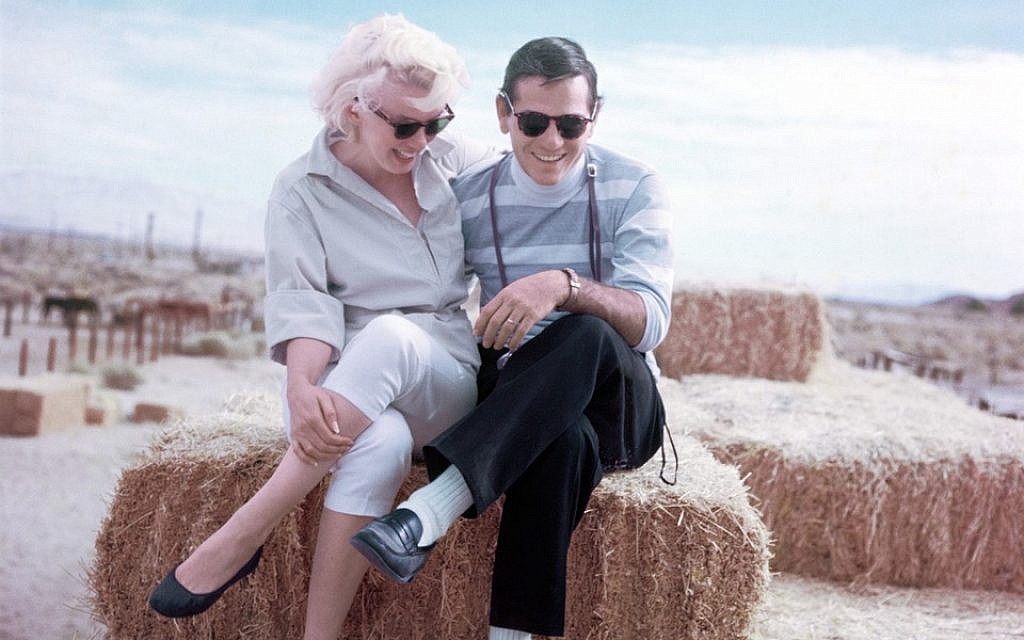 “You’d have to go down a couple of steps and I would run and jump in the air and she’d catch me and tickle me and make me laugh. You could say she was my babysitter,” Greene says.

He and Monroe were often left together in the apartment and Greene says his parents trusted her completely.

For her part, “the New York years were her happiest. She was treated with respect and affection,” says Greene. And all the time Milton was building his portfolio of astonishing pictures of Monroe.

Greene speaks of a Monroe largely unknown to the public — not the woman who was dependent on pills, who showed up late on set and repeatedly fluffed her lines. The Monroe embraced by the Greene family was shrewd and funny — and desperate to control her own career rather than be subject to the whims of the studio system.

But a shadow was cast onto this life of bliss — literally — affecting Milton Greene’s archive.

“By the time my father died, in 1985, he believed that most of his photographs of Marilyn were unusable and could not be reproduced. They had faded, he thought, beyond rescue,” says Joshua Greene. 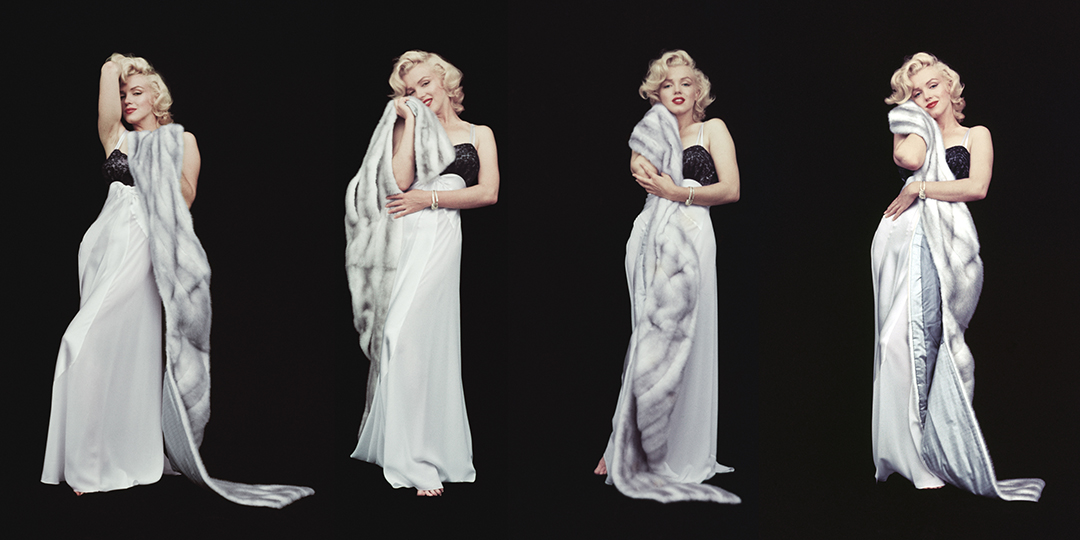 The negligee photographs from Marilyn Monroe’s first collaboration with Milton feature her in a negligee adorned with fur and wearing a diamond bracelet. (© The Archives LLC / Iconic Images)

“She married Miller in 1956 and he made it plain that he felt he could manage her career better than Milton,” says Greene. “He pressured her to end her relationship with Milton — and eventually she gave in to what was effectively abuse.”

So in 1957, recounts Greene with some distaste, “Milton was asked to name his price to be bought out of MMP. My father didn’t want to be just one more man to take a piece of Marilyn’s life — and she had been very badly treated by a number of men.

“He said he would only take the $250,000 he had put in to form the company. He could have taken 10 times that. But he wanted to leave the door open for their friendship to remain respectful.”

The two continued to be in touch right up until a month before Monroe was found dead in 1962 of a presumed barbiturate overdose. 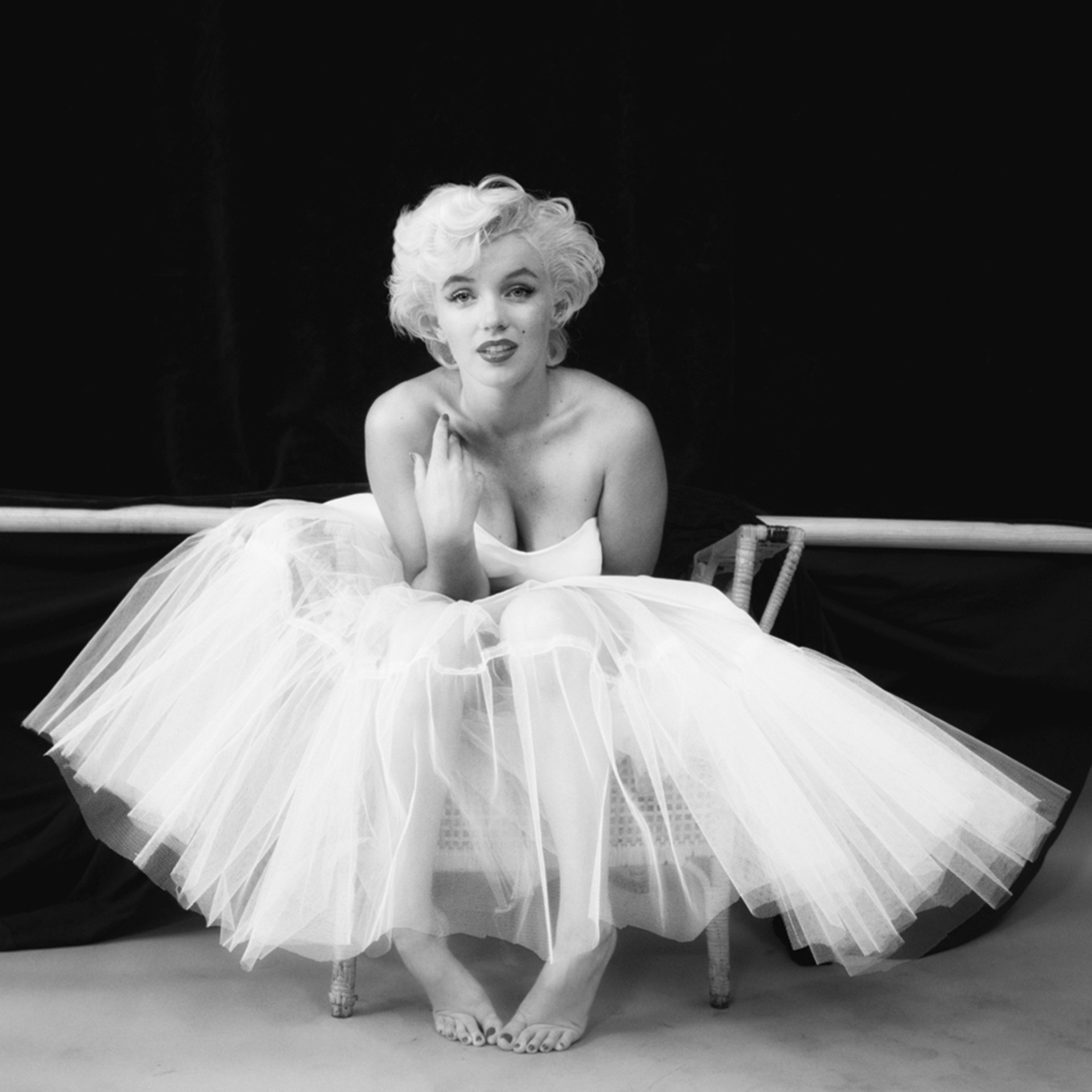 American actress, model and singer Marilyn Monroe poses in a studio in a ballerina dress by fashion designer Anne Klein as part of the ‘Ballerina’ series, one of Milton Greene and Monroe’s most recognizable collaborations, New York, October 1954. (© The Archives LLC / Iconic Images)

“My father never believed she committed suicide. He was shooting fashion collections in Europe when he heard about her death,” says Greene.

Greene says Monroe was on the verge of big new projects in her career and would have had little reason to kill herself. “She was a survivor, not a victim,” he insists.

Milton and Marilyn may be gone, but Joshua Greene has revived their legacy through new digital techniques that allow him to restore the iconic Milton Greene archive. The pictures are sharp as the day they were taken and show a glowing Monroe, often with a face full of mischief, as she and Milton Greene created a series of fantasies to seduce every viewer.

“Up Close with Marilyn: Portraits by Milton H. Greene” is at London’s Proud Central Gallery until June 24, 2018.