SAN FRANCISCO — To mark the anniversary of the December 10, 1948, ratification of the United Nations Universal Declaration of Human Rights, the San Francisco Symphony recently revived an unusual orchestral piece. The production, which ran from November 15-18, was punctuated by live narration of the words of murdered teen Anne Frank, whose iconic story represents both the massacre of European Jewry and the eternal hope that good will prevail.

Award-winning conductor Michael Tilson Thomas dedicated performances of his symphony, “From the Diary of Anne Frank,” to the victims of the October 24 massacre at the Tree of Life Synagogue in Pittsburgh.

“I came to this text because of Audrey Hepburn,” says Tilson Thomas, who first penned and staged the production nearly two decades ago for the star of the 1950s and 1960s silver screen classics, “Breakfast at Tiffany’s,” “Roman Holiday,” “Charade,” “Sabrina” and “My Fair Lady.”

Hepburn, who epitomized Hollywood chic in her 20s and 30s, became widely known later in life for her humanitarian work with UNICEF. Created as a children’s fund to provide relief in Europe, China and the Middle East following World War II, the organization now addresses needs of children in the developing world.

The 36-minute symphony inspired by the renowned journal of Anne Frank features narrated excerpts from the painfully familiar diary. First published in German in 1950, the account of a 13-year-old girl hiding from the Nazis in an Amsterdam attic with her family and other Jews during WWII has been translated into 70 languages and published in more than 60 countries.

Eleven-time Grammy Award winner Tilson Thomas is the grandson of Yiddish theater stars Boris and Bessie Thomasefsky and the descendant of a long line of cantors. Since 1995, he has served as music director of the San Francisco Symphony. He is also the founder and artistic director of the New World Symphony, and conductor laureate of the London Symphony Orchestra. Tilson Thomas is the recipient of the National Medal of Arts, and was knighted as a Chevalier dans l’ordre des Arts et des Lettres of France.

A simultaneous exhibit at Davies Symphony Hall explored avenues through which the San Francisco Symphony honors, fosters, and supports an individual’s “right to participate in the cultural life of the community,” outlined in Article 27 of the Universal Declaration of Human Rights. 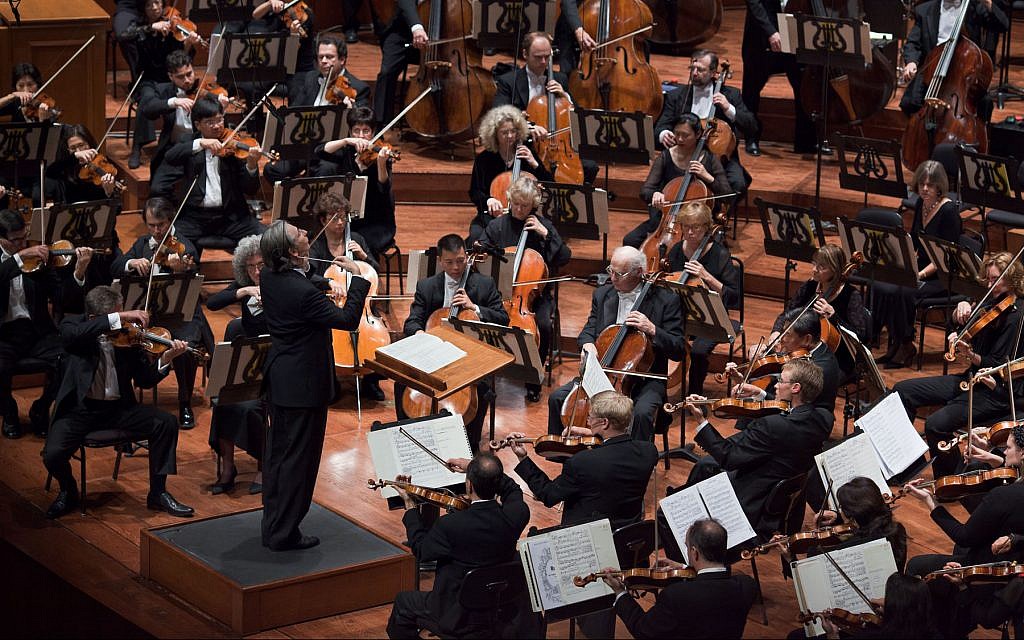 Tilson Thomas conceived of his moving music production, which he describes as a “melodrama in the form of symphonic variations,” in 1989. He wrote the piece as a vehicle for Hepburn in her role as an ambassador for UNICEF. It highlights diary passages he and the Oscar-winning actor selected.

At the premiere in March 1990 at the New World Symphony in Philadelphia, Hepburn narrated the production live on stage, reading her favorite selections from the diary while Tilson Thomas conducted beside her. In evocative performances last month at Davies Symphony Hall in San Francisco, Grammy Award-winning mezzo-soprano Isabel Leonard took the stage in Hepburn’s place.

Hepburn, who, like Anne Frank, was born in mid-1929, also spent the war in occupied Holland. Less than three years after premiering the symphony, she died from cancer in 1993. The actor identified strongly with the diarist and, says Tilson Thomas, with “the suffering of all children.” 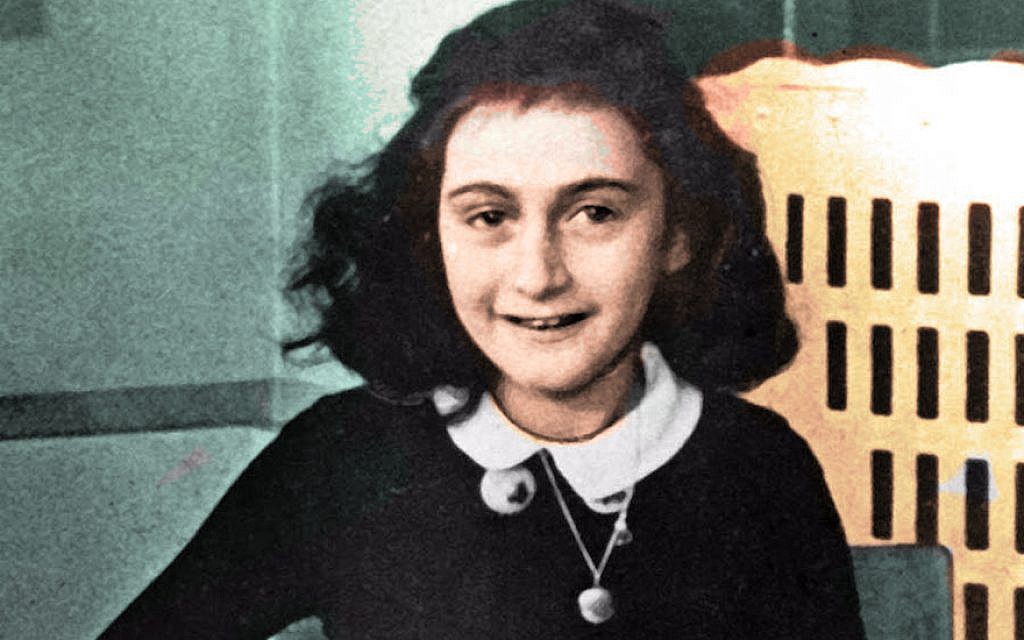 Tilson Thomas crafted “From the Diary of Anne Frank” with four sections. He describes the first as opening with a flourish, echoing the words, “According to His will” from the kaddish, a Jewish mourning prayer. The first section spans everything from a dance, to the first words of the diary, to a hopeful lullaby, leading to Anne’s explanation for writing:

“I hope to confide in you completely, as I have never been able to do to anyone before… And I hope you will be a great support and comfort to me.”

Opposing major and minor harmonies open the second section. Playful at first, 12-tone games become increasingly menacing, until the whole orchestra rages. As the family goes into hiding, the tumult subsides. A lullaby returns, first as an elegiac bass trombone solo, then a tragic procession. The movement ends with a soliloquy for Anne in the quiet of night.

Diary excerpts, which are reprinted for audience members in the program, span almost four pages. In the second section, they include some of Anne Frank’s most heart-wrenching observations about the enactment of the “Nuremberg Laws.” Anne describes the banality of the increasing encroachment upon the freedom of Jews written to Kitty, the aspiring author’s imaginary friend and holder of her secrets.

“Dear Kitty. So much has happened, it’s just as if the whole-world has turned upside-down.

We are all balancing on the edge of an abyss…

Jews must wear a yellow star… Jews must give up their bicycles… Jews must be indoors by eight o’clock and can’t even sit in their own gardens after that hour… Jews are forbidden to visit cinemas, theaters, swimming pools, sporting grounds… Jews may not visit Christians… You’re scared to do anything because it may be forbidden.” 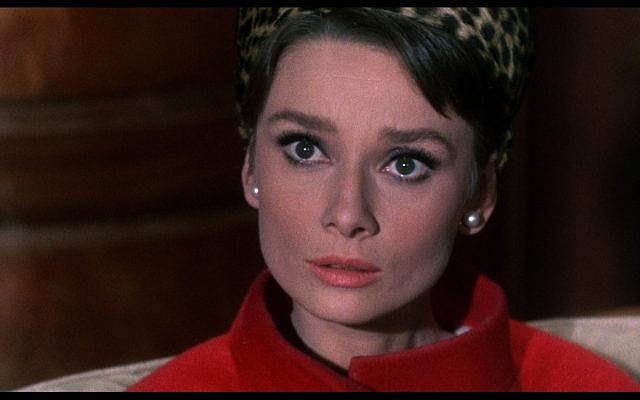 The third section takes up Anne’s love of nature and her discovery of romantic love. Up-tempo variations representing Anne’s and Kitty’s themes eventually unite. The fourth section is the epilogue for the diary, expressing Anne’s vision for her own future and world’s. At its end, the work takes a new direction, concluding with what Tilson Thomas describes as “a somber but hopeful cast.”

As Tilson Thomas explains, “While some of the words concern tragic events, so many of them reflect the youthful, optimistic, inquisitive and compassionate spirit of their author. Above all, we wanted these qualities to come through in the piece, and so we have derived the themes… from turns of phrases in traditional Jewish music, especially the hymn to life, kaddish.”

Woven gracefully together, the symphony succeeds in matching the changing moods of the text.

“I now realize that so much of this work is a reflection not only of Anne Frank, but of Audrey Hepburn,” Tilson Thomas says. “Audrey’s simplicity, her deeply caring nature, the ingenious sing-song of her voice are all present in the phrase shapes of the orchestra. The work would have never existed without her, and it is dedicated to her.”

When Hepburn was trapped in the Netherlands during WWII, hunger and malnutrition were rampant. Because of her own brushes with death, Hepburn identified deeply with the young writer.

Tilson Thomas’s symphony was not the only occasion when Hepburn narrated excerpts of the diary. She performed onstage at a 1990 Oslo performance arranged by Elie Wiesel and appeared on camera to share Anne Frank’s appreciation of the natural world.

In a short publicity video for the piece, Tilson Thomas recounts how he and Hepburn came to collaborate on the project.

“Audrey Hepburn was one of the sweetest, most sincere people I’ve met in my whole life; was, as many people know, a real partisan for UNICEF,” Tilson Thomas says. “She said, ‘It was a total accident that I became such a star and I wanted to use my celebrity to really help people. Imagining a piece with Anne Frank’s words, with orchestra, was something she always thought of doing.”

“Through mutual friends in UNICEF, she and I met in Lucerne [Switzerland]. I played some of my music for her backstage. She liked it and suddenly, we were creating a piece together,” Tilson Thomas recalls. “We read the diary and we told one another what were our favorite parts. Then, she made a cassette tape for me of her reading those sections of the diary. So at first, I got very used to her voice actually reading those words.

“And the cadences of the music in many cases came out with my being familiar with the way she said the words. But I couldn’t help writing a piece that would have a reflection of my Yiddish heritage in it and that would also reflect the kind of love and knowledge that I have of the big symphonic pieces of Mahler, of course. So, it’s all there. It’s a piece with no disguise.” 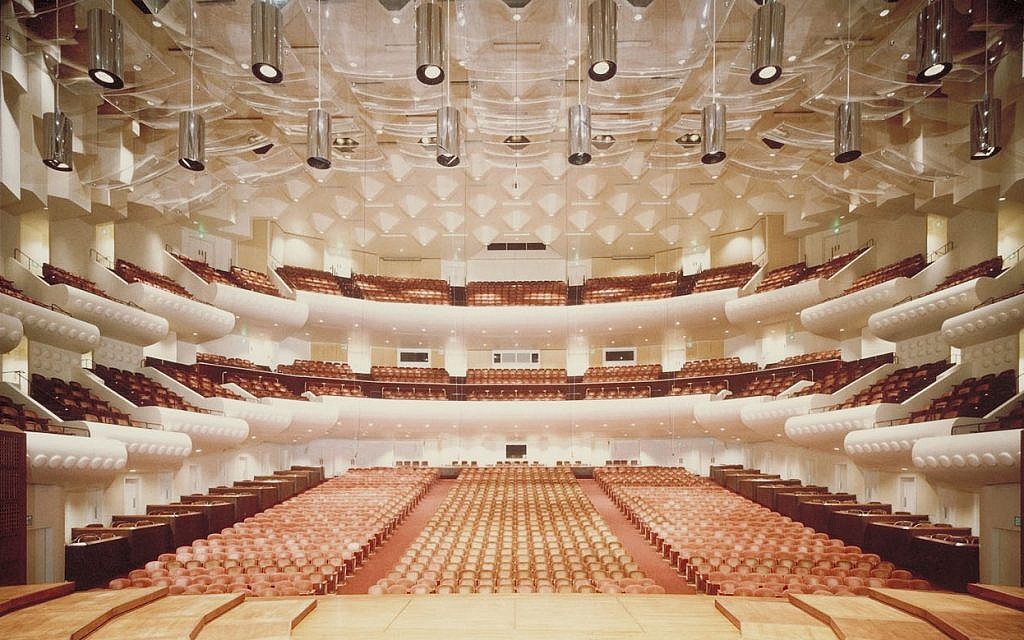 In her revival of Hepburn’s performances, Isabel Leonard’s narration reminded Tilson Thomas of his former collaborator.

“I can’t think of anyone who has a more beautiful, flexible voice and reminds me very much of the kind of ingenuous cadences that Audrey herself brought to the piece,” Tilson Thomas says.

Leonard’s performance also beautifully conveys the words of the writer who never lived to see the immense relevance of her work. Perhaps in a moment of fateful premonition, Anne wrote in her diary: “I want to go on living even after my death.”