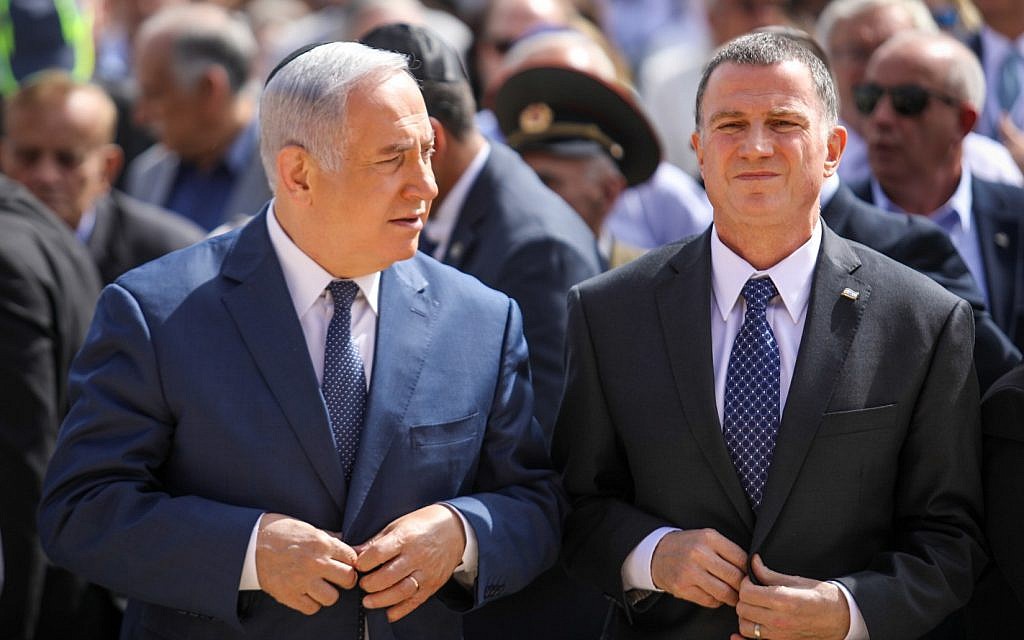 Given the inconclusive results of this week’s Knesset elections, the question of who will form the next government can perhaps best be answered with a sentence known as the Socratic paradox: “I know that I know nothing.”

There are numerous possible scenarios, but many experts believe that the most likely outcome of Israel’s current coalition conundrum is a broad unity government including Blue and White and Likud, but only after the latter has deposed its longtime leader, Prime Minister Benjamin Netanyahu.

Blue and White has long called for a unity government, but insists that Netanyahu not be a part of it, due to the three pending corruption cases against him. However, all senior Likud MKs — even including the former minister Gideon Sa’ar, who Netanyahu previously accused of plotting a coup against him — insist that they won’t abandon their chairman. Anticipating a possible revolt, he had made them all sign a loyalty pledge before the elections.

Netanyahu’s right-wing religious bloc is six seats short of the 61 Knesset seats needed for a stable government, according to near-final tallies. And Avigdor Liberman’s Yisrael Beytenu refuses to be part of any coalition other than one consisting of Blue and White and Likud.

Other options, such as narrow center-left coalition supported from the outside by the Joint List or a narrow right-wing-religious government also appear unfeasible.

Given this deadlock, several political scientists said Thursday that eventually, after all other options are exhausted, Netanyahu will probably be forced to resign — or be toppled — to enable a unity government with Likud and Blue and White.

“Of all the possible scenarios, for Netanyahu to end up as prime minister is the least likely option,” said Mitchell Barak, a pollster and political analyst. “If the Likud had gotten 40 mandates, he could’ve maybe dictated the terms of the next government. But he got only 31 seats. He cannot dictate the terms anymore.” 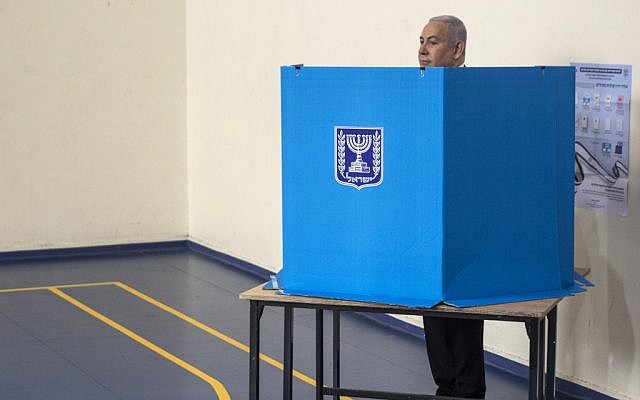 Furthermore, Netanyahu’s pre-trial hearing is set for October 2, a process likely to end with one or more indictments, including possibly for bribery, noted Barak, who worked with Netanyahu in the late 1990s.

This would of course further encourage potential coalition partners to reject Netanyahu, and also make it easier for Likud MKs to demand he step aside to allow for a unity government, Barak posited.

Not that it’s going to be easy to force the prime minister out of office. His party, at least for now, appears fiercely loyal to Netanyahu, who was first elected Likud chairman in 1993.

“The fact that all Likud MKs, ministers and heir-apparents of Netanyahu have come out in support of him is because he would demand that at this point,” Barak said. “Anything but absolute loyalty would be punished in the next race for the party leadership, and in the vote for its next Knesset slate.”

Things will change, however, if the prime minister fails to cobble together a coalition, either before or after an equally unsuccessful attempt by Gantz, Barak predicted. “They backed him after the last election; they stayed with him even after he disbanded the Knesset. But they won’t stay on the Likud-Titanic.” 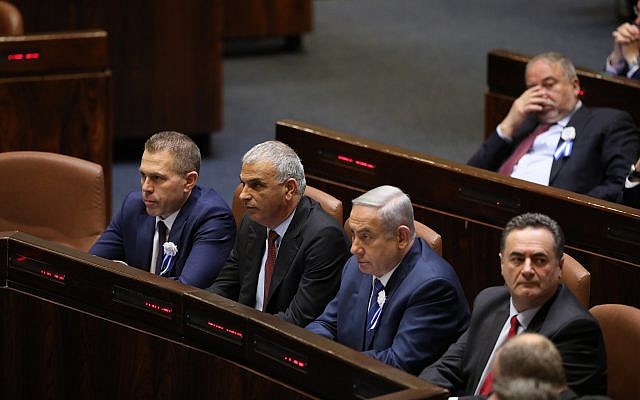 If Netanyahu doesn’t manage to somehow square the circle and get a majority, he may choose to resign, possibly in the framework of a deal with the attorney general or the state prosecution to soften the severity of legal charges against him, Barak said. (On Thursday, a spokesman firmly denied reports that Netanyahu will seek a plea bargain.)

But if he won’t quit by himself, his party will likely decide to force him out, Barak added.

“You would probably need the Likud’s Central Committee for such a move, but if all MKs were to agree on a new leader, there certainly is a way to do it.”

According to the Likud bylaws, the movement’s leader is automatically its candidate for prime minister. But the party’s Central Committee could simply change its bylaws to adapt to the new situation.

Alternatively, a group of Likudniks could break away from the mother party and form their own independent faction, with its own chairman.

‘Nobody wants to be Michael Heseltine’

As opposed to Labor, which deposes its leaders very frequently, the Likud has always been very loyal to its leader, noted Assaf Shapira, an expert on Israel’s political parties.

“Of course there was some internal dissent over the years, but in its entire history the Likud has had only three leaders besides Netanyahu: Menachem Begin, Yitzhak Shamir and Ariel Sharon. They all stepped down; none of them were kicked out.”

But if and when the mood changes, there are several options as to how to dethrone him, according to Shapira. The party could quickly call for primaries to elect a new chairman.

If that’s impossible, for logistical or legal reasons, party officials could ask President Reuven Rivlin to task another Likud MK with trying to build a coalition. That may technically be a violation of Likud bylaws, but that’s not the president’s problem, Shapira said.

“Haim Katz, who heads the Likud Central Committee, could also quite easily change the party’s bylaws,” added Shapira, who directs the political reform program at the Israel Democracy Institute. 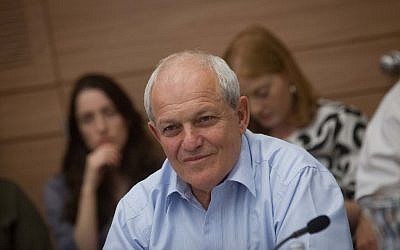 Katz, who is facing legal problems of his own and may feel he has little to lose politically, “has a lot of power, and things are not always done exactly according to the rules,” Shapira said.

The Likud’s current allegiance to Netanyahu could quickly dissipate once the possibility of new elections becomes likely, if both Netanyahu and Gantz fail to build a coalition. Shortly before the Knesset is dissolved again, the Likud can be expected to consider regicide, according to Shapira.

Basic Law: The Government states that if two candidates have been asked, attempted and failed to build a coalition, a third may try his luck if 61 Knesset members request so in writing. This can be any MK and does not necessarily have to be the chairman of a party. Therefore, in a bid to avert new elections, Blue and White (and possibly other parties) could agree with a group of Likud mavericks on a unity government in which Gantz and a yet-to-be determined Likud MK would rotate the premiership. 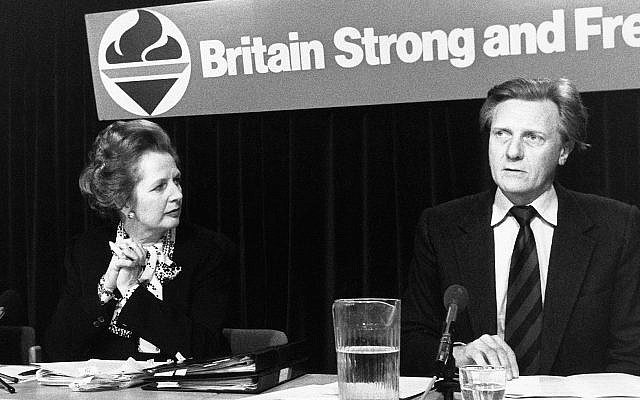 To be sure, finding a Likudnik to stab Netanyahu in the front is not going to be easy, because such a move, even if it is explained to the public as a matter of national emergency, could stigmatize the would-be rebel as a traitor, said Jonathan Rynhold, a political scientist at Bar-Ilan University.

“Nobody wants to be Michael Heseltine,” he said, referring to a British politician who in 1990 challenged Margaret Thatcher for the leadership of the Conservative party. Heseltine started the chain of events that toppled the Iron Lady after 11 years, but he lost the subsequent race for the party leadership to John Major.

Once it becomes clear that there is no government, public opinion will create pressure on Netanyahu to step aside

Even if many in the Likud privately dislike Netanyahu and would love to see him go home, a public challenge to his leadership could complicate the rebel’s future run for the party chairmanship, Rynhold said.

Therefore, “nobody is going to do anything until it’s absolutely clear that Netanyahu cannot form a government,” he posited. “But once it becomes clear that there is no government, that even Blue and White can’t get a majority — which is likely at this point — public opinion will create pressure on Netanyahu to step aside.”

A Likud revolt against Netanyahu then becomes the “most likely scenario,” according to Rynhold. The Likudnik most likely to start calling for Netanyahu’s ouster would be someone who is not particularly close to or fond of the prime minister, and who also does not seek to win the next Likud leadership primaries, he said.

Knesset speaker Yuli Edelstein, who is rumored to want to replace Rivlin as president in two years, may be one example of a senior Likud figure who fits this profile, the analysts noted.

“But Netanyahu is the most skillful politician Israel has ever known,” Rynhold added. “He’s not going to make it easy.”