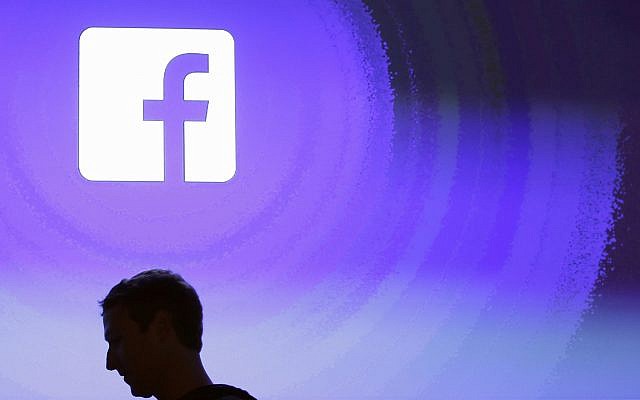 NEW YORK (AP) — Facebook’s acknowledgement that most of its 2.2 billion members have probably had their personal data scraped by “malicious actors” is the latest example of the social network’s failure to protect its users’ data.

Not to mention its seeming inability to even identify the problem until the company was already embroiled in scandal.

CEO Mark Zuckerberg told reporters Wednesday that Facebook is shutting down a feature that let people search for Facebook users by phone number or email address. Although that was useful for people who wanted to find others on Facebook, it turns out that unscrupulous types also figured out years ago that they could use it to identify individuals and collect data off their profiles. 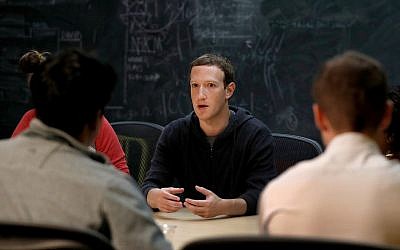 In this Nov. 9, 2017 photo, Facebook CEO Mark Zuckerberg meets with a group of entrepreneurs and innovators. (AP Photo/Jeff Roberson, File)

The scrapers were at it long enough, Zuckerberg said, that “at some point during the last several years, someone has probably accessed your public information in this way.”

The only way to be safe would have been for users to deliberately turn off that search feature several years ago. Facebook had it turned on by default.

“I think Facebook has not been clear enough with how to use its privacy settings,” said Jamie Winterton, director of strategy for Arizona State University’s Global Security Initiative. “That, to me, was the failure.” 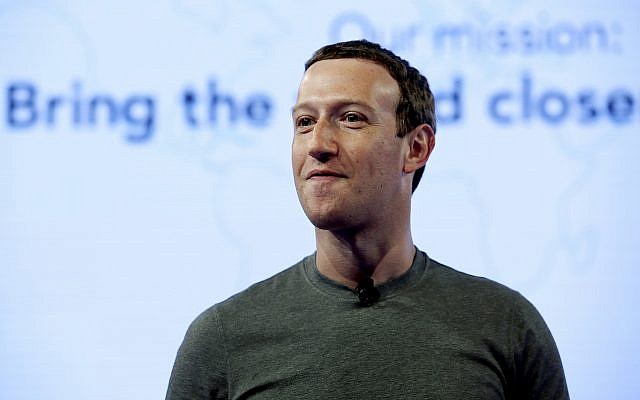 The breach was a stunning admission for a company already reeling from allegations that the political data-mining firm Cambridge Analytica inappropriately accessed data on as many as 87 million Facebook users to influence elections.

Over the past few weeks, the scandal has mushroomed into investigations across continents, including a probe by the US Federal Trade Commission. Zuckerberg himself will be questioned by Congress for the first time on Tuesday.

“The FTC looked the other way for years when consumer groups told them Facebook was violating its 2011 deal to better protect its users. But now the Cambridge Analytica scandal has awoken the FTC from its long digital privacy slumber,” said Jeffrey Chester, executive director for the Washington-based privacy nonprofit Center for Digital Democracy.

Neither Zuckerberg nor his company has identified those who carried out the data scraping. Outside experts believe they could have been identity thieves, scam artists or shady data brokers assembling marketing profiles.

Zuckerberg said the company detected the problem in a data-privacy audit started after the Cambridge Analytica disclosures, but didn’t say why the company hadn’t noticed it — or fixed it — earlier.

Facebook did not immediately respond to a request for comment Thursday on when it discovered the data scraping.

In his call with reporters Wednesday, Zuckerberg said the company had tried “rate limiting” the searches. This restricted how many searches someone can conduct at one time from a particular IP address, a numeric designation that identifies a device’s location on the internet. But Zuckerberg said the scrapers circumvented that defense by cycling through multiple IP addresses. 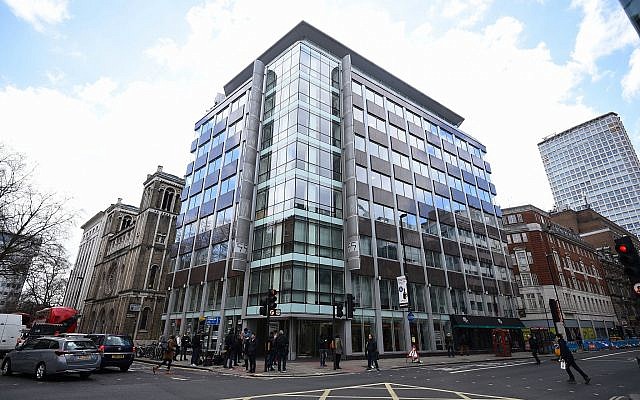 The scraped information was limited to what a user had already chosen to make public — which, depending on a person’s privacy settings, could be a lot — as well as what Facebook requires people to share. That includes full name, profile picture and listings of school or workplace networks.

But hackers and scam artists could then use that information — and combine it with other data in circulation — to pull hoaxes on people, plant malware on their computers or commit other mischief.

Having access to such a massive amount of data could also pose national security risks, Winterton said. 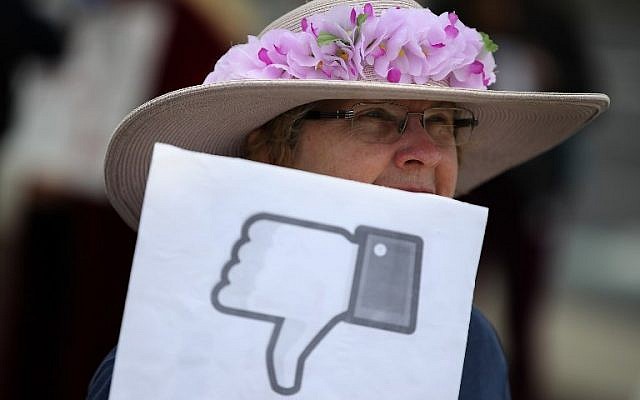 A protester with the group “Raging Grannies” holds a sign during a demonstration outside of Facebook headquarters on April 5, 2018 in Menlo Park, California. (Justin Sullivan/Getty Images/AFP)

A foreign entity could conceivably use such information to influence elections or stir up discord — exactly what Russia is alleged to have done, using Facebook and other social media, in the 2016 presidential elections.

Privacy advocates have long been critical of Facebook’s penchant for pushing people to share more and more information, often through pro-sharing default options.

While the company offers detailed privacy controls — users can turn off ad targeting, for example, or face recognition, and post updates that no one else sees — many people never change their settings, and often don’t even know how to.

The company has tried to simplify its settings multiple times over the years, most recently this week.

Winterton said that for individual Facebook users, worrying about this data scraping won’t do much good — after all, the data is already out there. But she said it might be a good time to “reflect on what we are sharing and how we are sharing it and whether we need to.”

“Just because someone asks us information, it doesn’t mean we have to give it to them if we are not comfortable,” she said.

She added that while she no longer has a Facebook account, when she did she put her birth year as 1912 and her hometown as Kuala Lumpur, Malaysia. Neither is true.