Fewer than 600 of those who enacted the Holocaust received heavy sentences after WWII. David Wilkinson’s docu explores how the mass of Nazi criminals, collaborators escaped justice

After spending 18 years bringing “Getting Away With Murder(s)” to fruition, British filmmaker David Wilkinson faced wall-to-wall rejections when he shopped the documentary to global broadcasters and subscription services such as Netflix.

Clocking in at three hours, Wilkinson’s film is a detailed indictment of the so-called “great unpunishment” faced by nearly all of the Holocaust’s perpetrators. The film focuses on specific German war criminals — and non-German collaborators — to explain how so many mass murderers avoided accountability.

“The lack of justice for the victims of the Holocaust is the greatest miscarriage of justice in the history of mankind,” Wilkinson told The Times of Israel. “The world needs to know this,” he said.

“Getting Away With Murder(s)” will finally land on several US streaming platforms on January 27, which is International Holocaust Remembrance Day. The film has been airing in 11 European countries since July, said Wilkinson.

“It has been a slog all the time with this documentary,” said Wilkinson, who has produced or distributed 125 films in a career spanning more than four decades.

“In some ways, ‘Jews Don’t Count’ should have been the name of this film,” said Wilkinson, who had to fund much of the documentary himself, along with his wife, costume designer Amy Roberts of Netflix’s “The Crown.” 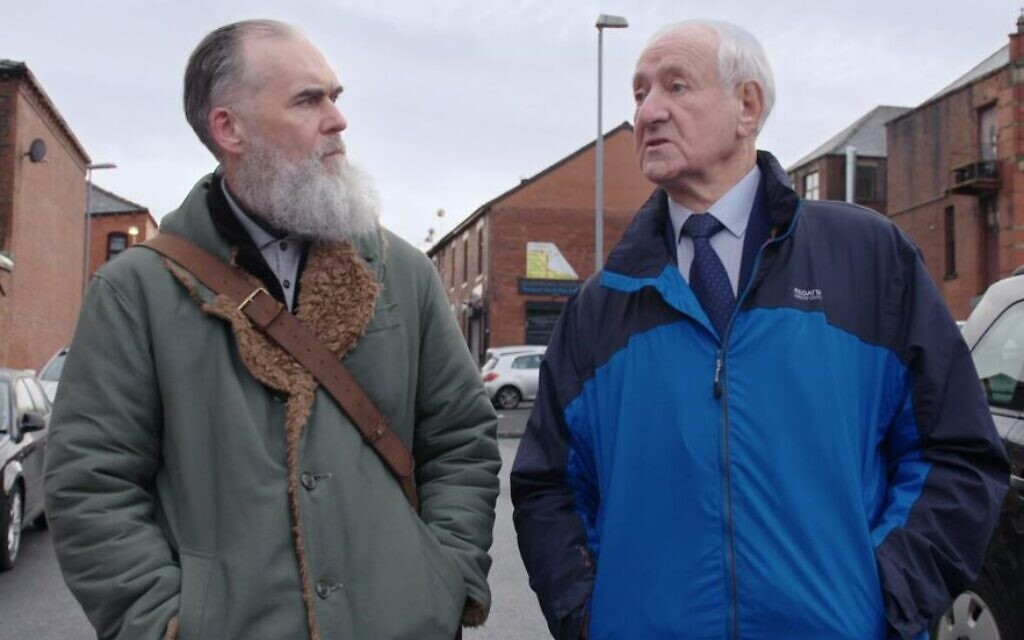 Nazi-hunter Stephen Ankier (right) and filmmaker David Wilkinson in ‘Getting Away With Murder(s).’ (Courtesy)

Even Israeli broadcasters, said Wilkinson, were not keen on supporting the sprawling Holocaust documentary.

“I was told a few times that Israel has more Holocaust documentaries than any other country,” said Wilkinson, whose film was also rejected by the Berlin Film Festival.

However, after the slew of commercial rejections, “Getting Away With Murder(s)” became a favorite of British critics. Wilkinson has been compared favorably to Claude Lanzmann of “Shoah” fame, and the influential “Guardian” voted the film its top documentary of the year.

“It was the power of the free press. Without them championing the film, I really do think it would have been ignored,” said Wilkinson.

An estimated 750,000 to one million people helped enact the Holocaust across Europe, according to historians, and fewer than 600 of these perpetrators received heavy sentences after the war.

“Most of the perpetrators lived long and often prosperous lives, even though so many were identifiable mass murderers,” said Wilkinson, who was granted use of hundreds of photos by the United State Holocaust Memorial Museum. 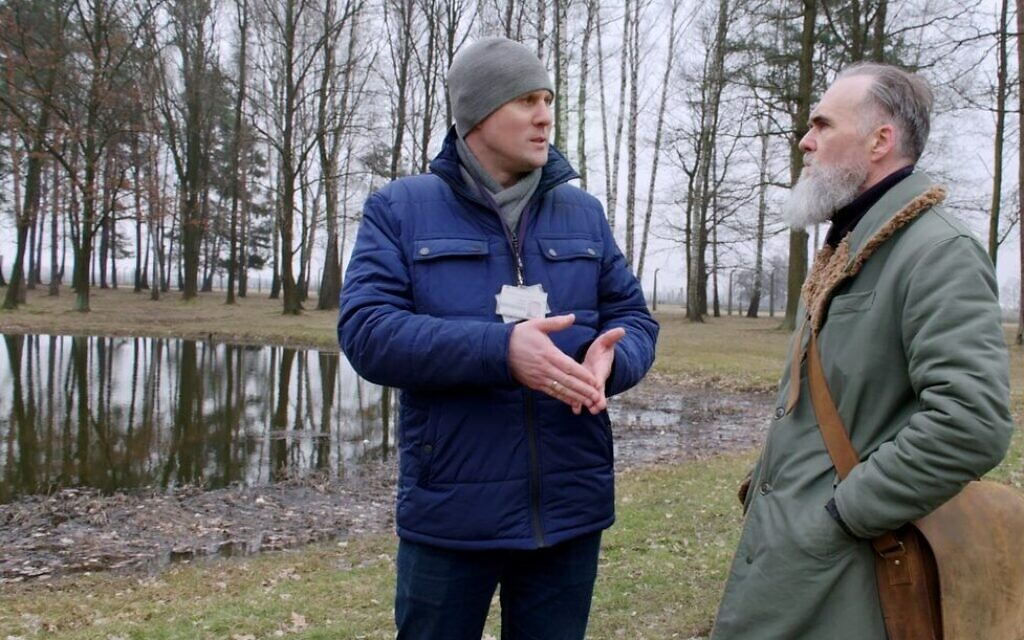 Lukasz Lipinski, a guide at the Auschwitz-Birkenau State Museum in Poland, with filmmaker David Wilkinson, next to a pond where victims’ ashes were dumped at the former death camp. (Courtesy)

To explain how so many perpetrators escaped accountability, “Getting Away With Murder(s)” includes interviews with — for example — 100-year-old Benjamin B. Ferencz, the last living prosecutor from Nuremberg, and modern-day Nazi hunters on the trail of perpetrators living out their final days.

In almost two decades of working on the film, Wilkinson learned that most people believe at least half of all German war criminals were punished. However, only several thousand people were held accountable for Germany’s war crimes, or about 1% of all Nazi war criminals.

At the end of World War II, at least 400 collaborators moved to Britain

As depicted in “Getting Away With Murder(s),” the presence of war crime perpetrators in Britain was well-known in government and police circles, but virtually nothing was done about it, said Wilkinson.

“At the end of World War II, at least 400 collaborators moved to Britain from the Baltic states, Ukraine, Belarus, and other formerly Nazi-occupied countries,” said Wilkinson.

“Some British people are quite offended when I point out that this country was not as wonderful to the Jews as portrayed, but it was truly shocking that we did not take more legal action against all these murderers who lived here,” said Wilkinson.

One of those mass killers lived in Edinburgh. His next-door neighbors were Jewish

“One of those mass killers lived in Edinburgh. His next-door neighbors were Jewish,” added the filmmaker.

Filming in 10 countries over the course of 18 months, Wilkinson deployed drones to striking effect at former killing sites, from the largest Holocaust killing field — Auschwitz-Birkenau — to largely unmarked massacre sites along the Baltic Sea.

‘They are continuing to inflict pain’

When Wilkinson visited Lithuania to film “Getting Away With Murder(s),” some locals approached him to say his documentary was based on lies.

“There are a sizable number of Holocaust deniers in those countries, despite living surrounded by memorials to those massacred,” said Wilkinson, whose film has aired in the Baltic states since July. 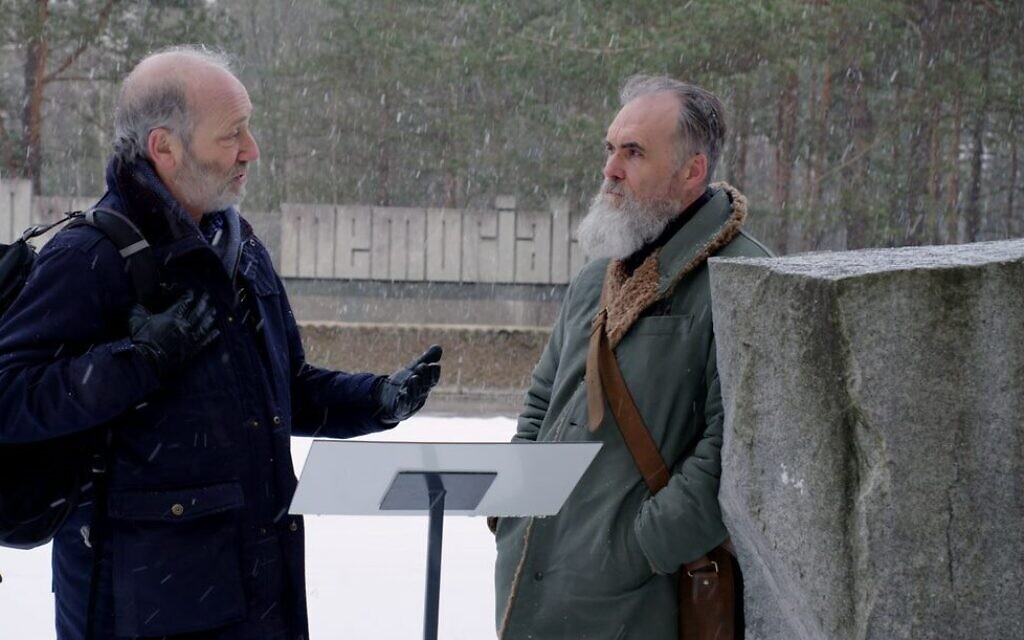 In Lithuania, the massacres of the Holocaust were sometimes initiated by local citizens, and not by German units. During the notorious Kaunas pogrom, for example, a carnival-like atmosphere prevailed as Jews were tortured and murdered by their neighbors.

“It’s good that people in those countries are seeing the film,” said Wilkinson, who made the acclaimed anti-BREXIT documentary, “Postcards from the 48%,” in 2018.

Holocaust denial, said Wilkinson, is more often than not a decision made by people who are educated and informed.

“[These people] know the Holocaust existed. You would have to be a strange kind of stupid not to know. The evidence is so overwhelming,” said the filmmaker.

“I think Holocaust deniers say what they say as a weapon to upset and unsettle the victims and their descendants,” said Wilkinson. “They are continuing to inflict pain.” 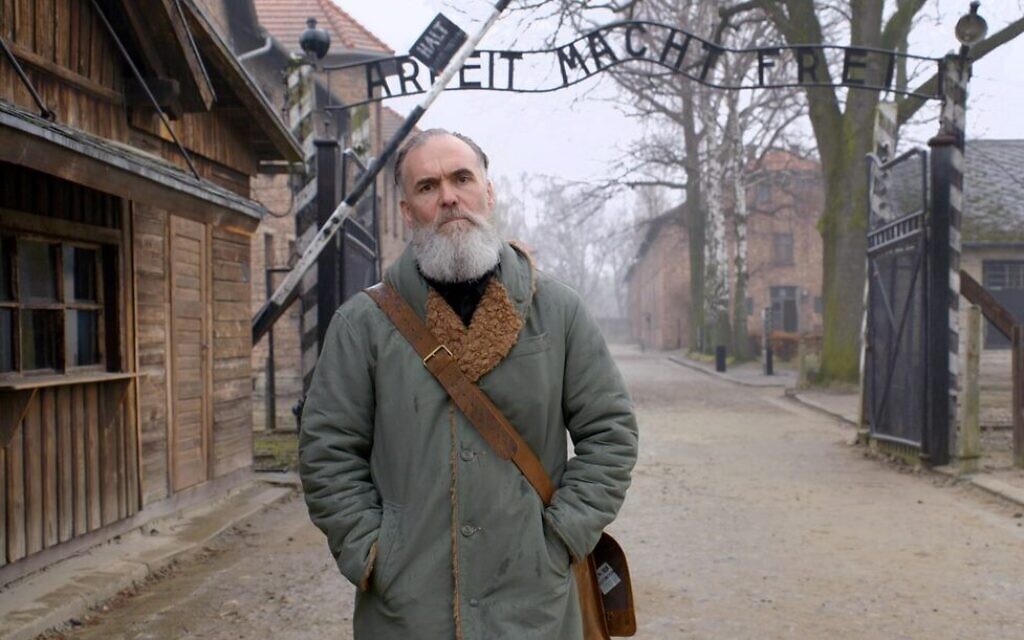 In the past two years, Wilkinson drove more than 10,000 miles in his small country to address audiences at more than 50 screenings, most of them during pandemic lockdown.

He chose to have the documentary’s world premiere in York, England, because in 1190 the entire Jewish population of that town was massacred by neighbors. The filmmaker spoke about the massacre in his remarks, as well as the through-line of antisemitism from those times until today.

“In this country, some people keep banging on about we were the only country in Europe to help the Jews [during the Holocaust],” said Wilkinson. “We use what Nicholas Winton did as if it was government-sanctioned and the number of children rescued was in the hundreds of thousands.” 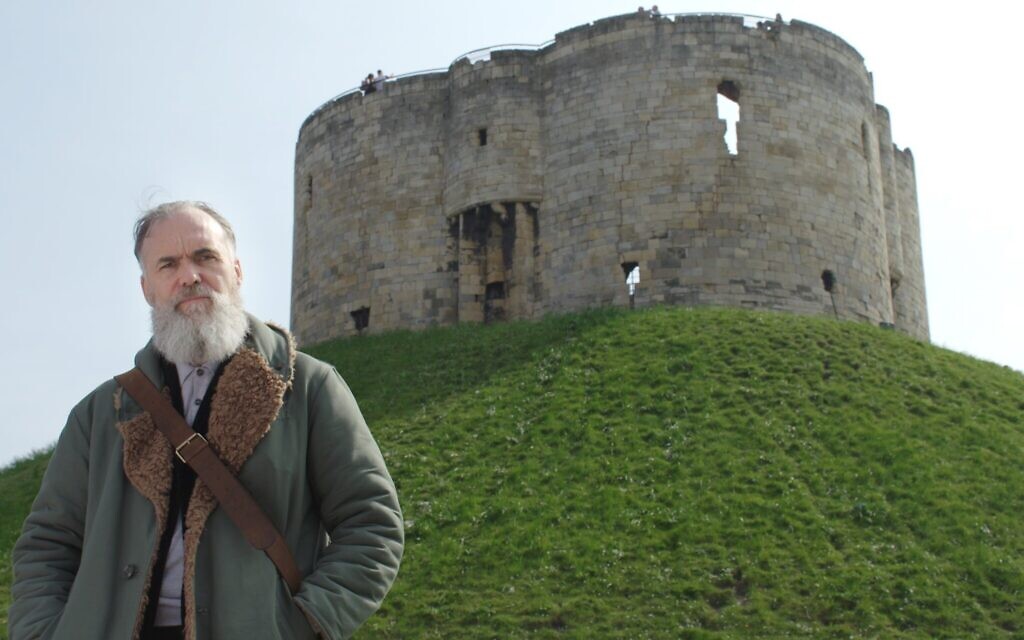 Filmmaker David Wilkinson at a castle in York where the entire Jewish community was murdered in 1190. (Courtesy)

Added Wilkinson, “No one ever seems to ask, ‘What about the Jewish children’s parents?’ Yes, we let some children in, but the parents and grandparents were left to be murdered.”

In Britain, Wilkinson was the target of a lengthy verbal attack several years ago, when a man on a public bus mistook the filmmaker for a Jew. The bearded Wilkinson — who is not Jewish — was wearing a black coat, black trousers, and a black hat, and the assailant proceeded to hurl antisemitic insults in the filmmaker’s face.

No one ever seems to ask, ‘What about the Jewish children’s parents?’

“Every single passenger ignored the 90-second tirade of appalling tropes, an echo of 1930s Germany,” said Wilkinson. “After that attack, I just decided to start filming the documentary with my own money,” he said.

The more Wilkinson researched and filmed over the years, the more he realized how complex the answer to his original question was.

“And that is why the film is 175 minutes,” said Wilkinson. “My sole motivation for making this film was simply to find that answer as to why so many got away with their crime — the crime of mass murder on an industrial scale.” 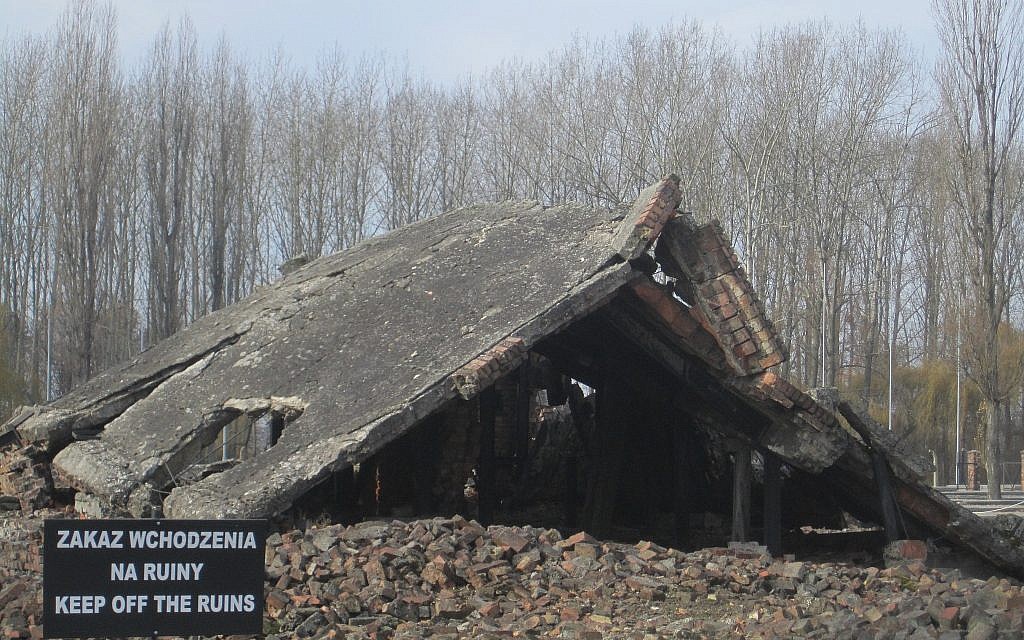 Ruins of gas chamber-crematoria complex at Auschwitz-Birkenau, the former Nazi death camp in Poland, October 2017. (Matt Lebovic/The Times of Israel)
Is our work important to you?