A full-sized giraffe peers down from the balcony of Tel Aviv’s Beit Ha’ir, the city’s first town hall, its long neck traversing the windows of the historic building’s top two floors. A colorful toucan perches on a nearby terrace, a two-hump camel gazes north, and a tarantula creeps out of the former office of legendary Tel Aviv mayor, Meir Dizengoff.

“ZOO Tel Aviv,” a recently opened art exhibition, has taken over this historic edifice. The creatures currently on view are all plaster models, but commemorate real lions, tigers and bears from the Tel Aviv Zoo, a beloved city attraction for 42 years of activity, from 1938 until 1980.

For nearly half that time, it neighbored the city’s current municipality at Rabin Square and housed around 800 cacophonous beasts. Municipal bureaucrats shuffled paperwork to a familiar soundtrack of trumpeting elephants and chattering monkeys.

In addition to the exhibition at Beit Ha’ir – displaying faux animals and graphic illustrations produced by students from Jerusalem’s Bezalel Academy of Arts and Design – Tel Aviv’s once iconic zoo is being commemorated this week with the release of a documentary film.

“There Are No Lions in Tel Aviv” (2019) is part of the Docaviv film festival, and recounts the curious story of how a zoo was established in the young Hebrew city, as the passion project of an animal-loving rabbi from Copenhagen.

“I’m always interested in stories that haven’t been told yet,” said Duki Dror, the film’s director, “and in people that shaped the places where they lived, but that history forgot.”

An elemental figure in the Tel Aviv Zoo was Mordechai Shorenstein, a Danish rabbi who immigrated to Tel Aviv in 1935 with two full birdcages and a desire to bring Tel Aviv’s children closer to the natural world.

Shorenstein started out small, with a pet store at 15 Sheinkin Street where he sold 200 varieties of birds (and some small monkeys). The store, which he called ‘The Zoo,’ was an immediate attraction for children and adults alike, who would come to Shorenstein’s shop from all over the city.

As Shorenstein’s collection of creatures expanded, he relocated from Sheinkin to a modest, single-story home closer to the beachfront on HaYarkon Street.

There are pictures of him walking lions Gibor and Tamar on leashes around Tel Aviv, as though they were dogs. But when the bear escaped one day (to be captured later by the municipal veterinarian), it became clear that another solution was necessary

His new address had a yard where his animals could spend their days outdoors, before sharing a roof with Shorenstein at night. Shorenstein kept snakes there, a bear, a singing parrot named Valencia, two leopards, and a pair of lions called Gibor and Tamar that he had received as cubs from a zoo in Cairo.

He was known as Rabbi Dolittle.

For the most part, Shorenstein and his housemates meshed with the expanding seaside neighborhood. There are pictures of him walking Gibor and Tamar on leashes around Tel Aviv, as though they were dogs. But when the bear escaped one day (to be captured later by the municipal veterinarian), it became clear that another solution was necessary and plans were set into motion to create a proper zoo.

A “Friends of the Tel Aviv Zoo” organization was founded, and it circulated a petition urging the municipality to grant Shorenstein land to set up a zoo.

City Hall agreed to the plan, allocating an unused orchard plot in what was then a distant northeastern corner of the city. The new location was so far away from Tel Aviv’s center, at the time, that Shorenstein was concerned no one would make the trip and had advertisements hung all over the city, some illustrated by established artists such as Nahum Gutman.

Shorenstein’s fears were unfounded; when the zoo opened in 1938 it was an immediate success. In archival video footage of the zoo from its inaugural year, included in “There Are No Lions in Tel Aviv,” the narrator notes that “of all the cultural institutions in Tel Aviv, a special standout is the zoo.”

Roughly 50,000 people visited the new zoo within its first year, at a time when Tel Aviv’s population numbered around 120,000.

“The residents of Tel Aviv [and even more so – the Arab residents of Jaffa] appreciate this valuable enterprise and visit often,” wrote Israel Aharoni, the first regional zoologist and coiner of Hebrew names for many animal species, in a 1945 letter to Tel Aviv mayor, Israel Rokach. “The zoo has become an important factor in the life of everyone, irrespective of status or age.”

In its first couple of decades, the zoo kept expanding – taking over more land, and adding animals who were feted with parades as they made their way to their new home. But Tel Aviv was expanding, too, and by the 1960s the zoo – once in the uninhabited outskirts of town – found itself in the middle of a residential neighborhood.

Some apartment buildings were as close as six meters from the zoo. Neighbors soon started complaining about the noise and the stench, petitioning the mayor to move the animals. Plans were drawn in the mid-1960s for the zoo to relocate to Tel Aviv’s largest green space, Park HaYarkon, but it remained north of Rabin Square until the Ramat Gan Safari opened in 1980.

The animals were then shuttled over one by one to their much greener and more spacious living conditions; today, two Tel Aviv zoo expats are still alive – elephants Motek and Varda. 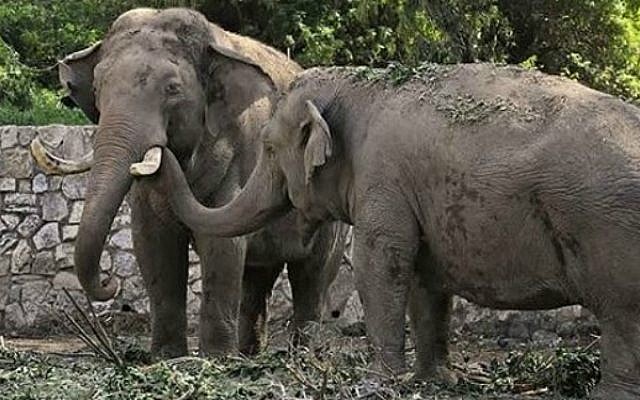 For filmmaker Dror, who spent four years researching the zoo after learning about its history from artist Zeev Engelmayer, Shorenstein is the most interesting figure among the zoo’s wild cast of characters. 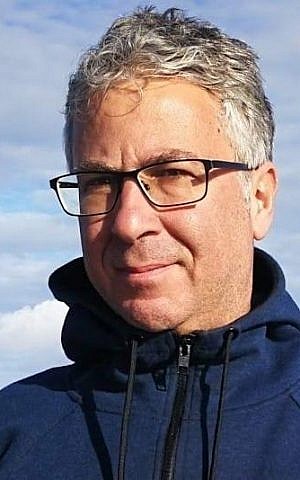 “It’s a story that sheds light on people that I feel were the most surprising and most influential in our lives, people that created something from nothing and thought differently,” said Dror. “We live in a time where we don’t see those people anymore.”

Engelmayer, who has been assigning Shorenstein as a visual subject to his Bezalel students for the past few years and helped curate “ZOO Tel Aviv,” commented, “the story of Mordechai Shorenstein is the story of Israel’s Dr. Doolittle.

“The story is a wonderful, sad one, of someone who had an obsession and a crazy vision, and managed to make it a reality. It’s got everything you could ask for in a story.”