This month, 19-year-old Noam Kaniel will be drafted to the Israel Defense Forces. Like all new recruits, he is both excited and nervous. Kaniel, however, has the additional challenge of being among the very few transgender individuals serving in the IDF.

Kaniel is one of four transgender teenagers featured in “Transkids,” a five-part documentary television series that first aired on Israel’s yesDocu channel in March 2019, and is now available via VOD streaming. A film version has also screened at international film festivals.

Nominated for four 2020 Israeli Academy of Film and Television awards, “Transkids” is a fascinating and sensitive window into the lives of these young people with gender dysphoria and their families. The teens are from different cities, and different religious and socio-economic backgrounds, but they all must deal with the common realities of Israeli life — including mandatory military service.

Most notably, the teens’ families are supportive of their children through their transitions — something that cannot be taken for granted.

“My family and I made a deliberate choice to participate in this project. We wanted to counter the negative portrayal in the media of transgenders and their families. We wanted to show that it can be different, that there can be good relations between trans teens and their parents,” Kaniel said.

Filmed over four years by Emmy-nominated director and producer Hilla Medalia, the series makes viewers privy to the emotional, physical and social effects of the hormone treatments and surgeries that turn young female bodies to male, and vice versa.

It is uncomfortable watching Liron Matzas writhing in pain as he enters a procedure to retrieve and store his eggs, which he decides to do before starting to take androgens. It turned out that the follicle-stimulating hormones administered prior to the procedure caused a large cyst on one of his ovaries, causing his agony. 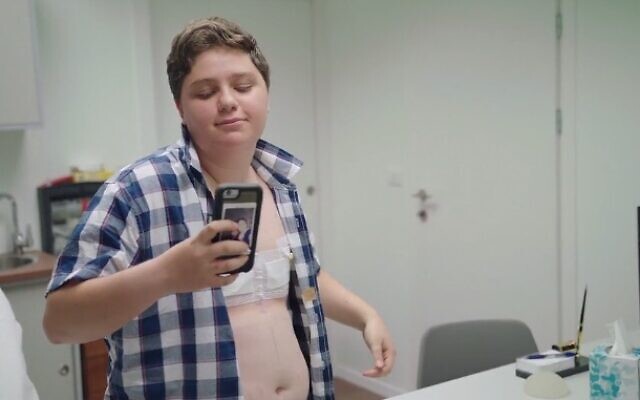 It is similarly hard to observe Matzas and another of the teens, Ofri Shemesh, undergo mastectomies — what is known as “top surgery” in the transgender world. Equally adamant about wanting to make physical changes is Romy Abergel, a male-to-female transgender teen, who is keen on bottom surgery. She, however, is thwarted (for the meantime) by the fact that it is illegal before age 18, and also extremely expensive.

All the while, their elders are there for them, despite the excruciating knowledge that the various hormone treatments and surgeries are permanent and irreversible. The parents and grandparents go through a grieving process as their son or daughter’s outside becomes aligned with who they feel they have always been on the inside.

“Nobody chooses to be transgender. None of those kids woke up one morning and decided to be trans. It’s something stronger than themselves,” Medalia said. 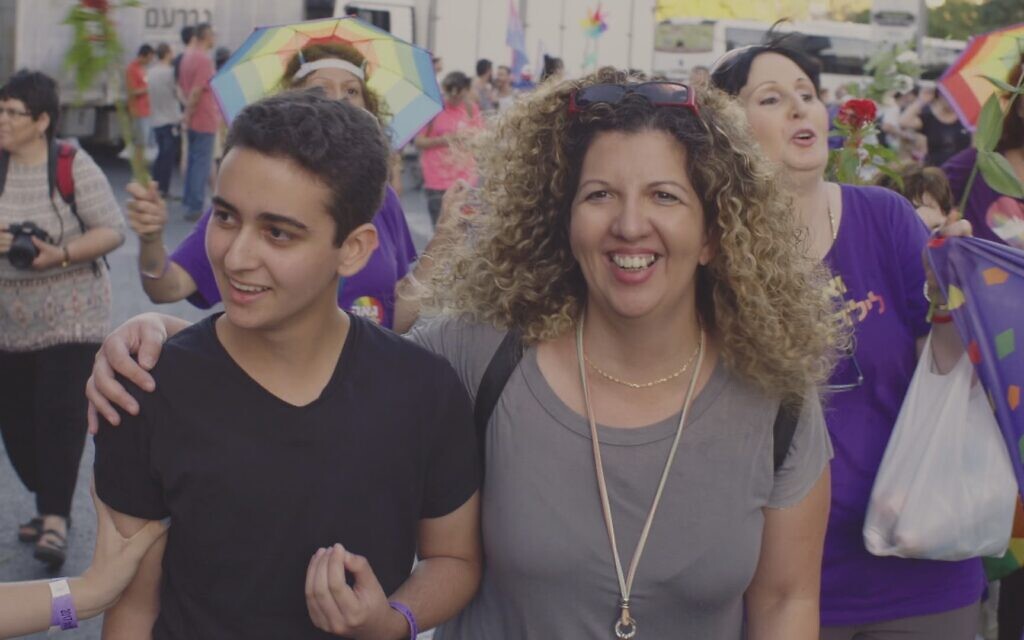 This familial support is crucial. Kaniel mentions in the film that he doesn’t know of any transgender teen who has not at some point thought about suicide. His statement is backed up by statistics indicating that transgender people are at a higher risk of suicide due in part to lack of family support.

Medalia, 42, was living and working in New York when she first became interested in the subject of transgender children and teens, but decided to make “Transkids” only once she had moved back to Tel Aviv five years ago. By making her series specifically about Israeli teens, she would be able to include the tzav rishon — the mandatory initial call up for military service that all Israelis experience at age 16 and a half. The tzav rishon involves interviews, cognitive tests, and physical examinations. All these help the military decide the position in which the person should serve once they are drafted, usually shortly after they turn 18 and have completed high school. 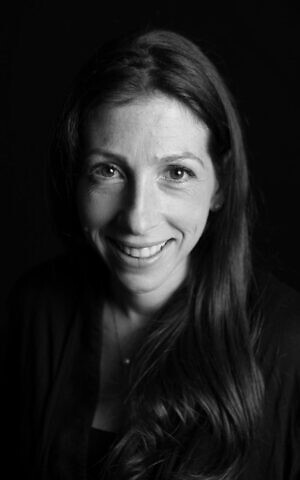 The four subjects of the series respond differently to the draft call. For Kaniel, who lives in a Modern Orthodox settlement located on the Green Line, it was always a given he would join the IDF. Despite a warning from his older brother, a career officer, about insensitivity he witnessed toward transgender soldiers, Kaniel is determined to serve.

“I’m actually disturbed by the obstacles placed in front of transgenders who want to serve. We are asked if we want to serve, and as far as I know, most transgenders have to undergo psychological evaluations. It should be automatic that we serve,” Kaniel said.

According to the IDF, there are dozens of transgender individuals currently serving in the military, although the exact number was not made available to The Times of Israel.

When asked about transgender teens and the draft process, the IDF stated that such individuals go through the same process as everyone else and are given roles in the military that meet the IDF’s needs, while taking into consideration individual factors. They are drafted as the gender with which they identify. Transgender soldiers are given support by their commanders and by someone specially assigned in the Gender Affairs Advisor to the Chief of Staff unit. Like all soldiers, they are provided medical care through the IDF’s medical service. The only special  consideration transgender soldiers receive is with regard to sleeping, showering and restroom arrangements. 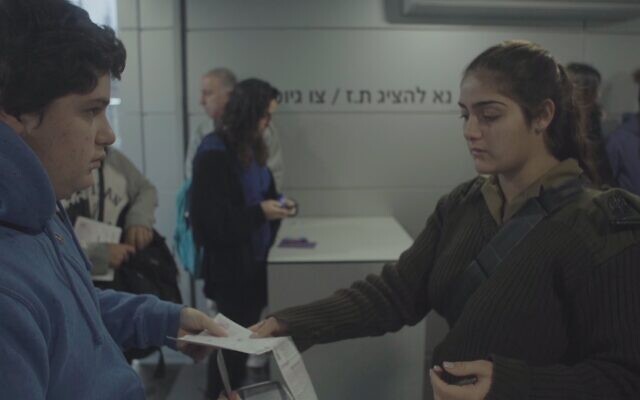 Things were much more difficult for Ofer Erez when he was drafted to the IDF in 2012. Now the director of public affairs for the Israel Religious Action Center (IRAC), Erez was the first transgender officer in the IDF, and served for a total of six years.

“I wanted to be honest with the IDF, but I was also afraid of transphobia. At the time I was drafted, the IDF didn’t know how to handle it,” Erez, 26, said of the fact that he presented as a male but his identification papers stated he was female. (It was only earlier this year that Israel began allowing transgender individuals to change their gender on their government-issued IDs without having undergone gender reassignment surgery. The government’s approval committee will also no longer require transgender individuals to undergo hormone therapy. Finally, the new guidelines allow people as young as 16 to have their gender changed on their IDs.)

“When I asked for men’s uniforms, they said no and gave me a mental evaluation,” he said. 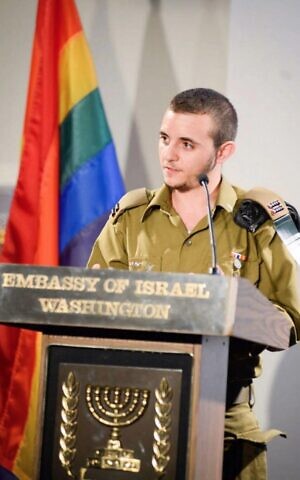 As a result, Erez “went back in the closet” upon entering the army and did basic training and advanced training as a female soldier. It was only when he was toward the end of his officers’ course (to which he was admitted after his psychological profile was revised) that he came out not only to his superiors, but also to his fellow cadets.

“I came out at that point because I wanted to help prepare my colleagues for dealing with people like me in the future. It was at that point that I started serving as a male and started hormonal treatment,” Erez said.

According to Erez, the IDF must accept a person as they are, especially when that person, as an Israeli, is obligated to serve. At the same time, he emphasized that the military is not the right framework for every transgender person.

“I support asking all teens if they want to serve. Not everyone can fit into the military system, which is harsh and strict. Some people don’t fit in to this kind of organization — not only people with gender dysphoria. This is why the IDF takes time to look at each individual and protect people from being hurt,” he said.

Of the four teens featured in “Transkids,” only Kaniel and Abergel have been drafted. Shemesh is working, and Matzas is doing civilian national service. 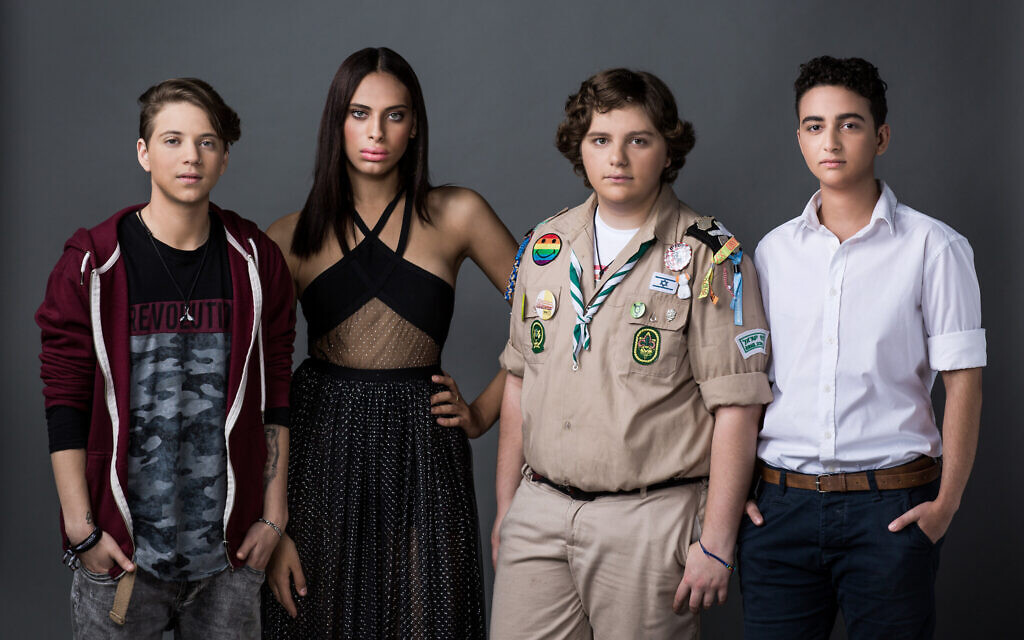 “I had a draft date, and got an exemption right before I was supposed to show up to be drafted,” Matzas said.

Matzas, 20, said it was difficult for him to function in structured systems, especially ones he doesn’t want to be in.

“The army is a tough place. I know my limitations and that the IDF is not a place for me to build myself up. The transition process left me with a lot of scars and I am still working things out,” said Matzas, who volunteers at a program that does riding therapy with disabled teens and young adults.

The four “Transkids” teens are each in their own way charting their futures as the young men and women they have always felt they were. At the same time, being part of the documentary has allowed them to reflect on the brave path they have taken.

“It has helped me look back and see how strong a person I am,” Matzas said.