In his seminal work, “Last Child in the Woods,” Richard Louv theorizes that humans have a genetically hardwired connection to the natural world.

It’s a connection that springs to life with the blossoming of a tree or flower, stimulating a kind of joy that transcends aesthetics and harkens back to a time when flora in full bloom was an unmistakable symbol of human sustenance.

The dependence on nature’s bounty is behind the Bible’s mentions of more than 100 plants, often for symbolic reasons that can enhance an understanding of the texts.

On Wednesday night and Thursday, Jews in Israel and around the world will mark the minor holiday of Tu Bishvat, celebrating nature by planting trees and eating (often dried) fruit, and paying closer attention to arboriculture.

It’s a bit early, as most trees and other species will still be in wintry slumber, but not the almond tree, which begins to flower in Israel around this time, becoming the first of the spring bloomers to strut its stuff. 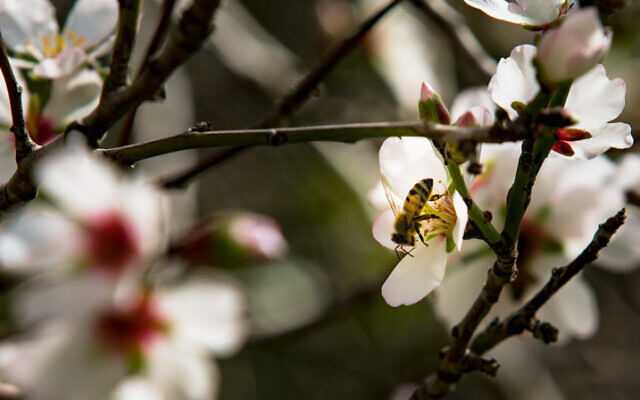 A member of the rose family, it is to Israel what the cherry blossom is to Japan, a tree that produces tens of thousands of delicate white or pink flowers, all the more prominent because they bloom before the emergence of leaves.

By producing so many flowers, the almond hedges its bets, upping its chances that at least some will be pollinated and fertilized.

The wild almond is actually a bush whose fruit is bitter and whose seeds release cyanide when bitten into. This is a defense against herbivores. The common almond (Amygdalus communis) trees that produce sweet fruits are cultivated, even if they often self-seed, and are found in wilder locations. 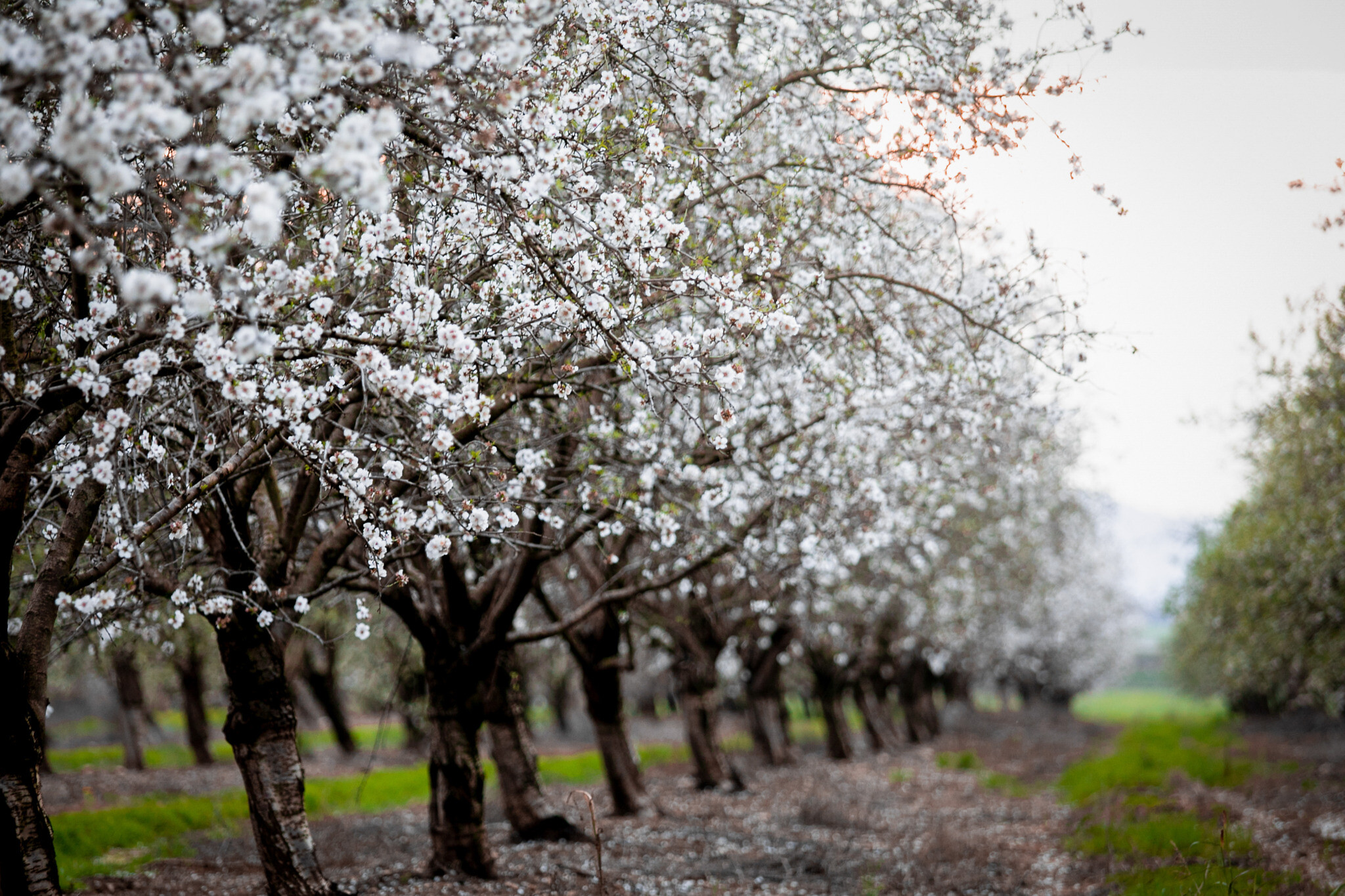 In the Bible, a miracle involving an almond branch determines that the Tribe of Levi would be chosen to provide Israel’s priests.

The Israelites are at a low point. Korah has tried to lead a rebellion against Moses, and God has punished him and his accomplices while sending the plague to finish off the thousands of men who have supported them.

In Numbers 17, God instructs Moses to obtain a staff, or branch, from each of the 12 tribal leaders and to put them into the tent of meeting in front of the Ark of the Covenant.

“The man whom I shall choose, his rod shall bud; and I will make to cease from Me the murmurings of the children of Israel, which they murmur against you,” the Lord tells Moses in Numbers 17:20.

Moses does as he is told.

“And it came to pass on the morrow, that Moses went into the tent of the testimony; and, behold, the rod of Aaron for the house of Levi was budded, and put forth buds, and bloomed blossoms, and bore ripe almonds,” reads the scripture. 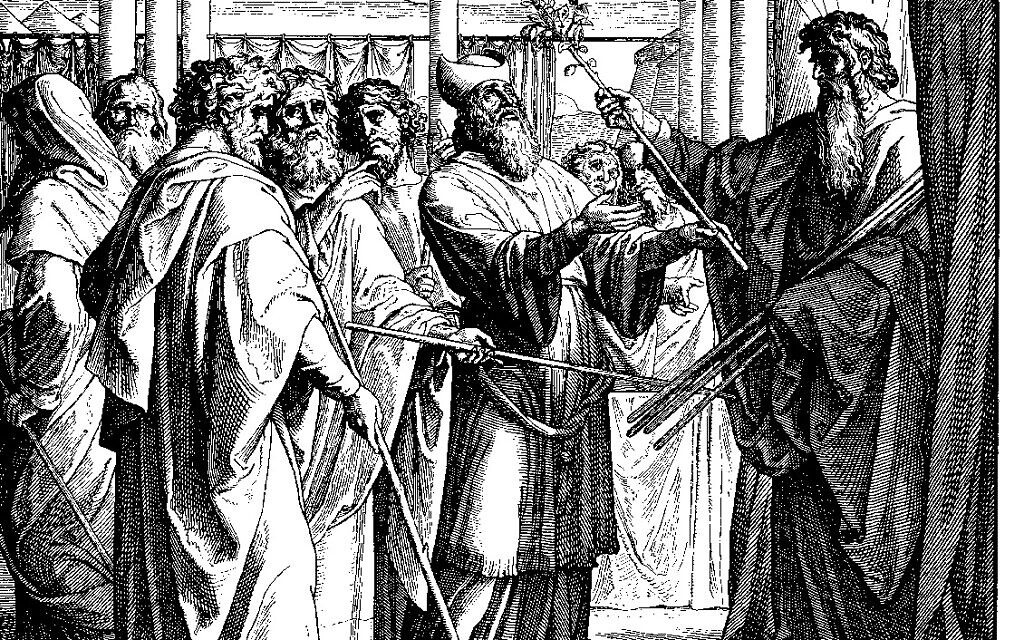 God then spells out to Aaron, head of the Levite tribe, what responsibilities his family and his descendants will have in the holy sanctuary.

Why almonds? In nature, the almond flowers first, but takes a long time to produce ripe fruit. This particular branch developed buds, blossomed and produced ripe almonds all at the same time — something that any farmer of the period would have known to be impossible but for a miracle.

In another context, at another time, an apocryphal fifth-century BCE thinker named Ahikar instructed his followers to imitate the mulberry tree — which does fruit soon after flowering — rather than the almond, which takes its time.

Another reference to the almond appears in the Book of Exodus (25:32-3), when God gives clear instructions on how he wants the sanctuary to look. 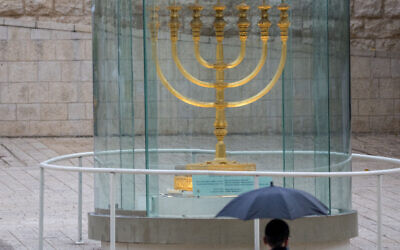 From the Hebrew word for almond, “shaked,” comes another word, “shakdanoot.” This is applied to an industrious person and to someone who studies Torah with perseverance and diligence. In the Book of Jeremiah (1:11-12) “shakdanoot” also denotes watchfulness.

“Moreover the word of the LORD came unto me, saying: ‘Jeremiah, what seest thou?’ And I said: ‘I see a rod of an almond-tree.’ Then said the LORD unto me: ‘Thou hast well seen; for I watch over My word to perform it.'” 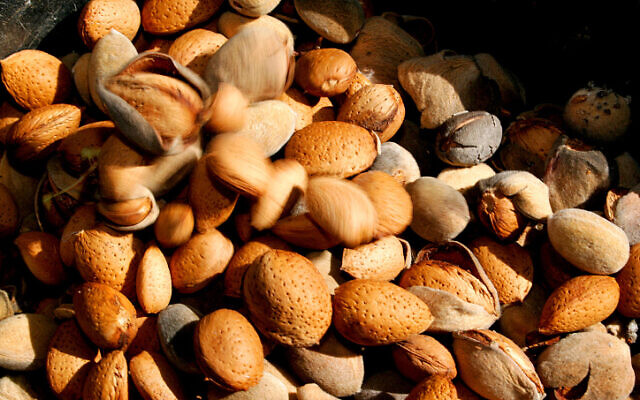 In Christianity, the almond, with its seed concealed behind an outer hull and a hard shell, symbolizes the purity of the virgin and the hidden godliness within the human shape of Jesus. 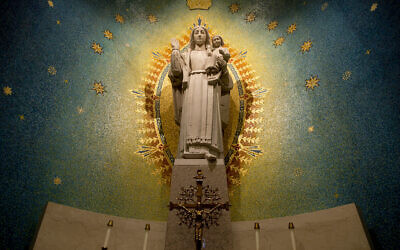 In this Sept. 1, 2015, photo, a statue of Our Lady of Siluva, the Virgin Mary in Siluva, Lithuania, is seen in the Basilica of the National Shrine of the Immaculate Conception in Washington. (AP/Carolyn Kaster)

This is why Christian icons often feature the Virgin Mary and Jesus Christ within an almond-like mandorla, or frame. (Mandorla means almond in Italian.)

Tu Bishvat (literally the 15th day of the Hebrew month of Shvat) does not appear in the Bible. It is first mentioned in the Mishna (the written collection of rabbinic teachings) as the “new year of trees,” as set by the School of Hillel, while the School of Shammai determined that this new year fell on the first day of Shvat.

In fact, as Medieval Jewish scholar Maimonides explains in his commentary on Tractate Rosh Hashana, rather than marking a festival, Tu Bishvat signified the end of a fiscal year for the purposes of tithes. 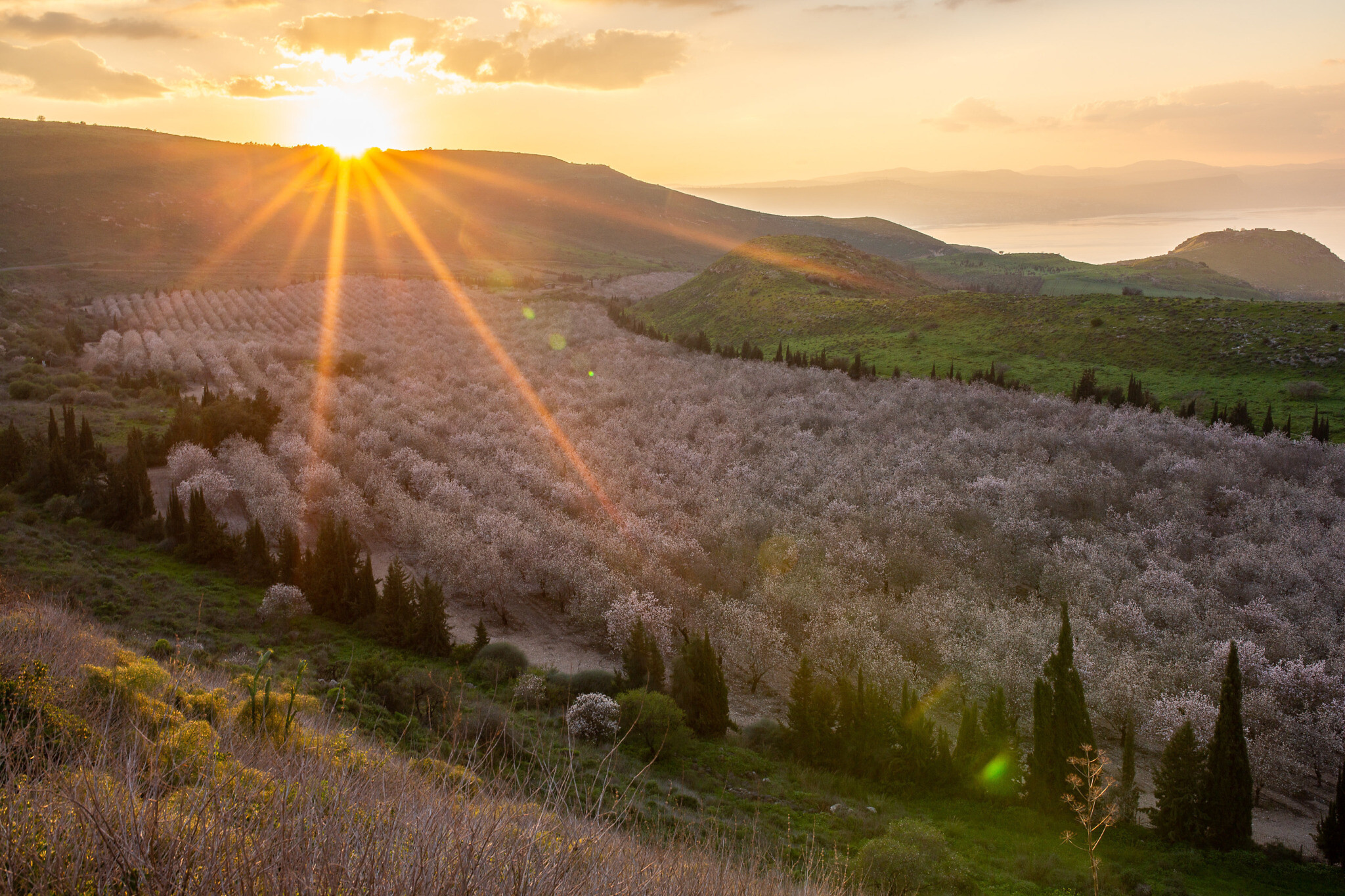 View of the blossoming almond trees in the Golan Heights, on February 11, 2019. (Maor Kinsbursky/Flash90)

Most fruit trees in Israel are deciduous. They lose their leaves in the fall and become dormant, starting to come back to life around the month of Shvat, which usually falls around February.

As Nogah Hareuveni explains in “Nature in our Biblical Heritage,” fruit that began to form before the 15th of Shvat would be taxed along with other crops for the year that just ended, while those that began to take shape after this date would be taxed in the following year.