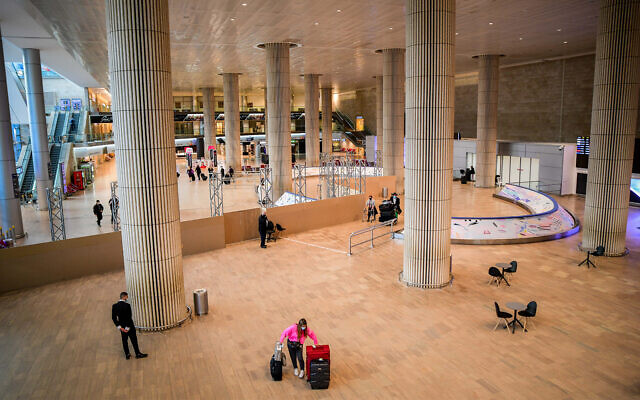 Passengers walk in the arrivals hall at the Ben Gurion International Airport near Tel Aviv on March 8, 2021. (Avshalom Sassoni/ Flash90)

Government ministers vote to end the cap limiting the number of Israelis permitted to enter the country to 3,000 a day.

The restriction was already set to expire at midnight, days before the March 23 elections, after the High Court of Justice ruled Wednesday it was unconstitutional.

Ministers, however, approve limiting the number of daily flights to the airport’s “effective capacity,” with a joint statement from the Health Ministry and Prime Minister’s Office says citing testing and social-distancing requirements. The statement doesn’t specify what the new limitation will be.

The ministers also vote to scrap the Exceptions Committee that approved who is allowed into Israel.

The new ordinances will be in effect until March 28.