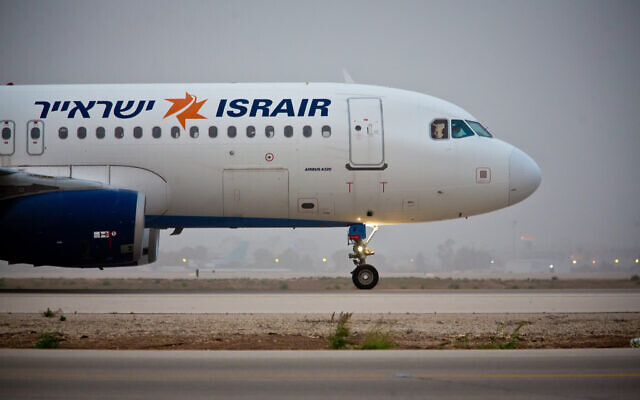 Ben Gurion Airport marked a record low Wednesday amid the coronavirus pandemic, with only a single passenger flight leaving the country in what would usually be peak season with some 300 departing flights.

The single Israir flight left for Lisbon, Portugal in the morning to pick up stranded Israelis. The flight was scheduled to return later in the evening, while the only other incoming flight on the arrivals board was a United Airlines flight from Newark.

Air traffic worldwide has dropped by some 80% since the outbreak of the coronavirus and in Israel has come to an almost complete standstill.

The Health Ministry said on Tuesday that arrivals from the US have accounted for far more of Israel’s foreign coronavirus infections than any other country, with 40%, or 569, of those infected abroad coming from the US.

The cabinet on Sunday approved emergency ordinances requiring all people arriving in Israel from overseas to be housed at state-run quarantine hotels upon entry to the country. All arrivals will be housed there for 14 days to ensure they are not infected with the coronavirus.

The director-general of the Health Ministry can make exemptions, allowing people to quarantine elsewhere for “health and humanitarian reasons or other special circumstances,” after consulting with the head of the IDF’s Home Front Command, a statement said.

The new action came after it became clear that incoming passengers to Israel were not all being quarantined despite Prime Minister Benjamin Netanyahu’s orders to do so last week, and that arrivals on numerous flights were being allowed to enter the country and go home, sometimes via taxi, without being required to enter state-overseen quarantine or even having their temperatures checked.

On Saturday morning, some 70 passengers on a United Airlines flight from the virus-stricken New York area arrived at Ben Gurion Airport and were allowed to travel home. The flight had received exceptional approval from authorities to land in Israel despite the current lockdown.