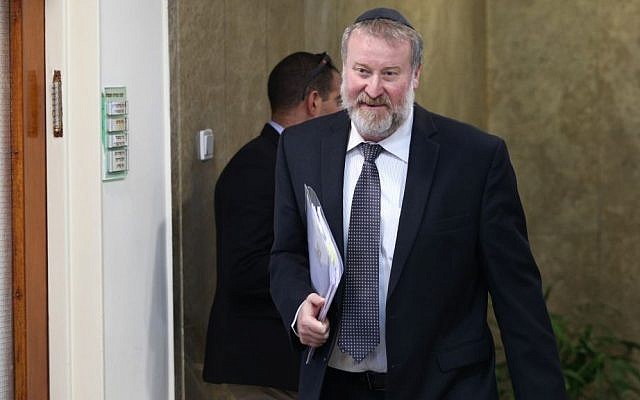 Attorney General Avichai Mandelblit has rejected the idea of expelling families of Palestinian terrorists to the Gaza Strip, shooting down an idea which has been touted by Likud ministers as a further deterrent to prevent lone wolf terror attacks.

According to the report, several Likud ministers have raised the expulsion option during cabinet meetings in recent weeks in the wake of five months of near daily attacks by Palestinians on Israeli civilians and security forces.

A source who was present during the debates claimed that it was only Mandelblit’s objections that prevented the policy from being implemented already.

Last Thursday the Ynetnews website reported that Prime Minister Benjamin Netanyahu expressed support for expelling families of terrorists and that he claimed the legal red tape preventing the move was a misinterpretation of the Geneva Convention.

“There is one thing we have not managed to do,” Netanyahu reportedly said at a Likud meeting. “We have not managed to bring about the deportation of terrorists’ families. We cannot do this because the courts define this as a war crime. That is how it is defined in the Geneva Conventions, etc. 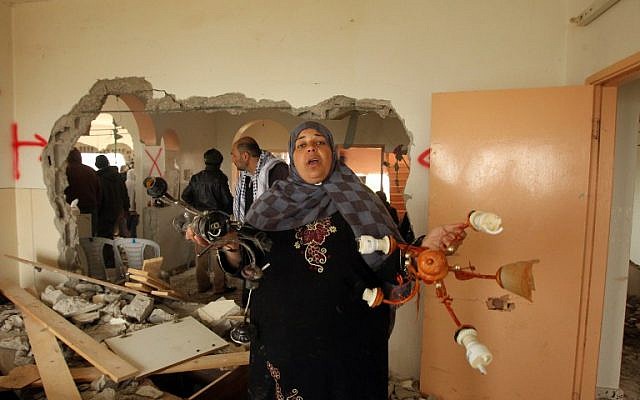 Relatives inspect the damaged interior of the home of Mohammed al-Harub, a Palestinian man accused of opening fire at a junction near Israeli settlements in the West Bank then ramming his car into a group of pedestrians, after it was demolished by Israeli bulldozers near the West Bank village of Dura on February 23, 2016. (AFP / HAZEM BADER)

A number of other measures used by Israel as deterrent measures, such as home demolitions, closing off hometowns of attackers and revoking work permits, have been criticized as a form of collective punishment.

Twenty-nine Israelis and three foreign nationals have been killed in a wave of Palestinian terrorist attacks and violence since October. Over 170 Palestinians have also been killed, some two-thirds of them while attacking Israelis, and the rest during clashes with troops, according to the Israeli army.

The attacks do not appear to have an organized leadership and have been carried out by individual or groups of Palestinians apparently acting on their own accord.

Mandelblit, who served as cabinet secretary for the Netanyahu government, took up the post of attorney-general at the beginning of the month.

In one of his first decisions in the position, Mandelblit said Israel should spare the house of Shadi Ahmad Matua of Hebron, because the gunman’s father had handed him in to the Shin Bet security agency. Matua, aged 28 and married with two children, is accused of killing Rabbi Isaac Litman, 40, and his 18-year-old son Netanel in a shooting attack in November. His father and brother turned him in shortly afterwards, fearing their home would be demolished in retribution.