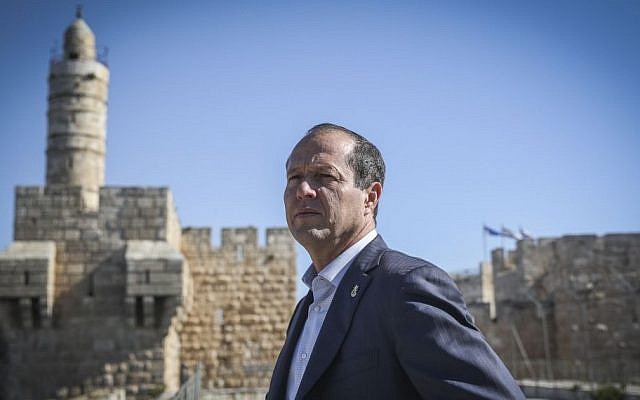 The Jerusalem Municipality on Tuesday threatened to shutter schools in the capital unless the security budget for the city’s schools is dramatically increased.

Citing the recent uptick in violence, city officials are demanding the ministries of finance, education and internal security — which oversees the police — provide funds to increase the number of hours that security guards are posted at the entrances to Jerusalem schools, according to Channel 2.

The announcement comes after the Jerusalem Parent Teacher Association said parents were considering keeping their children home from school out of safety concerns.

Cuts to the education budget in recent years has resulted in a decreased security presence at schools, with most guards leaving by 1:30 p.m., well before most schools let out at around 3 p.m., or after-school programs end at approximately 4:30 p.m.

According to the municipality, the strike, slated to begin Thursday, will only apply to middle and high schools, but will be expanded to elementary schools and kindergartens if the budgetary demands are not met.

“We’ve waited too long for a response on the security budget for the city’s children,” Jerusalem mayor Nir Barkat said. “In the current reality, every delay represents an abandonment of our children.”

Paz Cohen, the chairwoman of the Jerusalem PTA, said an increase in the security budget was long overdue.

“We’re asking for minimal protection for our children — a responsible and trained adult to be at the entrance to all educational institutions throughout the day,” she told Channel 2.

“If, God forbid, something terrible happens, the budget would be increased by much more. So why wait?”

Jerusalem has been at the epicenter of a dramatic uptick in violence in recent months. Four Israelis have been killed in Palestinian terror attacks since Thursday, two of them in Jerusalem. Two stabbing attacks in Jerusalem this week also left three wounded, including a toddler. Three Palestinian teenagers were killed in escalating clashes in the West Bank on Sunday and Monday.