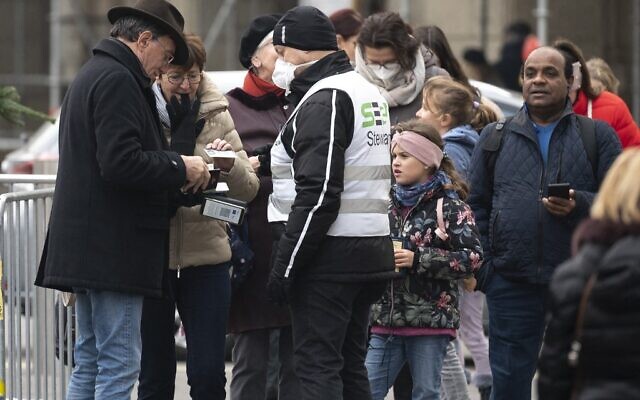 Security personnel check for vaccination passes of visitors arriving at the Christmas Market in front of Vienna's city hall in Vienna, Austria, on November 15, 2021. (Joe Klamar/AFP)

Austrian Chancellor Alexander Schallenberg said Friday that the country will go into a national lockdown to contain a fourth wave of coronavirus cases.

Schallenberg said the lockdown will start Monday and initially last for 10 days. Most stores will close, and cultural events will be canceled.

He initially said all students would have to go back into homeschooling. Wolfgang Mueckstein, the country’s health minister, later said that schools would remain open for those who needed to go there but all parents were asked to keep their children at home if possible.

“We do not want a fifth wave,” Schallenberg said, according to ORF. “Nor do we want a sixth or seventh wave.”

Austria had initially introduced a national lockdown only for the unvaccinated that started Monday, but as virus cases continued to skyrocket the government said it had no choice but to extend it to everyone. 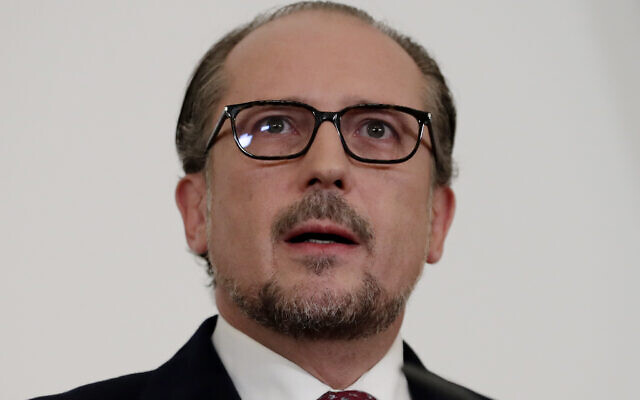 “This is very painful,” Schallenberg said.

The national lockdown will initially last for 10 days, then the effects will be assessed and if virus cases have not gone down sufficiently, it can be extended to a maximum of 20 days.

Austria, a country of 8.9 million, has one of the lowest vaccination rates in Western Europe. For the past seven days, the country reported more than 10,000 new infection cases daily. Hospitals have been overwhelmed with many new COVID-19 patients, and deaths have been rising again, too.

Join the Times of Israel Community Join our Community Already a member? Sign in to stop seeing this
You’re serious. We appreciate that!

That’s why we come to work every day - to provide discerning readers like you with must-read coverage of Israel and the Jewish world.