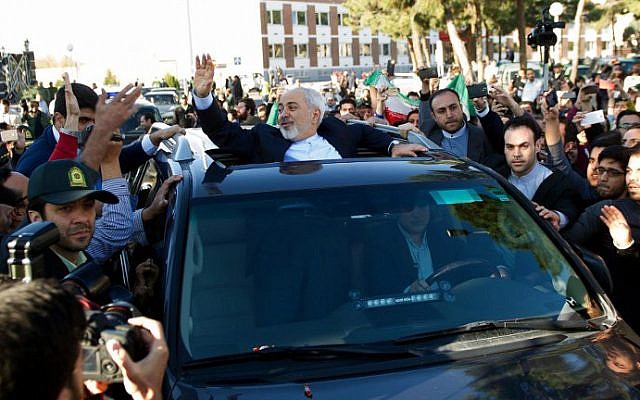 After months of negotiations between the P5+1 and Iran over a comprehensive deal, with two deadlines crossed in 2014, it was announced on April 2 that the framework for a final agreement has been reached. If we take the White House fact sheet on the parameters of an agreement at face value there are no doubt some positive elements: lowering the stockpile of LEU (lower enriched uranium) to 300 kg and stopping the plutonium route. But, there are also many troubling questions.

First and foremost, why were they not able to get a written framework agreement, and why the fanfare about a deal when there really is none? And of course, the Iranian interpretation of the deal – judging from Iranian FM Zarif’s negative reaction to the White House document, it seems they are not in sync with the US interpretation.

There are more questions that arise over the specific issues laid out in the document. For example, regarding the inspection of military facilities like Parchin, an investigation that Iran has been stonewalling for years. And more generally, how the PMD (Possible Military Dimensions) feed into the negotiation, and how, if at all, they will be linked to sanctions relief.

As for the Additional Protocol, will Iran’s adherence indeed be “provisional” and voluntary? Iran’s R&D work into more and more advanced centrifuges is an additional source of concern, as is the agreement to keep 1,000 centrifuges running in Fordow.

On the lifting of sanctions, what is the difference between “key nuclear related steps” and “nuclear related actions” – phrases used in different action points regarding sanctions relief. What would be included?

There are also elements of a spin in the US document – for example regarding centrifuges at Natanz: the document relates to installed (19,000) rather than operating (approximately 9000) centrifuges so that it can note that Iran will cut 2/3 of the centrifuges, rather than that it will actually continue to operate more than half of those that had been operating up until now.

But beyond these issues that will clearly be the topic of ongoing negotiations in the coming months, it is important to take a step back and focus on what is the true key to any assessment of the overall negotiation with Iran. And that is whether the deal would enable Iran to keep its breakout capability intact, and in a manner that would enable a quick move to nuclear weapons when it decides.

The importance of this cannot be overemphasized because this is Iran’s goal in the negotiations – to get sanctions relief while holding on to its ability to break to nuclear weapons in a manner that will leave the international community powerless to stop it.

This can theoretically happen in two ways. One is getting most of the attention of the P5+1, and that is the prospect of Iran violating the terms of the deal. In this regard the US has made the case that 12 months is enough time to both detect and effectively deal with any violation, and that the agreed framework upholds this goal.

This can certainly be challenged, especially taking into account the chain of decisions that will need to be taken after a violation has been detected, all the way up to taking action to counter it. And this assumes there is initial agreement (among whom?) that the violation is “real” and significant enough to confront Iran.

In 2004, Iran reneged on the deal it had concluded with the EU-3 while accusing the EU-3 of bad behavior. If this happens regarding a future comprehensive deal, after Iran has ensured that it maintains a quick route to nuclear breakout, what would the options be to stop Iran?

Unfortunately, Iran is not prone to making things easy for the international community, with blatant and easily detected violations that make it easy to gather support for a response. Rather, Iran is more likely to push the lines in a more subtle manner, slowly accumulating its gains without any one violation being blatant enough to warrant a swift international response.

But we also need to consider the second option that Iran has: the perhaps more realistic scenario whereby at some point Iran simply decides to exit the deal. In this scenario, Iran would most likely do so after accusing the West of not upholding its end of the bargain – on sanctions relief for example. So it wouldn’t be a case of an Iranian violation, but rather a decision to defect, using the excuse that the other side is not complying with the terms.

This is precisely what happened in 2004 – Iran reneged on the deal it had concluded with the EU-3 while accusing the EU-3 of bad behavior. If this happens regarding a future comprehensive deal, after Iran has ensured that it maintains a quick route to nuclear breakout, what would the options be to stop Iran?

Enabling Iran to maintain its nuclear breakout capability – with the illusion of being able to stop it in time, and ignoring the option of Iranian defection because of complaints directed to the other side – is a recipe for failure to stop Iran whenever it decides to move to a military nuclear capability.

Attempting to “manage” the situation is a poor substitute for dismantlement and prevention. And nothing in the recent agreement changes that reality.

Emily B. Landau is Head of the Arms Control program at the Institute for National Security Studies (INSS), Tel Aviv University. She is author of ‘Decade of Diplomacy: Negotiations with Iran and North Korea and the Future of Nuclear Nonproliferation’