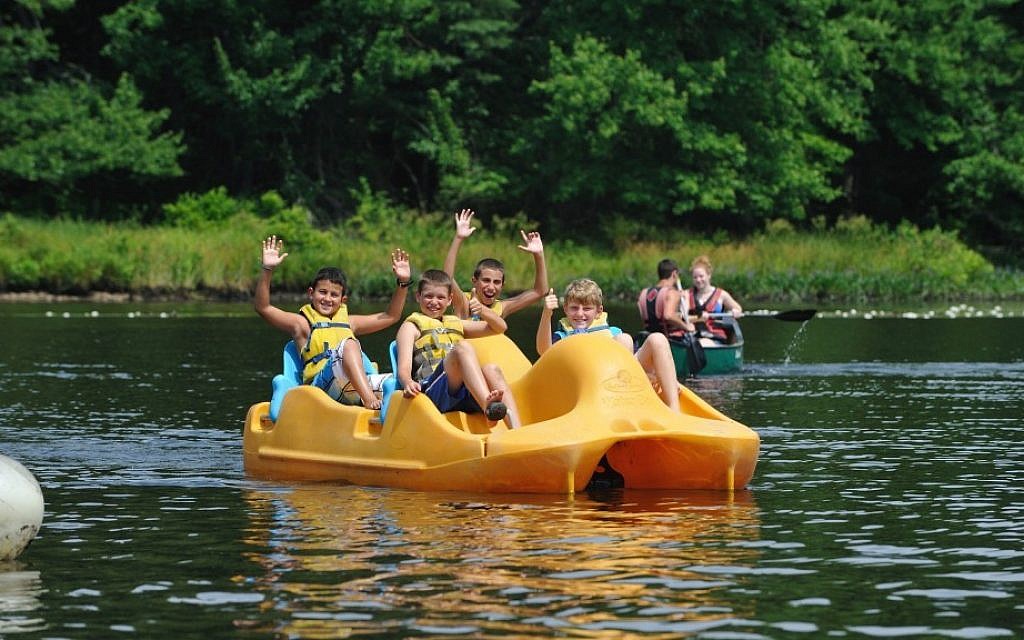 It will be difficult to provide the feeling of summer camp while social distancing, but camps are pivoting to adapt to the coronavirus outbreak. (Courtesy the Foundation for Jewish Camp/via JTA)

Sheket bevakasha! (quiet, please) — as anyone who has ever encountered a group of summer campers could predict — ranks high in the pan-camp Hebrew lexicon, according to a new study of Hebrew at Jewish summer camps released this week.

The study, “Connection, not Proficiency: Survey of Hebrew at North American Jewish Summer Camps,” reports initial findings of broader research to be presented in a 2017 book by scholars Sharon Avni, Sarah Bunin Benor and Jonathan Krasner.

As indicated by the survey’s title, the academics (who, in their bios, proudly identify themselves as former campers and current parents of campers) discovered that the end game of Hebrew usage at North American summer camps is not language fluency. Rather, the 103 camp directors surveyed from a variety of Jewish sleepaway camps reported, “it is a vehicle for nurturing feelings of belonging to the camp community and the broader Jewish community, as well as connection to Jewish sacred texts, Israel, and the Jewish people.”

Hebrew at camp, therefore, is not necessarily about communication with other Hebrew speakers. Rather it is a tool for inclusion and feeling connected.

The perfect example of this is found at the Habonim Dror Jewish youth movement’s seven North American camps, where a gender-inclusive hybrid form of the language is being piloted this summer. 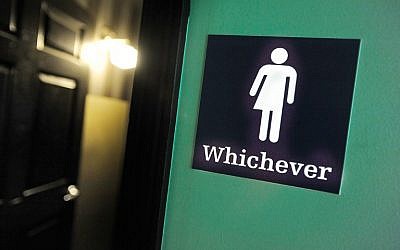 A gender neutral sign is posted outside a bathroom at Oval Park Grill on May 11, 2016 in Durham, North Carolina. (Sara D. Davis/Getty Images/AFP)

In the era of non-binary gender awareness, at Habonim Dror, the rules of Hebrew grammar are abandoned. Instead, as reported this week by the Washington Post, the movement has implemented a new workaround for the gendered nature of the language.

For example, the word “camper” (masculine “hanich”/feminine “hanicha”) becomes “hanichol” at Habonim Dror camp, wherein the singular noun is given a new “chol” ending, alluding to the Hebrew word “kol” or “all.” Additionally, campers are taught plural nouns with an inclusive “–imot” suffix (as opposed to Hebrew’s more regular “-im” for masculine and “-ot” for feminine).

“It really reinforces the impact of summer camp as a safe space,” North America director for Habonim Dror Sara Zebovitz told the Washington Post. “Camp has always made it okay to say, ‘I can be myself here.'”

But it’s not really Hebrew, says the Jerusalem-based Academy of the Hebrew Language, the official Israeli body tasked with generating new Hebrew words and codifying grammar. 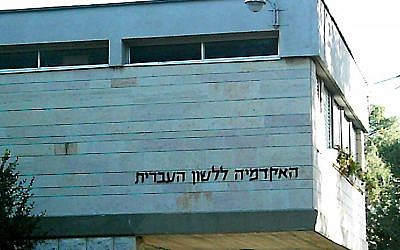 The building of the Academy of the Hebrew Language in Jerusalem. (Public domain/Wikipedia)

In conversation with The Times of Israel, the academy’s scientific secretary Ronit Gadish was sympathetic to the motivations behind the camps’ grammatical “innovations.”

However, said Gadish, the innately gendered nature of the Hebrew language means that these “workarounds” would only cause further complications down the line for Hebrew speakers attempting to implement them in full sentences (rather than the sprinkling of Hebrew nouns used in English sentences at summer camps). Hebrew, like most languages in the world aside from English, employs specific inflections to its words for number and gender.

“Wherever you turn in Hebrew, there is gender — the nouns, the verbs, the numbers. With this solution, what do you do with it in command form?” asked Gadish.

“At the academy, our job is to guide the language according to its nature, and its nature is innately gendered. We would need to invent a whole new grammar to accommodate a new gender-neutral form,” Gadish said. If, however, a grassroots solution could be found gathering huge critical mass, she indicated the academy would be potentially open in the future to discussing the issue.

But don’t look to North American summer camps as a place to address or redress the intricacies and inflections of Hebrew grammar. The idea of Hebrew at camp is not to achieve fluency, said the study’s researchers, but to promote encounters with the language as a connector to Israel and the Jewish people in general.

As such, wrote the researchers in an eJewishPhilanthropy op-ed, “Hebrew can be more purposefully used as a tool for promoting Jewish unity and cultural vitality. When Hebrew is infused into the camp’s soundscape and visual landscape, it inspires cultural expression and serves as a group marker, conferring insider status even as it sidesteps potentially divisive religious or ideological differences.”

Whether the new non-binary forms adopted by Habonim Dror will catch on, it is heartening to see that along with the very useful “quiet please” (sheket bevakasha), the top ten Hebrew words in daily use at most Jewish summer camps include “Shabbat shalom” and “tikkun olam.”