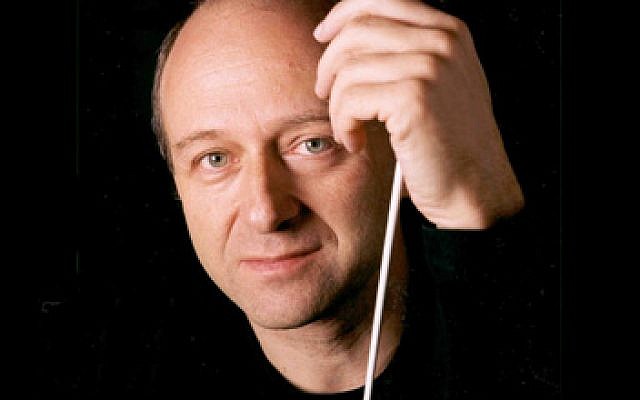 The story of Hungary’s most infamous anti-Semitic show trial is set to hit the stage as an opera composed by the renowned Hungarian Jewish composer Ivan Fischer.

Fischer, a musician and brother of the conductor and campaigner against anti-Semitism Adam Fischer, based the piece — his first opera — on the blood libel invented in 1883 against 15 Jews from the eastern village of Tiszaeszlar. The Jews were acquitted of allegedly killing a Christian girl to use her blood to make matzah — an ancient anti-Semitic trope.

The Budapest Festival Orchestra is scheduled to perform the piece, titled “The Red Heifer” on Sunday at the Hungarian capital’s Millennium Theater along with five other pieces composed by Fischer.

The grave of the 14-year-old girl, Eszter Solymosi, in recent years has become a pilgrimage site for Hungarians on the far-right, Fischer told Reuters in an interview published Tuesday.

On the orchestra’s website, Fischer wrote: “I have been thinking incessantly about composing this opera for 25 years now. The Tiszaeszlar Affair becoming a present day hot political issue finally helped me. The same responses, stereotypes and petrified, unreasonable prejudices appear nowadays.”

Last year, Adam Fischer told JTA he believed that the anti-Semitic tendencies of the ultranationalist Jobbik party, the third-largest faction in the Hungarian parliament, were “a danger to the whole of Europe.”